The Nintendo Switch is probably my favorite video game hardware…ever

The Nintendo Switch is my favorite game system hardware that has ever been made, and it's the most innovative hardware any game company has released in years. I'm only on my third day with the Switch, but it's made a strong impression on me already. Here are 3 reasons the Switch is blowing me away.

One: Play how you want

The Switch was marketed as a home game console first, and a portable machine second, but my early impressions are that the Switch is equally great at both. The simplicity of transitioning from docked to portable mode and back to docked is amazing. There is essentially no delay in the transition from one modo to the other. The tablet screen is on before it's even pulled fully out of the dock, and there's a few second delay when going from portable to docked, but I think that's mostly an HDMI thing rather than a Switch thing. Either way, it's really fast. 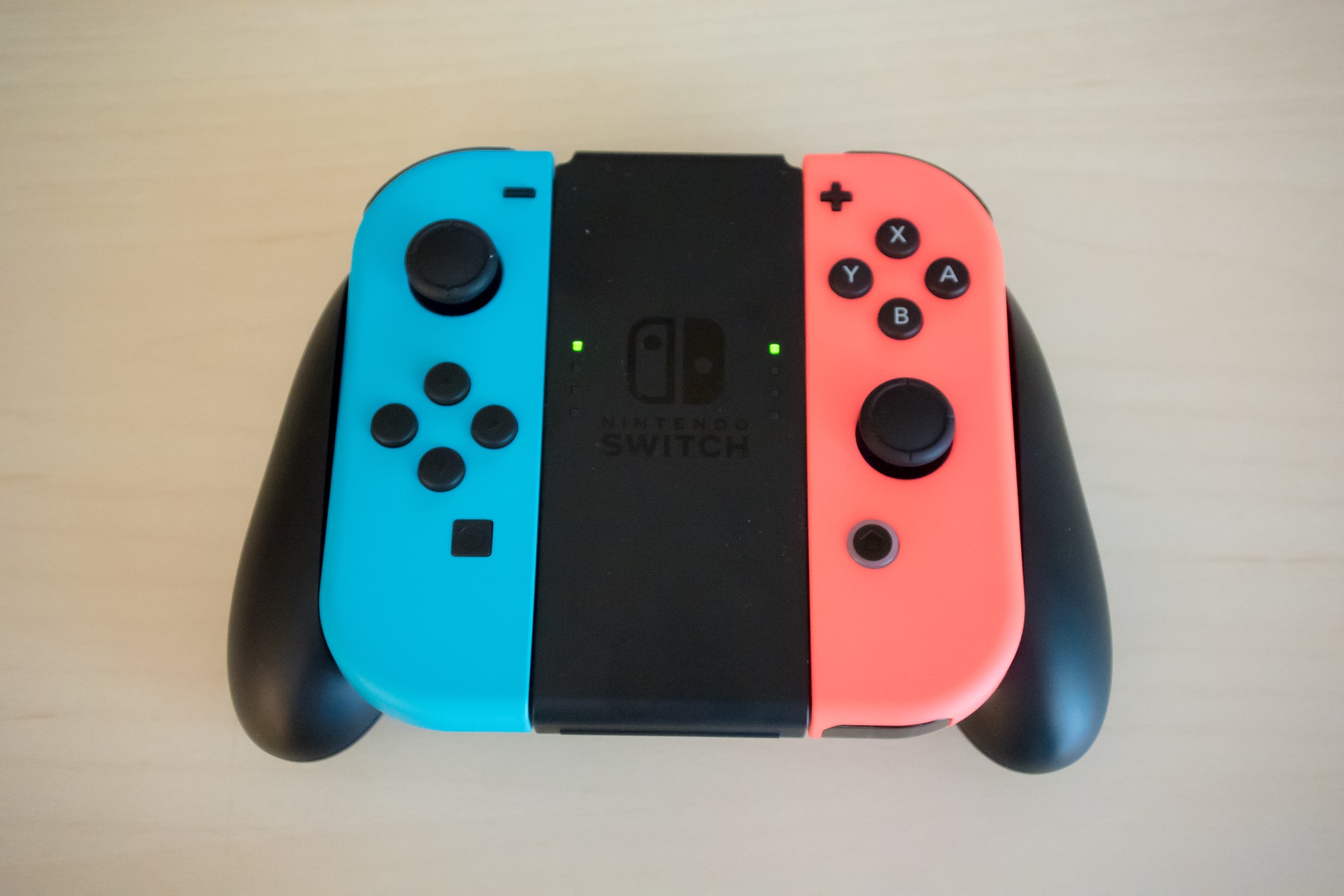 Moving beyond docked vs portable play, there are tons of options for how to control your game. If it's docked, I can us the Joy-Cons attached to the included Joy-Con grip and it feels like a traditional (if oddly sized) game controller. I can also hold the Joy-Cons completely untethered from one another and rest my hands wherever they are most comfortable. This could be especially great for people who have carpal tunnel issues and need to hold their arms at more natural angles. I don't have issues with this, thankfully, but even I enjoy being able to just have my arms where they are comfortable and play like that. I never even considered this as something I'd be interested in before I had this, but I love it. 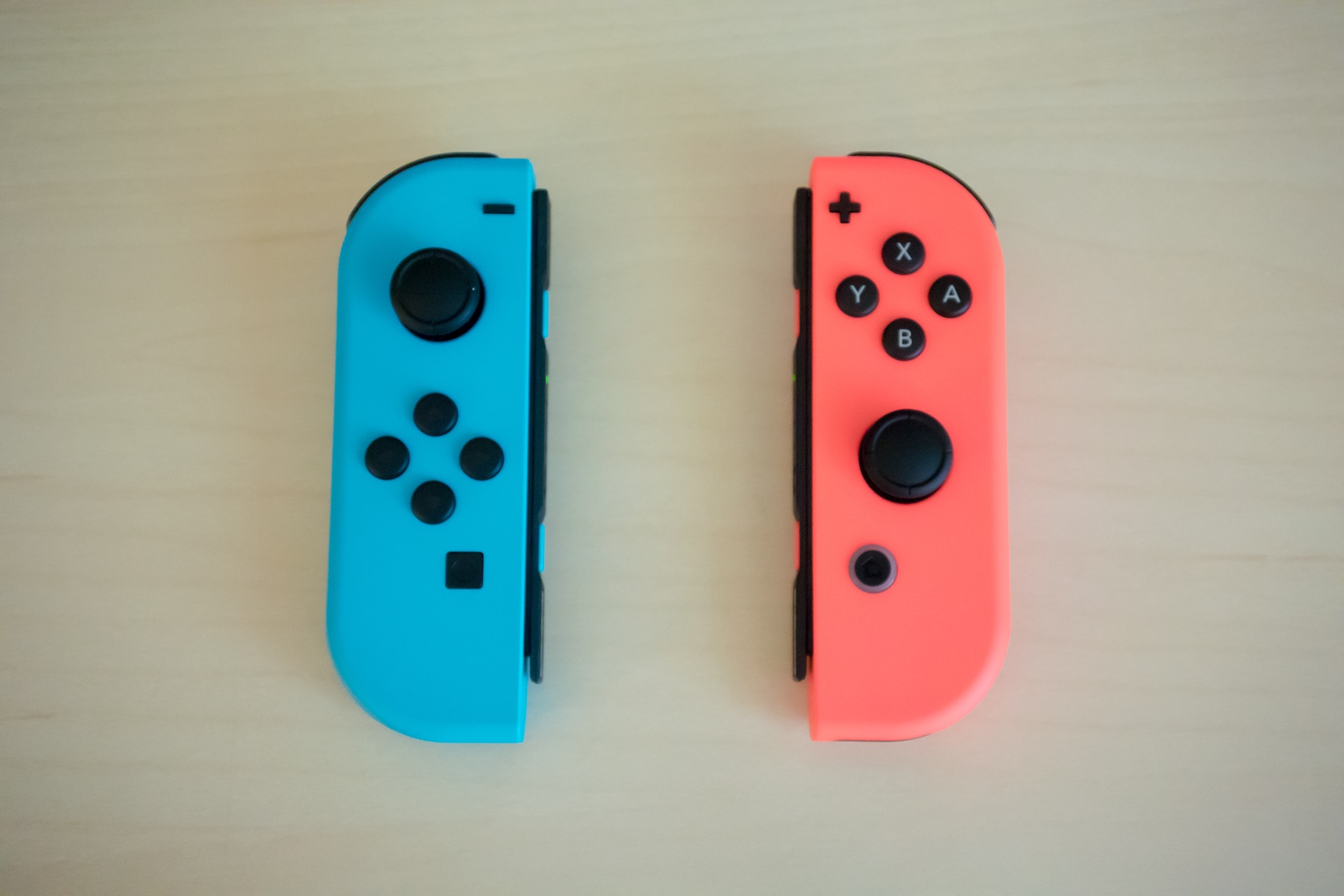 I got quite a bit of joy (pun not intended) from being able to hand one of the Joy-Cons to my wife and we each used one to play Mario Kart 8. It's not quite as nice as playing with full controllers, but it's great to be able to have multiplayer gameplay possible right out of the box without needing to buy more hardware.

And finally, I can upgrade from the Joy-Cons to Nintendo's Pro Controller and get a controller that feels very similar to a PS4 or Xbox One controller if I'm more comfortable with that. It's absolutely not required, but it's an option for people who want it. 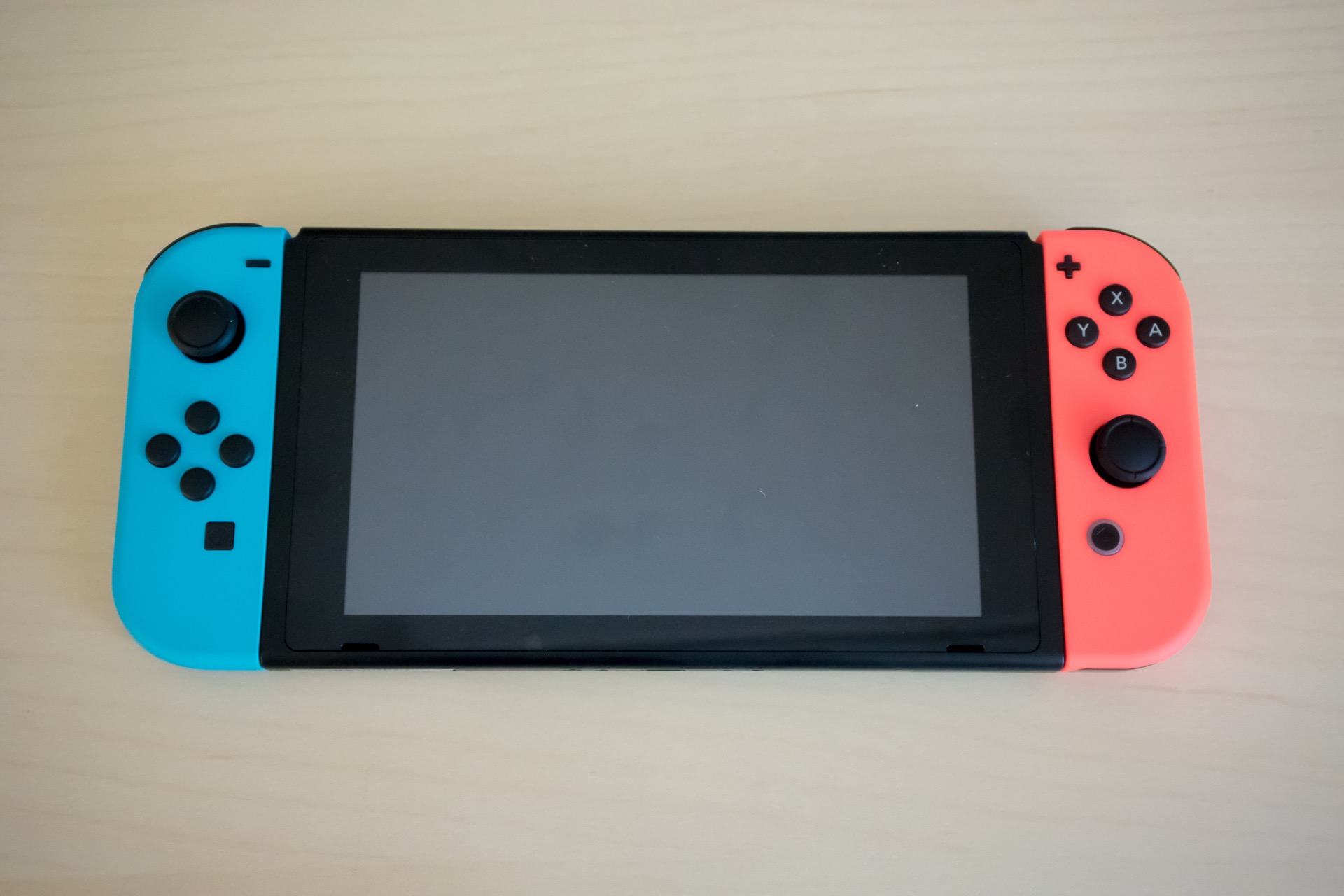 What's wonderful is when you undock the Switch and start to play portably, none of those above options go away. I can still us the Joy-Cons in the grip, I can use the Joy-Cons separately, I can hand one to someone else to play multiplayer games, or I can use the Pro Controller. I have one more option in this mode, and it's snapping the Joy-Cons onto either side of the Switch tablet and play like it's a big portable console. This is how I've spent most of my early time with the Switch, and it's a great way to play.

Unlike every other attempt at hybrid TV/portable gaming, you never feel like you're compromising with playing one way of the other. That's a huge accomplishment and can not be over-appreciated. 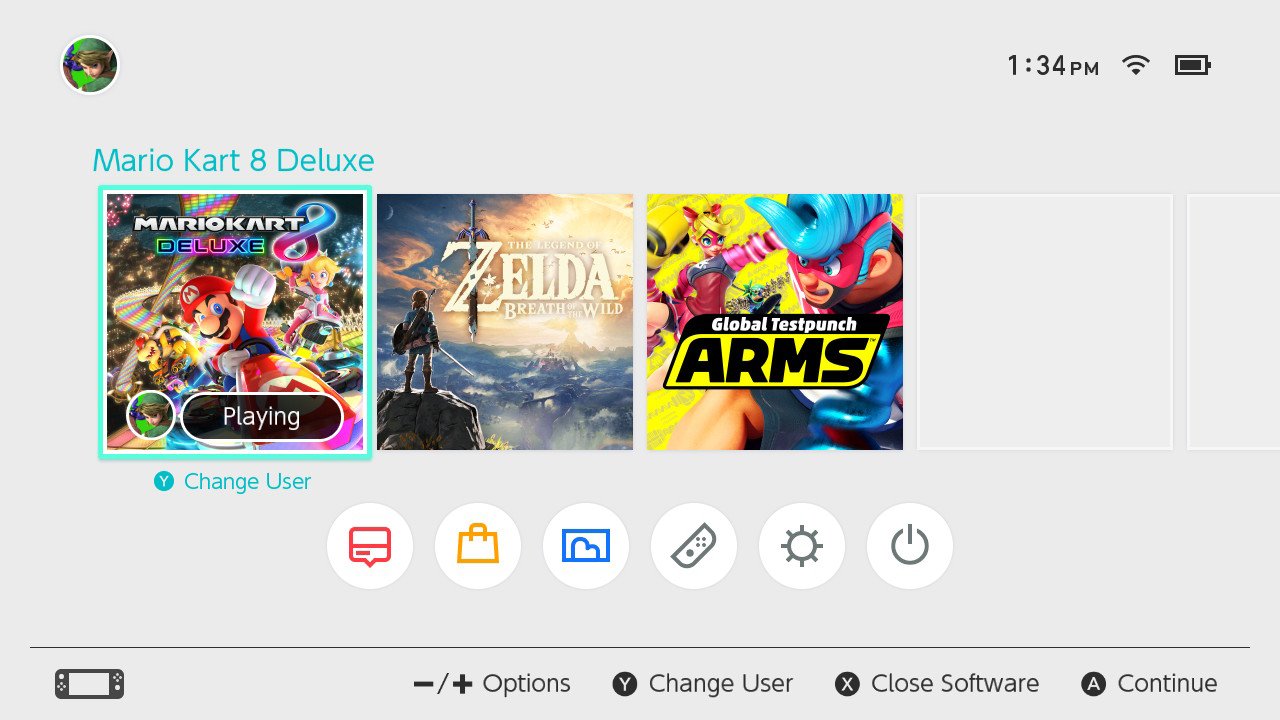 Unlike every other piece of Nintendo UI since the Wii, the interface on the Switch flies. Every action feels like it happens immediately, and I never feel like I'm being slowed down by the software. The menus are crisp and clean, and look thoroughly modern.

Even features that the PS4 and Xbox One enjoy, such as instant-on games are a reality here, and it's just as amazing as it is on those more powerful consoles. I can turn my Switch "off" (sleep mode, really) and come back later and open up Breath of the Wild to the exact spot I left off. I was also able to pause Breath of the Wild, go to the eShop and buy Mario Kart 8 Deluxe, start the download, and then go back to playing Breath of the Wild without a hitch. Again, I can do this on the PS4 and Xbox One already, but being able to do it on a less powerful machine makes the Switch feel like it's playing above its weight class, and that's great.

The Switch makes it easier to (ahem) switch between different users. I don't have a lot to say about this, but the fact that you can share a single Switch with multiple people and everyone gets their own settings and game saves is amazing. Something like this would have been great to have when I was younger and I shared my gaming systems with my bother and sister. No need to share game saves anymore 😍.

I have been bowled over by the hardware and user interface in ways I was not expecting. I knew I would enjoy my Switch, but I was not expecting to be this overwhelmed. I have not even talked about how amazing Breath of the Wild or Mario Kart 8 is on the Switch, but even without those, I'm a very happy camper. Maybe I'll come down from this high in a few weeks, but I've owned a good number of gaming devices over the years, and this is the strongest first impression I can remember having to any of them.

The Switch is still very hard to find in stores, but if you are thinking about getting one and happen to come across one, I give it my highest recommendation.

A love letter to my Apple Watch (redux)

This is not my first love letter [https://birchtree.me/blog/a-love-letter-to-my-apple-watch-2/…

I watched every moment of Google's I/O keynote [https://www.youtube.…