Things This Apple Fan Loves About the Microsoft Surface Go

I've made my concerns with the Surface Go clear, so let's talk about some of the things that just make me happy when using this thing. 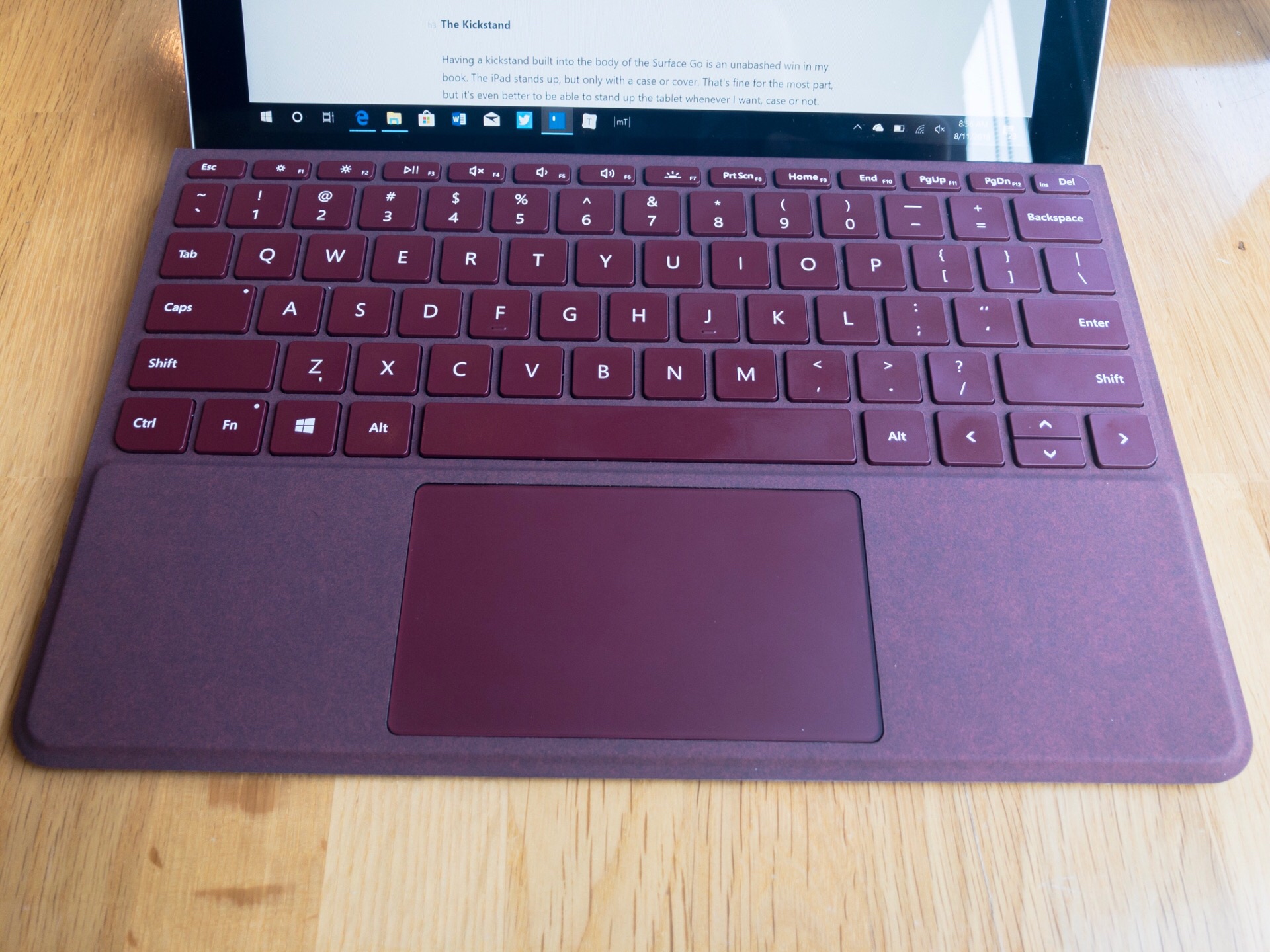 Microsoft knows how to make keyboards, and this mini version is no different. As someone who uses an iPad Smart Keyboard most of the time, the slightly compressed size is not a problem for me, and I was comfortable typing on it in just a couple hours.

The keys are regular old chicklet-style keys and are very satisfying to type on. There is 1mm of travel, and it feels perfectly fine to me. It's more than the Smart Keyboard, and feels very similar to my 2015 MacBook Pro.

Then there's the trackpad, which is smaller than a laptop's, but is by far the most responsive trackpad I've used on a Windows machine. It's still not quite as nice as the MacBooks' but it's right there.

The fabric on the keyboard is nice and soft, and is generally nice to rest your palms on.

Moreover, the keyboard is fully lit as well! The caps lock and "fn" keys have lights to let you know when they're active, and the whole thing lights up if you want so you can type in the dark. If Apple added this to a new Smart Keyboard, I'd buy it in a heartbeat.

And finally, it snaps into the Surface's connector with a strong snap that would make any iPad Smart Cover lover happy. 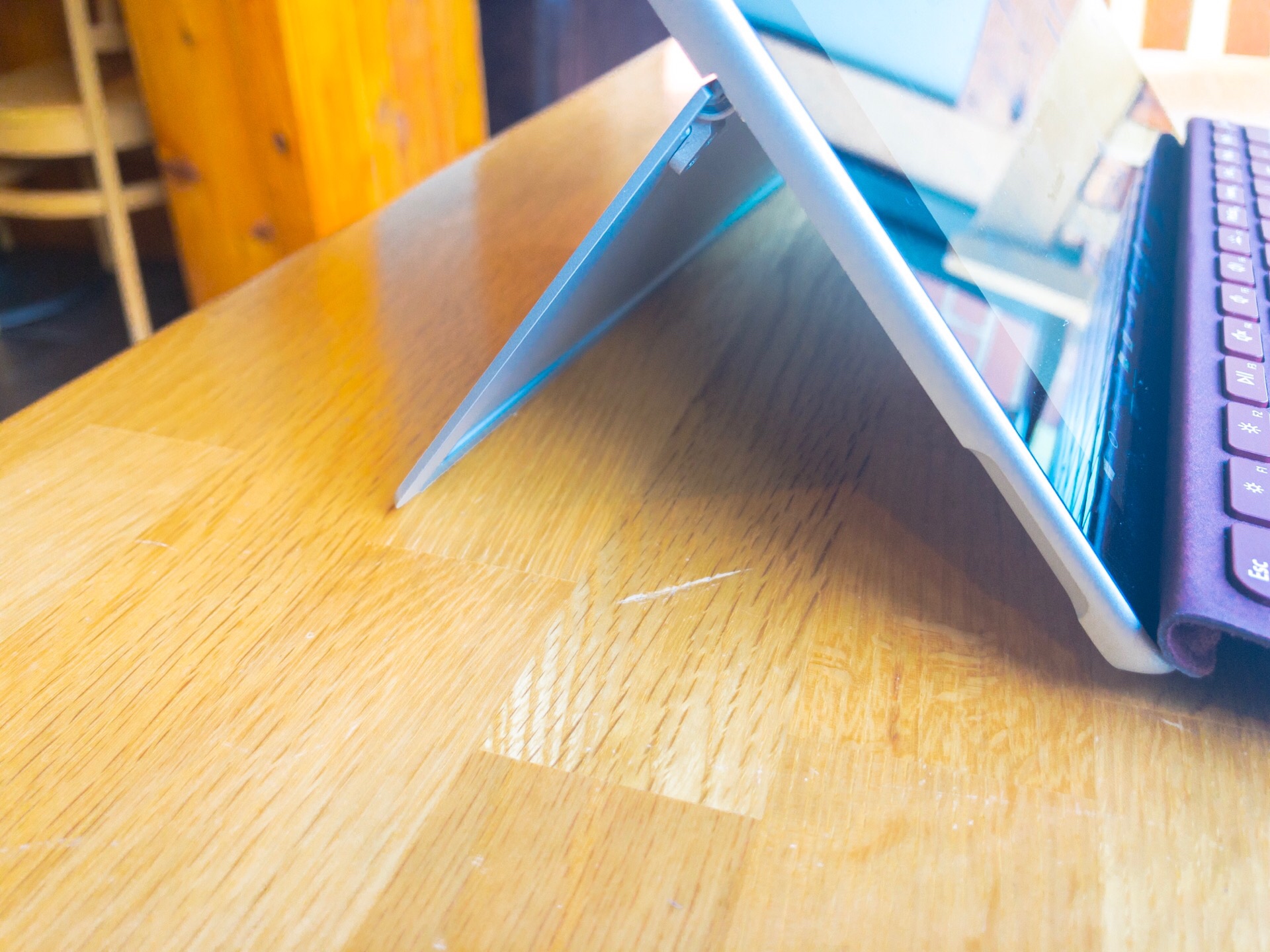 Having a kickstand built into the body of the Surface Go is an unabashed win in my book. The iPad stands up, but only with a case or cover. That's fine for the most part, but it's even better to be able to stand up the tablet whenever I want, case or not. The fact that the stand is infinitely flexible and can go from closed to a full 165 degrees (basically flat the other direction) means I can always get an angle that works for ever situation.

You might think this would be annoying to have on the device at all times, but I find the way Microsoft has integrated it into the body of the device to make it basically disappear.

My only problem with this is that it is so thin, the edge is sharp and leaves a mark when using it directly on my lap. It's generally fine on jeans, but I definitely notice some irritation when it's on exposed leg.

Connecting to an External Display 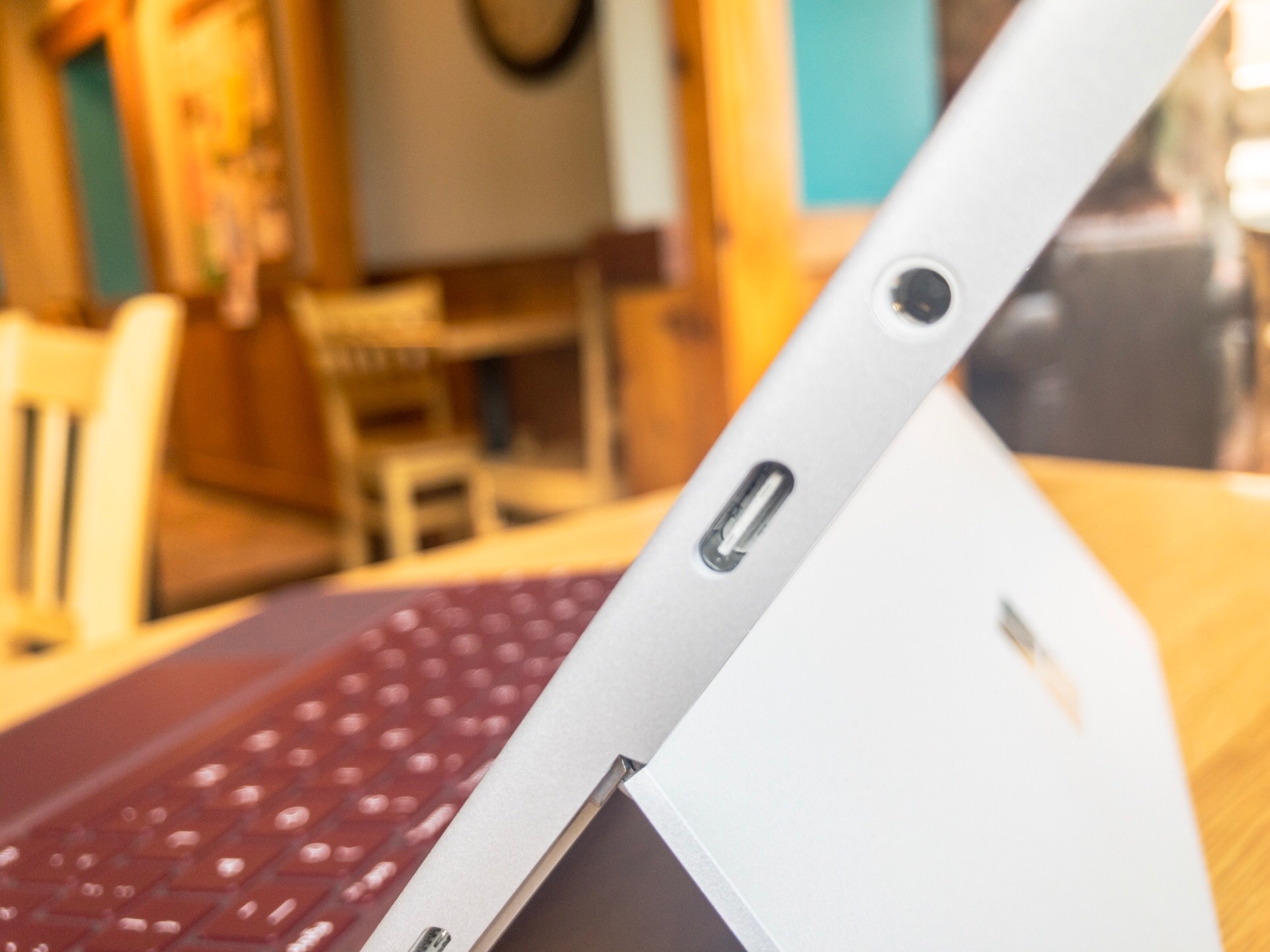 I keep asking for Apple to allow this on the iPad, because the ability to plug this into my 27" screen and use it at that higher size and resolution is wonderful. This wouldn't work on the iPad of course unless you had a larger touch screen, but it would totally work if you had one of those (not that this is impossible, of course). 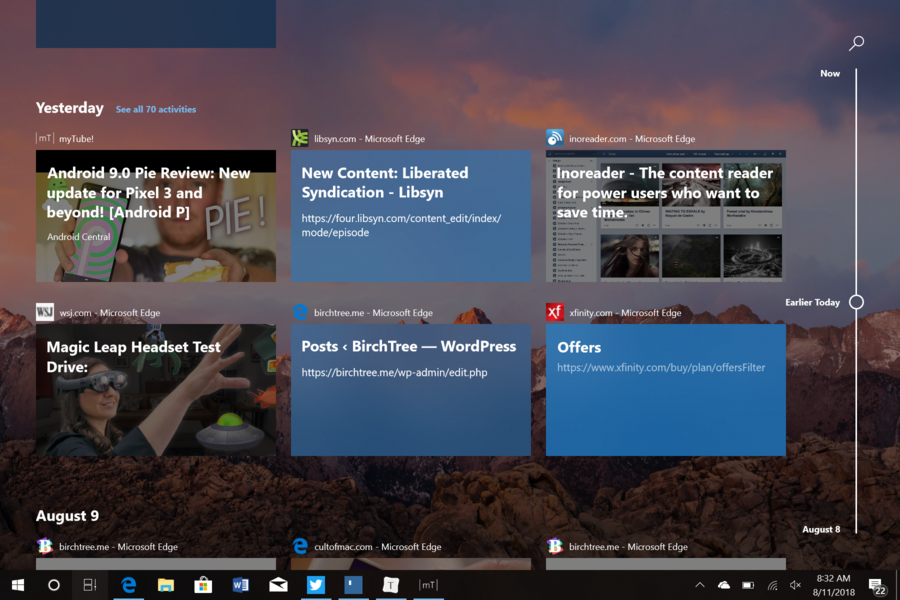 Windows has this cool feature called Timeline that shows you things you were working on or looking at in the past. You get to this by pressing Windows+Tab, which will show you the currently running windows, and you can scroll down to see previously-closed documents and websites.

Apps have to opt in to have their content display here, but if your apps support it, it's great. They even have a search box where you can search for whatever you want and it'll show you things in your timeline that match your query. This is really nice for those "wasn't I just looking at that?" moments.

Don't Wait For Tech Giants to "Fix" News for You