Apple Doesn't "Get" Fashion, and Maybe That's a Good Thing 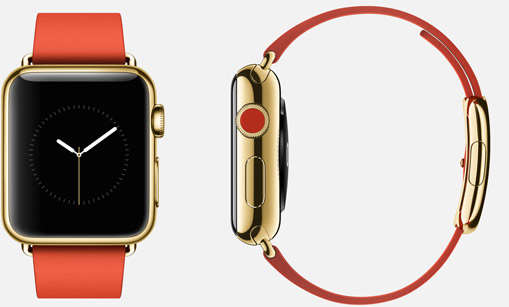 Leslie Price wrote this article about how the tech world doesn't understand fashion. It's getting a ton of attention, and it is a well-written piece, but I disagree with plenty of it.

Instead of being released at $350, it would hit stores with a price tag in the thousands. Consumers would clamor to get their hands on one, only to be stymied by limited runs, which would further stoke desire. Only after a few years of artificial scarcity would it enjoy wider release.

Obnoxious? Maybe. But to do cool right, brands have to jettison tech world values like accessibility and utopianism. Cool isn't fair. You can't have it both ways.

Look, I get that Apple dipping their toe in the fashion world is something new and is still something we're getting our heads around. But as much as fashion people may think that Apple doesn't "get" fashion, I would wager that fashion people "get" tech even less. As Leslie mentions, there are plenty of fashion companies that don't like computers at all and have executives that still carry flip phones. I'm not saying that a fashion company couldn't make a smart phone, but I bet you that Samsung would look like a hardware and software savant in comparison to what they would produce.

Moreover, it has to be noted that Apple technically doesn't "get" the technology business either. If they did, wouldn't they be selling super-cheap laptops, license iOS to third parties, and make smart phones at every size from 3.5 inches to 6 inches? And yet they don't. They're the outlier in their own industry and they're crushing it. They're literally the biggest company in the world, and they have done it by breaking all the rules in their industry.

I don't know if the Apple Watch is going to be a success or not, but I do know that Apple probably has a good idea what they're doing.

SwiftDoc Is a Great Reference if You're Writing Swift Code

If you are using Swift at all, SwiftDoc [http://swiftdoc.org] is…

Passion Pit holds a special place in my heart. Their debut album,…