I am not personally an expert on technology in education, but my wife is a high school teacher, and I can at least relay her impressions. She is ain a school that’s all in on Google, both in terms of hardware (kids have Chromebooks, teachers have Windows machines) and software. I showed her Apple’s announcements today and these are her impressions.

The new iPad is the same price as the old one: $299 for education. Each one would need a keyboard case for both usability and protection, so add on another $100 or so. That’s about $399 per student, which compared to their current Chromebooks ($349) ain’t bad.

Her opinion is that the tablet form factor is problematic, mainly because students can barely be trusted to not lose a laptop, let alone a tablet, a case, and a stylus. Also, look at the profile view of an iPad in the new keyboard case Apple showed on stage: 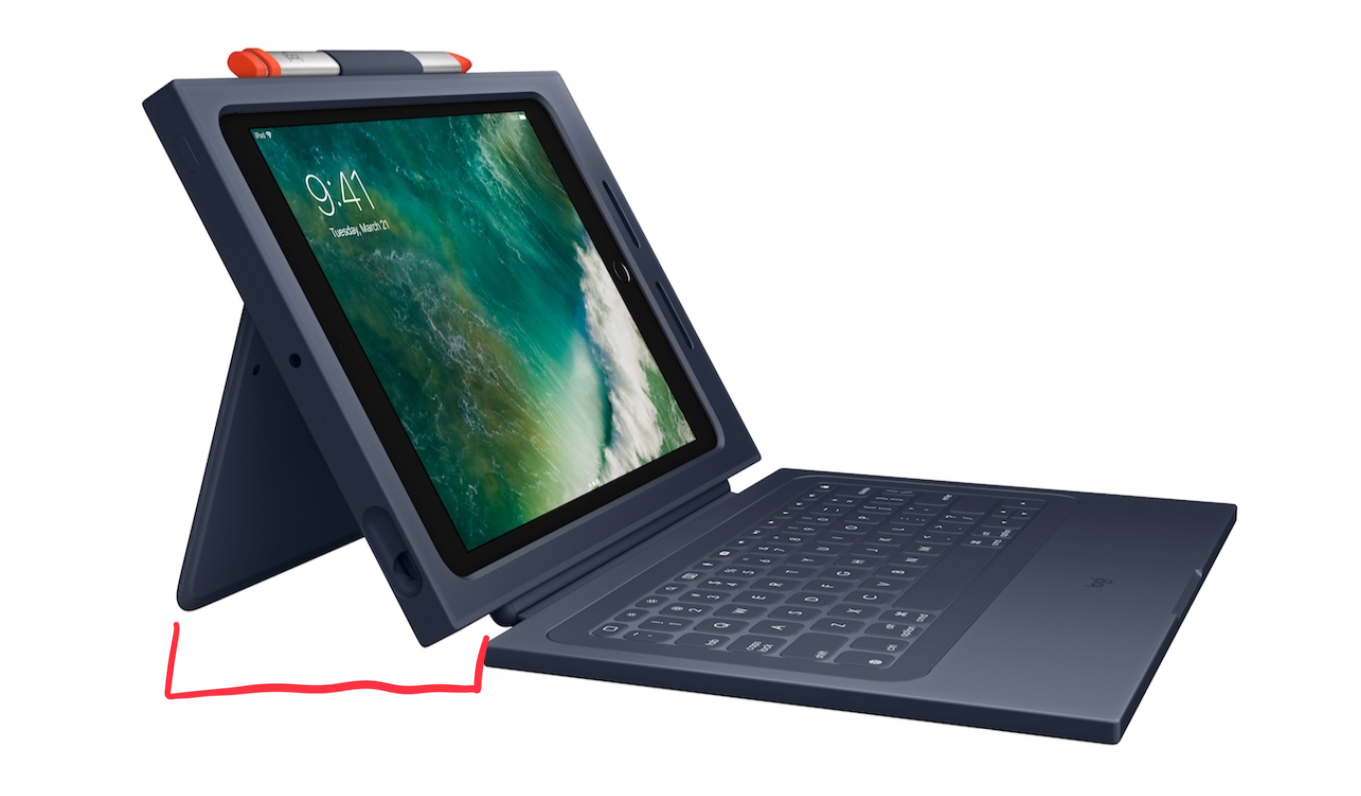 The iPad requires a decent amount of space behind the keyboard to stand up. When kids are using these on small desks, this can be a problem and makes a laptop form factor more appealing. The iPad Pro’s Smart Keyboard does a better job at this, but it doesn’t work with the new iPad.

As I’ve said many times, I’d love to see Apple release an iOS device with a laptop form factor. Something like the MacBook or MacBook Air, but with an iPad’s internals.

On Software (the real opportunity)

Apple announced updates to iWork and Classroom, as well as a new service called Schoolwork.

iWork didn’t do much for her. It didn’t appear to be any better than Google’s apps and the collaboration features don’t look as good. The iBooks Author features moving to the iPad didn’t do anything for her though.

Classroom offers functionality that Google doesn’t offer itself, but her school uses a third party service that does most of the same things. Sher believes they pay for this service, so Apple having a free option would equate to a cost savings at the very least. Overall, it looks good, but wouldn’t bring anything game changing in her opinion.

Schoolwork was the biggest addition and the thing that addresses her major concern with Apple’s education offering. Having a way to manage assignments and track progress from a web app is great, but she wants to see more. At first glace, she said it catches up to Google, but doesn’t add anything notable over their existing software.

ClassKit API is the dark horse here. As apps like Kahoot could tap into the Schoolwork service and do some clever stuff. I’ll definitely be looking at this more in the summer when it’s available.

200GB of iCloud storage was a big win though. “That’s basically unlimited, which is perfect.” Her opinion is that students should never have to worry about running out of space and this change will make that true for all students. Easy, and big win.

Ultimately she seemed to think Apple was doing good things, but it wouldn’t be enough for her school to reassess their tech strategy for the 2018-19 school year. The cost is basically a wash1, which frankly is impressive for an Apple product, but the benefits didn’t impress her enough to say “I wish we had that!”

200GB of Free iCloud Storage for Students, but What About Everyone Else?

200 GB iCloud Storage for Students; What About the Rest of Us?…