I plugged my HomePod moments after UPS valiantly brazed the winter storm to get it to my front door. Despite my concerns, I was very much looking forward to this device and was waiting with bated breath all morning. Given just about 4 hours with the device, here’s what I think so far.

Set up is a breeze

Setting up the HomePod is simply a matter of plugging it into a wall, holding your iPhone next to it, and waiting like 30 seconds. See the video above, but it’s stupid simple.

Once setup is done, it asks you to tell it to play a song. Mine played “Same Mistake” by Clap Your Hands Say Yeah, which is pretty on point for me. Of note, I’m an Apple Music subscriber so it knows what I like already. I have no idea what it does if you don’t have Apple Music yet.

I am not a good judge of this sort of thing, as the fanciest speakers I owned before today was a pair of Bose Companion 2 speakers that cost $100 and I got like 10 years ago. However, my dad lives close by, has a Bose SoundTouch 20 , and has an ear for music, so I took it over there and had him listen too.

From my perspective, the HomePod produced better sound than anything I have by a mile. The SoundTouch 20 put up more of a fight, but frankly I felt the HomePod did a better job of separating elements in the music and producing a more satisfying sound. Live music sounds especially incredible on the HomePod.

My more discerning dad was more on the fence between the SoundTouch and HomePod. He thought the HomePod really did fantastic at making vocals crystal clear, and made songs he’d heard many times sound different from what he’s used to. But the SoundTouch produced more bass and had a higher max volume. He was pondering getting one if it sounded way better, but it was close enough that he appears (at least for now) to be happy sticking with what he has.

I listened to music as well as podcasts, and everything sounds great. For someone like me, it didn’t blow me away right away, but it really came into its own when put head-to-head with other speakers in the same class. 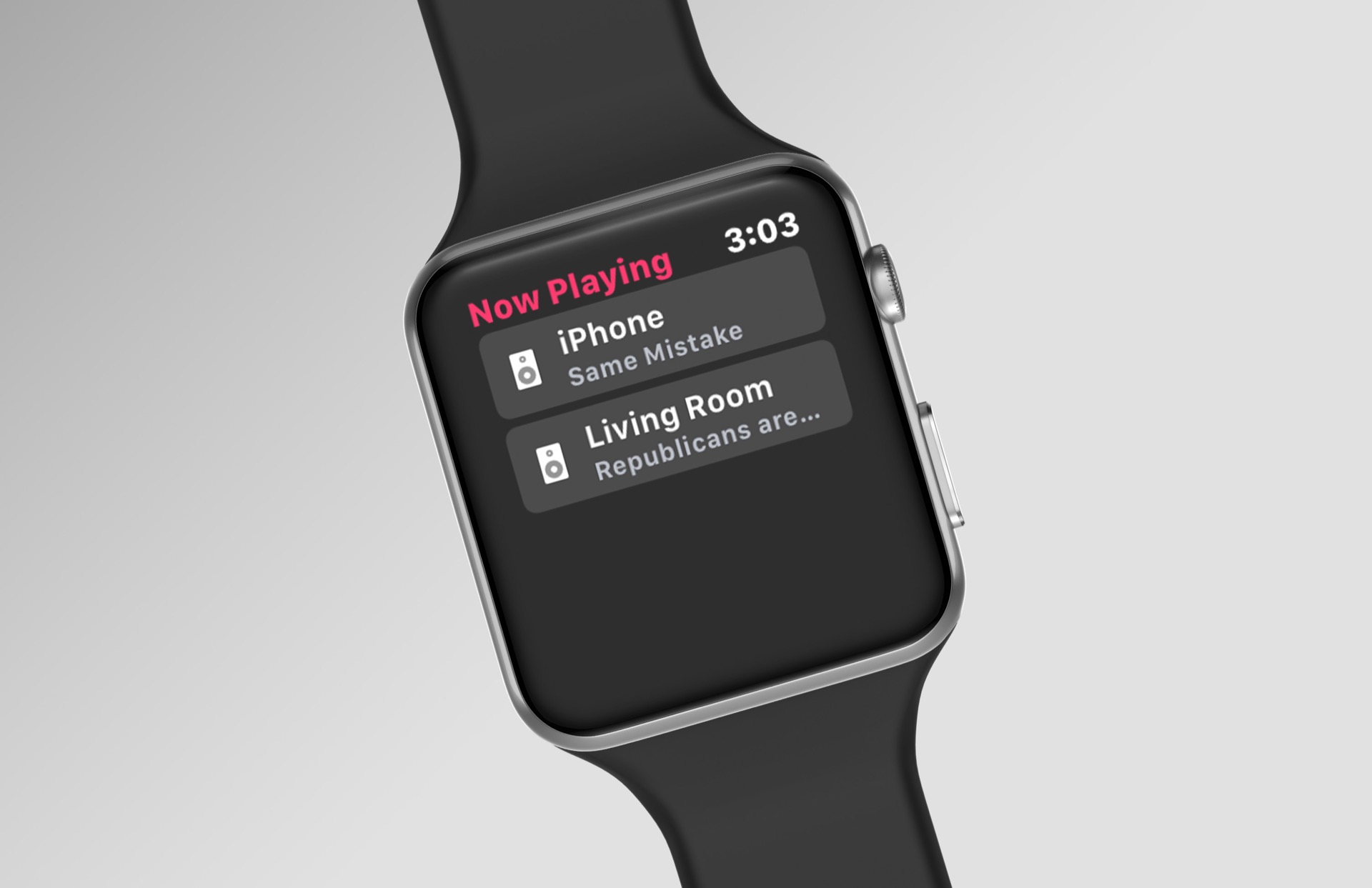 I had no idea I could control HomePod from my Apple Watch, but it was a nice surprise. It works exactly the same as it does on your iPhone, where the Now playing screen appears on the watch as soon as the HomePod tarts playing something. I have full navigation, play/pause, and volume control like I would on the phone.

While I fully expect to do most HomePod control via voice, this is a nice alternate.

Note that this appears to be a feature added in iOS 10.3. I’m on the developer beta, and this feature should be in the stable release in the coming month or so.

Siri is the main interface to this device, and I will reserve final judgement for later, but my first impressions have been rocky at best. The good news is that Siri is ridiculously good at hearing me, even over loud music. I had to raise my voice a smidge when it was really blasting, but nothing like my Echo or Google Home where I’ve had to literally walk up to it and basically yell “pause, damn you!”

The other good news is that Siri has done an excellent job of parsing my requests. From what I can tell, it has not misinterpreted any of my words once, which is fantastic.

The not-so-great news is that Siri seems more picky than the other assistants in terms of what it wants you to say. Before the pitchforks come out, this is the case when it comes to music, HomePod’s bread and butter.

For example, I wanted to stop playing a song and said, “Hey Siri, stop,” thinking that would make it stop playing. This phrase works on Alexa and Google, so I am used to saying it. Her response was “I’m sorry, I’m still learning.” I had to say, “Hey Siri, pause” to get it to pause the music. I just tried it again when writing this piece and this time saying, “stop” worked fine. Hrm.

Then I was playing a podcast in Overcast on my iPhone and AirPlaying it to the HomePod. I said, “Hey Siri, pause” and it did exactly what I expected. However, 5 seconds later when I said, “Hey Siri, play” it said, “Ok, here’s your Favorites Mix.” In those 5 seconds I either forgot that I was just listening to a podcast or it interpreted “play” as “play me some music.” That does appear to be the case, as I have tested this further and that does seem to go back to playing in the HomePod immediately after you pause something on the phone.

When it comes to smart assistant stuff, Siri continues to be a bit of a letdown. There are more things that you would expect that it simply does not know how to help you with, and even things that a speaker should do well it does not. For example, here’s what happens when you ask it to play white noise:

That’s not quite the vibe I want when I ask for white noise! Asking in other ways didn’t work either, usually resulting in Siri informing me that “I don’t know how to help with that.” We use this all the time on our Google Home and it is really unfortunate that HomePod seems to have no idea what “white noise” is.

Don’t let the last section of these impressions fool you, I really like the HomePod so far. It sounds very, very good, looks nice, and is pretty easy to control. However, I’m very concerned with Siri’s performance: not only in performing “smart speaker” tasks but in performing its basic duties as a music speaker. Maybe it’s because I’m used to using them, but I don’t remember having such a learning curve with what specific words I need to say to control my music. I’m hoping this becomes more natural quickly.

My review will be in the coming weeks after I get to spend some serious time with this thing.

The HomePod sounds good, but how does it stack up to the…