My Best Photos of the Year

A little over a year ago, I bought my first really nice camera. I got the Nikon J1, mostly because it's a good camera and I got it for a crazy low price. In that time, I've become more comfortable being "the guy with the camera" at events, which was a huge change that absolutely took some getting used to. I felt weird, and that probably made other people feel weird about it. The biggest thing I did to make everyone feel fine about it was to share the results of the photos I was snapping.

So here is a collection of my favorite shots I took this year! 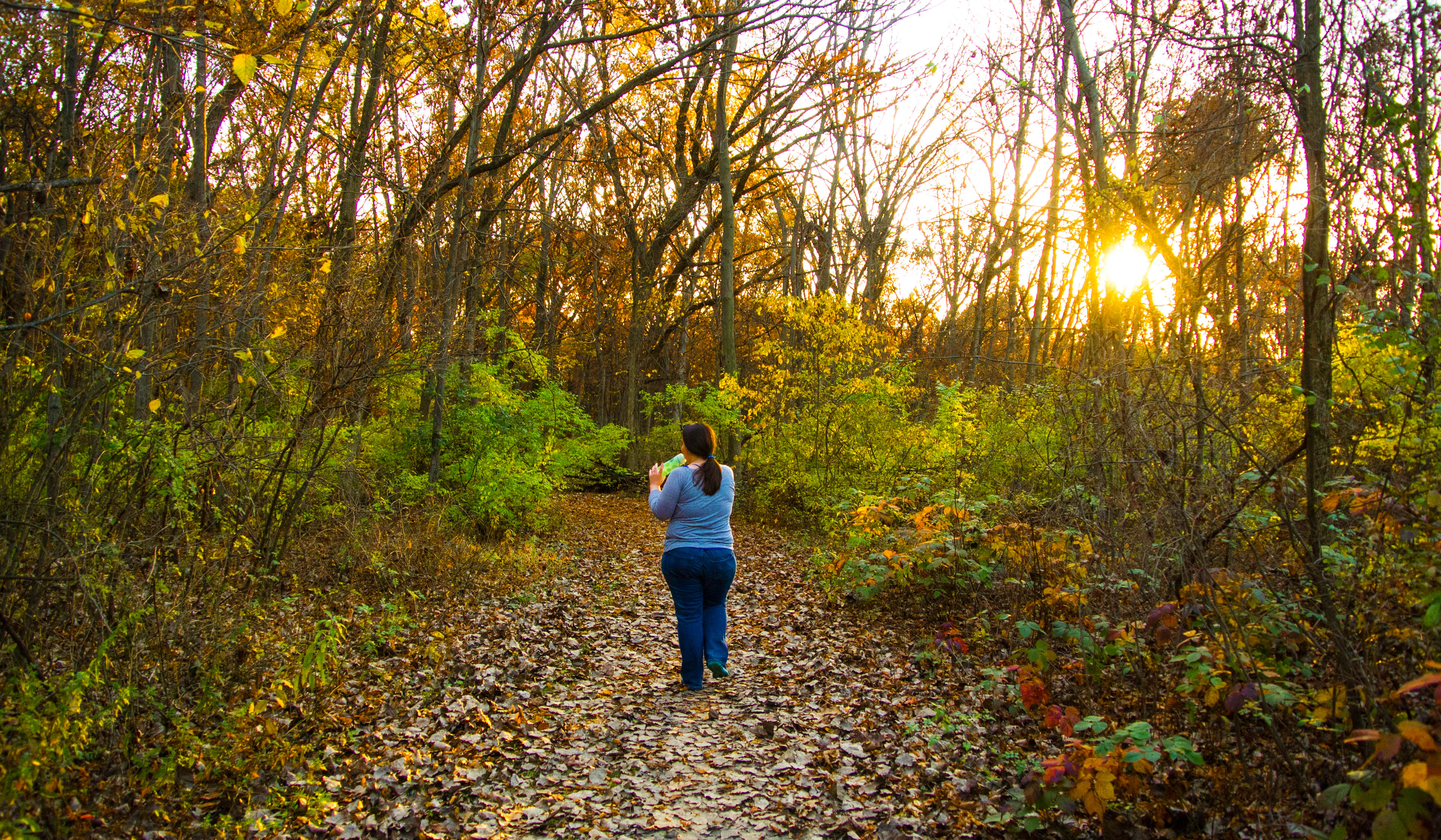 This is my favorite picture of the year. Beth and I went for a walk through a forest preserve in the fall, and it was beautiful. I love this picture not only because it turned out well, but because it immediately brings me back to that day and what I felt then. And that's the whole point of photography. 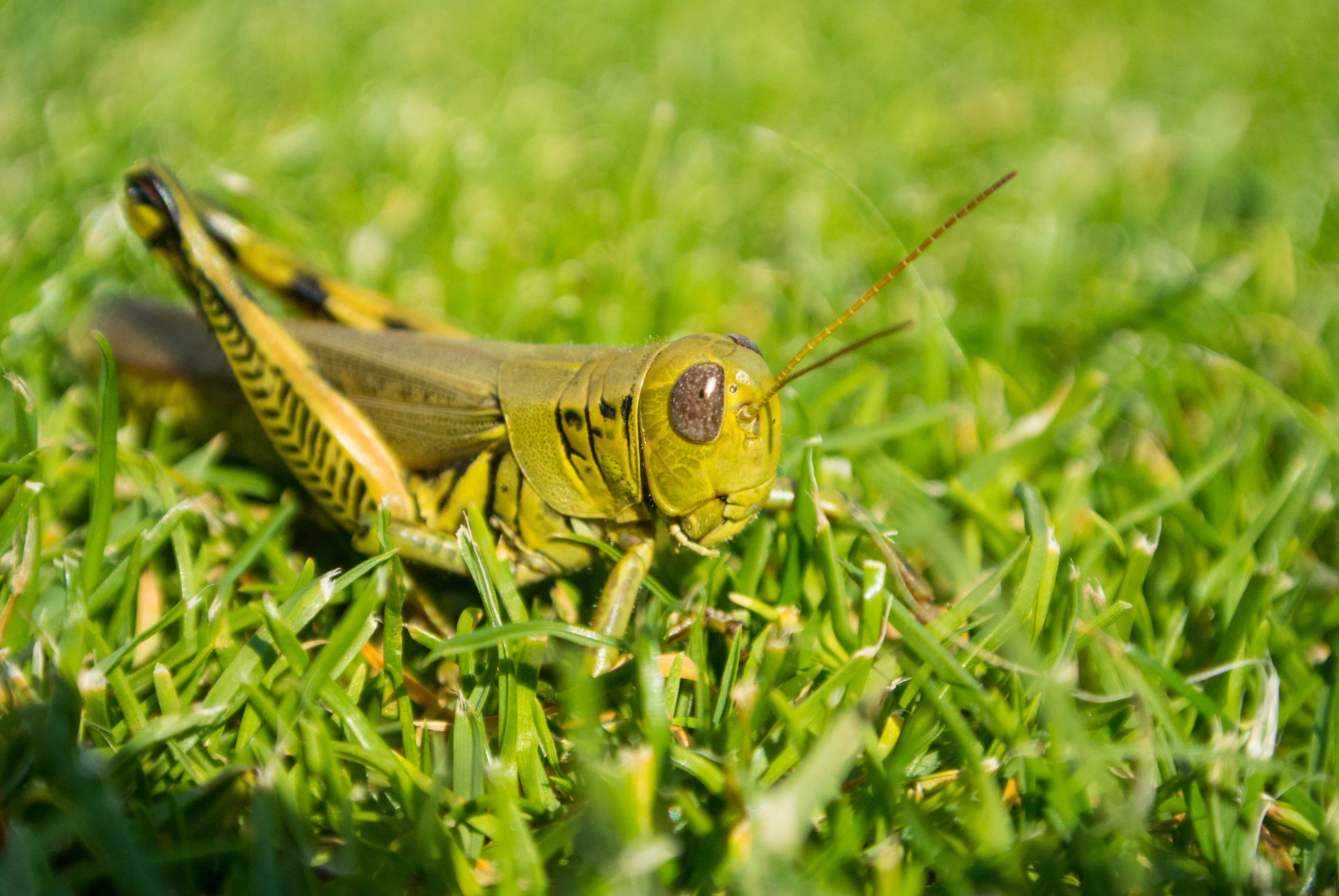 This was a picture I got while golfing this summer. Right before teeing off, I saw this little guy just hanging out by the tee box. He didn't seem to have any interest in moving, so I grabbed my camera and got this quick shot before he jumped away. 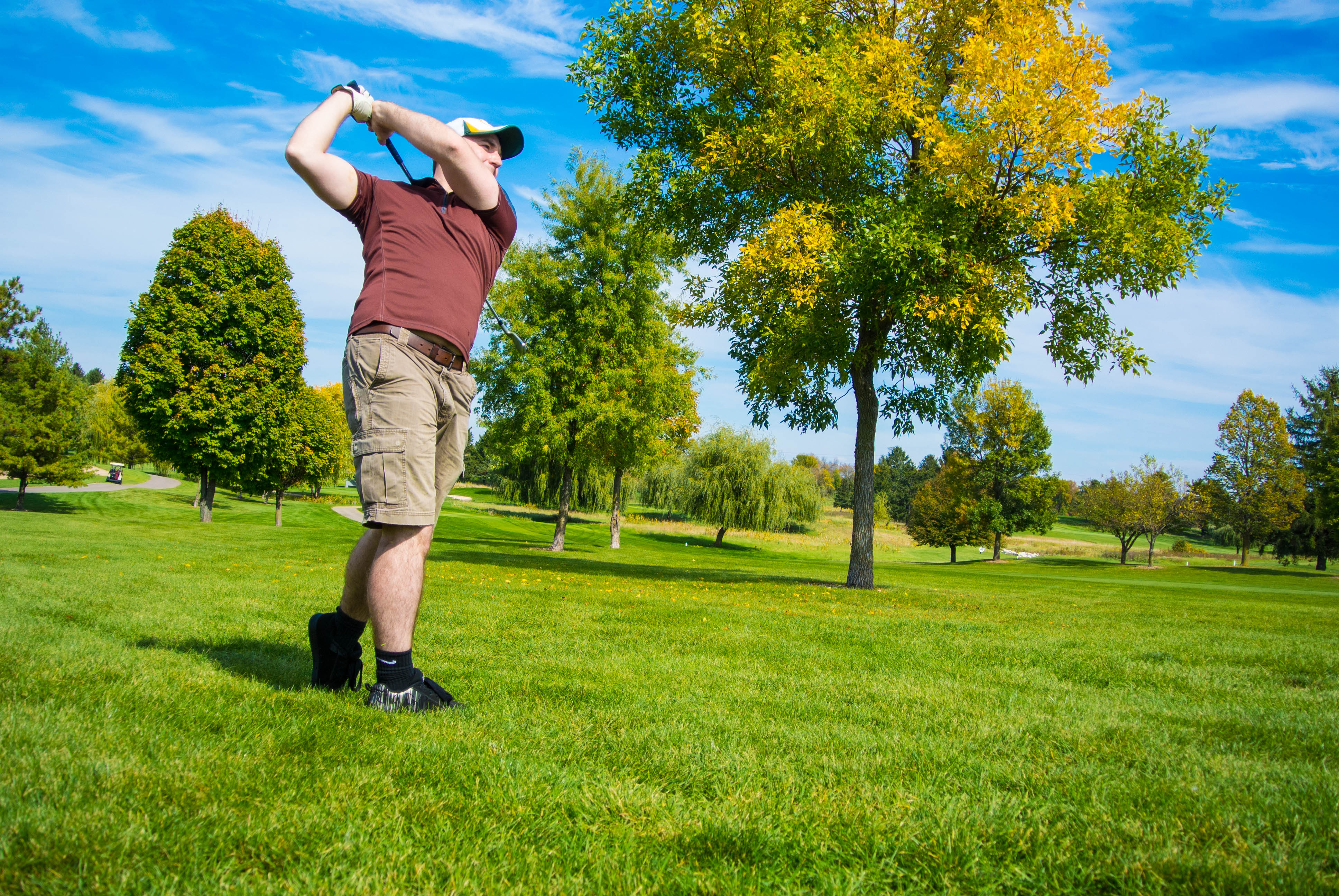 Speaking of golf, this is my favorite golf shot this year. This is my brother taking a shot from the rough this autumn. I love the colors on display and the sharpness of this action shot. 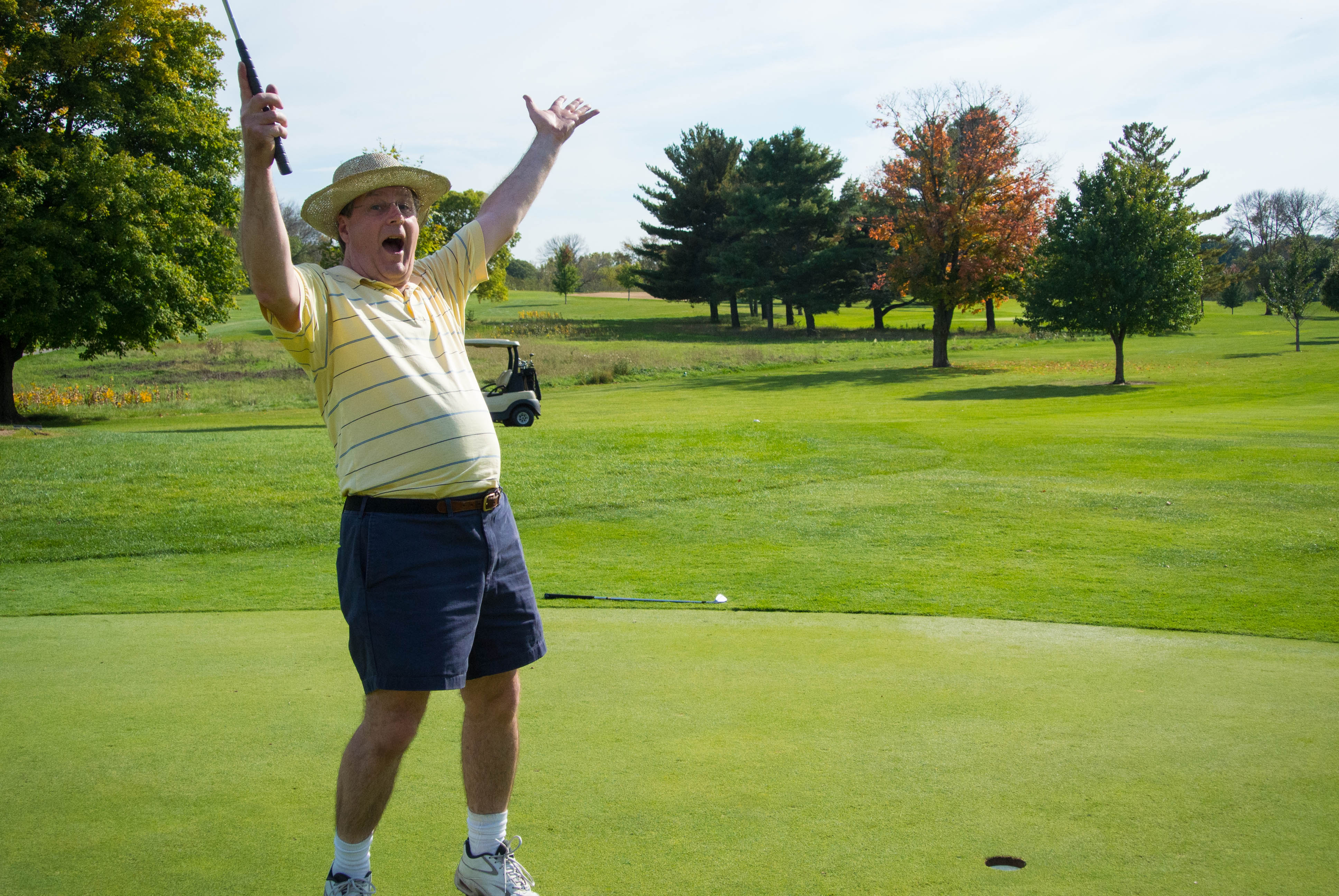 Along the same lines, I love this picture for capturing my dad sinking a putt on the 18th hole. I don't remember what was at stake with this putt, but it captures the magic of getting that damn white ball in the hole. 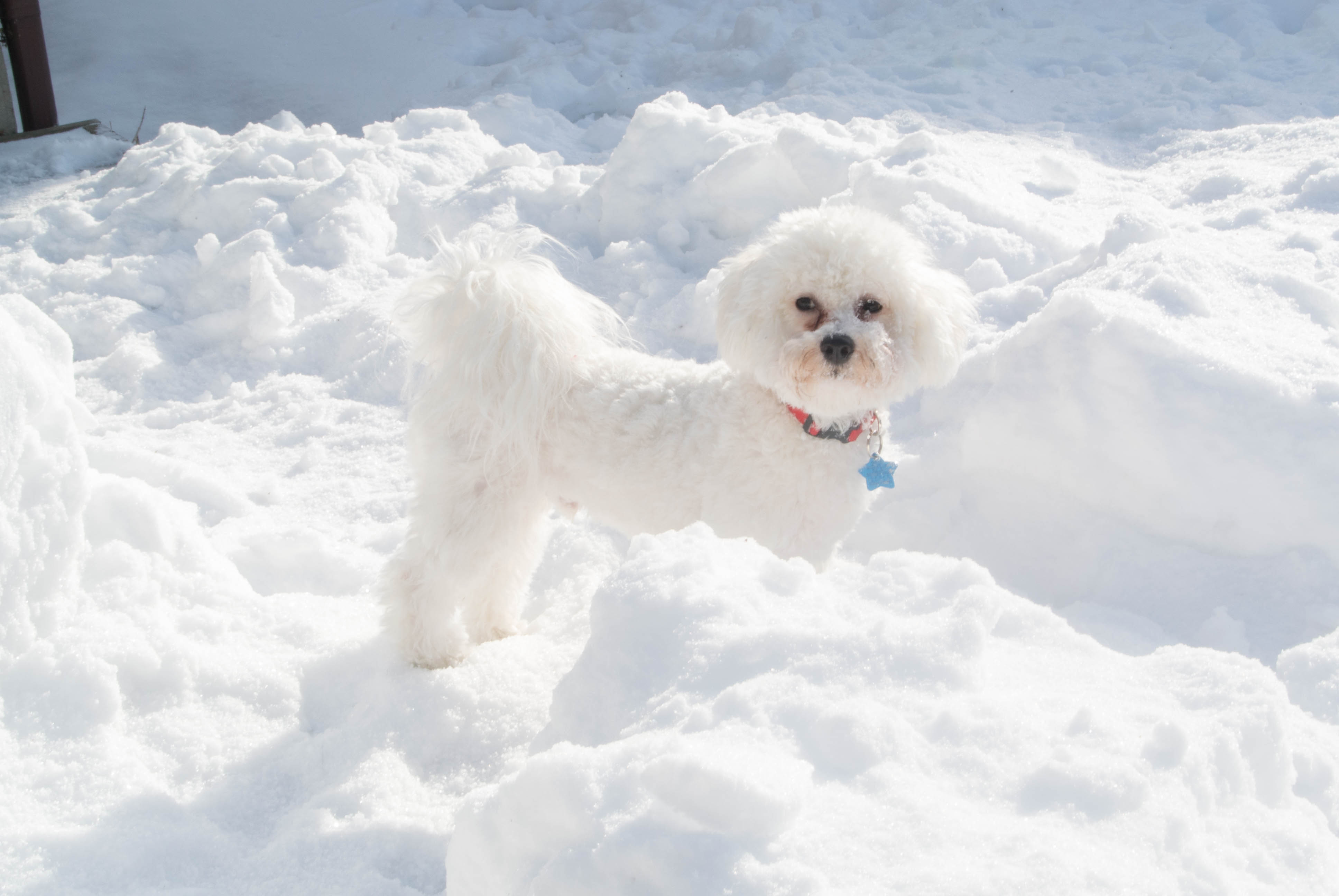 We were dog sitting this little guy for a few days last February, and he liked to play in the snow. He had just been cleaned and was as white as snow. This image is completely unedited to show that yeah, you could lose this guy if he wanted to be stealthy. 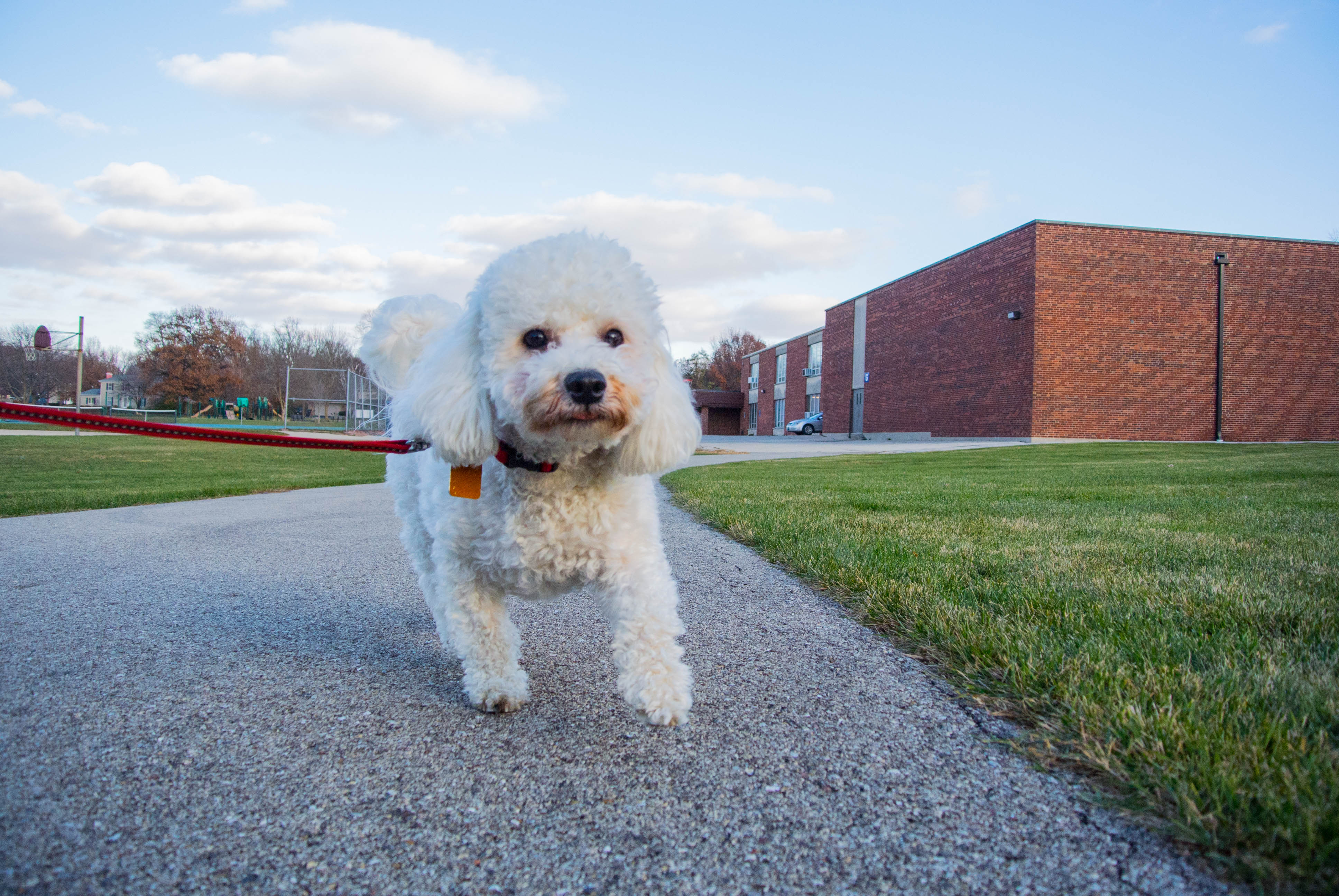 This is the same dog this November. He's getting bigger and is a great walker. 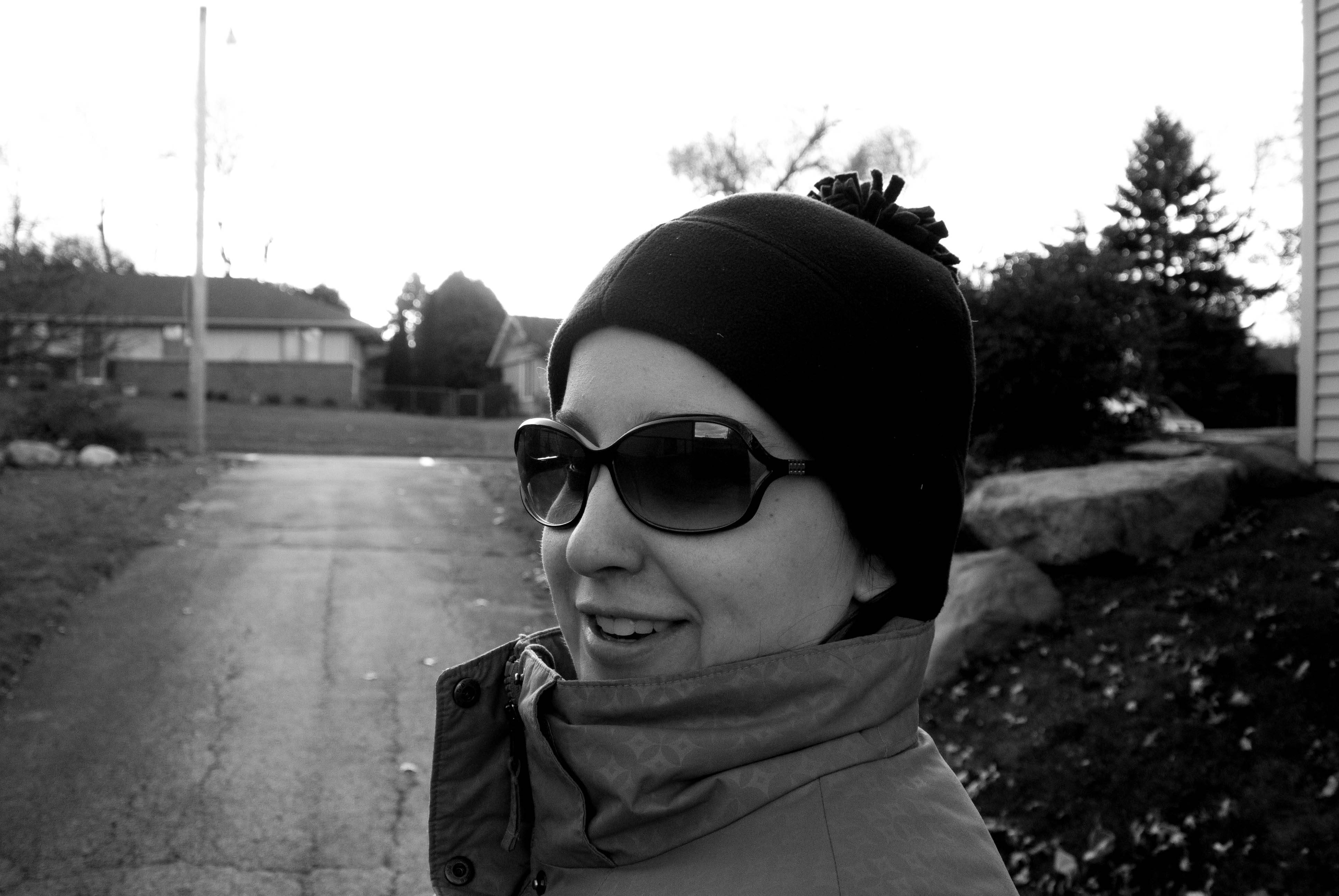 This picture of Beth is one of my favorites. I don't think she likes this picture, but I think she looks adorable. 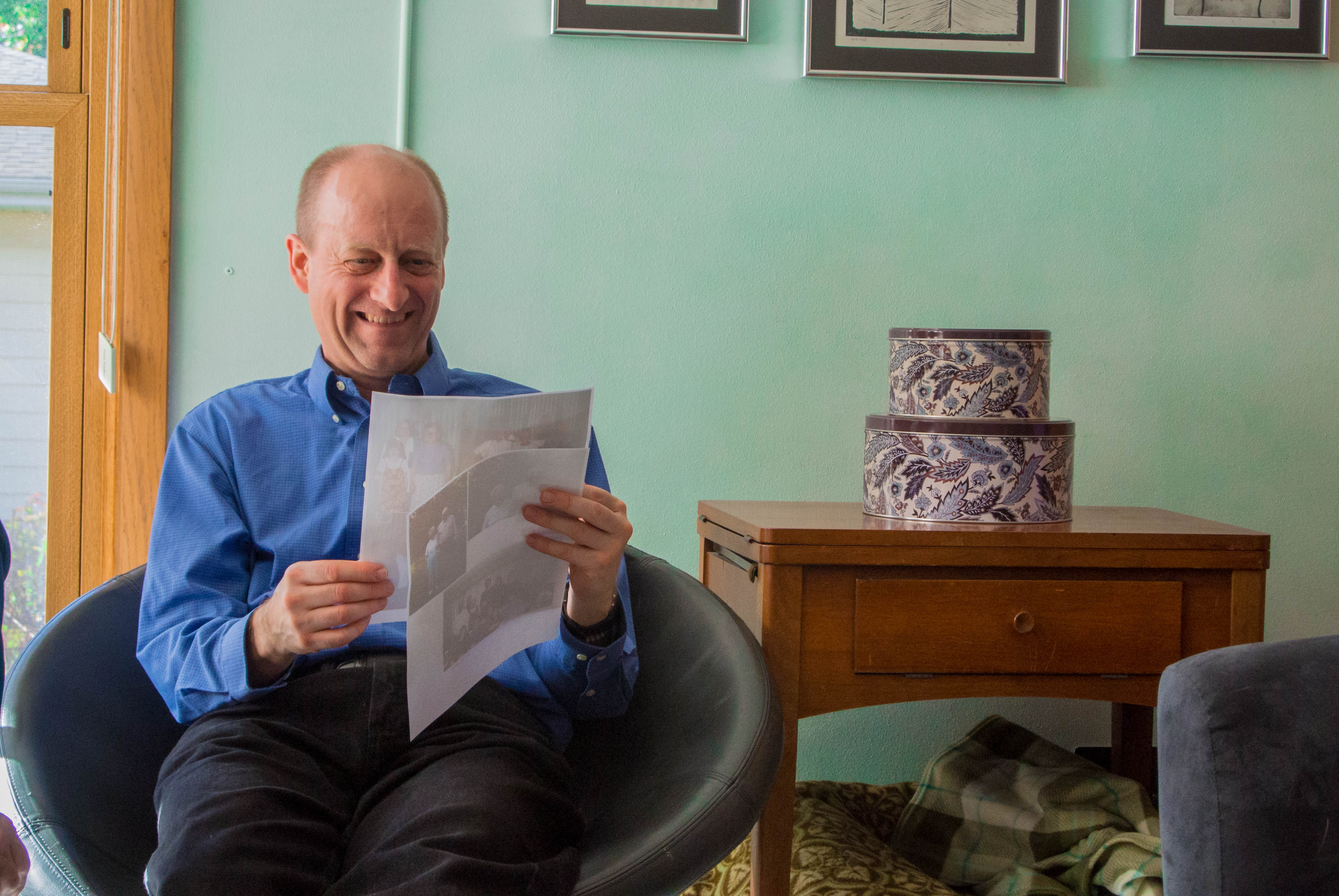 This was taken at my grandmother's 90th birthday party. We were passing around printouts of some old photographs, and my uncle got a kick out of this set in particular. I hope that some of my photos evoke this reaction someday. 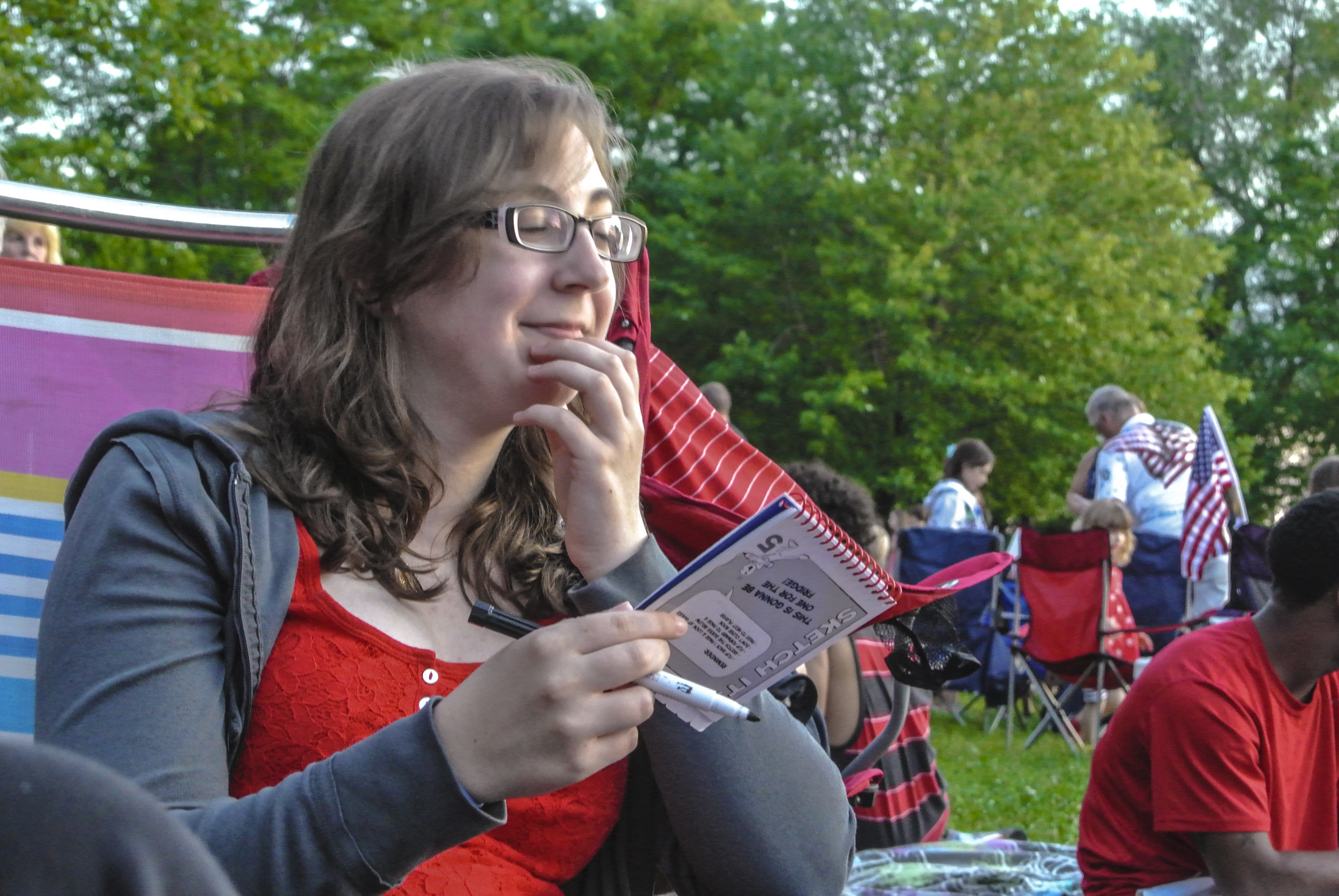 Super serious. This is from the 4th of July, and my sister is plotting her next move in an intense game of Telestrations. 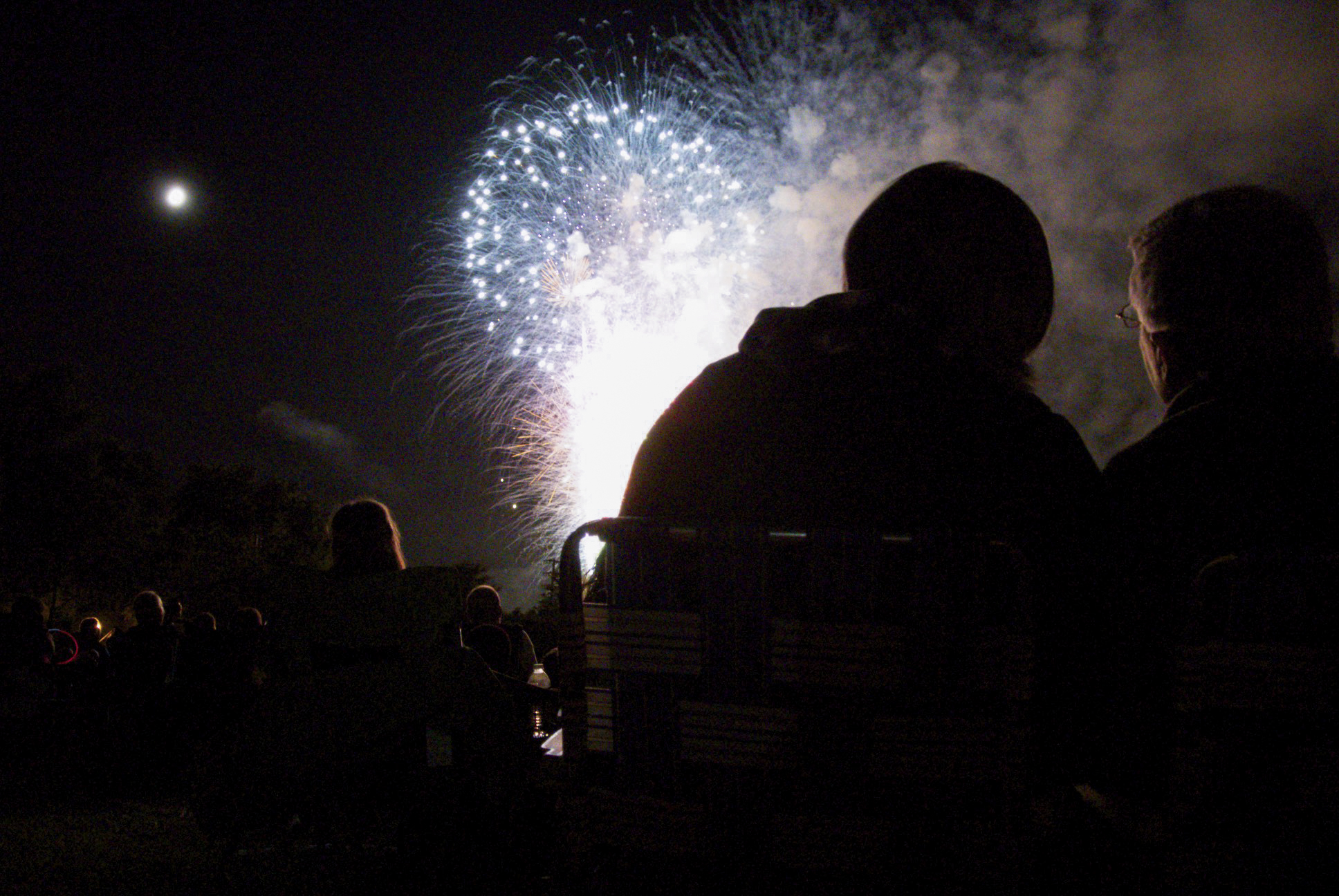 Also at the fireworks, my in-laws enjoying the show. 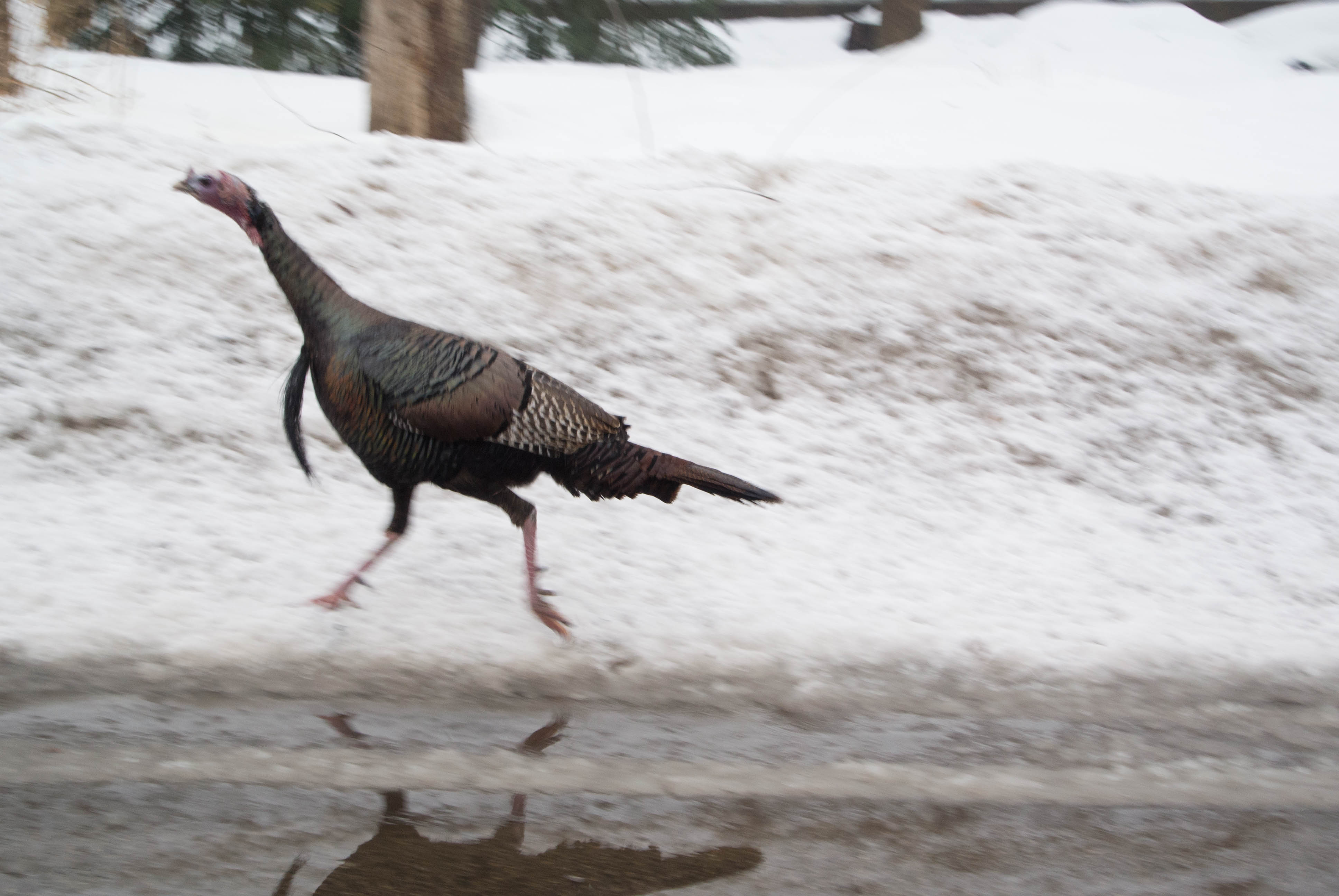 Turkeys roam our neighborhood year round, and this is the best shot I have been able to get of them. In a car (passenger seat)...driving fast... 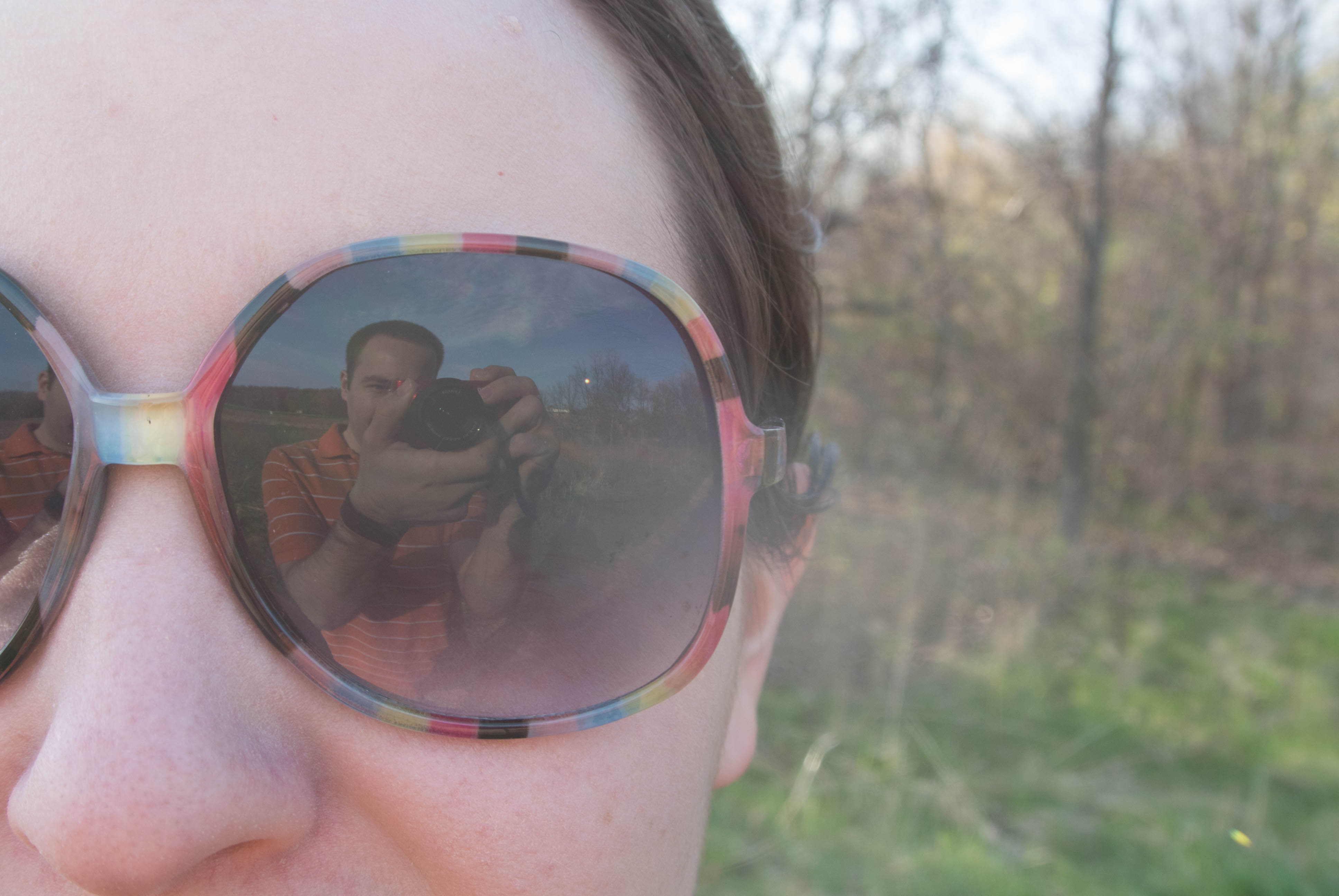 I have this picture printed and on my desk at work. It's gotten so many compliments as being the "coolest" portrait my co-workers have seen. I think it's pretty rad. 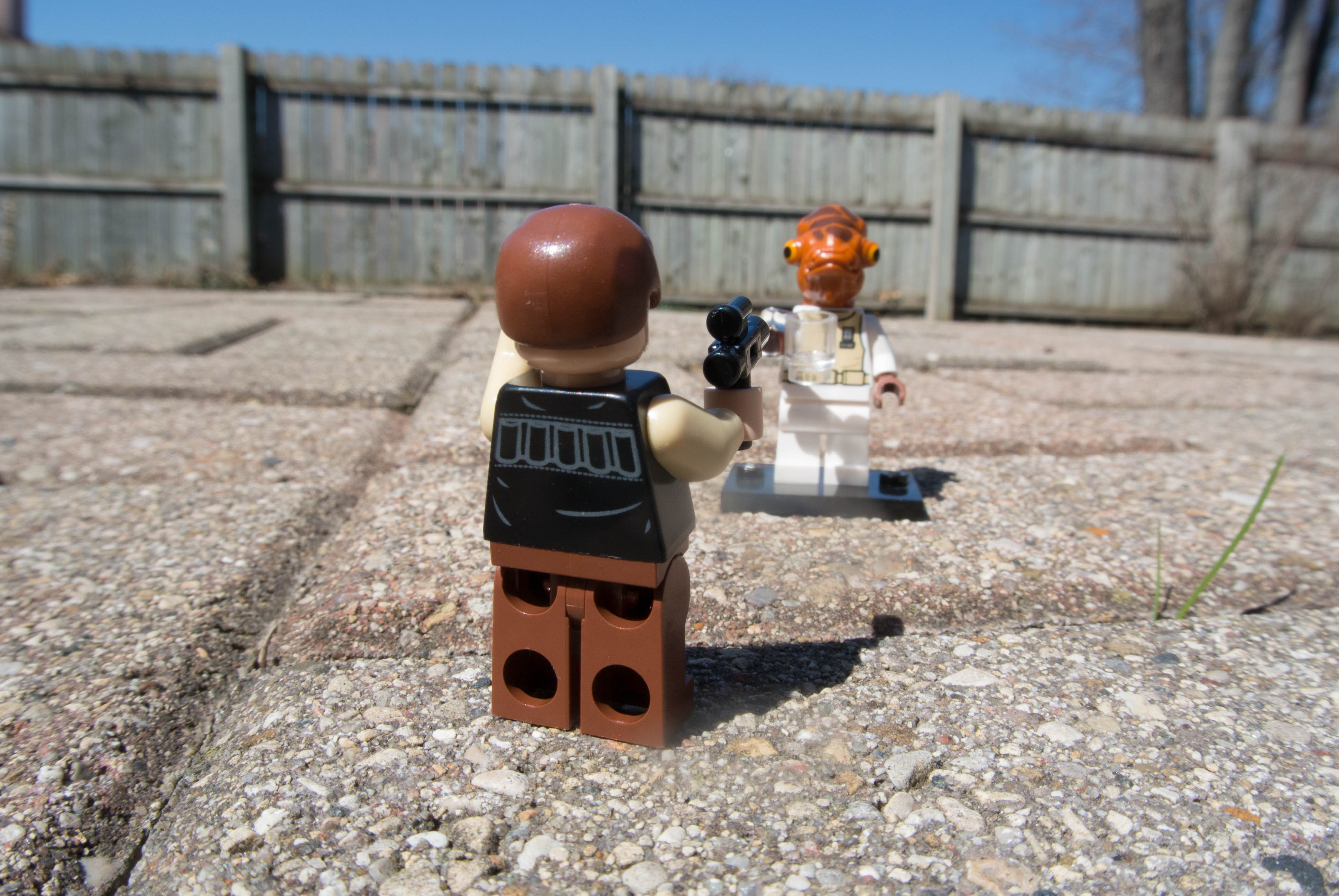 I got frustrated that I haven't really ever had a LEGO set in my entire life, so I bought one, built it, and got a picture of Han Solo sticking up Admiral Ackbar while he's getting his morning space-coffee. 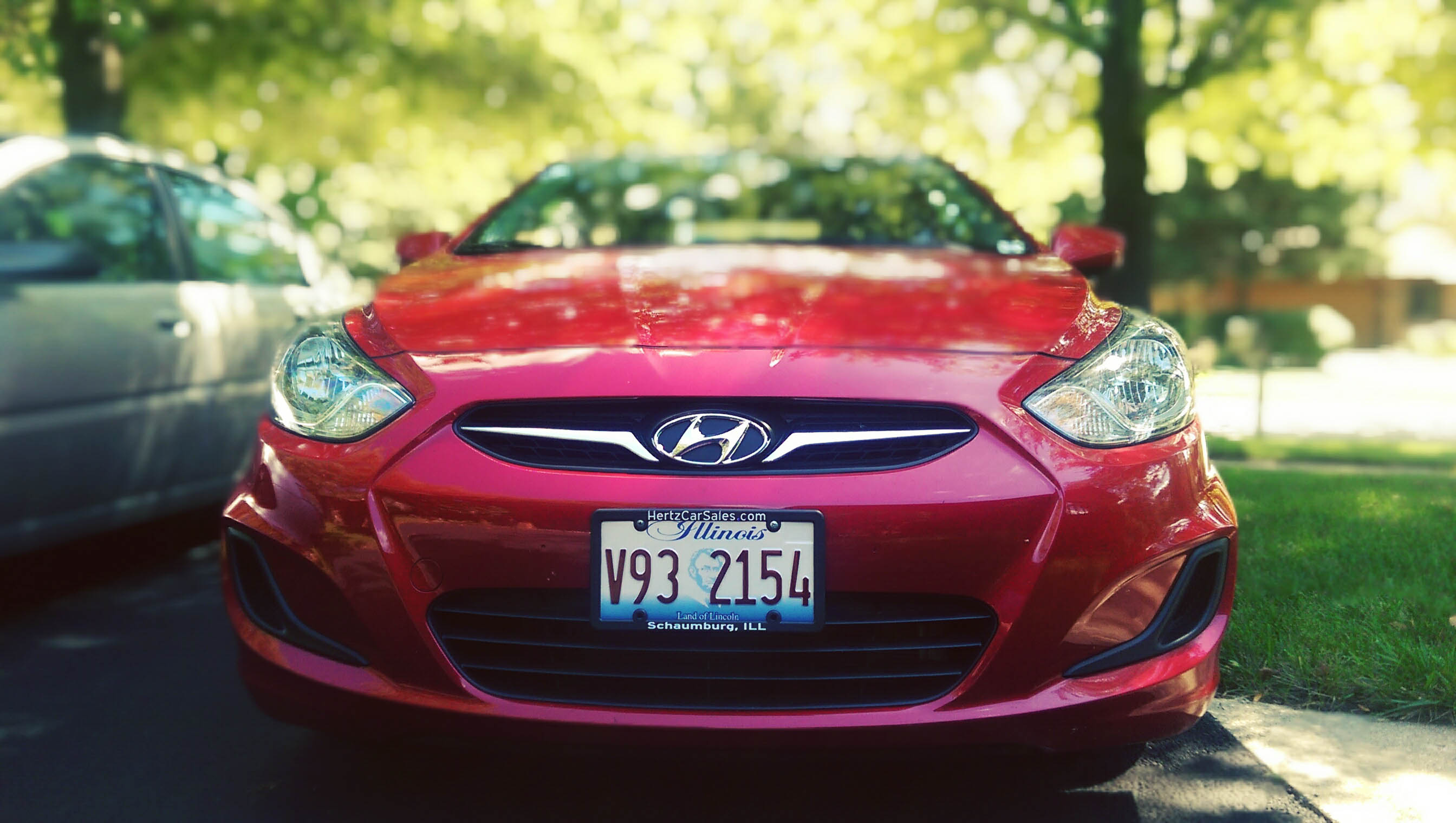 This picture is ridiculous, and I love it. I took this with my HTC One M8 and used its duo camera to get the shallow depth-of-field. I then applied a bunch of filters to it. My goal was to make something very "Michael Bay." I think I succeeded. 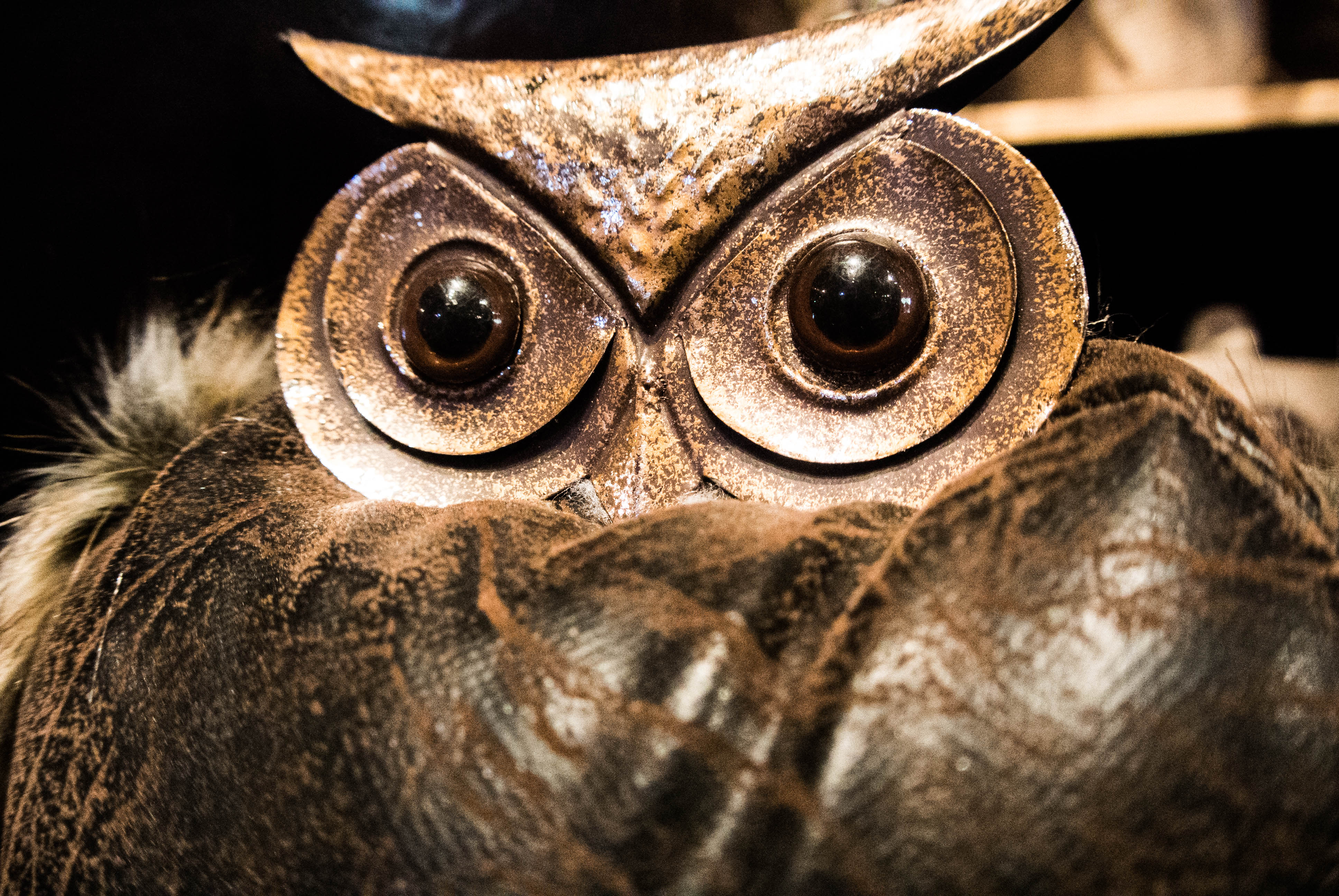 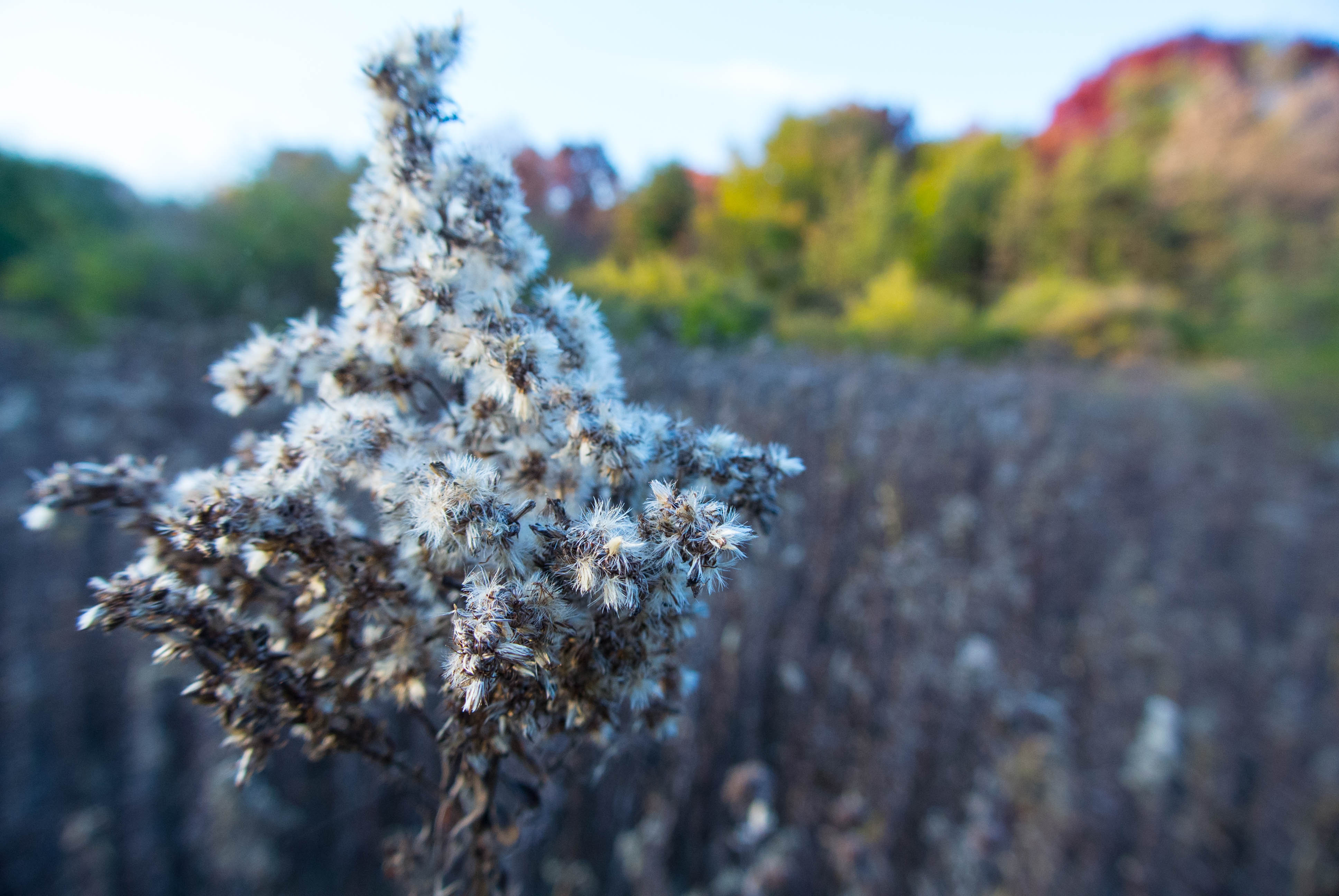 I have no idea what this plant is, but it looked pretty cool, and this particular plant decided to grow twice as tall and every other plant in the field. You go, white mystery plant! 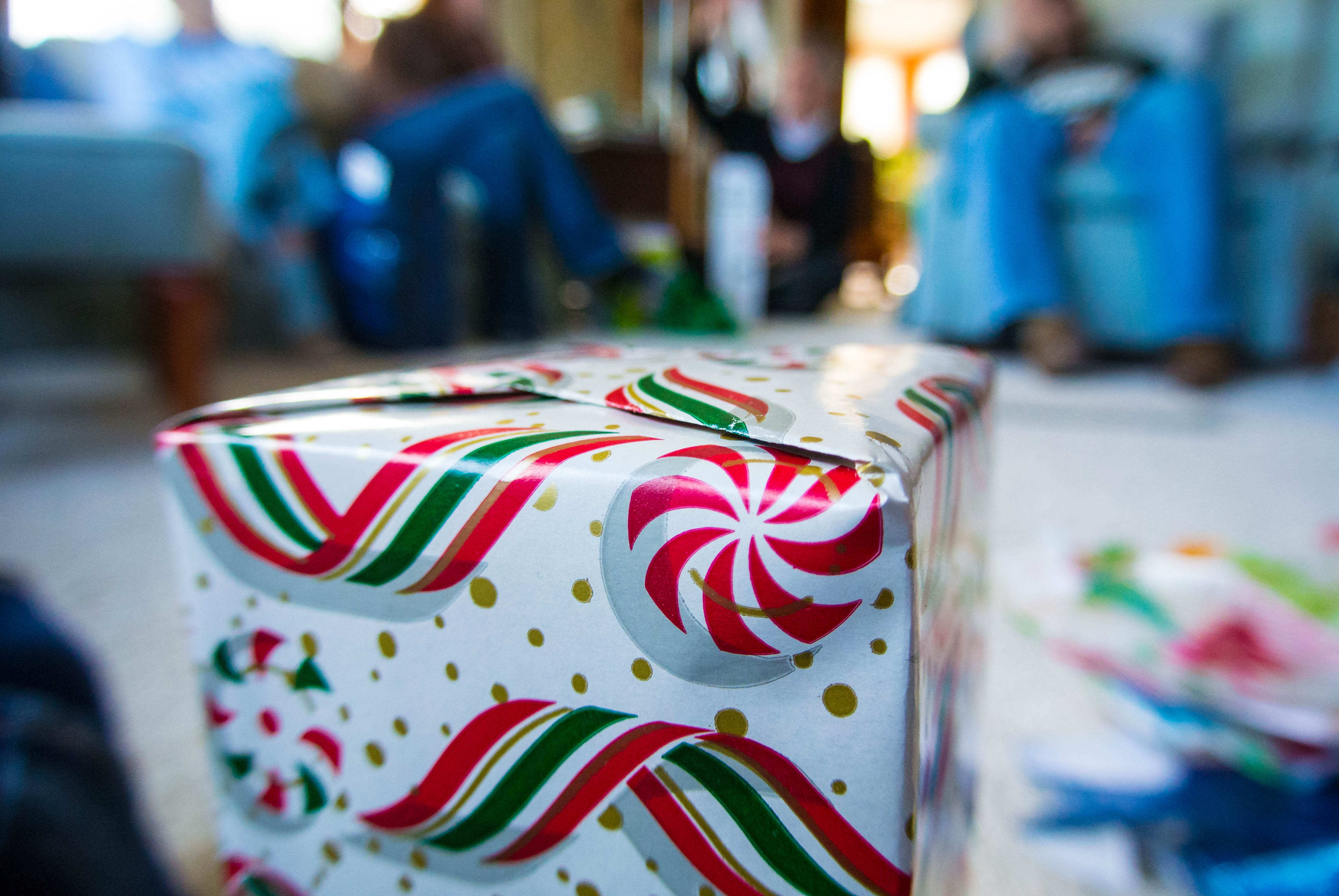 Now we're into the 2014 Christmas season. I randomly snapped this picture while I was figuring out the settings I needed to use for the morning's festivities, and it turned out really well. 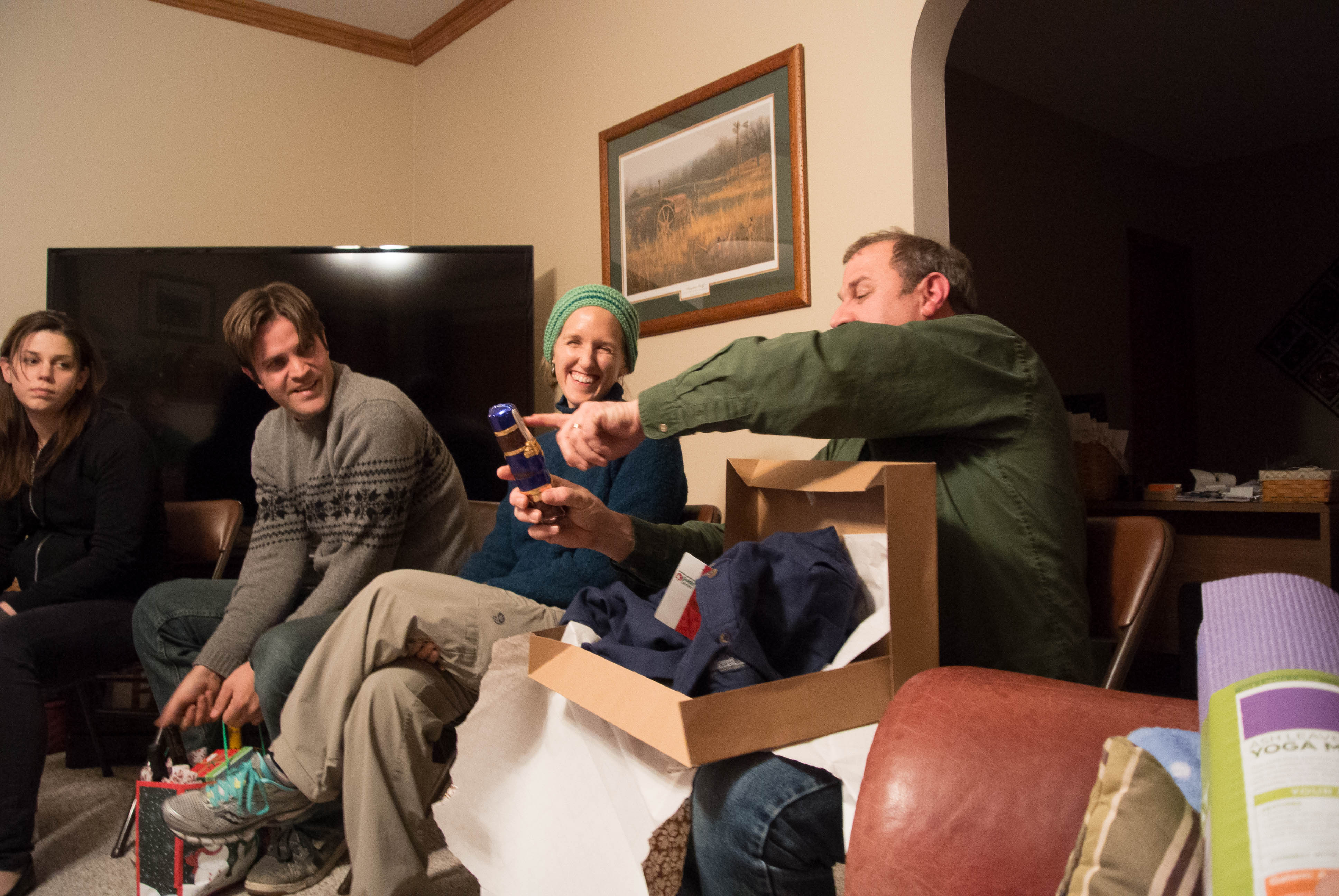 This is Beth's side of the family on Christmas Eve. This picture is technically not my best, but I think it shows what makes Christmas so special to me. If you can't tell, he is holding a chocolate bar, and we're all getting a kick out of it. Just a chocolate bar, but in this situation, with these people, at this time of year, it's all the excuse we need to smile and have a good time. 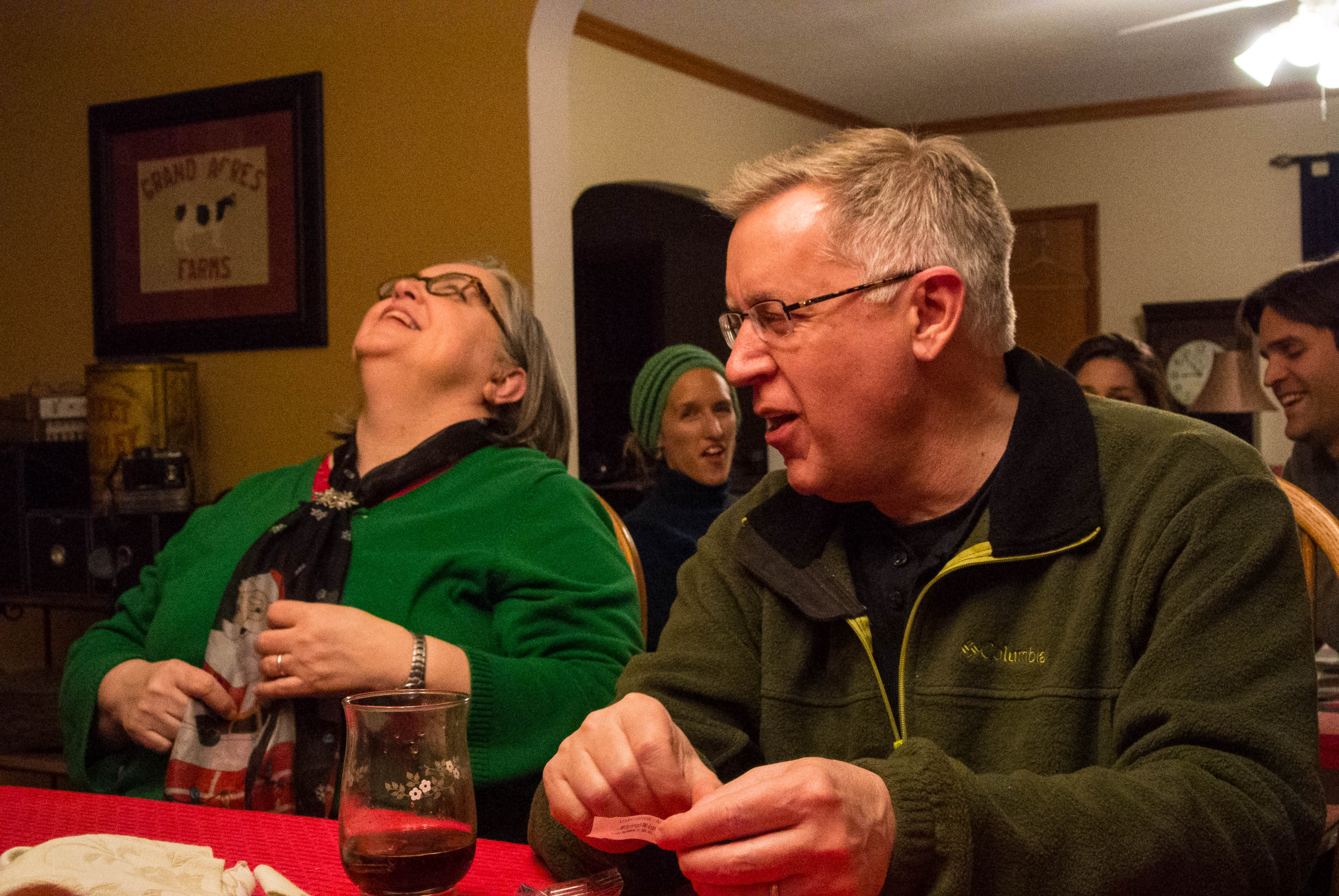 That fortune cookie said something about being ready to kill the snake that comes your way. Fortune cookies are getting real... 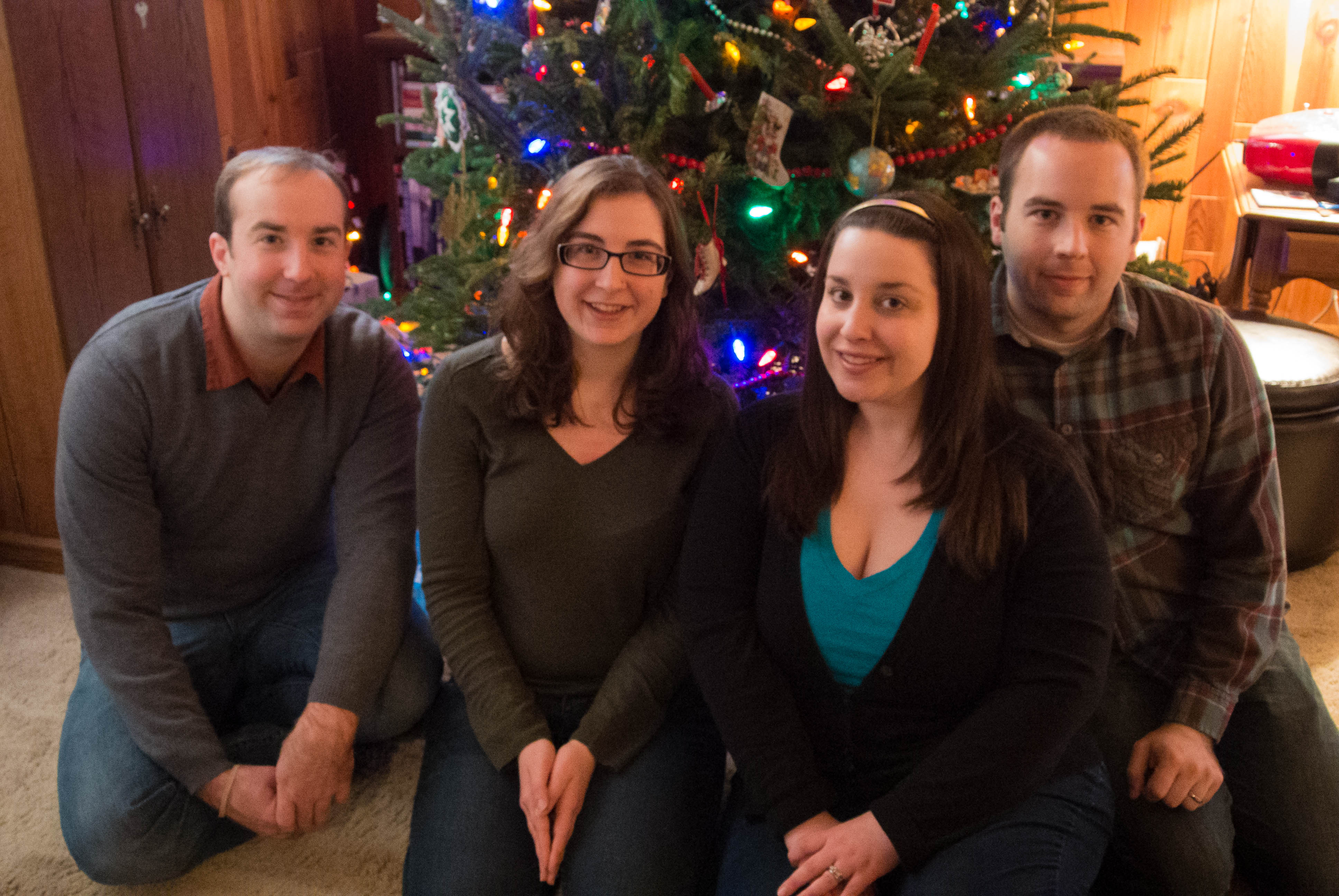 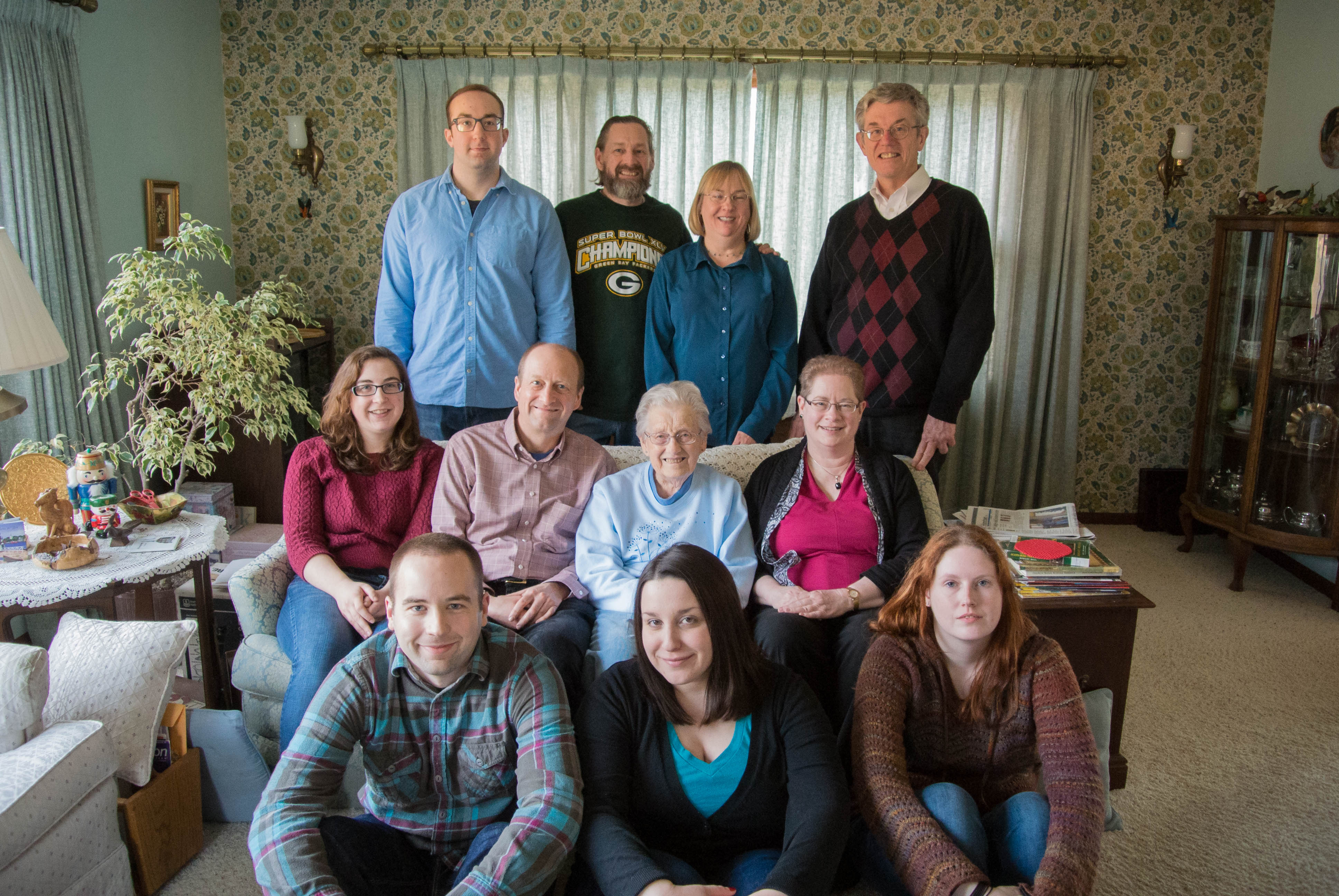 And I'll wrap it up with two simple posed shots. The first is me, Beth, and my brother and sister, Mike and Sara. The other is my family, with too many people to list here. The curse of being the photographer in the family is that you yourself are not in as many pictures as anyone else. These are some of the few I get to be in, and it's just nice to see everyone together.

Xiaomi didn't copy the MacBook Air, yet | The Verge [http://www.theverge.…

Choose the Mobile Platform Right For You

James Kendrick on why he abandoned Android for iOS this year -…