Neither of my Macs are the newest models, but they’re the Macs everyone wants

There has been a lot of grumpiness in the Apple community over the past year or two that we haven’t seen in a long time. First it was long upgrade cycles as Mac Pros hit 1,000 days without an update, Mac minis were all but forgotten, old MacBook Airs were still in the lineup, and even the illustrious MacBook Pros were getting long in the tooth. Then in late 2016 it got worse as the new MacBook Pros were greeted with the most tepid response from Mac fans I’ve seen in years. Were they terrible machines? No, but they didn’t represent the sort of upgrade many people were looking for.

So here we are in late 2017 and this grumpiness continues. People are upset with the confusion around the supposedly “universal” USB-C standard, and the keyboard is more than a little problematic. This put me, as someone who has 2 Macs to my name, in a weird position. Both of my Macs are the ones everyone seems to want, although they are not the current models Apple sells.

My current Mac is the early-2015 13” MacBook Pro1. It’s a mid-tier model and is incredibly fast at just about anything I throw at it (4K 60fps animations in Apple Motion are the main exception). But it’s crazy to hear many Apple commentators talk about how much they miss this model of the MacBook Pro. I have 7 ports plus a MagSafe power plug on here and a keyboard that (while a little mushy) is more reliable than what is on the newer model. People want the power of the new MacBook Pros but in the body of my old Pro.

Meanwhile, my old Mac, a late-2012 Mac mini with a quad-core Core i7 is still faster than an Mac mini Apple sells, at least when it comes to multi-core performance. Let’s say I want to throw tons of money at a Mac mini today, here’s what I can get: 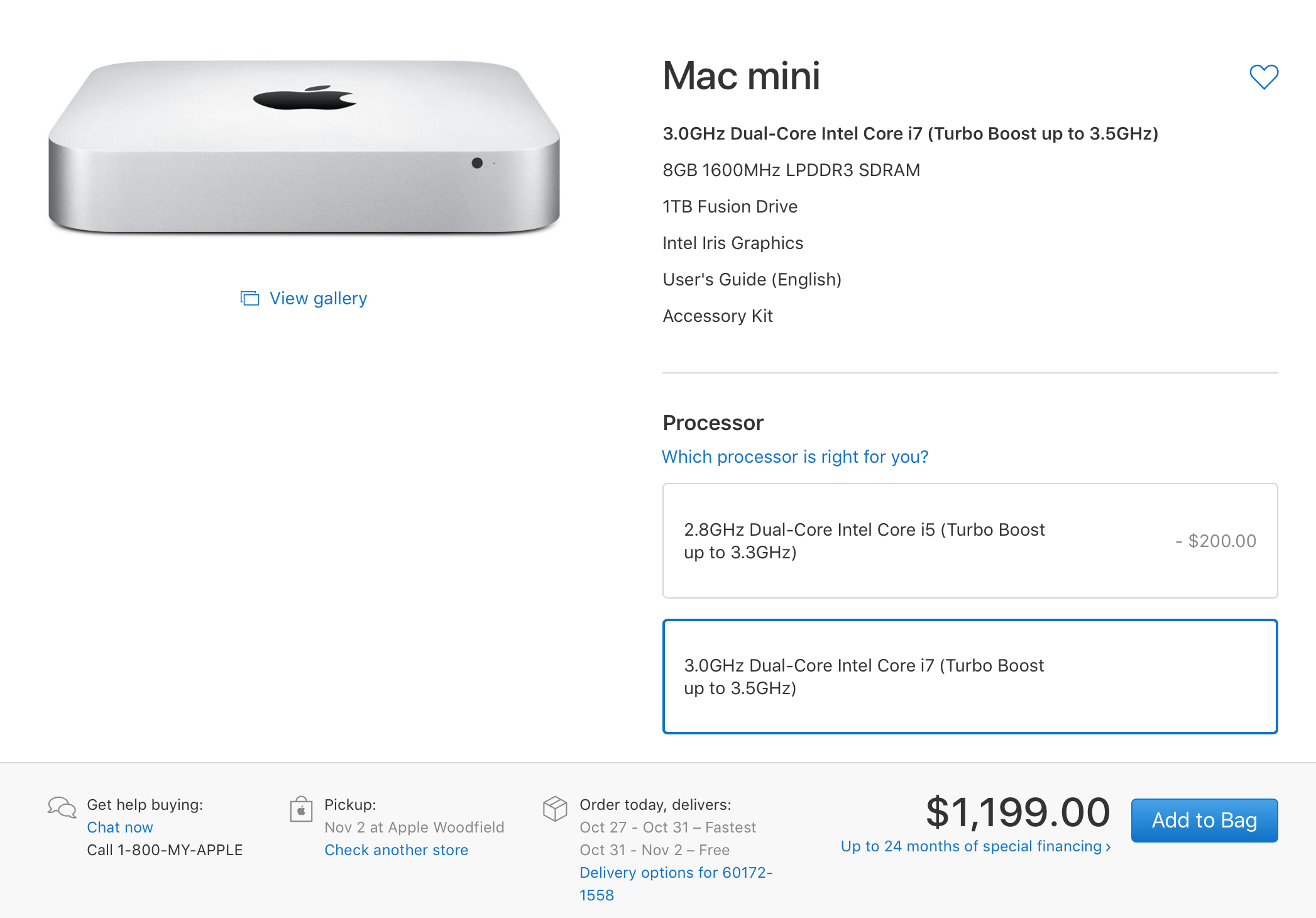 Yup, that’s $1,199 for a computer that benchmarks 14% faster in single-core and 33% slower in multi-core performance than my 2012 model. That’s insane! So in the case of my mini, it’s not even the body and ports situation that gives it the edge, it’s the performance too!

Apple is fortunate that the only real competitor in the PC space is Windows, which is simply uninspiring at best and miserable at worst. There are plenty of issues with Windows computers as well (the Surface line in particular has had more than its fair share of issues, sadly), but not all of them do, and Apple has traditionally stood above the fray. Casey Johnson’s article for The Outline asks the simple question:

If a single piece of dust lays the whole computer out, don't you think that's kind of a problem?

Yeah, that’s kind of a problem, and it’s not the sort of problem we’re used to dealing with in the Mac community.

Consider this: if you were hired by Apple or Google tomorrow as…

The BirchTree Podcast #36: It's officially time to gush about the Nintendo Switch