Quantifying my life the easy way

I will be posting a piece soon where I break down my life in 2016 by the numbers. That piece will be a full year in the making, and the conclusion of a year long experiment I began in late 2015 to track my life in a few key areas to see how I'm actually spending my time and attention. This piece is not about what I found, but instead about how I tracked a lot of data about myself over the year without it taking over my life.

Tracking the amount of information I did this year probably puts me in the top 5% of people in the world (god, maybe even higher!), but I didn't want collecting this amount of data to take over my life. The goal was to be as low impact as possible. If something could be automated, it was automated. If something could be scheduled for maximum convenience, it was scheduled and completed religiously. I wanted to have a huge amount of data bout myself, but I didn't want it to take up a huge amount of my time.

If everything went perfectly, no one in my life would even notice that I was doing this. I'm happy to say that not even my wife is aware of all the things I'm tracking. I've been able to do all of this without interfering with my personal life in the least.

These are the simple tools and routines I used to record my life in 2016.

But first, a quick note for those thinking of trying out the "quantified life."

The most important thing I can say to anyone thinking about doing this is that a routine is essential. I note below certain tasks that I had scheduled on a daily or monthly basis. I stuck to these routines incredibly closely up front and that made them routines that I didn't even think about after long. Track things on a standard schedule, and don't skip anything unless you really have to.

If you have a task manager or a todo list app, use that to set recurring notifications for when you want to do things. Don't just rely on your memory, make it something you have to check off as doing every single time. Even now after 12 months I'm still checking things off every day, even though I've done them literally hundreds of times.

The tools below helped me accomplish this, so hopefully you can find some gems in there that help you as well. 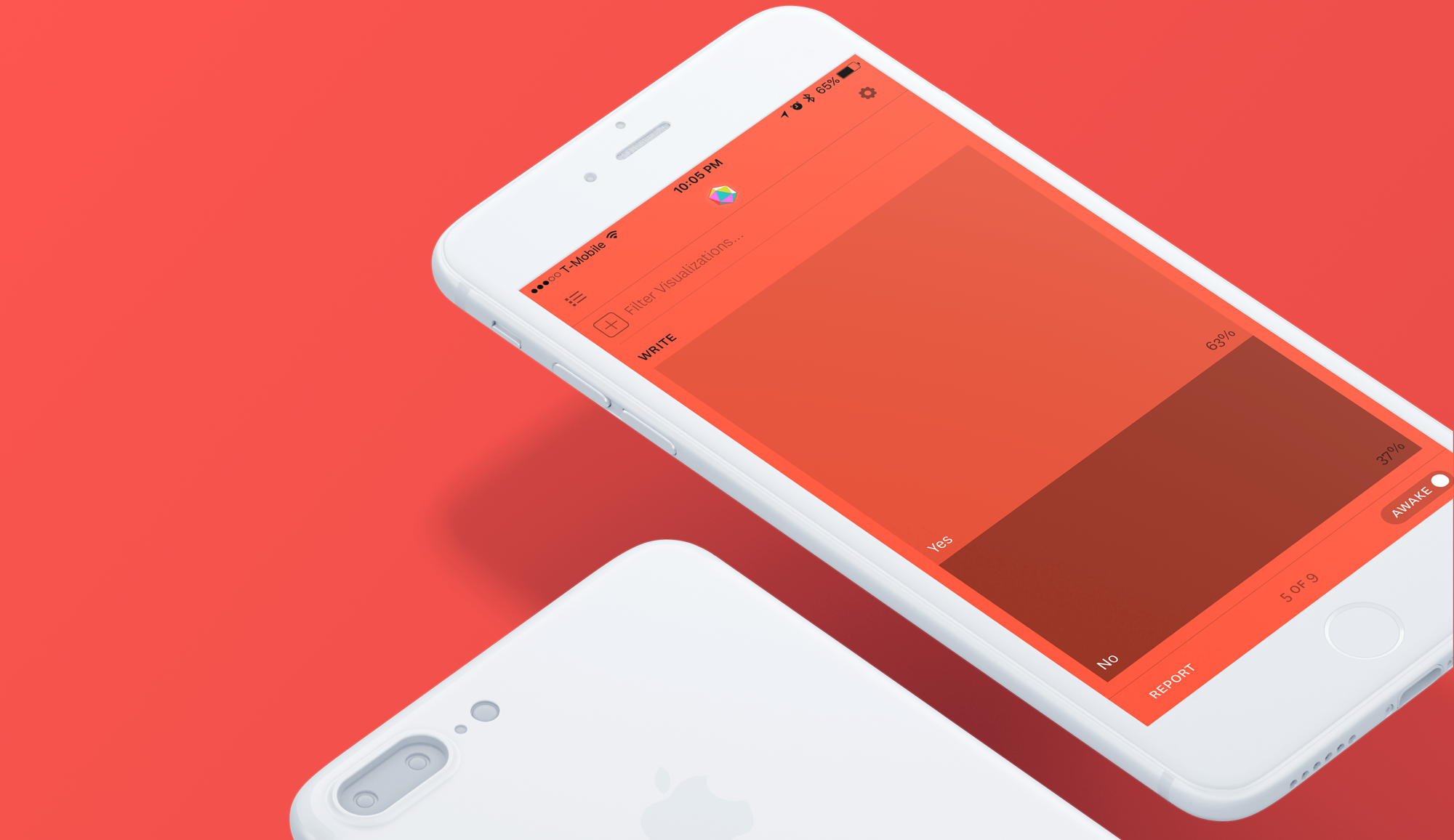 Reporter is an app I discovered a few years ago that allows you to set up a list of questions you would like yourself to answer every so often. The app was created in part by Nicholas Felton who you probably know from his Felton Reports that he did from 2005 to 2014.

This app does nothing to create those amazing charts that Felton is known for, but it does let you collect data quickly at whatever interval you would like. Obsessives can use the app to "report" multiple times a day with how they are doing at that exact moment, but I used it to report every day at 10pm. I never missed a day in 2016.

I had questions like "did you drink alcohol today?" and "did you write today?" and "did you watch over 2 hours of TV?" These questions were designed to be simple yes/no answers so that I would not have to wrack my brain to try and remember what I had done. "Did I have 2 beers or 3 tonight?" would never come up because I just had to know if I drank anything at all. Much easier, especially after than 3rd beer.

After a year of recording stats, I used Reporter's export function to spit out a CSV with my answers and then manipulated that data on my own.

I'd go so far as to say I could not have done this without Reporter. There is no other app I have found that lets me do what this app does. I could have used a spreadsheet to track everyday, but that's too messy. Reporter removed the friction and allowed me to record a dozen questions about my day in less than a minute. 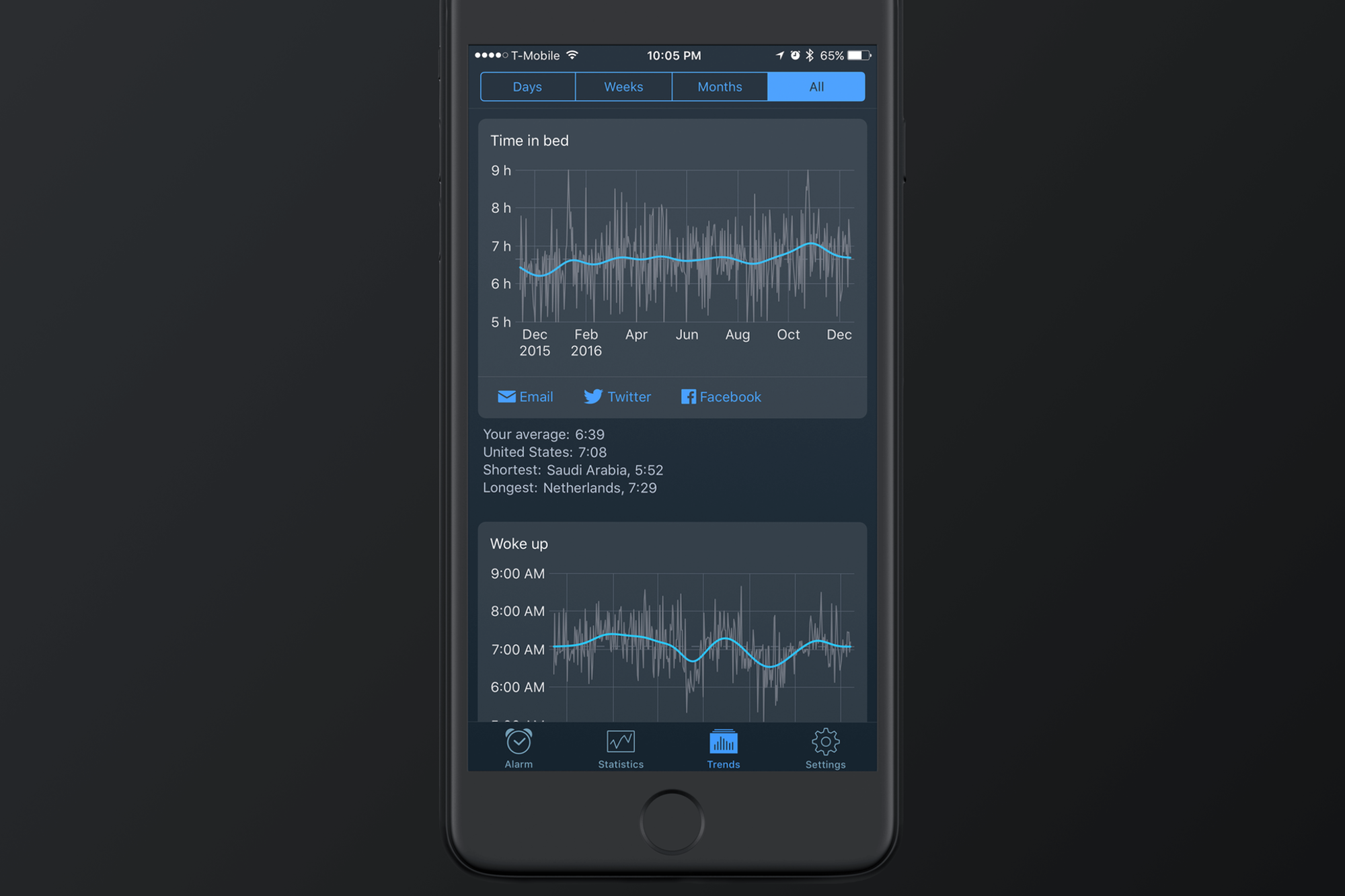 I really don't sleep enough, and Sleep Cycle is the best app I have found for tracking my sleep data. The magic of Sleep Cycle is that it tracks your sleep in a way that I have never seen before.

To track your sleep, you need to open the app, tell it you're going to sleep, and then put the phone near your bed, screen on, face down. I was leery of this at first; wouldn't having the screen on all night mess things up somehow? Burn in, maybe? It turns out no, nothing has going wrong on my iPhone 6s or 7 that's I've done this with. The app uses the iPhone's proximity sensor so it turns the screen off when placed face down.

The information it tracks is surprisingly accurate. It uses noise to somehow track your sleep cycles, and the results are as accurate as any I've seen (at least as far as I can tell). Mornings in which I feel well rested I tend to see more time in deep sleep, or that my alarm went off when I was in a lighter stage of sleep.

Not nearly as fancy, but almost more useful is that Sleep Cycle also tracks how much time you spend in bed. I don't get 8 hours of sleep a night (6 hours 39 minutes on average) and I like seeing how much I'm actually getting so I can course adjust if I get too little too many days in a row. 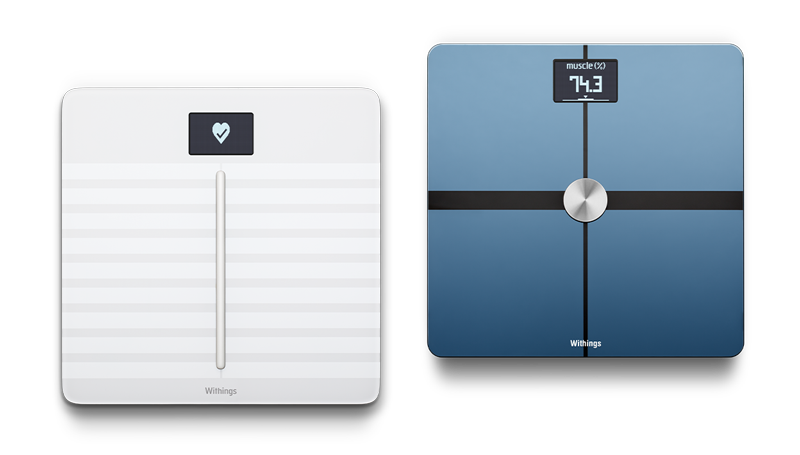 I got one of these on clearance a couple years ago and it's brilliant. I have used apps to log my weight before (Weightbot was great, but is not available anymore), but it's hard to remember to do, especially if you weigh yourself without your phone next to you.

This scale automatically logs my weight every time I step on it (it's smart enough to know me and my wife are different people and logs us separately) into the Withings interface, but I almost never use the Withings website or iPhone app. Instead, I have an IFTTT applet that records every measurement to a Google Sheet that I can manipulate however I would like.

Your body shifts in weight throughout the day, so in the interest of getting a relatively consistent value, I have a Todoist task due at 8am every day to weight myself.

Some people don't like to weigh themselves too often because they freak out about gaining 0.5lbs from one day to the next. I don't get freaked out about the daily fluctuations, and actually find it useful to see that my weight has gone up 4 days in a row. Maybe I should be a little easier on the sweets today or I should go fro a run to burn a few more calories.

I don't know if I would buy this scale at full price unless you're in a very comfortable position in life, but it does do a great job at what it's designed to do.

Google Sheets is where I store all this information and it does a perfectly good job for my needs. I dabbled with Office 365, but I had sync issues with that and found it to be a worse overall web app.

I have a sheet called "2016 by the numbers" that stores the motherlode. BirchTree stats, social stats, revenue, weather data, weight, and some info from Reporter is in here.

I only touch this document once a month. Again, I have a Todoist alarm set up to make me record all my stats in here at 7:30am on the 1st of every month. It takes maybe 15 minutes, and is a good way to take stock in how things are going in a few areas I really care about.

I can't even tell you how long I've had Mint, but it's still my favorite web analytics package on the web. I have Google Analytics running on all my sites as well, but Mint is what I use to view my BirchTree stats. It's very accurate and has the best UI, despite not being "modern."

Again, it makes getting the stats I need to fill out my Google Sheet nice and easy. I can see how many people visited in the past month, what posts were most popular, and where my readers are coming from in just a glance.

Mint has not been actively developed in many years at this point, so I don't know if I can actually recommend it to anyone starting with it in 2016, but I happen to really like it. 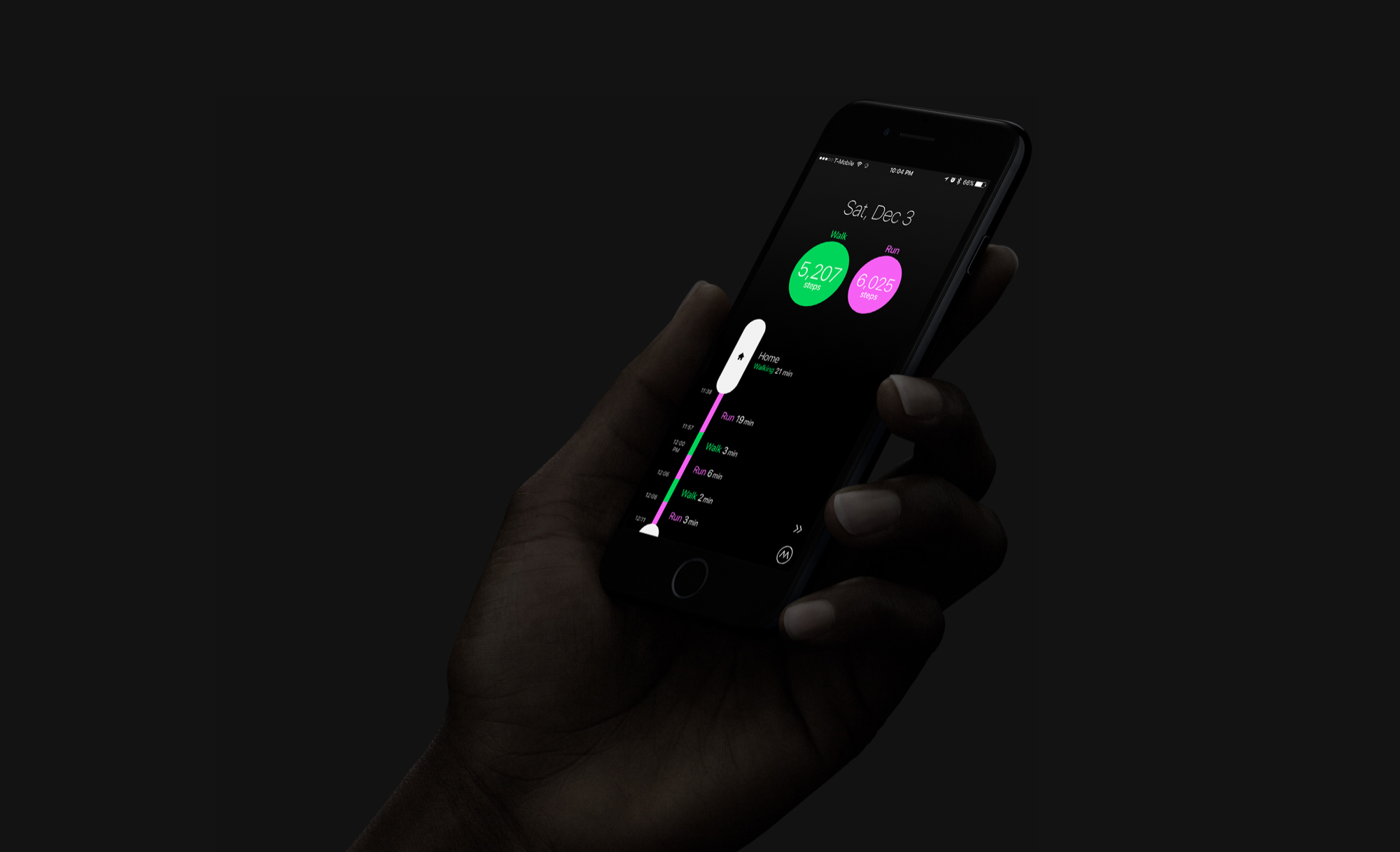 Moves is an app I don't get a ton of use out of most of the time, but sometimes it's amazing. The app runs on your iPhone and tracks where you go, and what activities you do throughout the day (specifically running, walking, and commuting). It's very accurate at this, and I use it mostly to keep track of where I go everyday.

I dropped something off at the post office this fall and didn't get a receipt. The item got lost in the mail (pretty sure it was stolen, ugh), and I needed to know what day I dropped it off. Weeks had passed when I needed to recall this, so I couldn't say with any confidence what day it was from memory alone. Thankfully I was able to pull up Moves and check the map for what day I went to that post office. I was able to find it and confirm my drop off time. That's a rare case, but it was a life saver at the time.

I'l be totally honest and tell you that this data turned out to not be particularly useful. I found out that Target is the store I went to the most in 2016, but that's not really a surprise. If you need it though, Moves does what it's designed to do very well.

Super Mario Run did well, but how does it compare to high end game launches?