Samsung Shouldn't Have Listened to the Tech Pundits 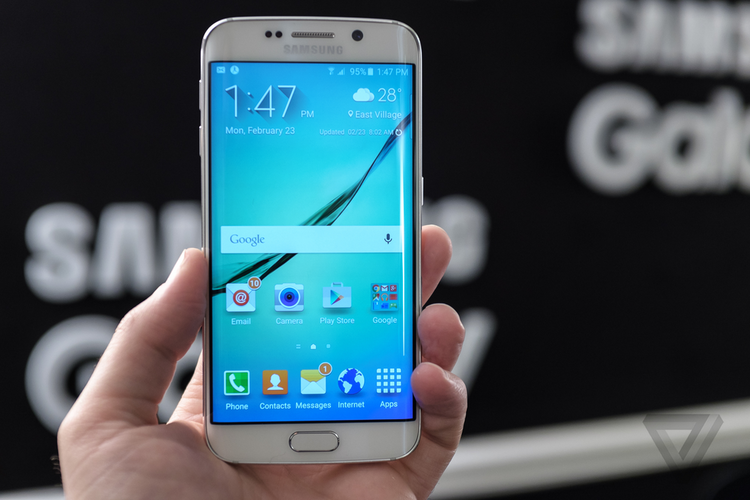 Samsung unveiled their Galaxy S6 phones today, and oh boy, do I think they screwed it up. Here’s a snippet from Dan Seifert at The Verge:

Hallmarks of Samsung’s phones, such as removable batteries, microSD card slots, and waterproofing are nowhere to be found on the S6 or S6 Edge. That will likely upset some die-hard users and Samsung loyalists that relied on those features, but it’s clear that Samsung prioritized the phone’s design and its look and feel over things that appeal to a smaller segment of its customer base.

Samsung has been the go-to choice for most non-iPhone buyers for many reasons, but I don’t think the changes they made to this year’s model are going to win many people over. I talk to lots of people who are buying a new phone, and I always ask them a few questions:

The most interesting answers come from people who are switching from iOS to Android or vice versa. New iPhone buyers usually cite frustrations with Android software, piss poor battery life, or iMessage. People who are first-time Android buyers cite screen size (although this is much rarer post-iPhone 6) and general capability. Samsung Galaxy buyers in particular cite the many things they can do. “I can throw a huge SD card and get tons of storage!” “I can drop this in the toilet and it will still work!” “I can keep a second battery at the office and never run out of juice.” “The fingerprint sensor is awesome!”

In many ways, the Galaxy S6 feels like a response to tech pundits, and I really think it screwed them over. Yes, those of us with tech blogs complained that the Galaxy phones lacked design finesse and were overloaded with features, but most people didn’t really care about that. They loved some of that stuff!

That’s why it’s so weird to see Samsung unveils this phone and brag about how many fewer features it has compared to its predecessor. I haven’t seen a Samsung rep pitch the phone yet, but I’m curious how they’re going to pitch a phone that does less than their last model but looks nicer.

Let’s se aside the fact that the S6 looks shockingly similar to the iPhone 6. I mean, it does, but let’s skip that part. People aren’t buying Samsung phones because they’re beautiful. People buy Samsung phones, especially Galaxy S phones, because they do freaking everything. Despite its flaws, the Galaxy S5 gives you tons of flexibility, customizability, durability, and expandability[1]. You also get a mad fast processor, lots of RAM, and a stellar camera. It’s a shotgun blast of features that is intended to give everyone something they want.

With the Galaxy S6, Samsung has given up on the “everything phone” concept, and I don’t think it will pay off. By bowing to an apparent desire to be “respected”, Samsung has made a phone that will not appeal to as many people. It seems the software is a little better and I can’t fault some of their hardware improvements[2], but I don’t know if those things are going to appeal to customers. Samsung has removed more hardware features than they’ve added, so now they’re selling a good-looking Android phone with just a couple distinct features. HTC has been doing that for a few years, and it’s not going too well for them.

Then again, Samsung has never operated like I’d suggest and they’ve done pretty well, so maybe they have another hit on their hands.

Another month, another home screen! If you remember, I had a jailbroken…

Do Fitness Bands Have a Place in a Smartwatch World?