I recently picked up the SliceCharge 2 from Hard Cider Labs and thought it warranted a quick review. I normally don’t review charging products, but this one is worth a look.

I don’t know anything about Hard Cider Labs, but they have had a few products funded on Kickstarter and they seem to deliver on their promises so far. That said, I bought this straight from their website long after the Indigogo campaign was over and it took 7 weeks for my order to ship. I emailed them about this and they said they had a wave of orders after the AirPower cancellation and orders were just backed up.

Hopefully this is not a normal thing, but the shipping was so delayed I had to mention it here.

The SliceCharge 2 looks like AirPower from the outside, but it is not a 1-to-1 replication of what Apple was going for their their defunct charger. Here’s how the device is set up: 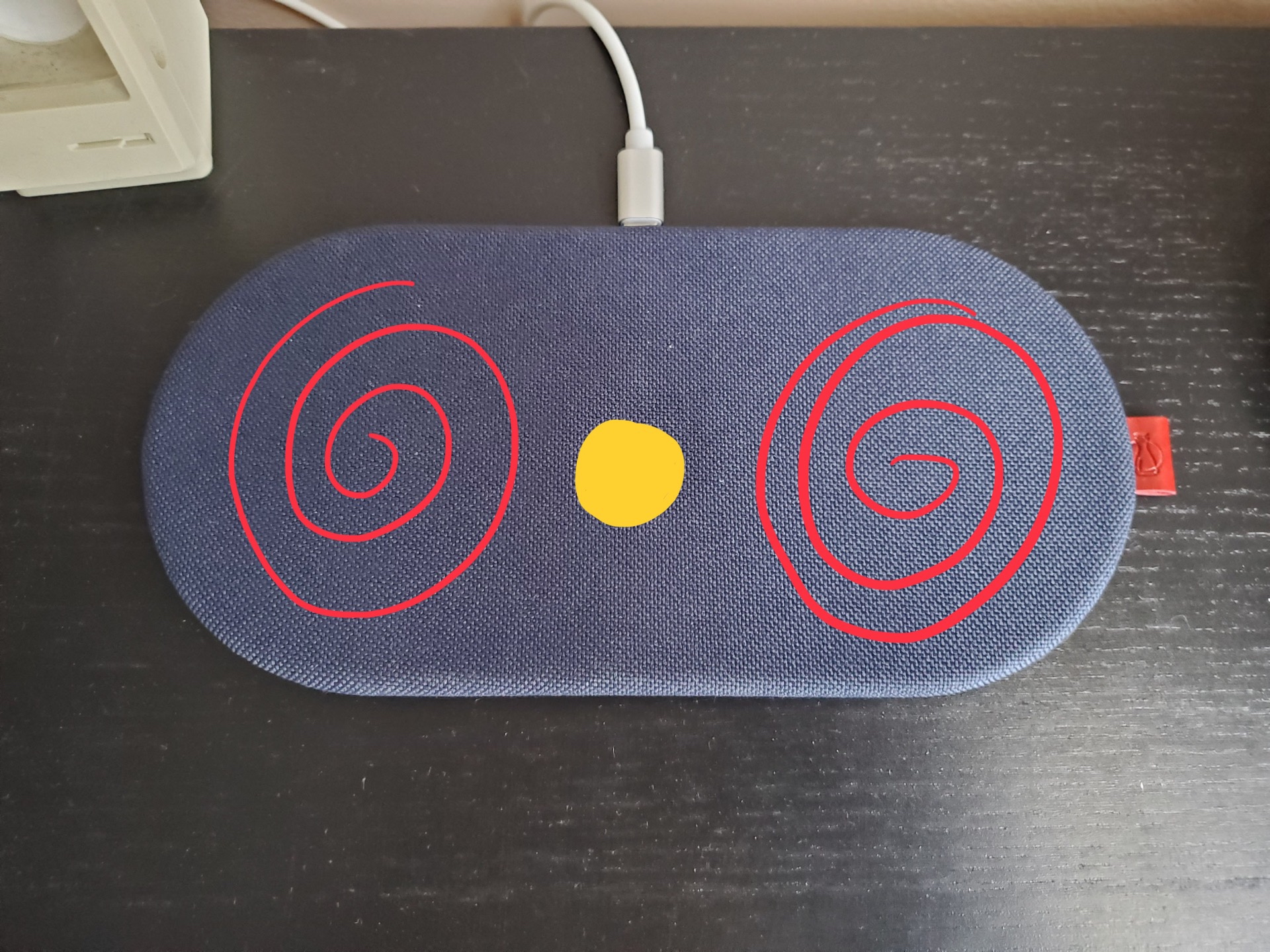 There are two standard wireless charging coils on the left and right of the pad and a magnetic Apple Watch charging puck in the middle. None of Apple’s magic “place the devices anywhere you want” here.

The pad comes with a 30W charging brick and a USB-C cable you can use to plug it into the wall. The instructions clearly tell you to only use a 30W charger and that you should really just use the one in the box.

What this gets you are 2 Qi-compatible spots that will charge up to 10W on each coil. This will max out the wireless charging speed on phones like the Galaxy S9 and 10 lines, and will of course get iPhone up to their 7.5W max. The Apple Watch charged at 3W, which I believe is the same as the standard Apple Watch charger, but I can't find hard numbers on that.

Those specs sound pretty good, but how is the SliceCharge 2 to actually use? Well, I’m happy to say it’s pretty good. No, it’s not as beautiful as the dream of AirPower, but if you’ve used wireless charging before then you should have no trouble using this.

The “sweet spots” on either side of the mat seem totally average for wireless charging pads and those worked for me without a problem.

The Apple Watch charger is a little harder to mail as you need to line that up just right. It’s magnetic, but only slightly and it’s very easy to miss by just a few millimeters if you’re not careful. Ideally, this magnet would be super powerful and lock the Apple Watch into place, which is exactly how the official charging puck works. Update July 8, 2019: After a few months of use, the Apple Watch charger has become incredibly slow. It takes up to 12 hours to go from zero to 100%, which is just insane. I’ve tried to fix it every way I can, but it’s basically uselessly slow now. It was fine at first, but it has degraded over time. The phone chargers remain the same as before.

No matter what you’re charging, you’re going to need to use the device’s feedback to see if you are charging. The mat itself has no visual indicators to tell you it’s charging. From an aesthetic perspective this is great, but from a usability side it’s a bit more challenging. My Galaxy S10e makes this easy with a nice animation and a small bit of text on the always-on display telling that it's working. The iPhone is a little more difficult as the screen shows it's working for about a second before turning off. The Apple Watch is similar here but at least it has a pretty big animation that plays when it hits the charger. 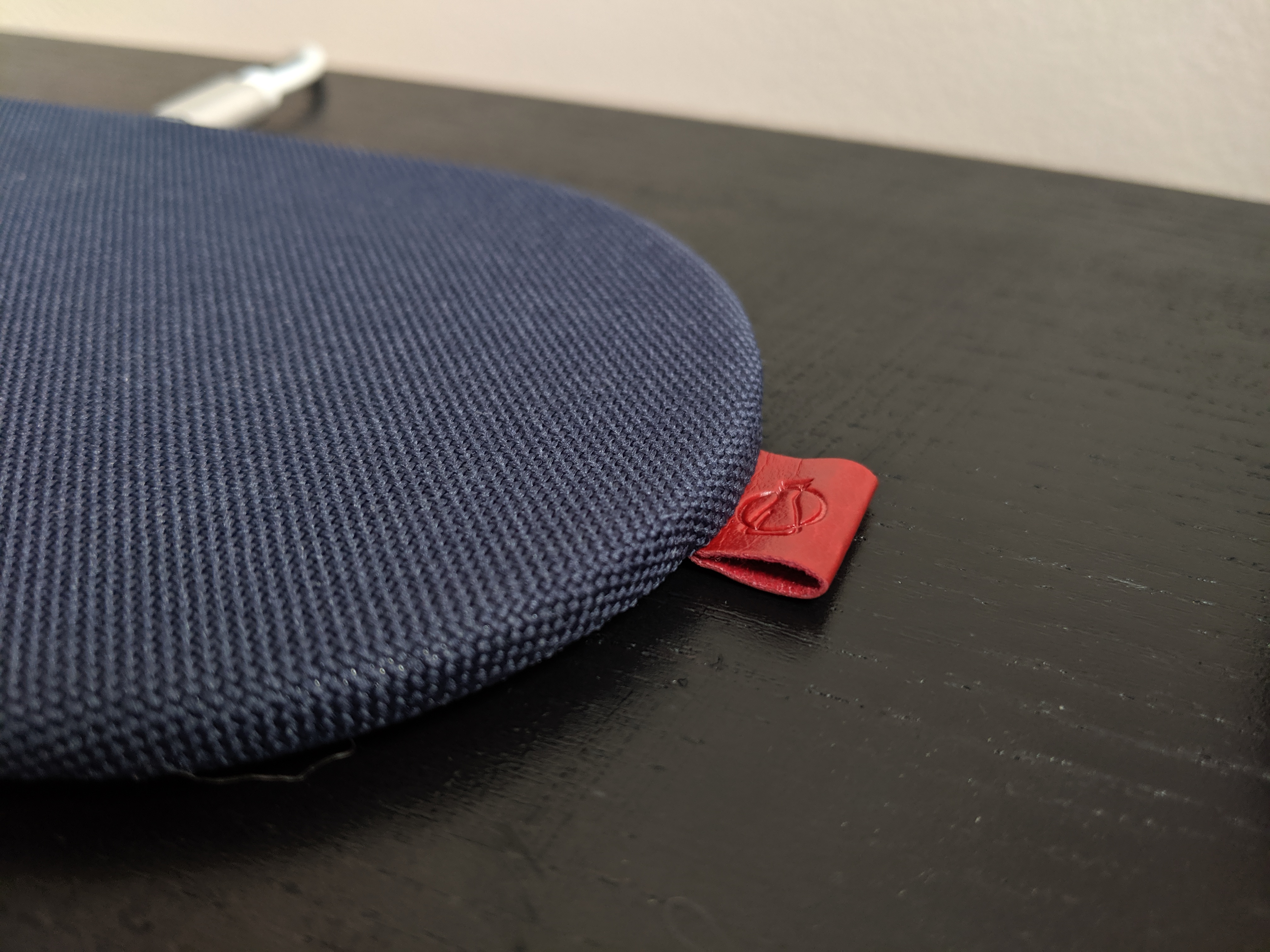 I think this charging mat looks great! The navy blue model I got looks very clean on my dresser and the little leather tab that sticks out the side is a nice, subtle flourish. Even the USB-C cable that comes in the box feels like it’s made out of metal (not sure if it actually is) and feels very nice.

Basically, this is exactly my aesthetic.

I bought this for $80 and it came bundled with a red Apple Watch band. For me that price seemed fair. It’s maybe a little much to ask for a charger, but as someone who needs to charge more devices than the normal person, this product is super useful.

At the time of writing, the SliceCharge 2 is $20 off, which might make it more compelling to a wider audience. Check it out.

OmniFocus as a Read Later Service

Ok, hear me out, but I’ve been using OmniFocus as my…