Why both customers and merchants should adopt Apple Pay ASAP

I've been a big proponent of Apple Pay for as long as it has been around. It was launched in late 2014 just after the iPhone 6/6 Plus release, and it would be fair to say adoption was slow at first. Apple announced a modest list of partners they were working with to get this payment option out that year, but anyone who did the math knew that list of merchants was nowhere near enough to let anyone leave their wallet at home. A little over 2 years later we're closer to that reality but there is definitely still a ways to go.

Apple Pay is accessible at more places than ever (Apple cites 2 million merchant using it) and people are using it more. We don't really know exact numbers, but Apple reported a 500% increase in transaction volume in Q1 2017, ad that's coming off 500% growth in the quarter before that too. That said, PYMENTS.com reports about 5% of iPhone owners use Apple Pay, which I'm sure is lower than Apple would like. Although considering Apple has sold over 521 million iPhones since the iPhone 6 was released (first to support Apple Pay), that could be quite a few people.

I personally am a big fan, and proponent of Apple Pay, and Android Pay for that matter. Paying with your phone is nice and provides a few key benefits to both customers and merchants alike.

Why should customers use Apple Pay? 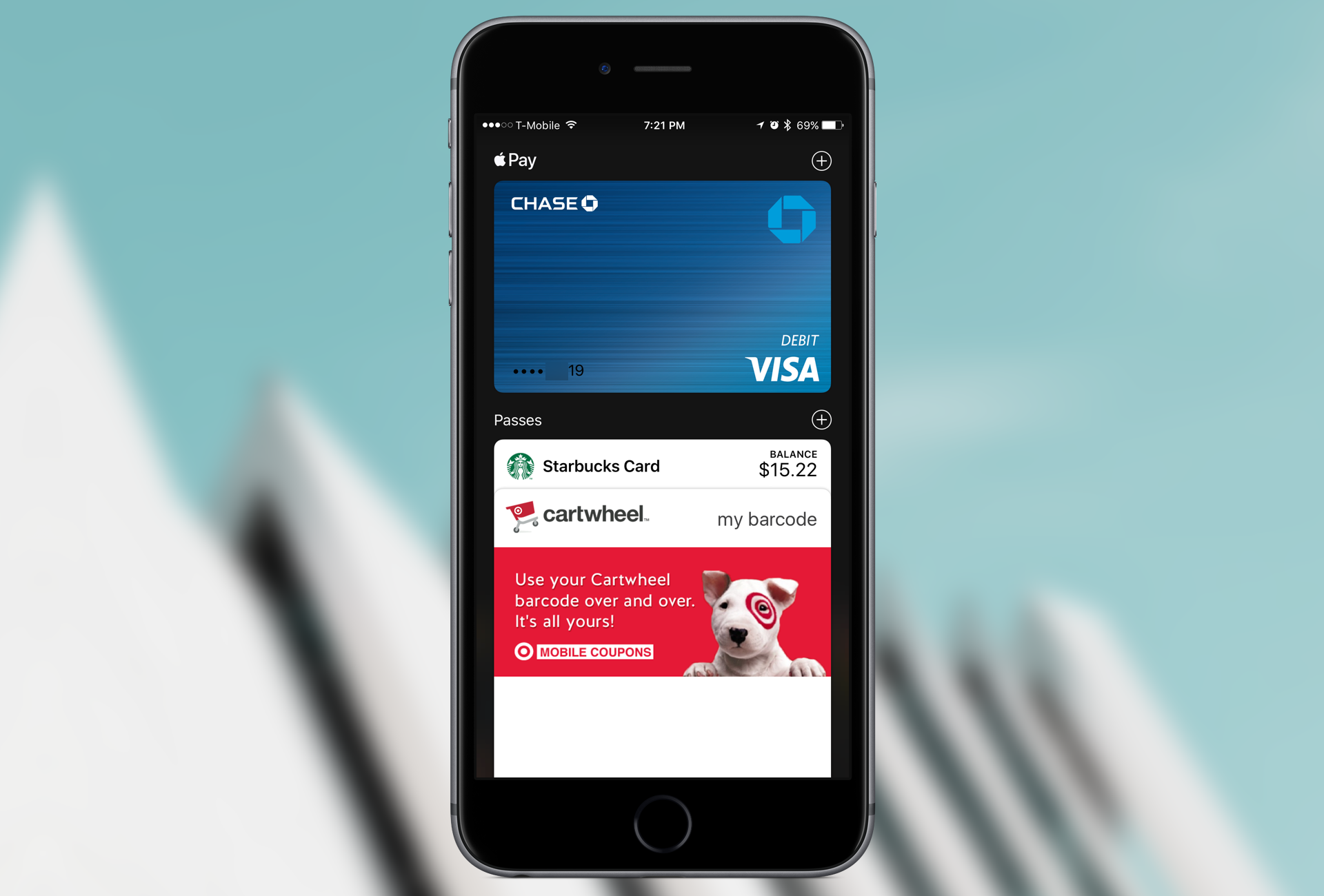 The odds are you are just an average customer and you want to know why you should take the time to set up Apple Pay on your iPhone and start using it whenever you can. First you should know that Apple Pay only takes a minute or two to set up, so don't let that stop you.

Apple Pay is set up in the Wallet app on your iPhone, and all you have to do is take a picture of your credit/debit card you want to link with Apple Pay and it will read everything off the card for you. Enter your CVV (back of the card) and you'll either be done, or your bank will have a second step of verification to make sure you are who you say you are. I use Chase and that meant I could have the end me a text message or email to verify everything. That took about 15 seconds to come through, and I was good to go from there.

The most obvious advantage Apple Pay has over most other payment methods is that it's fast. Swiping your credit card isn't that bad, but any place that does EMV (chip-and-pin or chip-and-signature) is just a chore these days. Verification takes longer as there is more back and forth communication between your card, the reader, and your bank. I appreciate the added security, but I never cease to be annoyed whenever I have to pay this way.

Apple Pay on the other hand is nice and zippy. Unlike basically all other pay-with-your-phone options out there, Apple Pay benefits from you not even needing to open an app to us it. Hell, you don't even need to unlock your phone. Simply hold your phone up to the credit card terminal, have your finger resting on the home button, and the payment goes through in a moment. There's still a few seconds you have to wait, but you're not interacting with the terminal in that time, wondering what you have to do next.

As an additional benefit to those of us with Apple Watches, Apple Pay is a simple double tap of the side button away. Double tap the button and hold the Watch up to the reader and boom, you're done. It's magic.

While checking out with Apple Pay is faster than EMV, you shouldn't think you're sacrificing security for convenience. Apple Pay talks to credit card terminals with the same EMV standard as your chip-and-pin card, it's just a wireless connection instead of the physical connection when sticking a card in a slot.

This means that the data is encrypted, and requires verification from your phone, your bank, the card reader, and the merchant themselves are all who they say they are. If something along this chain is wrong, the transaction fails. It's not ironclad, but it's the best we have right now.

Remember 2013's Target hack? How about Home Depot's hack the next year? Millions of consumers had their full credit card information revealed, and had to get their cards replaced ASAP. This was a major pain for everyone involved and it should never happen, but it does.

After the Target hack in I had to cancel my debit and credit card, and wait for them to come in the mail. Not fun. 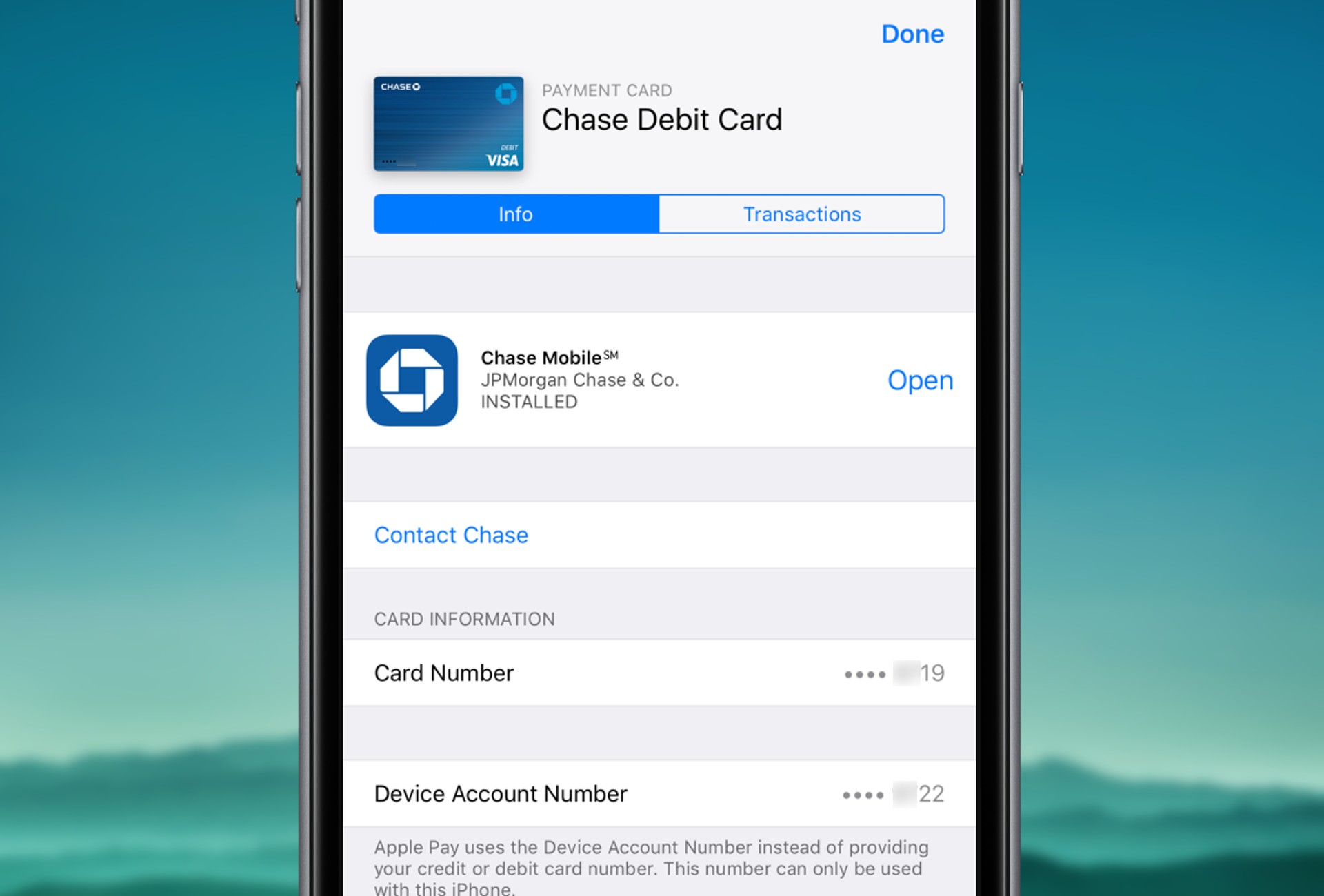 This Apple Pay card number is totally useless outside of Apple Pay transactions, so it's worthless to hackers. They can try to run that card manually all they want, but they're not going to get anywhere. 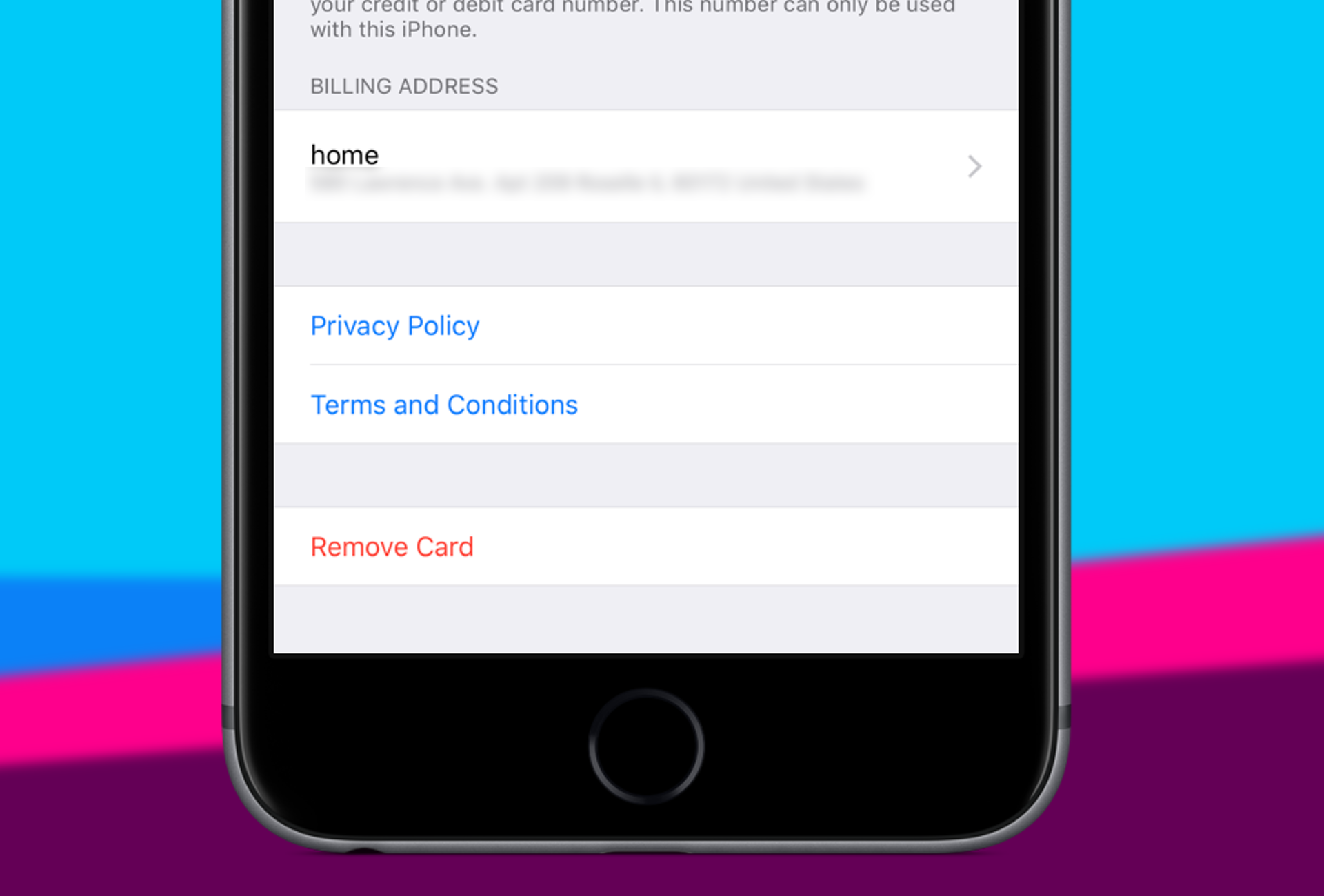 Additionally, if I wanted to take no chances and get a new Apple Pay number, I can go into the Wallet app on my iPhone, tap into the card I use, and tap "Remove Card" to kill it. I can then go through the quick setup process from there and set up the card fresh with a new number.

This last one may be a small point, but some people will appreciate it. The magnetic strip on your credit cards has not only your credit card number, but also your first and last name. Most big chains have elaborate systems in place to track your shopping habits, and they can track you to some extent with just your account number, but getting name information is huge.

EMV is often better for this, but a lot of banks still have your name as a piece of information a merchant can pull from the card data. Apple Pay meanwhile does not send any name information over with a transaction. It's a small thing, but could be a perk to those a little more privacy-conscious.

Why should merchants use Apple Pay?

While Apple Pay is great for customers, it's also hard to find a downside for merchants either.

You need to spend money to make money, but you don't need to pay a penny to take advantage of Apple Pay. Apple does not take a cut of transactions, so your fees for payments will be exactly the same as they are right now.

Maybe you are with a payments provider who charges you extra to take advantage of Apple Pay, but I am yet to find one that does this.

The percentage credit card companies charge you for each transaction can vary based on transactions being "card present" or not. There is less risk associated with card present transactions, and they cost less to process in most cases. Apple Pay essentially works like regular cards in this way, as Apple Pay transactions were the customer holds their phone up to your reader counts as card present, while online or in-app transactions do not.

It's easy to set up

Most payment providers who offer Apple Pay have it built into their platform so you have to do very little to get set up. Check with your payments provider to see what you need to do to get started, but often it is as easy as buying the right card reader and plugging it in.

Finally, that speed benefit your customers have can also be your benefit. Quicker checkouts mean better conversion, happier customers, and increase the odds of gaining repeat customers. People may love shopping at your store, but don't kid yourself into thinking they love waiting to check out.

If you are already taking Apple Pay, or this article has convinced you to start accepting it, Apple has a free kit of signage you can put up in your store so you can let your customers know you are ready to take fast, secure transactions.

There are still some reasons you may not use Apple Pay as either a customer or merchant. Maybe you don't have an iPhone 6 or newer, or maybe you have an Android phone (in which case kudos for making it this far in the article!). Or maybe you have a payments provider who you love for other reasons but doesn't have Apple Pay yet. These are fair reasons, but the reasons are disappearing day by day.

Apple Pay is a secure, fast, and overall convenient way to both make and take payments. Especially if you are just a customer who would enjoy a little less hassle when buying your groceries, you really, really should set up Apple Pay today.

I use Safari as my main web browser on my Mac. I…