The latest update to Drafts has put the app not only back on my home screen, and not only back in my iPhone dock, but also on my Apple Watch face. While I have seen some great reviews out there for the app itself, I have not seen anyone really look at the Apple Watch component in real detail.

The main function of the watch app is to add new notes to your inbox, but the app goes a bit further than that in ways I really wasn’t expecting. 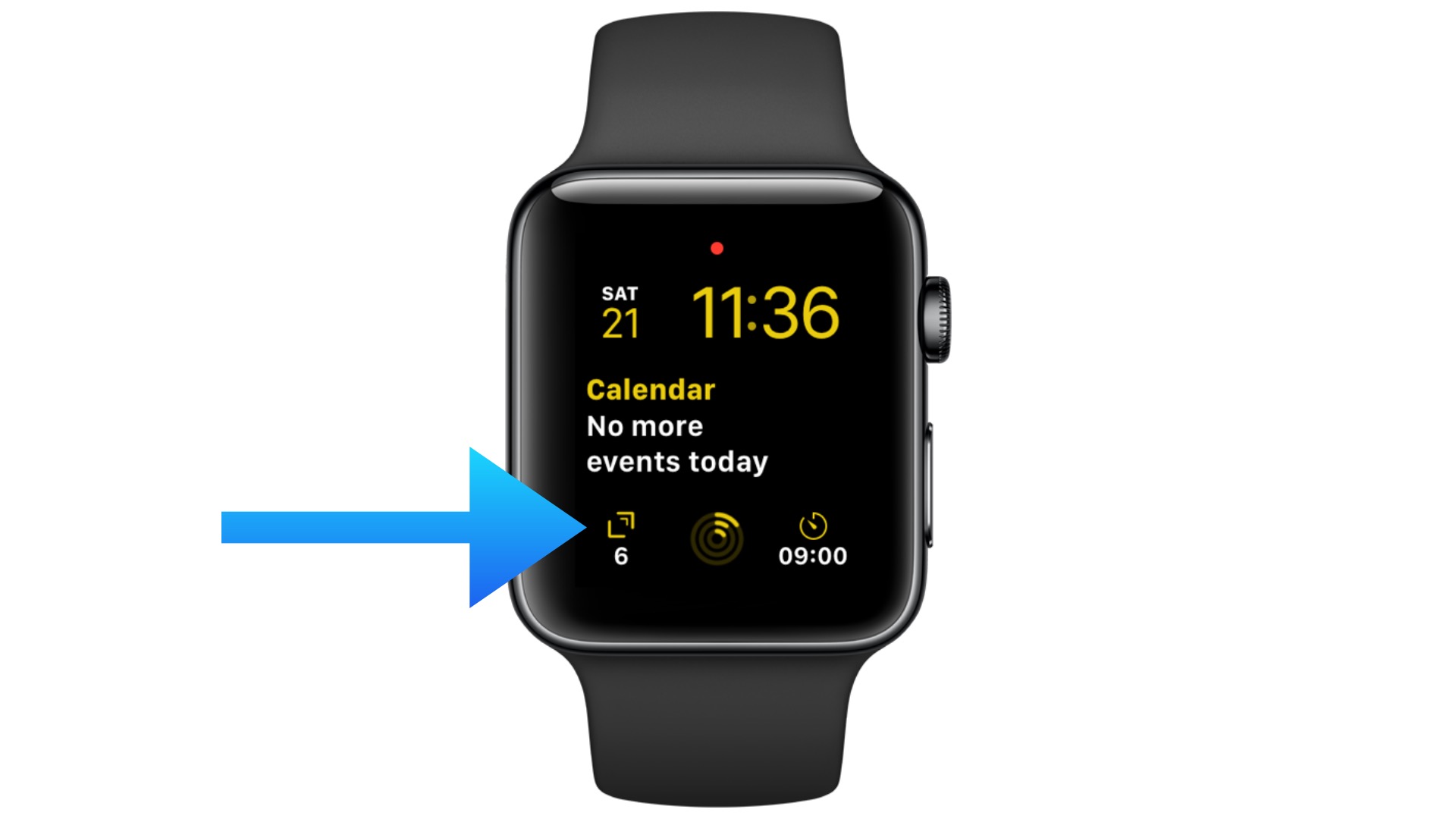 As with any good Apple Watch app, there is a complication you can put on any watch face. The only information the complication provides is how many notes are in your inbox, so you may not like this if you are the sort of person who just keeps everything in your inbox.

The complication will work in any sized complication spot, and the information is the same no matter the size. From the largest complication on the Modular watch face down to the tiny number-only complications of Utility, all you get is the inbox count.

Tapping the complication takes you to the main screen of the app. 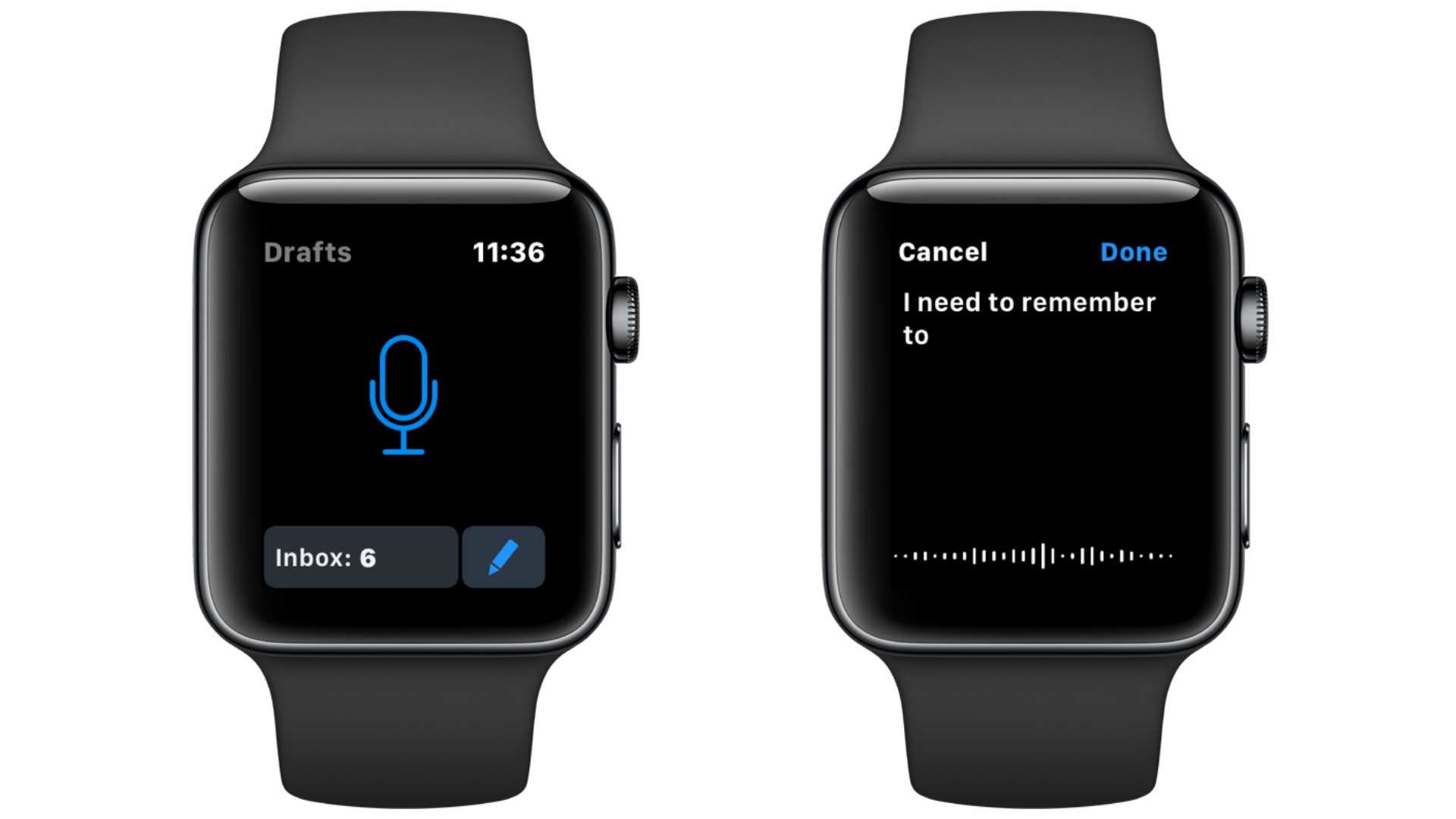 The intent of the Apple Watch app is to let you enter new drafts quickly from the watch. The big button on the main screen starts dictation where you can speak whatever your want and watchOS will turn that into a text note. It’s saved as a new note as soon as you tap “done.” Easy.

You can also tap the pencil icon on the main screen to enter something manually. Interestingly, you can simply create a note with just the current date or date/time. I don’t have a use for this myself, but I guess it could be helpful for some people. There are also the scribble, dictation, and emoji entry methods as well on this page, which are more likely to be used.

I personally find myself using the standard voice dictation method, which works quite well. watchOS does a good job of doing voice-to-text and the whole process is nice and quick.

You have full access to every note in your inbox, and you can view, edit, flag, tag, archive, and delete these messages. 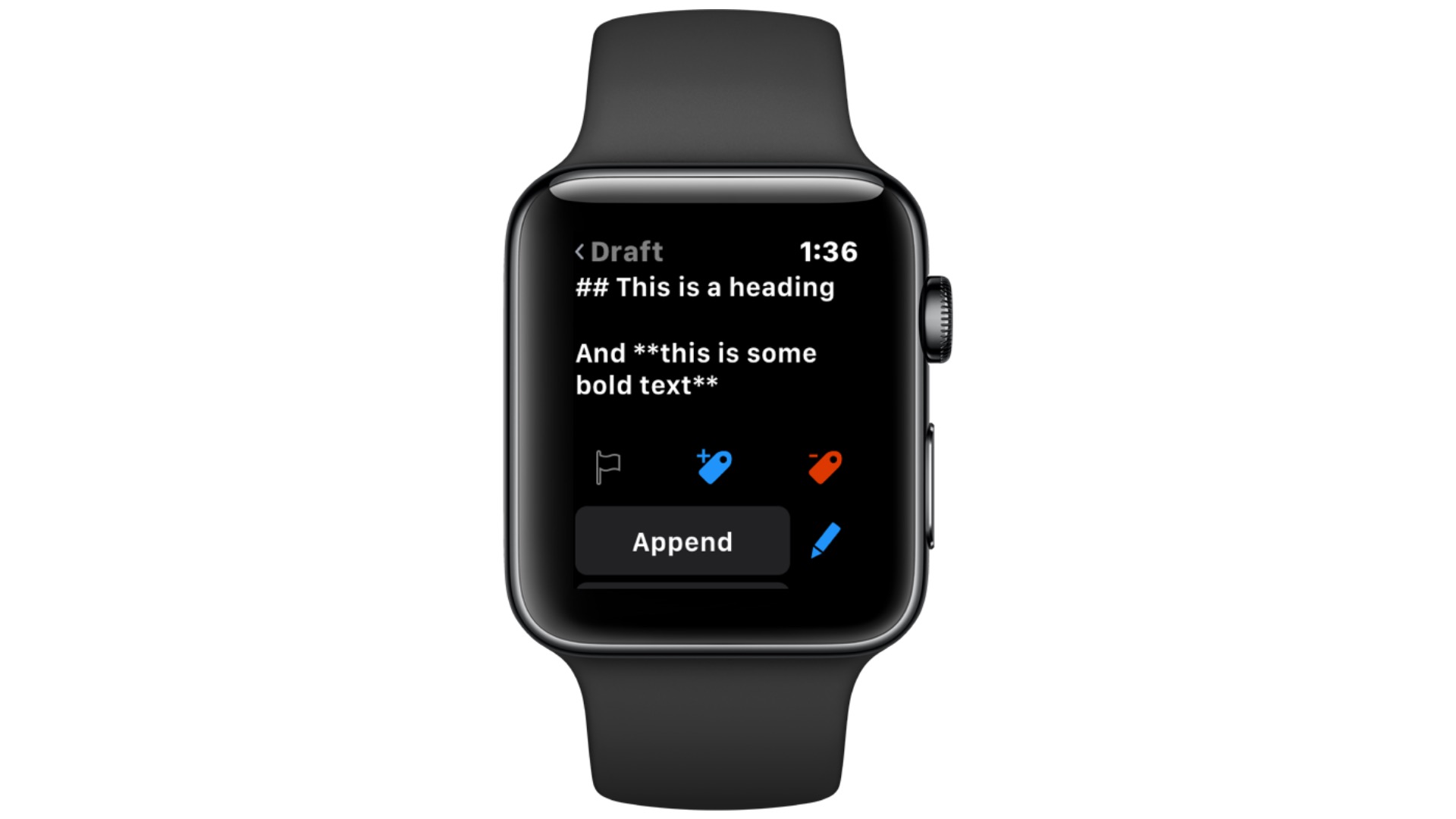 View lets you read the full contents of a note. The text is not styled or anything, but you can see everything in the note. I have some notes with a few hundred words and the whole damn thing appeared on the watch, which is pretty cool. There may be a limit, but I have not hit it.

Editing happens by using the “Append” or “Prepend” buttons and lets you add text at the top or bottom of the specified note.

Flagging is a simple button to turn the flag on or off for each note.

Tagging works by tapping the buttons to add or remove tags. If you add, you can quickly add any already-created tag, or create a new one from the watch. If you want to remove a tag, tap the correct button and simply tap on the tag you want to remove.

Archiving and deleting notes lets you do just what it says on the box. I don’t know how often people are going to use this, but I have already had a few times where I’ve been in the watch app and have just archived a few notes because I was already there.

All of this happens fast and without any noticeable sync times. The video below shows off not only my hairy arms, but how quick the sync happens. If you are away from your iPhone and don’t have internet, your changes will sync over as soon as you get back online. Series 3 LTE owners will have instant sync all the time as the app is always connected.

Request for the future

While I’m quite happy with the overall functionality, there is a single feature I would love to see in the future: running actions from the watch app.

For example, I sometimes compose tweets in Drafts and have an action to send the draft as a tweet. I’d love to be able to take a note on the watch and then trigger that action from my wrist instead of opening the app on my iPhone and then sending it from there. Other actions, such as adding a task to OmniFocus, require actions in the UI and use callback URLs, so those would not work, but it would be great if even just a subset worked. The Workflow app does this today, as it allows certain actions to be completed from the watch app, but not others.

This is by no means a dealbreaker, but it would be nice to have sometimes.

Drafts has been a powerful app for many years, and with the recent update, the app appeals to Apple Watch enthusiasts like myself more than ever before. Don’t buy this app just for the watch component, but it, may be a nice cherry on top if you already have it.

Drafts 5 is free on the App Store with advanced features unlocked with a monthly or annual subscription.

The Apple Pencil is great, but one element that gets a lot…