Apple's WWDC keynote has come and gone, and it was quite a show. Apple felt like they were going at about 1 million miles per hour, and their 2 hour 20 minute show felt like it could have gone 4 hours and they would not have lacked content. Let's take a quick look at each segment.

Please note these grades are based on what Apple showed on stage and in their official pages on Apple.com. I have not watched the platforms state of the union or any developer sessions yet.

Apple announced essentially that Amazon Prime Video was coming later this year and moved on. Seriously, no software updates at all which is more than a little disappointing. It's not like tvOS is a mature platform with nowhere to grow. They did mention that they would be talking more about the Apple TV later in the year, but to have so little presence at WWDC was jarring1. 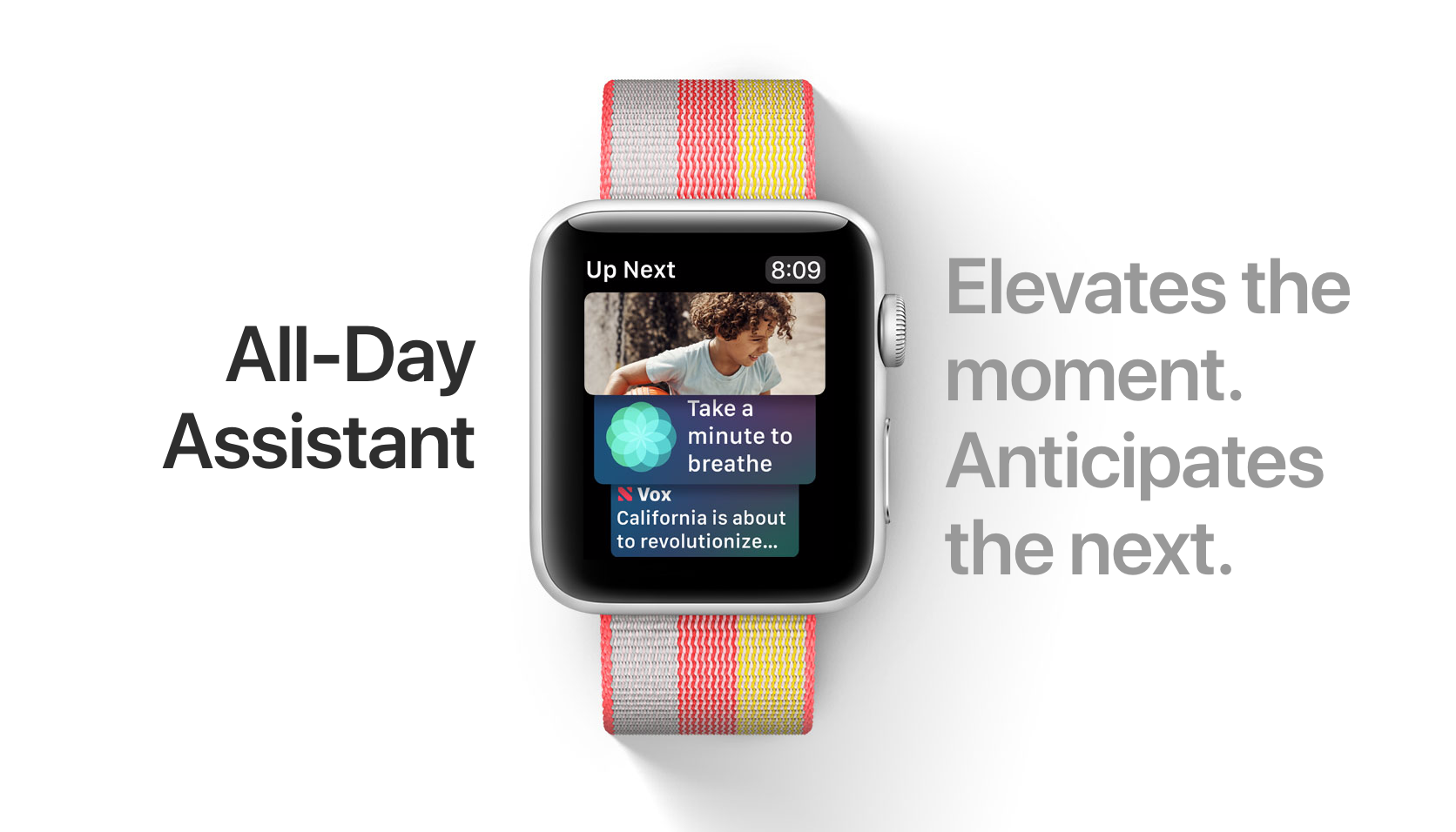 The watchOS segment zipped by, although it at least had some demos and new features to show off. Apple seems to still be focused on activity tracking with the Watch, and they made some smart updates to Workouts (media controls in-app, sequential workout support, etc) and Activity (coaching notifications and smart goals) that I think will be nice additions for anyone who use the Watch today.

The most exciting thing to me was the new Siri watch face, which is what I have been asking for for a while now. As I guessed this past weekend:

This is a little nebulous, but I think Apple is going to shake up what watch faces do on the Apple Watch. I’m thinking something like automatically changing the complications based on time or your location, or maybe bringing up media controls when your playing audio on your phone. I know I’m being a little fuzzy on this, but I’m going to count this one if the watch faces make any decisions about what they should show to you.

Yeah, that's exactly what the Siri watch face is! We'll have to wait to see how good it is in reality, but this is a watch face that in theory will give you exactly what you want every time you look at it. I'e got high hopes for this. 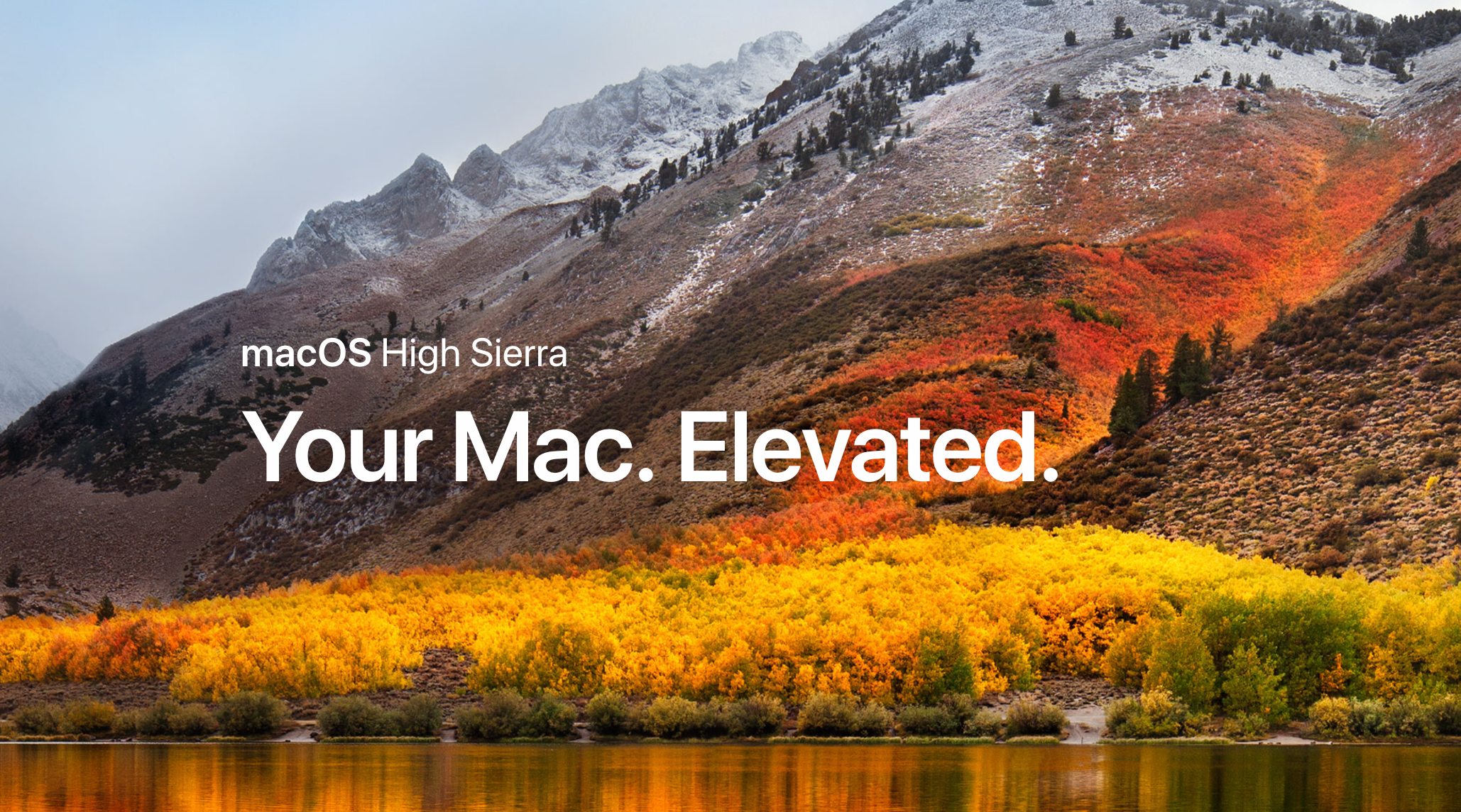 The Mac is a thoroughly mature platform at this point, and we're just in the refinement stage of life. This High Sierra update makes things faster, safer, and that's about it. Apple boasted about small updates to Safari and Mail (snore) and then talked about Photos getting better.

They did also announce Steam VR was coming to the Mac, as well as Unreal and Unity creation tools for creating VR content on Macs. This was a field Apple was falling woefully behind in before, and it's good to see them making progress on this regard.

There are more changes under the hood, with APFS being the star of the show. Apple deftly upgraded almost all of their iOS devices to the APFS file system this spring and it went incredibly smoothly. One can only assume they will nail the transition on the Mac, and if they do, APFS has a lot of benefits to users. Nothing that they will see on a daily basis, but getting off of HFS+ is a big win for everyone.

Finally, Metal 2 and the updates to H.265 formats were great, but again not something that exciting to most people. macOS is getting faster at more modern things, which is great, and all the Mac needs at this point. 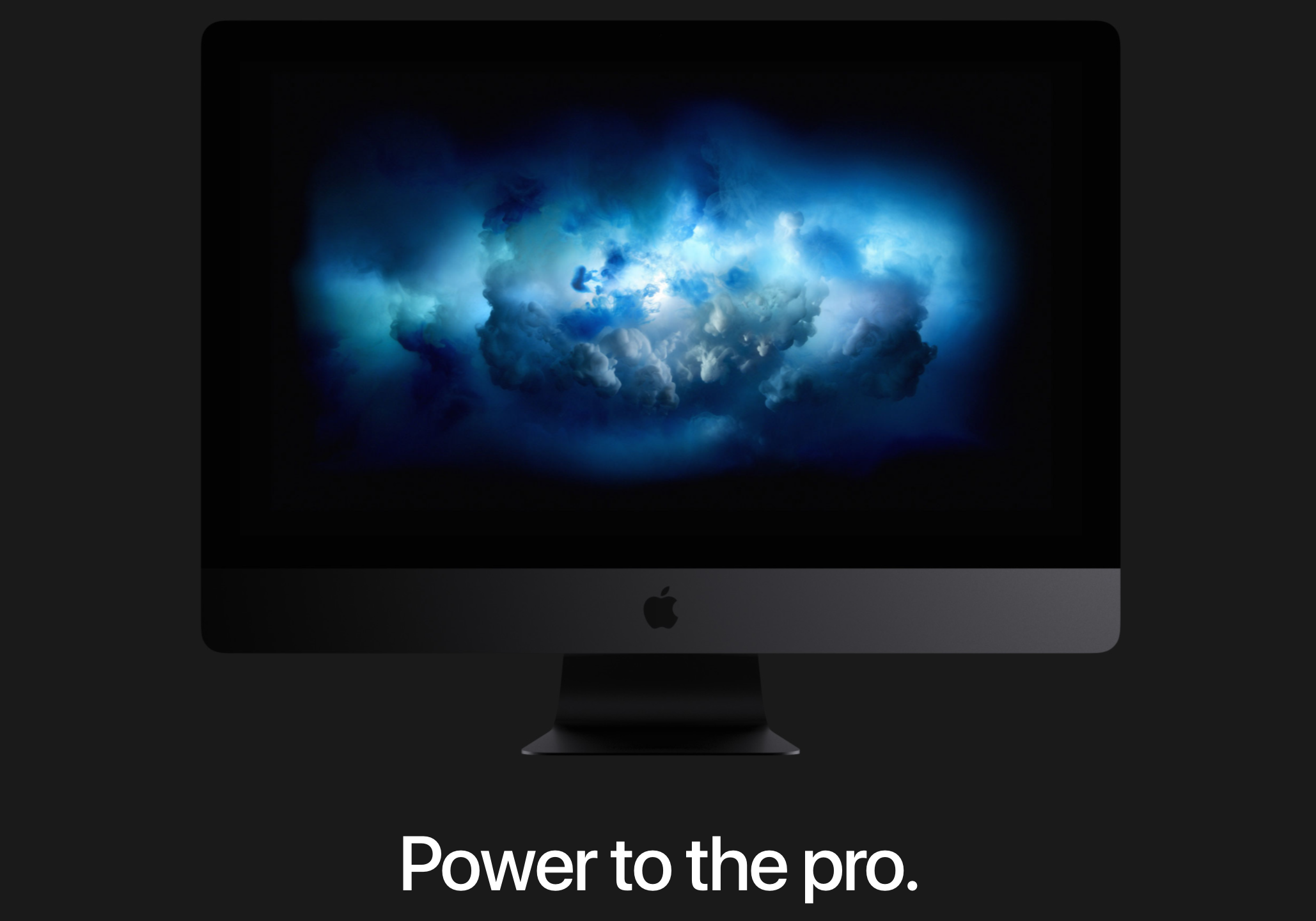 I don't know if we've ever gotten this many Mac updates at a WWDC before, but these were pretty great across the board. All iMacs, MacBook Pros, and MacBooks got updated to Kaby Lake processors, among other spec boosts that people were looking for. No, you can't get a MacBook Pro with 32GB of RAM, but that was really the only spec boost that wasn't there.

The star of the show was the new iMac Pro, which looks like an absolute beast of a machine. They dramatically ramped up the hype saying it comes in 8 core Xeon…then 10 core…then 18 core! An 18 core Xeon processor in an all-in-one computer is nuts! Up to 11 Teraflops of GPU computations is nuts! 128GB of RAM is nuts! 10Gb Ethernet is nuts! You get it, this thing is insane!

I will never own one of these iMac Pros, but damn do I ever have techno-lust for it.

I think iOS 11 has more good features than what Apple showed on stage. Their stage presentation kicked off with talking about iMessage apps, which made my stomach sink for a second. "iMessage apps, really???" But they got onto some more substantial updates after that.

Overall this felt like a pretty tame update compared to last year's iOS 10. Siri gets better with the ability for developers to integrate banking and task management apps to build in Siri support, she now does translations, and there's a new voice, but it's not the Siri reboot I think lots of us were expecting. The lock screen and notification/today screens are now combined, which could be nice, but notifications are still not able to be sorted by app.

There were also some nice updates to Maps (speed limits and lane guidance), Photos (live photo improvements), augmented reality, and Control Center (customizable to a huge extent!), but again none of these blew me away.

iOS 11 did blow me away when it came to iPad-specific features. The new multitasking looks more powerful than before, drag and drop is marvelous, the new keyboard is surprisingly efficient, Pencil support got a huge shot in the arm, and there's just so much more. I have to jump into this stuff more over the coming days, but there is a shocking amount of stuff here for iPad users, and I couldn't be more happy. 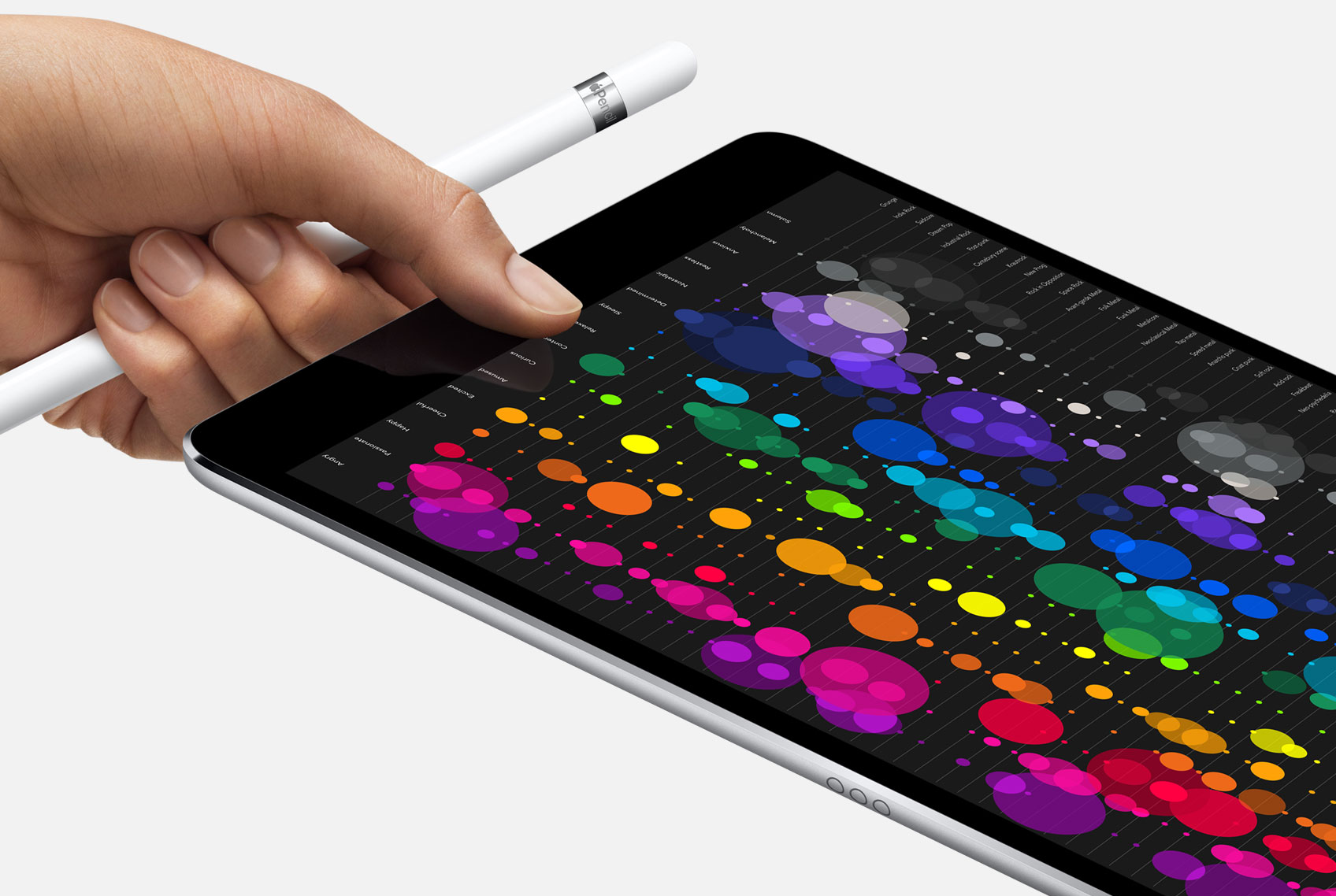 The 2 iPad Pro sizes are finally in sync, and the updates put out today are solid. The biggest upgrade to me was the new A10X processor, which appears to be blisteringly fast, and should handle all the new iOS 11 features perfectly, and the fact that they've gotten a 120Hz screen in these things is mind-boggling.

The 10.5 inch model has smartly killed off the 9.7 inch model as well, which I'm perfectly happy with. 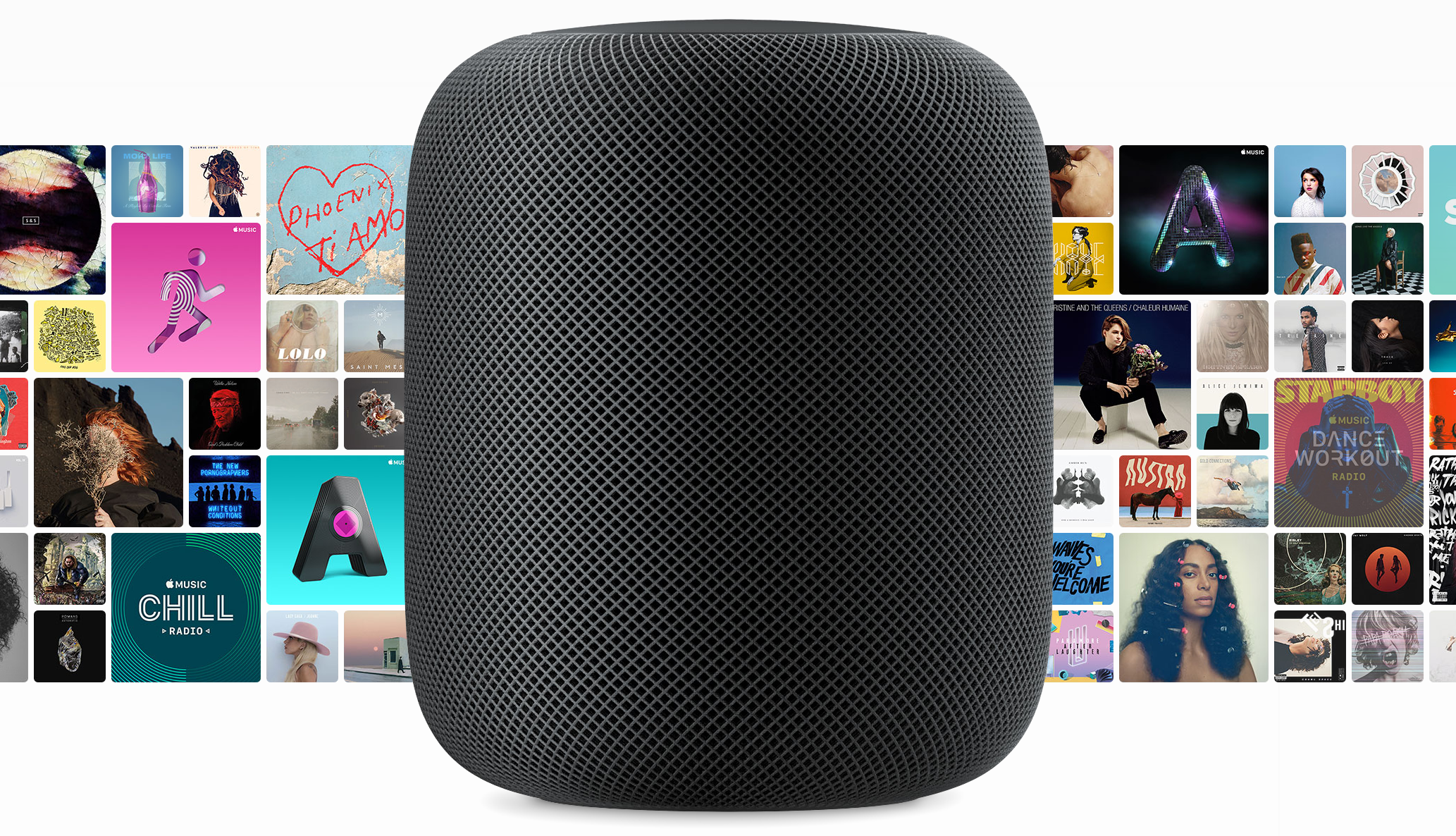 This is the least excited I've been for a new Apple product in a while. Apple pitched HomePod as a music listening device first, and an assistant second. I guess Apple is pitching this against Sonos and not the Amazon Echo and Google Home, but I'm not sure if that's a brilliant or stupid move on their part. At $349 each, they need to have a pretty strong case for these to exit, and I don't think they made a good enough case for me today2.

Apple did say that they would have more to say about the HomePod later this year before its release, but I'm not totally sold yet. Again, this is the sort of product that would have landed with more resonance if they paired it with a brand new Siri that's smarter and more capable. Maybe we will hear more later and I'll change my mind, but right now I'm not saving up for one of these.

This was a fine WWDC, but it didn't blow my socks off. All of my Apple products are going to get better this fall, and that's great, but they didn't make any giant leaps in my opinion. iOS 11 on the iPad was the star of the show, and in time I may come to say that this alone makes this one of the best WWDCs ever, but I'm not there right now. This is a first reactions post, and my feelings could certainly change in time.

Not that it really matters, but I enjoyed what Apple showed off more than what I saw from Google or Microsoft in the last month of events they held. We got tangible software that is on many thousands of devices already today, and no abstract promises for what we may see one day (Google was particularly guilty of this). I appreciate that Apple always talks about what it is doing now, and what it is doing to make the devices in your hand, on your wrist, and on your desk better.

I need to let this all settle a bit and see what I feel over the next couple days and weeks. You can of course subscribe to BirchTree to hear about all the nitty gritty details of of these updates.

One of my biggest complaints [https://birchtree.me/blog/fixing-media-controls-in-watchos-3/] with watchOS…

Should you install the iOS 11 beta on your iPhone or iPad?