OnePlus phones are known for having best-in-class fast charing, and now that I have one of these guys, I had a few questions:

Despite the Android community’s love of open standards, the OnePlus line has garnered lots of love from Android fans for their proprietary Dash Charge technology. Ironically, in this case Apple uses a more open fast charging standard, but let’s just get to the data to see how they stack up.

I used an iPhone Xs with a 29W MacBook charging brick and a USB-C to Lightning cable. I also had a OnePlus 6 with the included Dash Charge brick and cable. 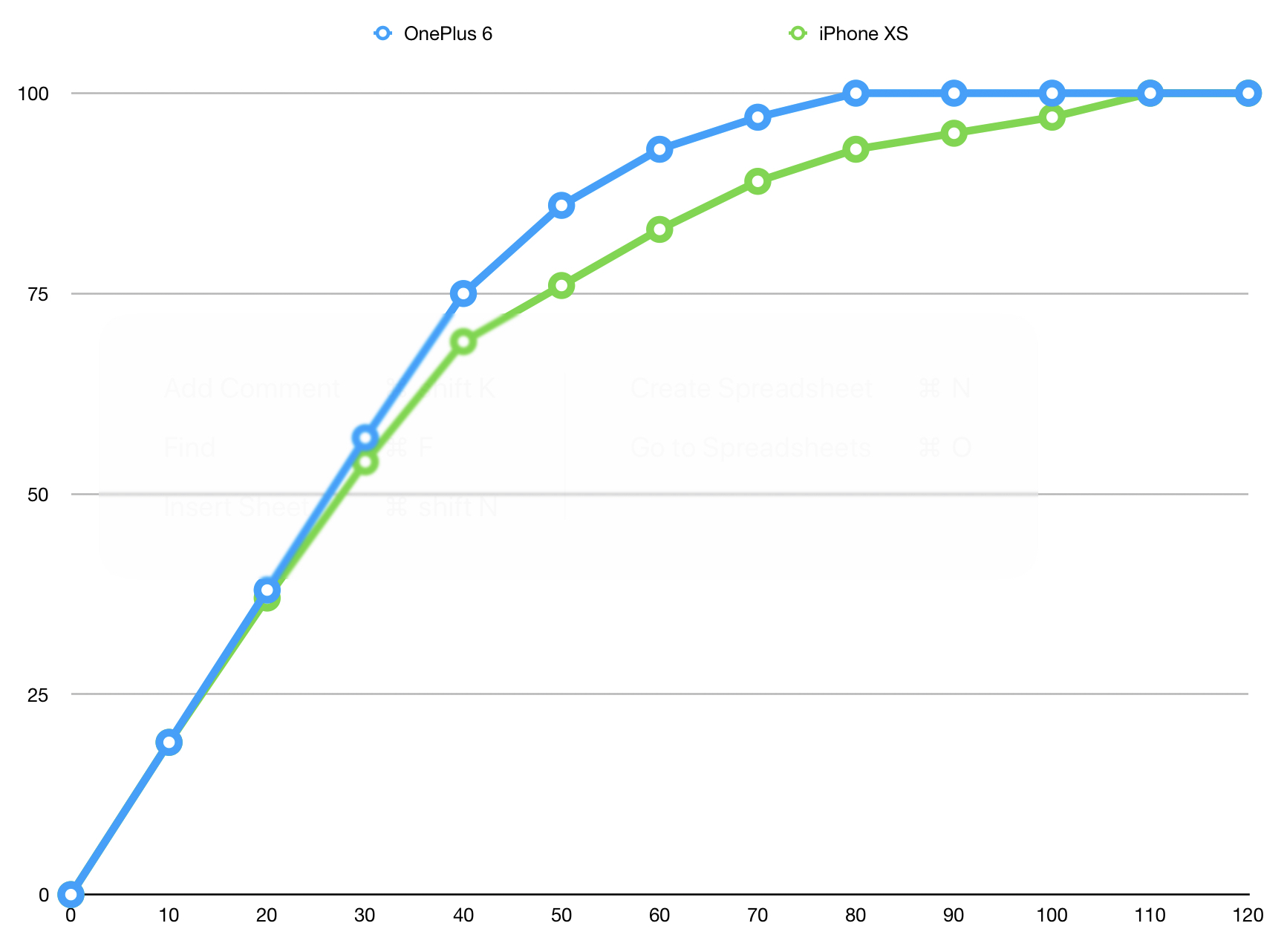 So the OnePlus beat out the iPhone, but considering the hype around Dash Charge, it was a heck of a lot closer than I expected.

After that the phones start to diverge quite a bit. Once the iPhone hits 50% charge, the phone really starts to ease up on accepting charge. This never amounts to ton of separation, but if you want the phone that gets you from 0-100% as fast as possible, then the OnePlus is the winner here, getting to 100% 30 minutes faster than the iPhone.

One could make the argument that Apple is being more conservative with battery life, as charging up your battery too quickly can degrade its long term performance. My suspicion is that Apple cares about super fast charging for the first half of the battery, but would rather be easier on the battery on the second half to not over-stress the battery. For a phone-maker who does less with more (the Xs has a 20% smaller battery than the OnePlus 6) and caters to users who tend to hold onto their phones for 3+ years in many cases, this could make a lot of sense.

I would love to have someone who really knows battery tech tell me if that logic follows.

Also very much worth noting that the OnePlus 6 is using the charging brick and cable bundled with the phone, but the iPhone requires additional hardware. The charging brick that comes in the box with the iPhone Xs is less than half the speed of the quicker charger used here. Considering the Xs costs about 2x the price of the 6, that’s a really tough pill to swallow.

Sorta Back on the Android Train

A Terrible Misuse of Space