Microsoft had their Build Conference last week, which means we're officially in summer-tech-conference season! Microsoft wrapped up their show, where they presented where they think computers are going in the next 12 months, Google will have their I/O conference in a few weeks where they will do the same, and Apple has their Worldwide Developer's Conference (WWDC) in early June. I enjoy following all of these companies' shows, as it is a good time to reflect on where each of these tech giants are, and where they see themselves going. If you want to get a pulse on the industry, these are good places to start.

I've never really paid that much attention to Build, mostly because I'm not a Windows guy, so everything they show had little bearing on my life. But now I use Windows professionally, and while I don't like it, the future of the platform has a more direct impact on my computer usage than it once did. Additionally, Microsoft has shifted its focus considerably over the past 5 years or so and has become a much better cross-platform company. You no longer have to be using Windows everything for them to have value in your life. Macs, iPhones, and Android phones can all benefit from the things Microsoft is doing as well. 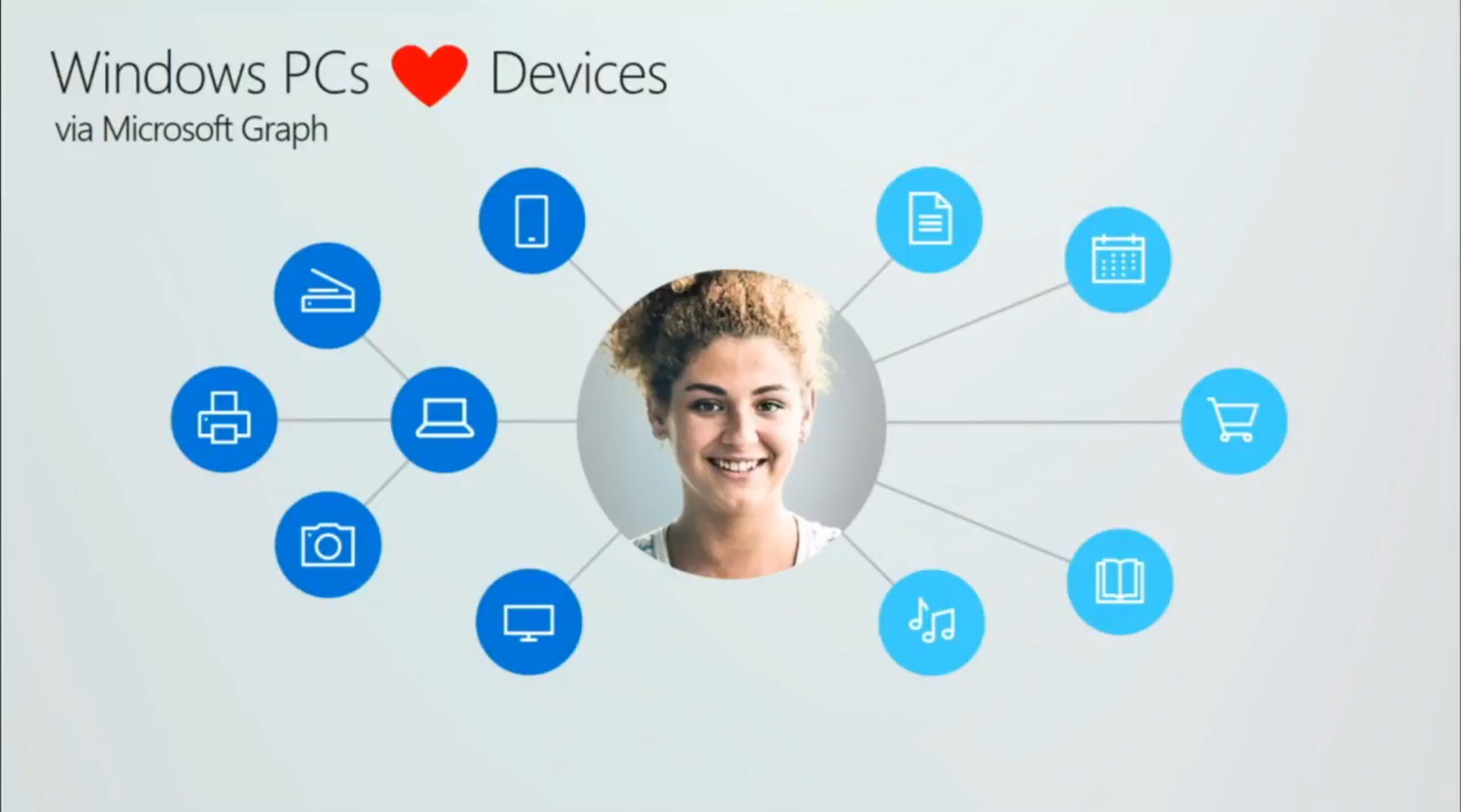 Microsoft made a lot of emphasis on working with other platforms. They showed off clipboard sync across Windows and Android devices, they showed OneDrive features working with Windows and iPhone, they proudly said iTunes is coming to the Windows Store which will give users access to Apple Music, among many other examples of cross-platform support. It was frankly a little off putting how little they acknowledged that Windows Phones were even a thing anymore. But I also really respect Microsoft's ability to go on stage and say "look, we know a demo that shows how this stuff works with Windows Phones would be irrelevant to everyone here."

At the same time Microsoft was totally happy to say Windows works well with your iOS and Android devices, they were not as friendly to the Mac. They never badmouthed it directly, but it's pretty clear that Microsoft is willing to cede the mobile industry platforms to others, but you're going to have to pry them away from the desktop market. This totally makes sense for them, but it was interesting to see that there was a line they would not cross in terms of playing nice with others, and the line is the Mac.

My other big takeaway from the presentations was that Microsoft is still fundamentally a company building a platform for businesses, not consumers. There was one nice section in one of the keynotes where they showed Story Remix, which is an app that will collect video from your device (and others' if you can convince them to install the app on their phones too) and automatically creates a video of the clips and images in that collection. It was a cool demo, and showed a lot of promise. But the rest of Microsoft's show was dominated by corporate jargon and business software. Their demos took us into a factory to see how their machines process data, as well as spending most of the time in business-y settings and using phrases like "we'll show you a range of ways that Windows will connect to the Microsoft Graph." To their credit, they acknowledge that's a bit of a word salad when they first say it, but then it comes up again over and over during the course of the presentations and they never pivot to a more approachable phrase. It's not a mark against the functionality of the software, but it is definitely a note that Microsoft is getting better in many ways, but avoiding corporate mumbo-jumbo is not one of them.

Microsoft showed off their new design language called Fluent Design, and it looks…futuristic. I don't really know what to say about it other than it's a cool concept video, but I'm highly skeptical this is something we'll be seeing in Microsoft software anytime soon.

My skepticism comes largely from what I see in the Windows software market today. We're 4 years past the introduction of Windows 8 and Microsoft's new vision for how computer software should look and feel, but the vast majority of software on the platform is still stuff that looks and behaves largely the same as it did in the Windows 7 and even XP days. It seems like the larger Windows development community is not interested in modern UIs, and the customer base has no interest in demanding that from developers. So when Micorosft puts up a concept video for what they want UIs to be like, I don't really buy it.

Finally, I was surprised by how much time was spent of features I've gotten so used to on my Mac that I kind of forget they weren't standard across the industry. They showed off clipboard sync across your devices, something Apple started doing last fall. Micorosft's implementation is of course more powerful, but more complex to use. I can copy something on my Mac, and then open my iPhone or iPad (or another Mac, for that matter) and simply hit "paste" on that device to paste in what was on my Mac. There's no set up and it just works. The Micorosft solution is built on SwiftKey, their custom keyboard for iOS and Android, which is the mechanism for storing clipboard history between devices. This is nice because the SwiftKey and Windows interfaces for this feature includes a few of your recent clipboard items while Apple's implementation only includes your current clipboard contents, but requiring customers to use a special keyboard makes this a feature I don't think many people will use. Given the fact that they can't tap directly into the clipboards on iOS and Android means they didn't really have a better way of doing this, but that's one of the downsides of losing the mobile operating system war.

Microsoft also showed off selective file sync for OneDrive, which is the same feature Dropbox and iCloud have for selecting which files you want to store locally or remotely. They had a 5-10 minute demo where they showed a text file syncing across the desktops on a few Windows devices, again something my Mac and iOS devices have been doing for almost a year. Microsoft's implementation of these features does not look to be any more advanced than what we have now, but it's good that they're catching up because it is incredibly convenient functionality to have. 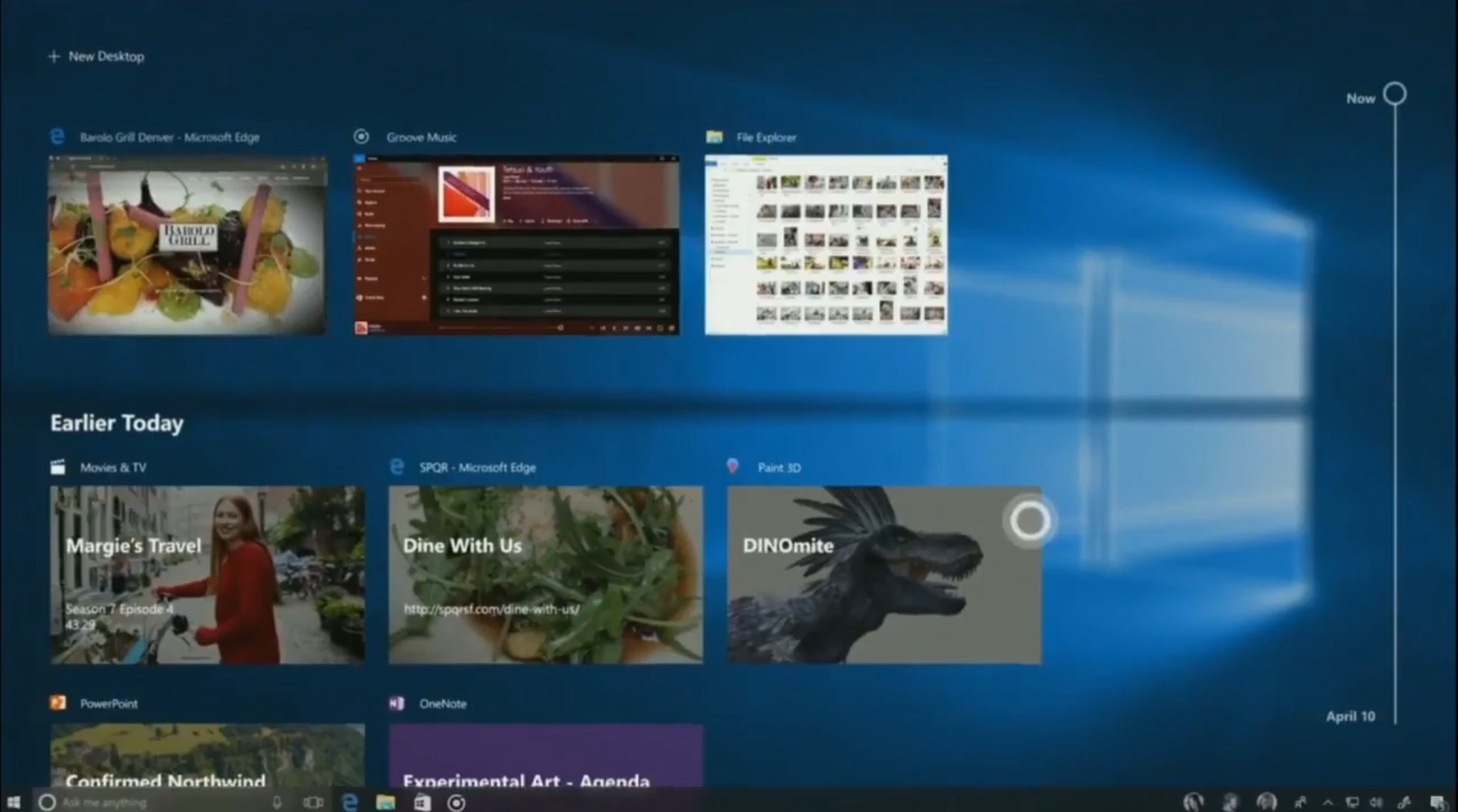 And then they showed off Timeline, which is a version of Apple's Continuity functionality, but with a little bit more power. This was the most interesting Windows advancement in my eyes, and I hope it works like they say it will. While you can hop between Macs and iOS devices on a task you are currently working on (document, video, website, etc), the Windows Timeline feature will let you hop into the current document, but it also lets you look at your history of documents you've been working on and lets you pick up and resume that task right from where you left off. It's a pretty cool feature, and was easily the highlight of the new Wiindows features for me.

These tech conferences are intended to show each company in the best possible light. They are supposed to get you excited for where they are going and make you want to start using their products to take advantage of all the cool stuff they show off. This happens to me every year with Google I/O and Apple's WWDC, but I didn't get that feeling from watching Microsoft's conference. I have no urge to throw out my iPad and Mac and go get a Surface Book. Frankly, this conference made me even more confident in my current computing setup that includes no Microsoft hardware platforms, and only a little bit of dabbling in their web services.

Microsoft and Windows specifically doesn't seem like a company in sync with what I want and need from a platform vendor. Microsoft has made strides and is no longer a company I feel any ire towards, but I really don't feel much of anything about what they are doing. Some people will surely feel different and the things they showed off at Build will have them over the moon with excitement, but to me it was all too corporate and treaded ground I feel like other companies have already tacked. I'd love to see Microsoft shake things up and really blow me away, but it didn't happen this time.

Last year's Google I/O was a big show for the company,…