Setting Up (and Quickly Reverting) a Hackintosh

The screenshot at the top of this post doesn’t make a lot of sense. Look as hard as you like, but you will not find an iMac with those specs. The reason for this is that I tried to “Hackintosh” a PC yesterday to see how that whole process works. I successfully created a Hackintosh boot media, installed macOS High Sierra on an HP machine, and had many things working, but ultimately reverted back to Linux. Let’s explore what happened. 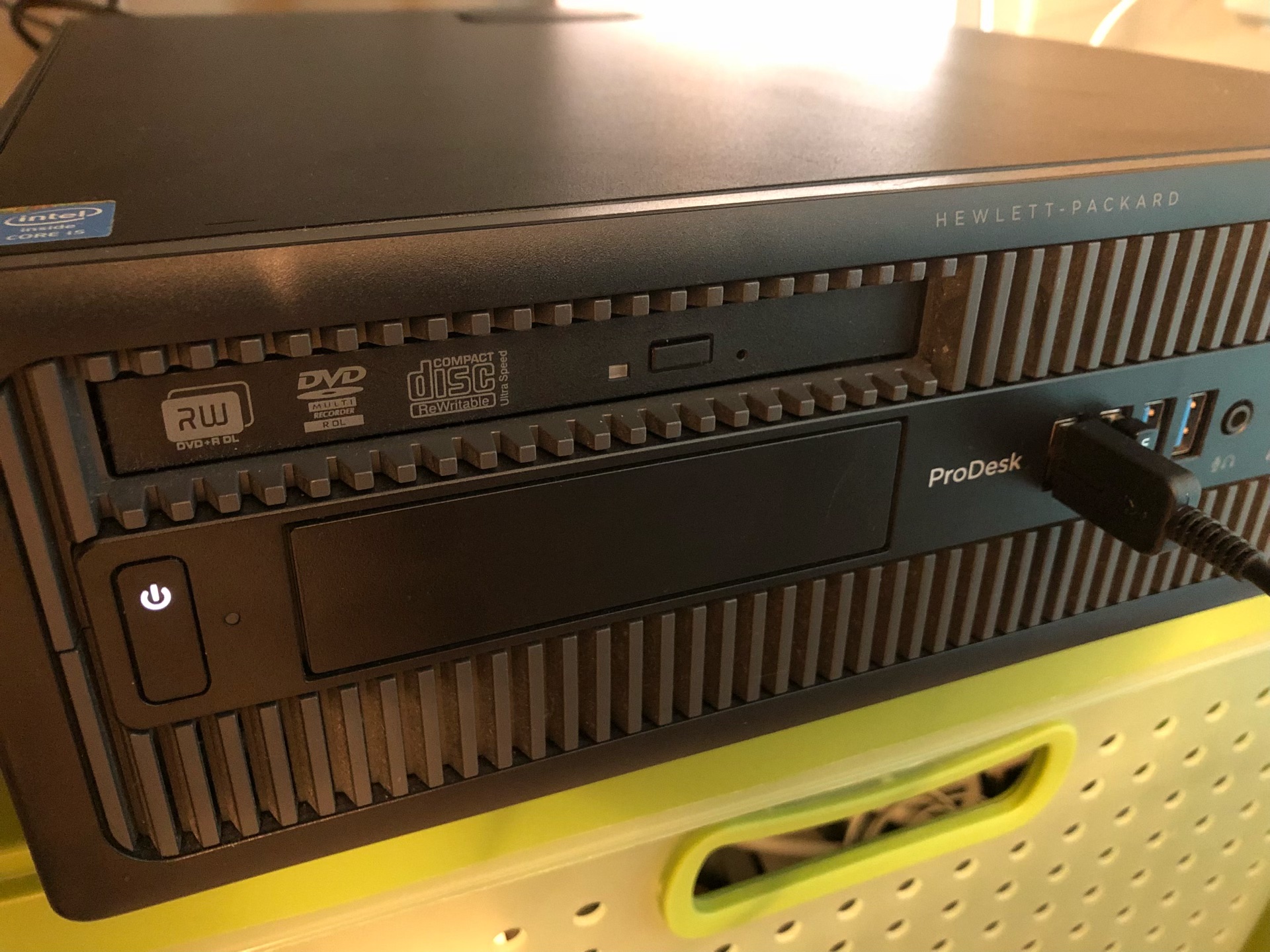 Many people in the Hackintosh community will build their own PC from scratch. They do this so that they maximize hardware compatibility. Drivers are not something we ever really have to think about in the Mac community, but they certainly are when you’re installing macOS on something not made by Apple. Things like CPUs and graphics cards may not work if macOS doesn;t know how to talk to them.

I did not build my own PC for this, and am instead using a 2 year old HP desktop that I got for free1. The machine has an Intel Core i5 3.2GHz (4 core, Haswell) as well as 12GB RAM on board. There is space for a graphics card, but I don’t have one installed at the moment. It also has a 1TB spinning disk, which is not ideal for 2018, but cost me $50 and seemed right for a “maybe I’ll keep this, maybe I won’t” computer.

It was stupid easy to install Linux on this machine, and everything works as you would expect, so why do the extra work to use macOS? Well, outside of me liking macOS a hell of a lot more than any flavor of Linux, I was tempted by the quad core processor, which has more bandwidth than my dual core 2015 MacBook Pro. Geekbench showed 18% better single core and 80% faster multi-core performance and I thought this might be useful as an Xcode/Final Cut rig. The MacBook Pro is good at both of those, but I’ll take anything that gets my compile times down in Xcode or my render times down in Final Cut Pro X. 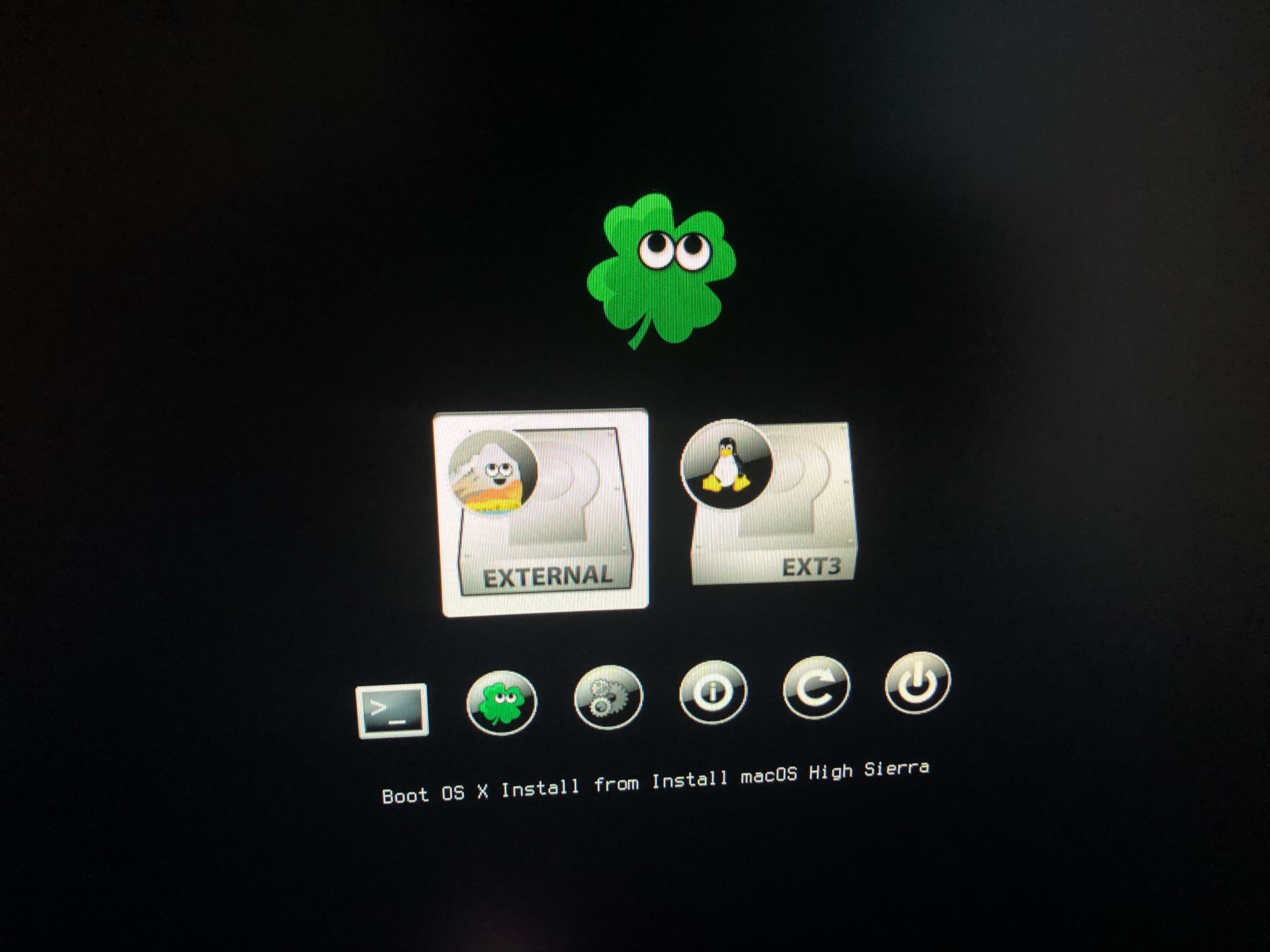 This went surprisingly smoothly. I used Lifehacker’s Always Up-to-Date Guide to Building a Hackintosh guide to create a bootable USB drive in about 20 minutes. You should read their guide, but essentially I had to download macOS High Sierra from the Mac App Store on my Mac and then run the UniBeast app on that Mac to flash the macOS installer onto the flash drive.

The guide says you need a 16GB or larger drive to use as the install media, but I was able to do it with an 8GB one. 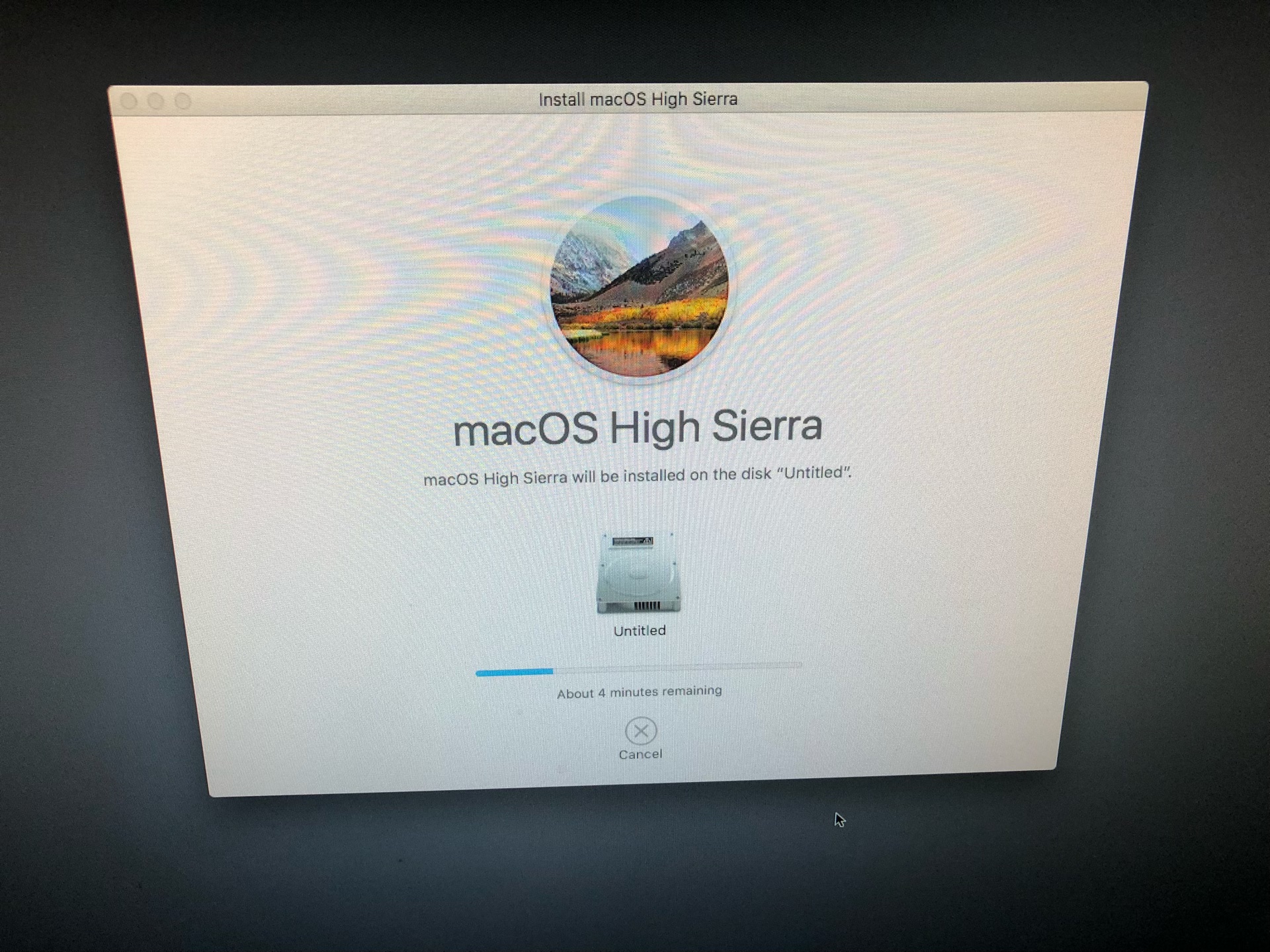 After that, the process will be shockingly similar to anyone who has installed macOS on a Mac from a USB drive. You essentially boot the computer with the drive plugged in, select the macOS installer, use Disk Utility to wipe the internal hard drive, and then walk through the installer like normal. It was incredibly easy!

Once the installer was done, I walked through the macOS setup process, and there it was, the macOS desktop running on this HP workstation.

This is truly a mixed bag, and thus was the reason I had to revert my machine back to Ubuntu.

First, the good. I was able to install the current version of macOS on my computer. Not an old version, and not some hacky version I had to torrent from somewhere, but the real deal.

Also, things mostly worked on first boot. Apps seemed to launch fine, my iCloud account knew what was going on and started syncing my files, and even iMessage worked just fine. As far as I could tell, this was the full Masc experience just as it should be.

Sadly, there were some quirks. First, there were noticeable graphical errors in numerous places in the OS. Transparencies seemed to be an issue, as many icons and images on the web displayed with black, flickering backgrounds. This was clearly a GPU driver issue, but none of the provided drivers (or ones I could find online) fixed this. For a computer to be used for video editing, this was not good. Additionally, when I tried rebooting, it booted successfully, but I lost internet and my settings said the ethernet cable was unplugged when it certainly was not. Numerous reboots, reinstalling drivers, and re-p[lugging in the cable did not fix the issue. No internet is a deal-breaker.

I could have spent more time looking for solutions to these problems, and maybe I will one day, but it really hit me that what I want from this computer is not something that's hanging on by a thread. A faster editing/coding rig would be nice, but I'd rather have a reliable computer that's a little slower than one that's faster, but can't be trusted.

And thus, here I am, back on Linux (Ubuntu 17.10). And while I don't like using Linux for anything full time, it seems like the best option for a computer like this. I've moved my Plex library onto it and plan to do some more server-style things with it in the near future. I'm glad I tried this, and I may try it again one day, but for now it's not the right thing for me.

On Chrome as the New Internet Explorer 6

This is a comparison that always gets people up in arms. IE6…

Transmit for iOS Bites the Dust

This is a sad day [https://panic.com/blog/the-future-of-transmit-ios/]: > Transmit iOS…