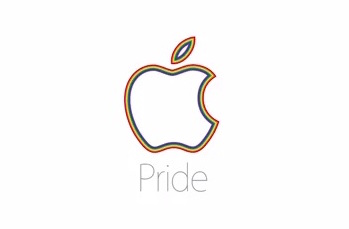 In case you missed it, Tim Cook came out in a spectacular piece for Bloomberg. I would have written something about it earlier than this, but honestly, the last few days have been insanely busy, and I presume you've heard the news. The closing paragraph is getting the most attention:

When I arrive in my office each morning, I’m greeted by framed photos of Dr. King and Robert F. Kennedy. I don’t pretend that writing this puts me in their league. All it does is allow me to look at those pictures and know that I’m doing my part, however small, to help others. We pave the sunlit path toward justice together, brick by brick. This is my brick.

That's a beautiful way to put it. Tim Cook is a humble guy, and he's downplaying his influence, but the sentiment is right on the money. Grand social change doesn't happen because of one person, no matter how influential. Tim Cook made this amazing statement, but by itself it doesn't do much. One more proud openly gay man doesn't mean that we're suddenly over homophobia as a people. The great hope in someone as prominent as Tim Cook laying his "brick" down is that many more people will be inspired to follow suit.

But people have been coming out for decades now, why is Tim Cook's announcement a big deal? Well, for years, we have had celebrities in Hollywood come out, and we've gotten used to it. It's great that we no longer freak out when an actor or actress comes out as gay, but we see it much less in other "more serious" or "less arty" industries. You can certainly name 3 gay actors, but can you name 3 high-level executives in the US? Probably not. You probably can only name Tim Cook. But we know that this can't be the case, there are too many gay people out there for so few of them to have risen to the upper ranks of the corporate world. Either there are C-level execs in our major companies who haven't felt comfortable to come out, or roadblocks in the corporate structure are keeping these people down. Neither answer is good, and we need to get better.

Kara Swisher wrote a great piece for Recode about why she loved Tim's article:

Why? Because it was non-apologetic and proud and bold in its assertions about his preference being “a gift from God”; because it contained deft references to the fact that he was not just gay, but a “son of the South” and a “fitness nut”; and, perhaps most of all, because it explained clearly why giving up some bit of his much-cherished privacy to help others was now worth the price he would pay.

There are 29 states where it is legal for an employer to fire you for being gay, which is absolutely insane! Obviously Tim Cook knew this wouldn't happen, but he did know that this statement would corrode his privacy, but still thought it was worth it.

I hope that Tim Cook's words inspire many people to feel comfortable and follow suit. Slowly but surely, America is moving forward thanks to small and large acts like this.

Well this is quite a change from last month [http://static1.squarespace.…