Visualizing how far ahead in AR tech Apple is to Google

Google’s AR project, Project Tango, finally has a second phone on the market 🎉. According to the reviews I’ve seen, it’s been noted in all cases that this phone is mercifully more compact than the previous Lenovo Phab 2 Pro. Now the Lenovo Phab 2 Pro not only has a stupid, stupid name, but it was also a behemoth with a 6.4 inch screen and came in almost a full inch taller than the iPhone 7 Plus. The new ASUS Zenfone AR is almost the exact same size as the iPhone 7 Plus, and compared to the Phap 2 Pro is a downright compact device.

But look at the picture at the top of this post one more time. The iPhone SE runs ARKit apps perfectly and comes in a package that has about half the surface area of the Zenfone.

Beyond physical size, the iPhone SE also has 1/3 or 1/4 the RAM of the Zenphone (the Zenfone comes in 6GB and 8GB varieties), and ASUS says the extra RAM is in this device specifically for the AR and VR functionality.

And let’s pop around to the backs of these phones to see what camera sensors are needed to collect enough depth data from the real world to make AR work: 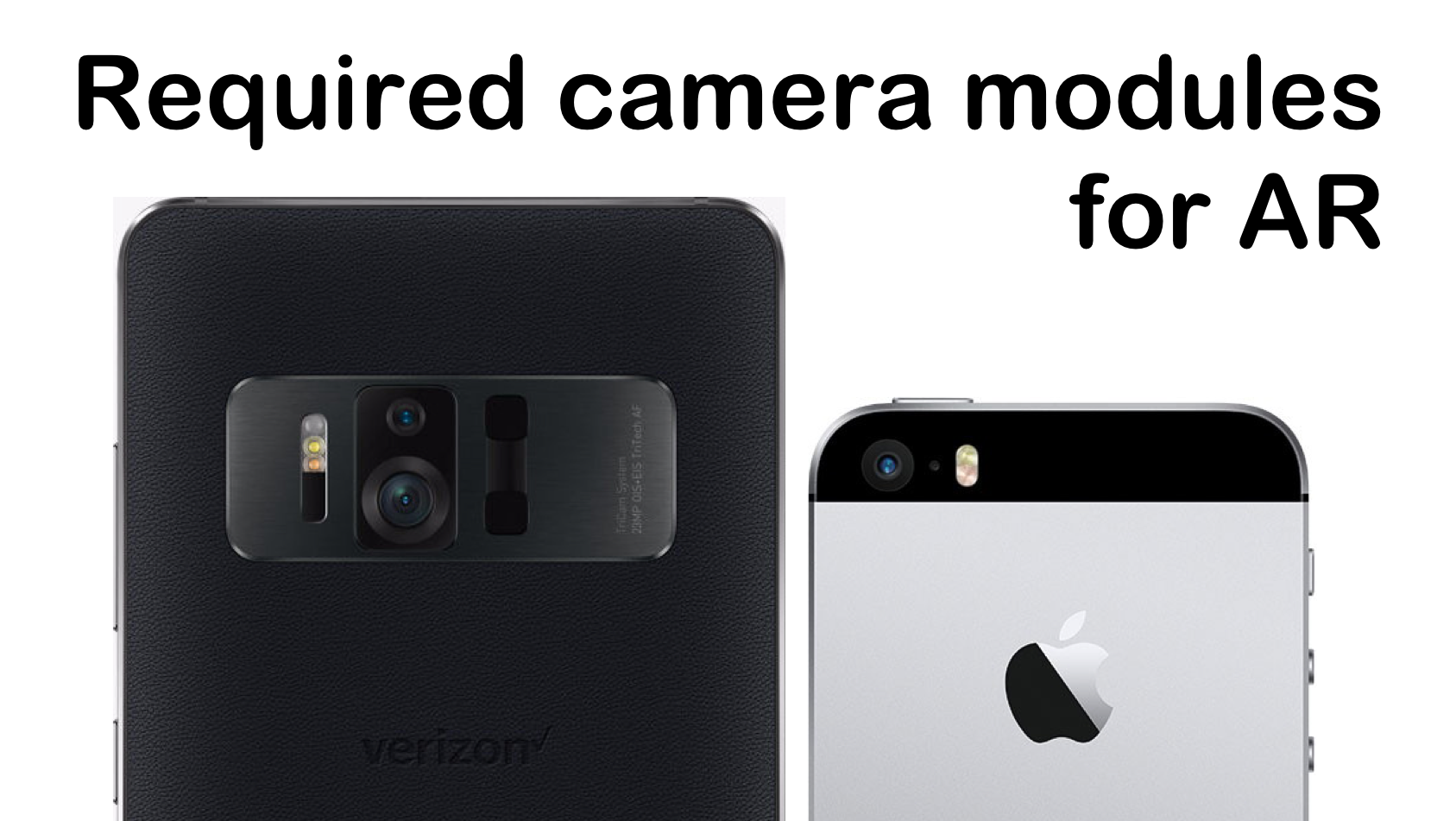 Again, these are to scale, and you can see the huge difference between the Zenfone’s camera module and the iPhone SE’s.

Apple has leapfrogged Google when it comes to augmented reality tech, and with iOS 11 likely less than 1 month away, we’re about to see it on hundreds of millions of iPhone and iPads suddenly become first class AR devices. Meanwhile real AR apps are relegated to what I can only assume are a few tens of thousands of Android phones (if sales numbers are out there, let me know and I will update this post).