I picked up my Apple Watch band last night from my local Apple Store and eagerly brought it home, giddy to try out this new watch1. I went with the Series 3 42mm Space Gray Aluminum watch with LTE, and paired it with the new dark olive sport loop band. I’ve always gotten one of the rubber sport bands before, so I wanted to mix it up this time. I’ve only been using my new Apple Watch for less than 24 hours, but this band warranted a quick write up on its own.

Personally, I think the sport loop watch band makes the Apple Watch look cheap. This is a $400+ watch, which is far and away the most expensive watch I’ve ever owned, but the band it comes with feels like something you would get with a $10 watch at a grocery store. I know it’s nice than those (softer fabric, nicer velcro, etc.) but it doesn’t look $40x nicer.

This was a disappointment because the Sport line of Apple Watch bands has always been surprisingly premium to my eye. I was surprised with how supple the original Sport band was2 and last year’s fabric sport band had some really nice designs that made it feel more premium than I expected. This sport loop does not give me that feeling at all, which sucks.

To the band’s credit, it feels very nice! The fabric is incredibly soft and basically makes me not even notice it on my wrist. That’s fantastic, and I can see wanting something like that, but the look of this band makes me not want to wear it all the time.

What kills me is that there are 8 other colors this band comes in, and I think all of them look better than the dark olive color that comes in the box. Look at this bright and bold “Spicy Orange” band! 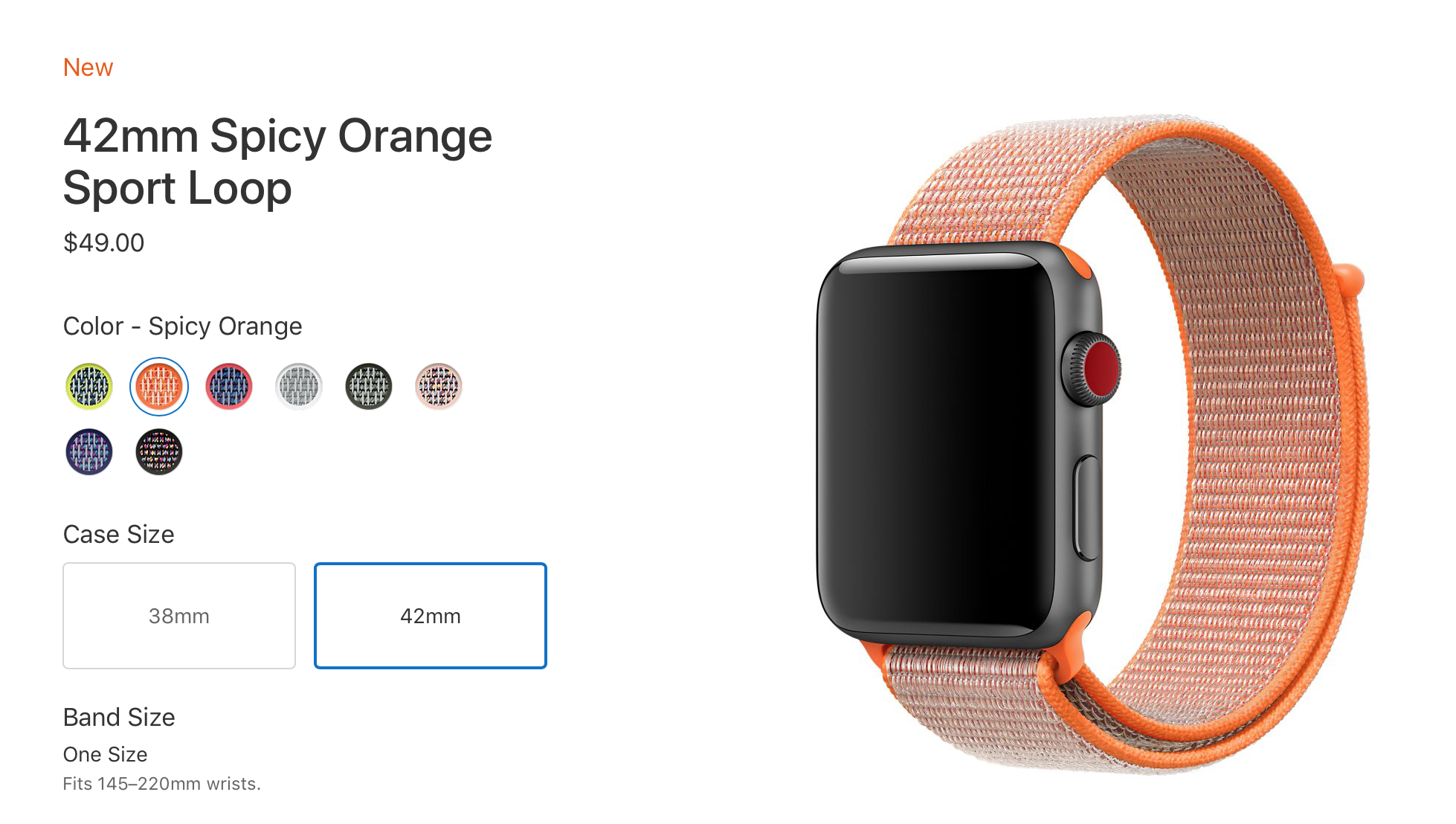 I really wish I could have gone with something like this instead of this color.

I’ll continue to use this band for the next few days and have a final verdict on it in my full Apple Watch Series 3 review. Maybe I’ll come around, but right now you can color me skeptical.

Almost one year ago I wrote this tweet: https://twitter.com/mattbirchler/…