This was a solid year for games, but I feel like I missed out on a ton. This was the first year in a long time that I felt like I was missing out on a lot of games due to not owning an Xbox One or Wii U. Not only that, but I've simply not made the time to play as much as I have in previous years.

Still, I played plenty of games and had to work to trim the list down to just 51, but it had to be done. Here's my completely official, totally subjective list of favorite games of 2015. What did I miss? I know there's plenty, so let me know on Twitter. 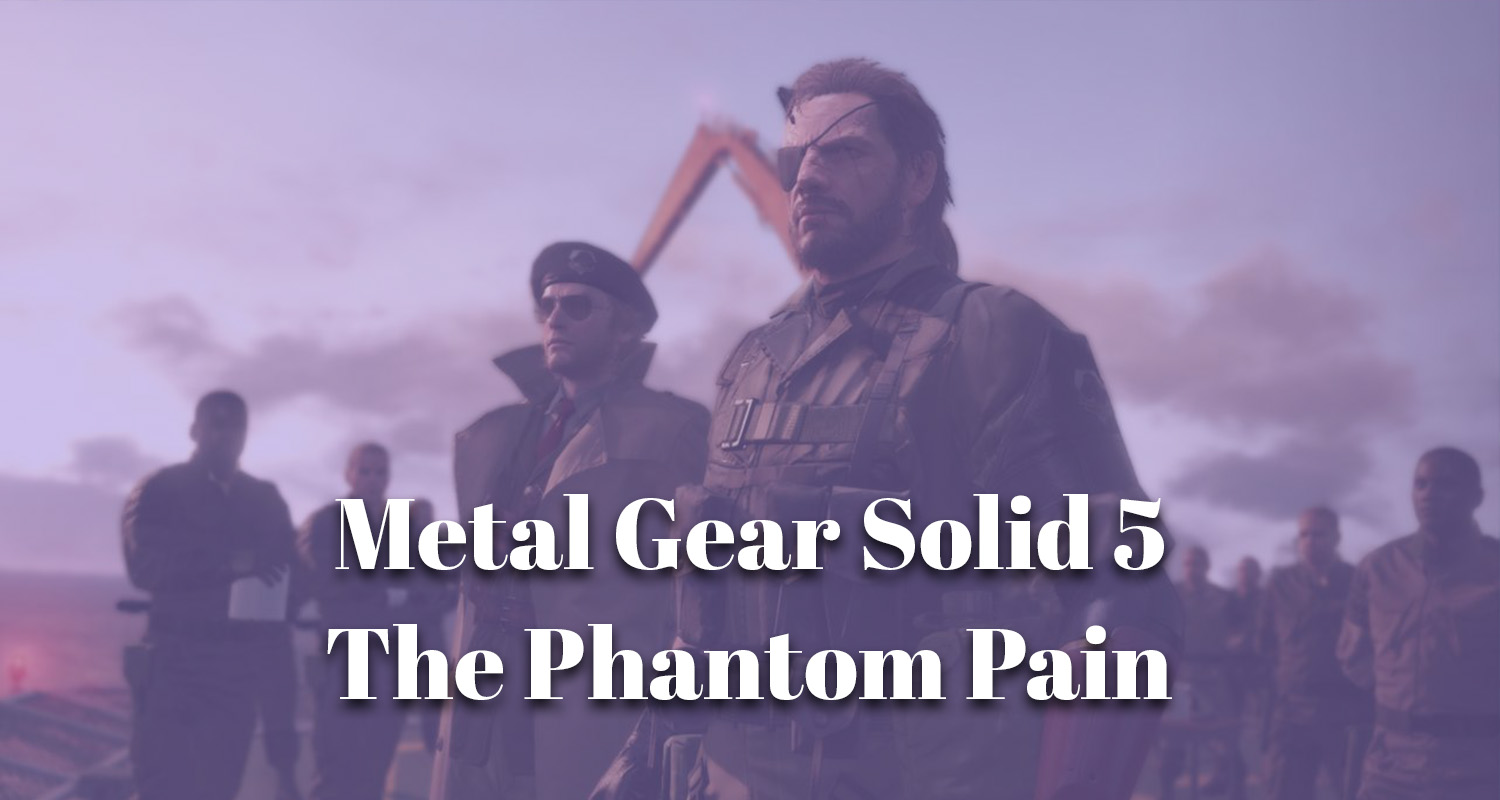 No game drew me in more this year than MGS5. This game came out on September 1 and still have not stopped playing it. The magic of this game comes in the freedom it affords you in accomplishing your objectives. I've never played a game that encourages so much experimentation and legitimately has so many ways to complete objectives. Gun blazing, super stealth, or other creative solutions are all possible and all present their own challenges.

The way the game's different mechanics work together is also brilliant and constantly has you debating how to handle situations. See a really powerful character with amazing stats? You could snipe him from afar and not have to deal with taking him on up close, or you could sneak up and use a non-lethal takedown on him so you can add him to your team. Speaking of shooting enemies in the head, the enemy forces have supply lines that will reinforce them off you keep using the same tricks on them. Take tons of people out with headshots? Your next mission you'll probably see everyone wearing helmets, requiring you to use another tactic to eliminate your enemies. Oh, and if you want to get rid of the helmets, you can send a team to disrupt their supply of them and you can carry on with gleefully taking pot shots from a half mile away.

I've just listed a few examples of how this game lets you make decisions, but the game has dozens of other situations where the same types of questions are asked of you.

Oh, and that opening hour is one of the most brilliant tutorial levels I have ever played. It's strange for sure, but it's always riveting.

I do take issue with the bizarre objectification of women in this game. I just feel awkward at points and don't appreciate Kojima's attempts at humor. This is so strange because the Metal Gear series has been chock full of strong, interesting female charges up to this point. Meryl in MGS1 and The Boss in MGS3 stand out as spectacular characters who exemplify how female characters should be portrayed in games, and this feels like a big step back. It's an unfortunate blemish on an otherwise brilliant game.

All this said, Metal Gear Solid 5 is the best game I played this year by a long shot. It's very different from all Metal Gear games to come along before it, so I think you'll like this one even if you're not a fan of the series. 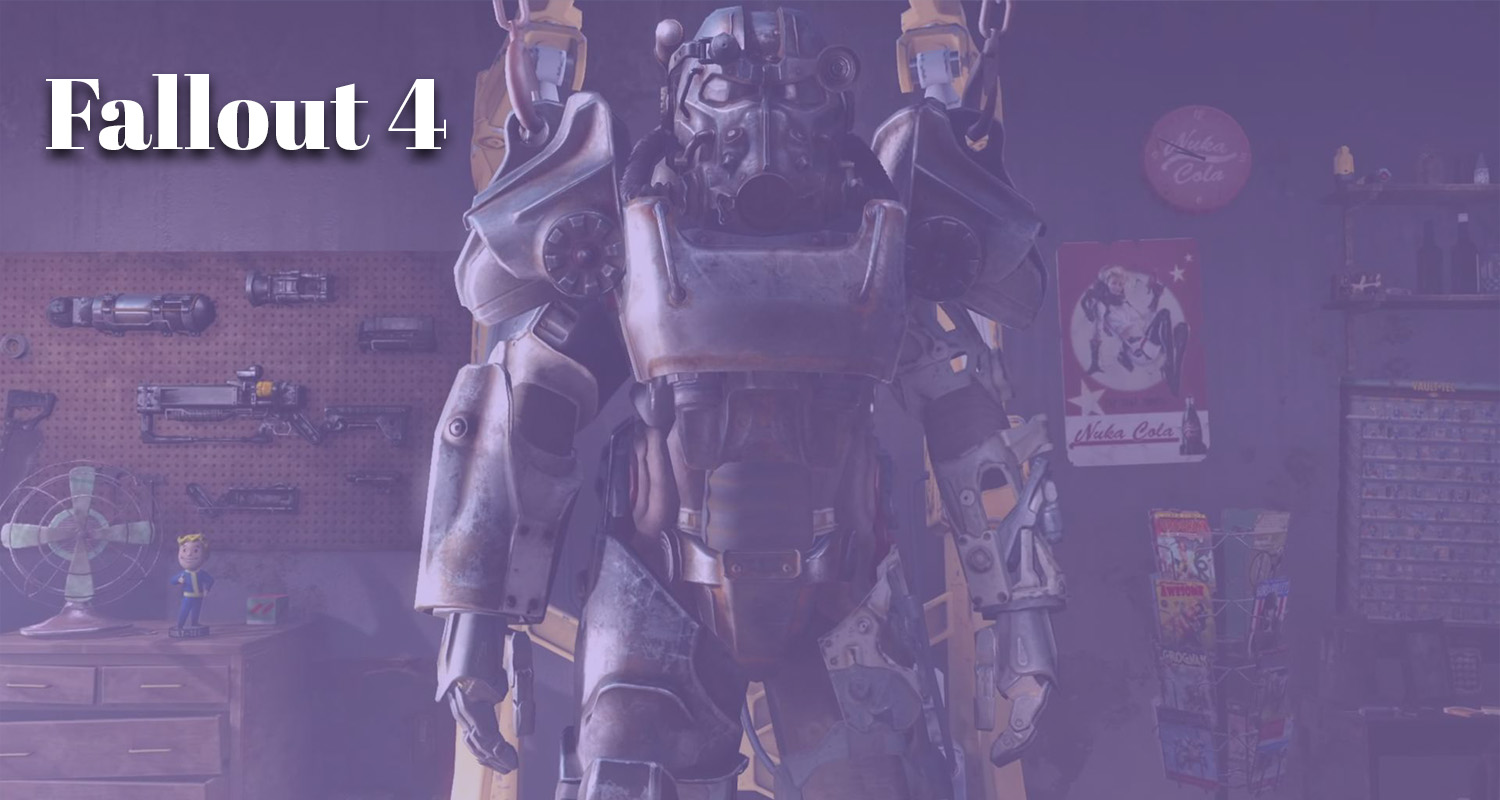 Fallout 3 was one of my top 5 gaming experiences of all time and Fallout 4 is a worthy sequel. There's something about these dreary, terrible worlds that I love spending time in. Maybe it's the guns, maybe it's VATS, or maybe it's the cornucopia of interesting characters and quests. Honestly, it's probably all that and much more.

This is a hard-as-nails game that doesn't hold you by the hand and walk you though everything. You have to learn things on your own and be prepared to fail many times. You'll find yourself swearing at the screen many times, calling bullshit on what you think is a cheap death, but was actually you just playing poorly. I am having a blast in this wasteland. 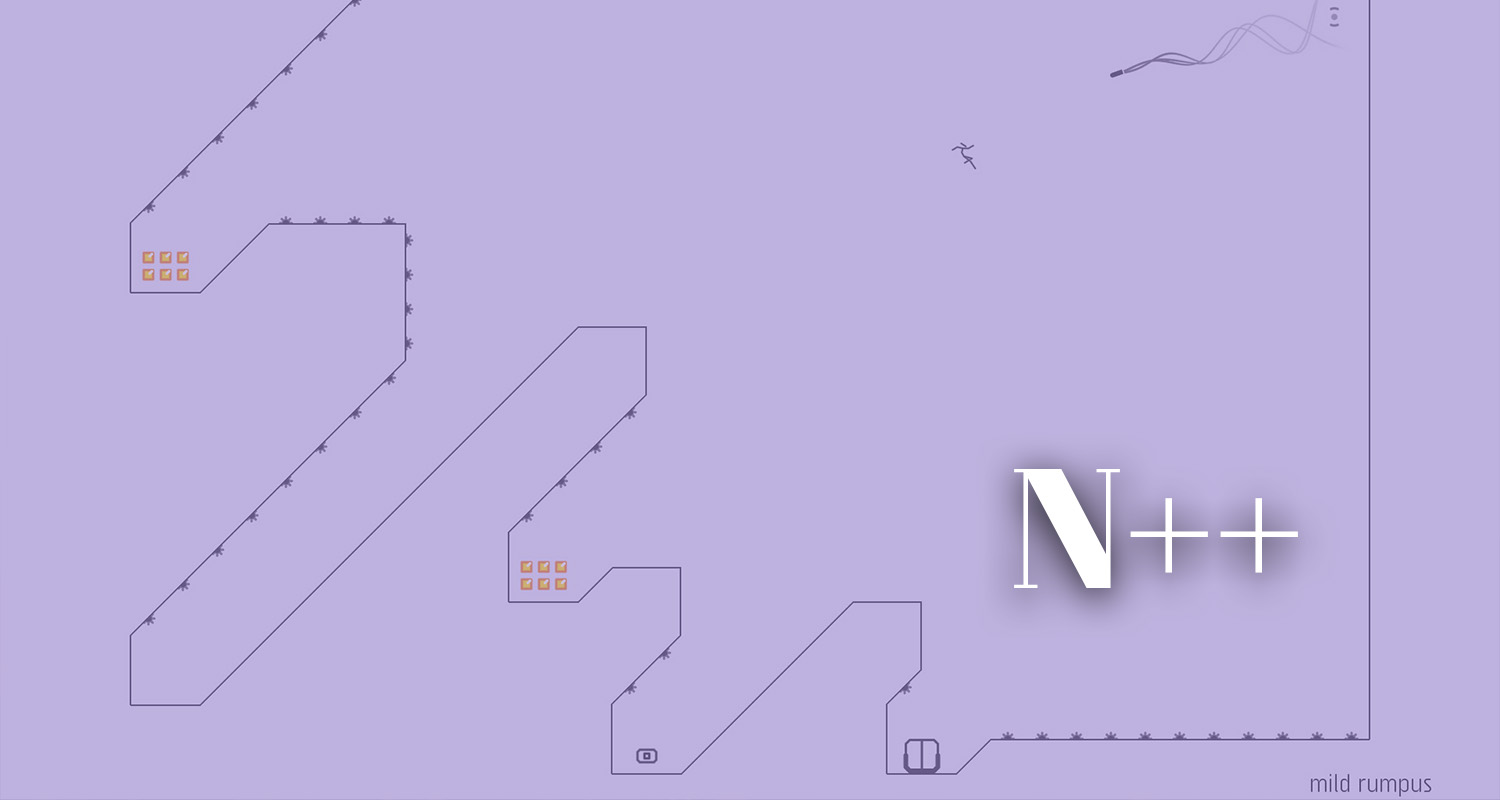 And now for something completely different.

N++ has been a long time coming, and it was worth the wait. If you haven't played the previous games in the series, you're playing as a tiny ninja stuck in a big room. There's a door you need to get opened and escape out to the next room where you do it all again.

The "N" series is unique in that each room is the exact size of the screen so there is no camera movement and each level must fit inside the 4 sides of the screen you're playing on. It's amazing how much creativity they are able to milk out of these limitations and create some of the best platforming puzzles I have ever seen in a video game. There are over 1,000 levels built into the game (most of them brilliant) and there is an online community who has made tons of both clever and devious maps that you can download and play.

All levels have an online leaderboard so you can see how your times stack up to the rest of the world. That joy of getting an awesome time on a level and then seeing that you were one of the best in the world is a thrill.

Oh yeah, and just like Fallout, you're going to die a lot in this game. Seriously, thousands of times. But don't worry, you can restart instantly. 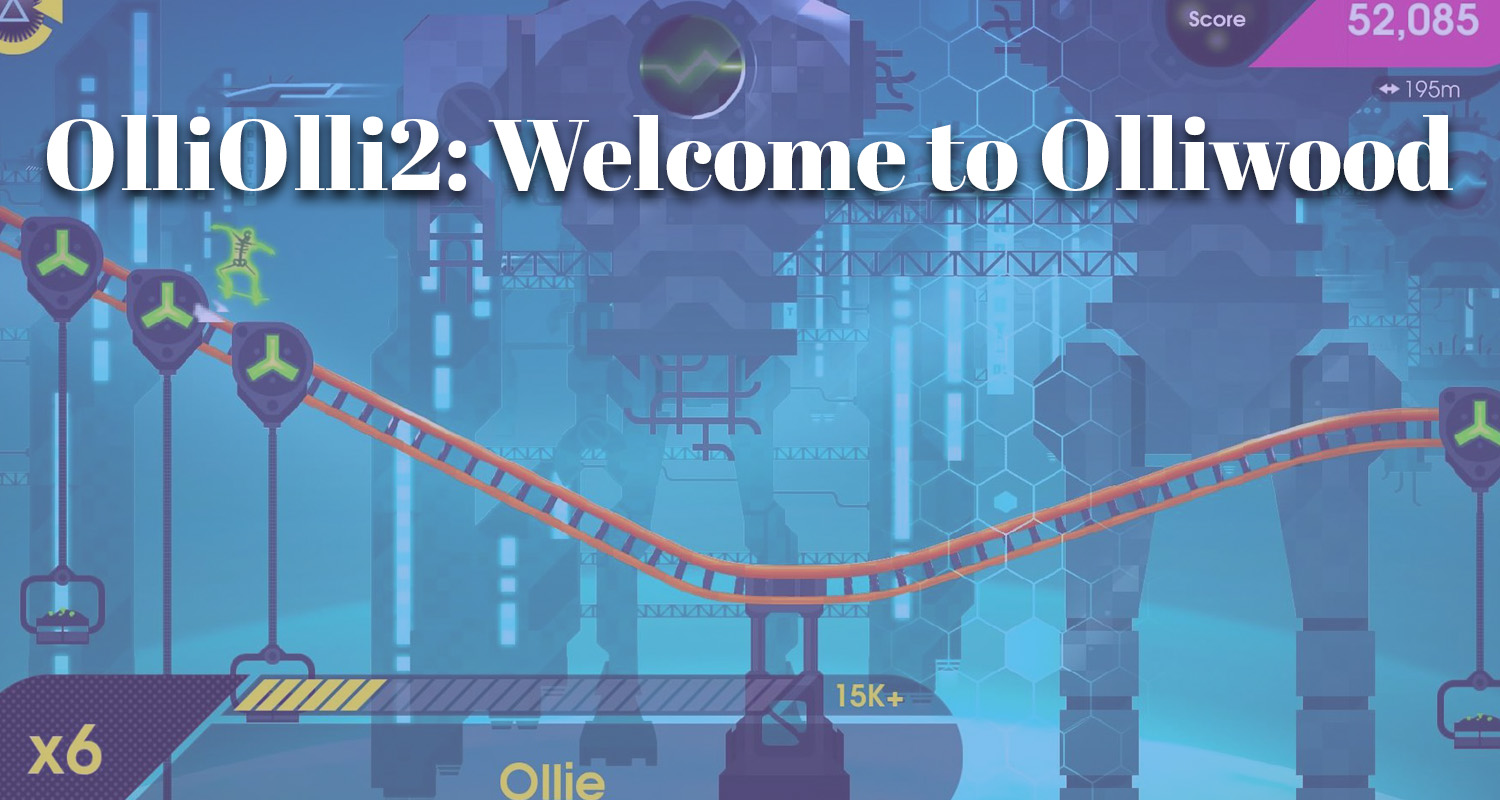 You might have detected a trend at this point, as OlliOlli2 is also an exercise in frustration. You play as a skater in this side scrolling skateboarding game, and your only goal is to get to the end of the level still on your wheels. Well, you want to do a lot more than that, but just stating upright is hard enough in most cases.

This is somewhat similar to Tony Hawk in that you have button combos and streaks that you want to keep alive. Unlike Tony Hawk there really isn't any freedom in how you tackle each level. The game turns into figuring out your line and figuring out each move piece by peace as you go. You'll crash many times, but you pick yourself back up and go again (instantly, of course). Soon enough you'll have figured it out and make it to the cheering crowd at the end of the level.

Then you go onto the next level and start from square one. 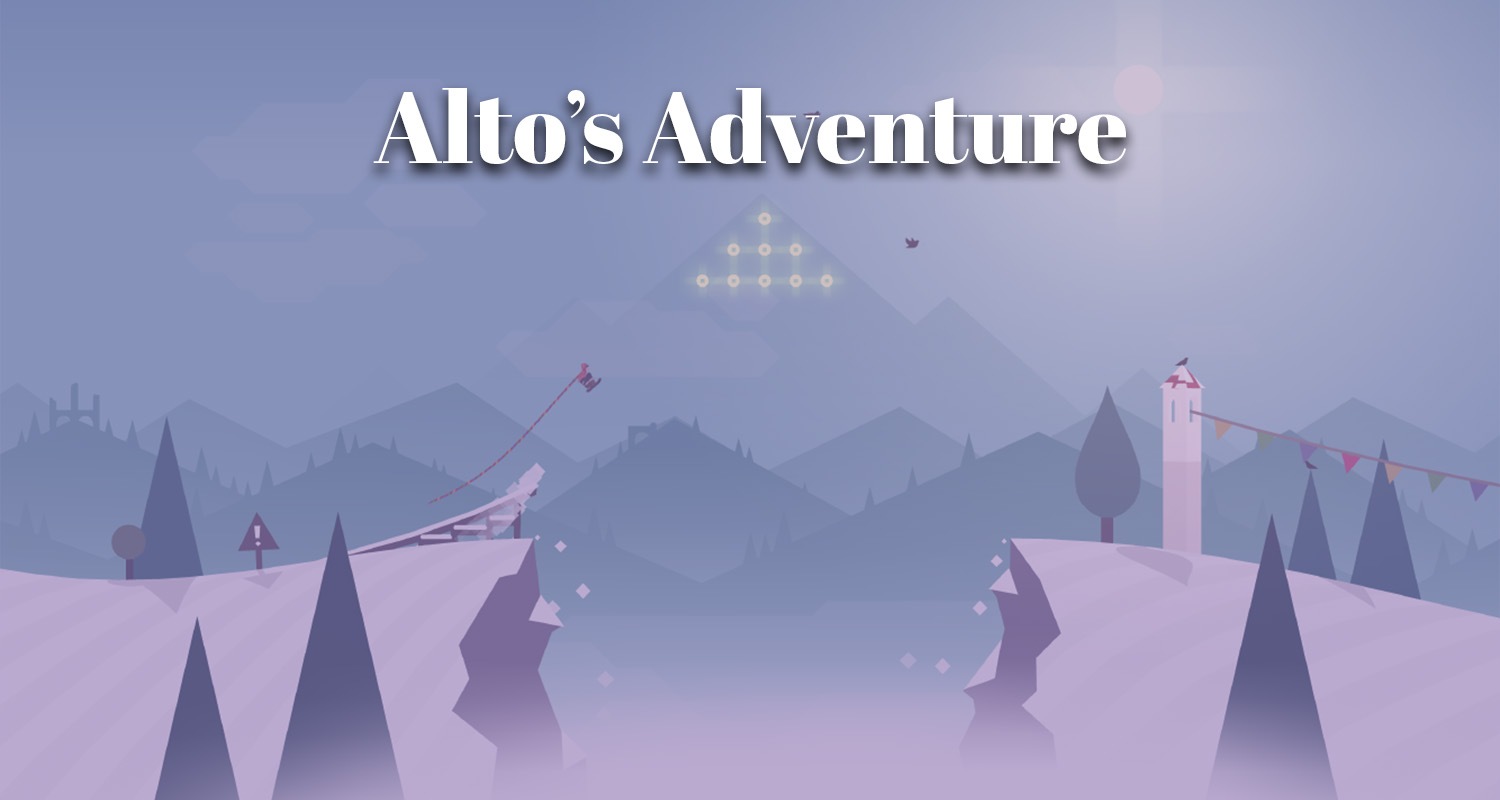 The only non-console game on this list, Alto's Adventure deviates a bit from the other game son this list. It's an endless runner where you play a snowboarder, and...well, I'm sure you already know this. Here's my review from when the game came out in February.

Alto's Adventure is on this list because it was addictive as anything else I played, it was absolutely beautiful, and it came from a developer who was best known for a todo app and a work schedule app. I've played this more than I'd like to admit, and it should absolutely be on your iPhone, iPad, or Apple TV right now.

Disney Getting Crazy with DMCA Takedowns

ArsTechnica summarizes the story [http://arstechnica.com/tech-policy/2015/12/disney-initially-drops-then-doubles-down-on-dmca-claim-over-star-wars-figure-pic/] , but…