Yesterday I compared the speed of the iPhone 8 Plus compared to last year’s iPhone 7 Plus, and the brand new iPhone 8 wiped the floor with the iPhone 7. Today we’re taking a look at the cameras. I took some photos as well as some short videos while walking around on my lunch break yesterday and got what I think are some good (ahem) apples to apples comparisons.

I’d suggest reading this post on the largest screen you have available.

The standout features to me in this year’s camera are the video improvements. Here’s a quick comparison of the two phones as I walk down the sidewalk (watch in 4k 60fps if you can):

The quality of the footage out of the iPhone 8 Plus is just so much better than the iPhone 7 Plus shot. This was a challenging shot, as the sun was coming right at me, there were light and dark spots in the shot to balance out, and I was not being particularly careful to steady my hand as I walked. Basically, this is not a shot Apple would use to show off the quality of the camera, but it is a good way to compare the differenced between the lenses.

The biggest difference is the change in frame rate. Going from 30 to 60 frames per second, the video coming out of the new iPhone is much smoother than before. Some people don’t like that, but for my money, I like having the highest frame rate possible. I wouldn’t film a movie at this frame rate, but my day to day life looks much better at this frame rate.

The next thing I noticed was a marked improvement in color saturation. The colors in the iPhone 8 video are much bolder than the 7. This is more pleasing to me, but again, I know that there are people who prefer a more neutral tone, but this feels more real to my eyes. When I think back on what this street looks like, I think the iPhone 8 does a better job of matching that memory.

Both cameras struggled to manage the sun coming into the lens, but the iPhone 8 Plus also did better here. Much of the iPhone 7 Plus’s video is washed out at the top of the frame, and rays of sun are flickering into the lens. The iPhone 8 Plus is doing a better job of keeping those rays at bay. The sky is definitely still blown out, and the rays do make their way into the shot a little, there is a lot more detail on the top half of the frame that was completely lost in the 7 shot.

Finally, stabilization seems about the same on both phones. I really saw no noticeable difference between them.

NOTE: Scroll to the bottom of the post to see each photo in full.

The still cameras are a little more similar, but there are some notable differences.

While both sensors are 12MP, I consistently see ever so slightly more detail on the iPhone 8 Plus’s images. Check the bricks on the chimney and the leaves in the trees below. It’s basically nothing though, so don’t get too hung up on details.

Interestingly, the biggest difference I saw concisely was with the telephoto lens. No, it’s still not stabilized, but colors and overall clarity are much better. Blues are about the same, but reds and greens are slightly stronger, and the difference is really noticeable.

Finally, and this is a small one, but looking at the EXIF data shows the new iPhone is keeping the shutter open slightly longer than the older iPhone. I found the iPhone 8 Plus kept the lens open 20-30% longer than the iPhone 7 Plus. This was consistent across all shots, in both the wide angle and telephoto lenses.

Check out the sample shots below. I’ll be looking more into this over the coming weeks. 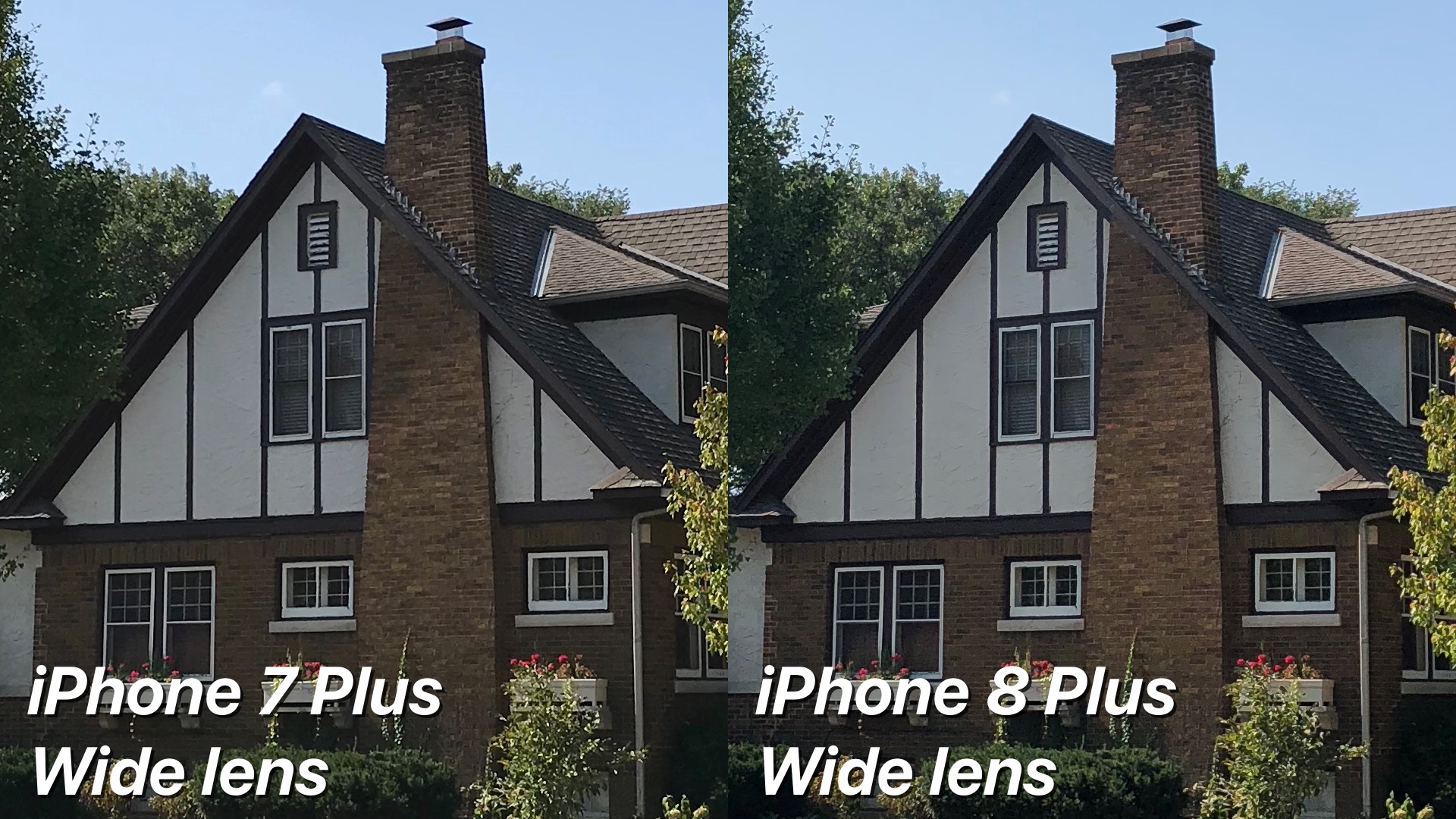 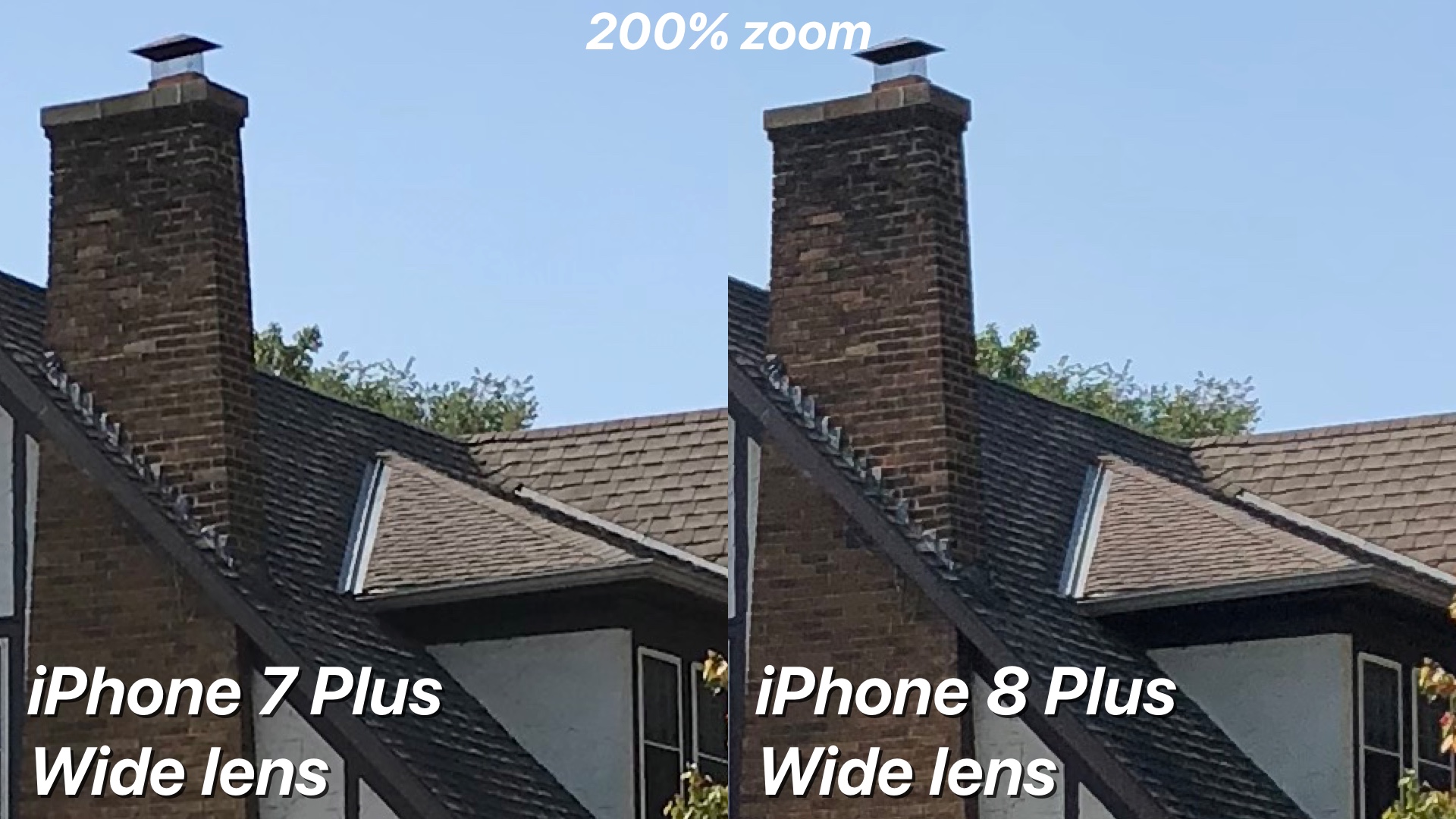 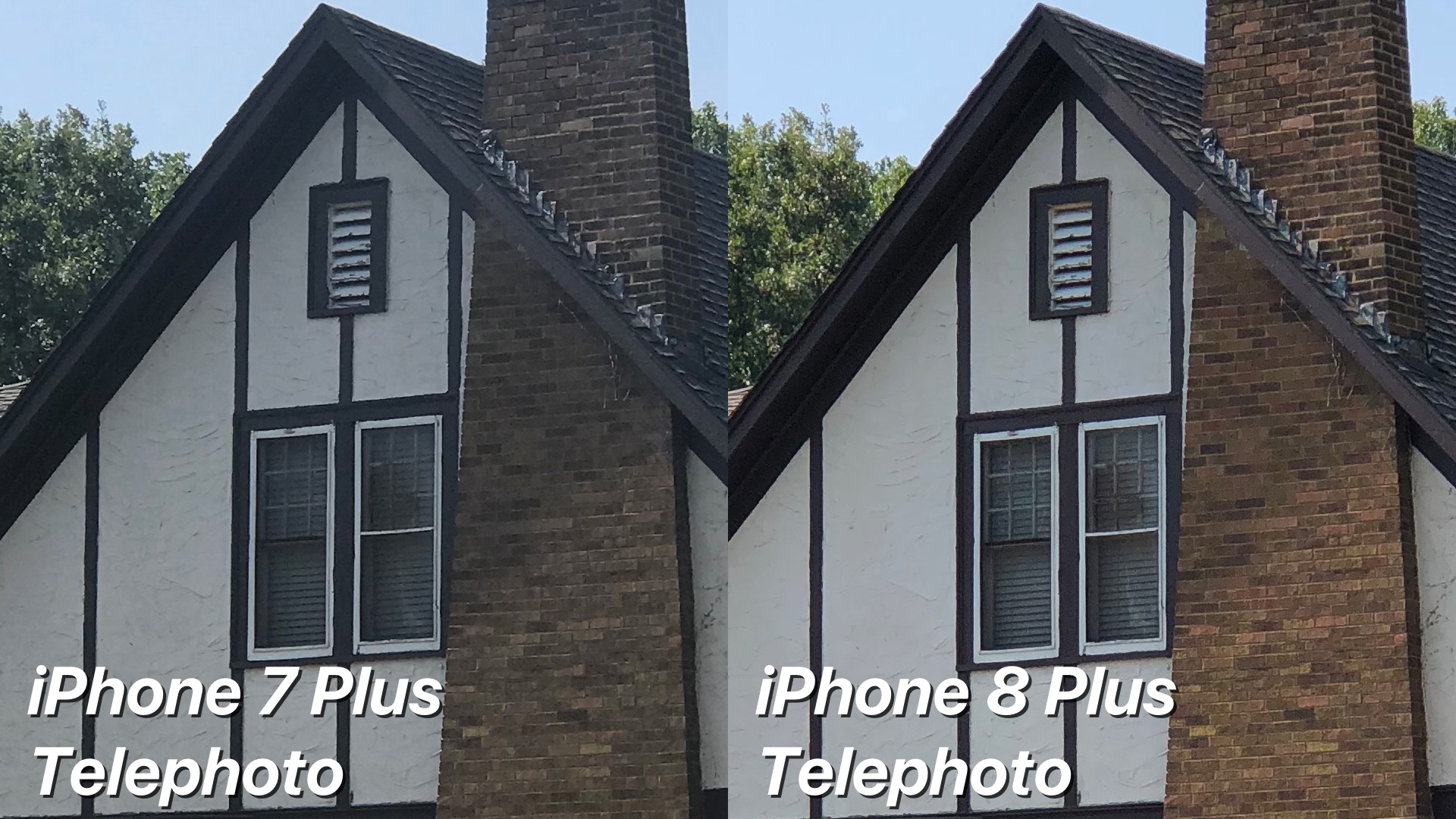 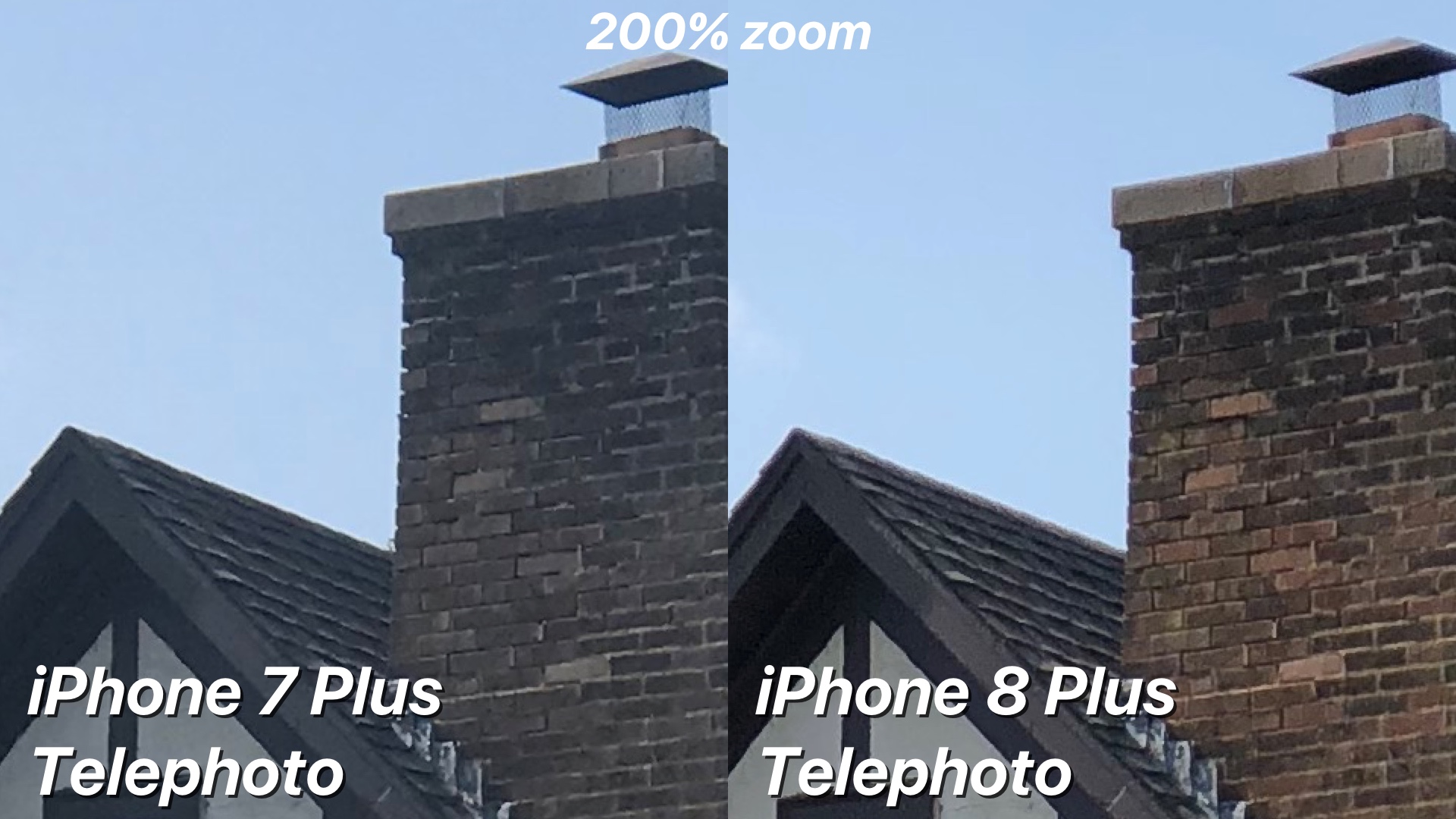 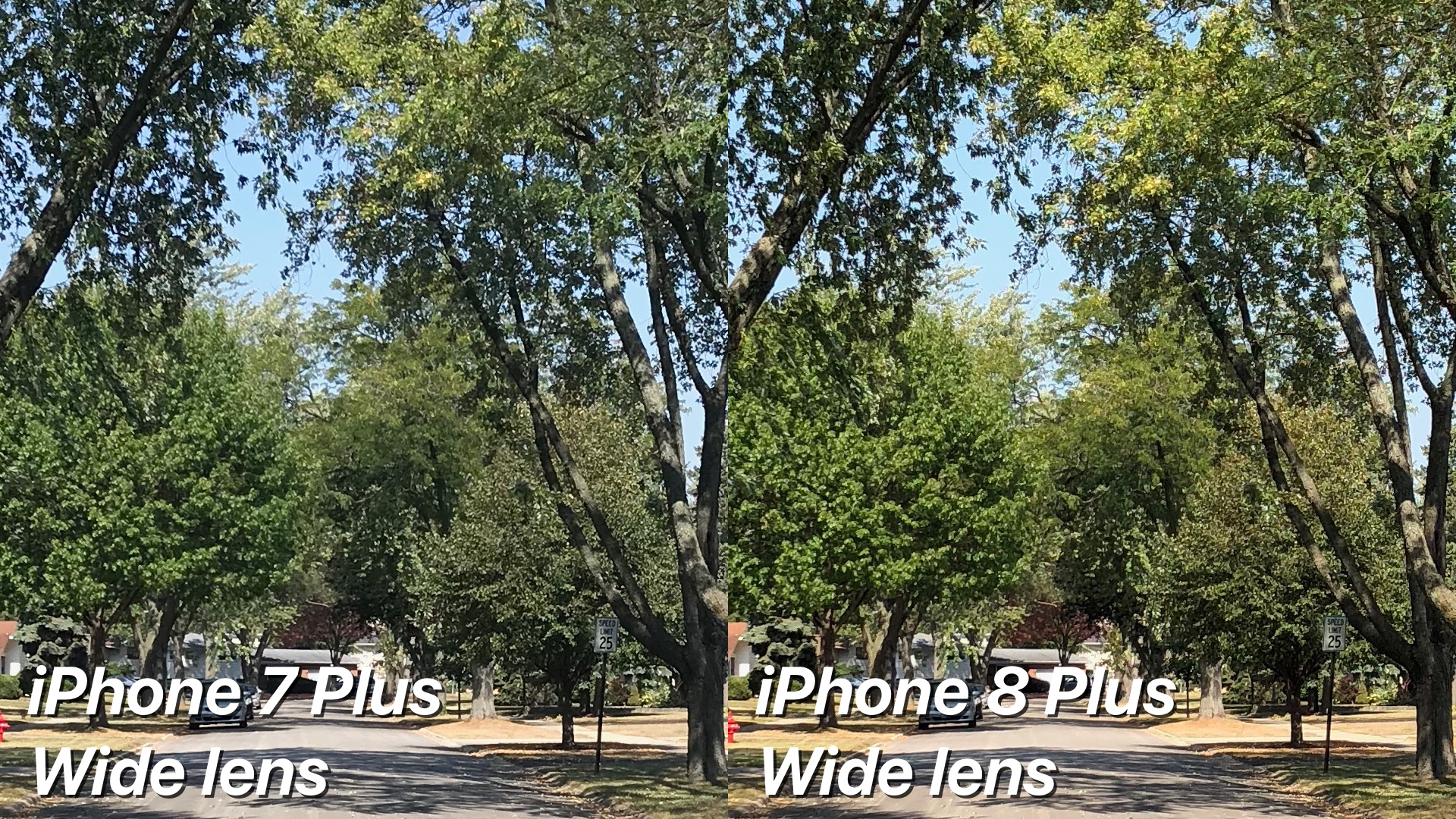 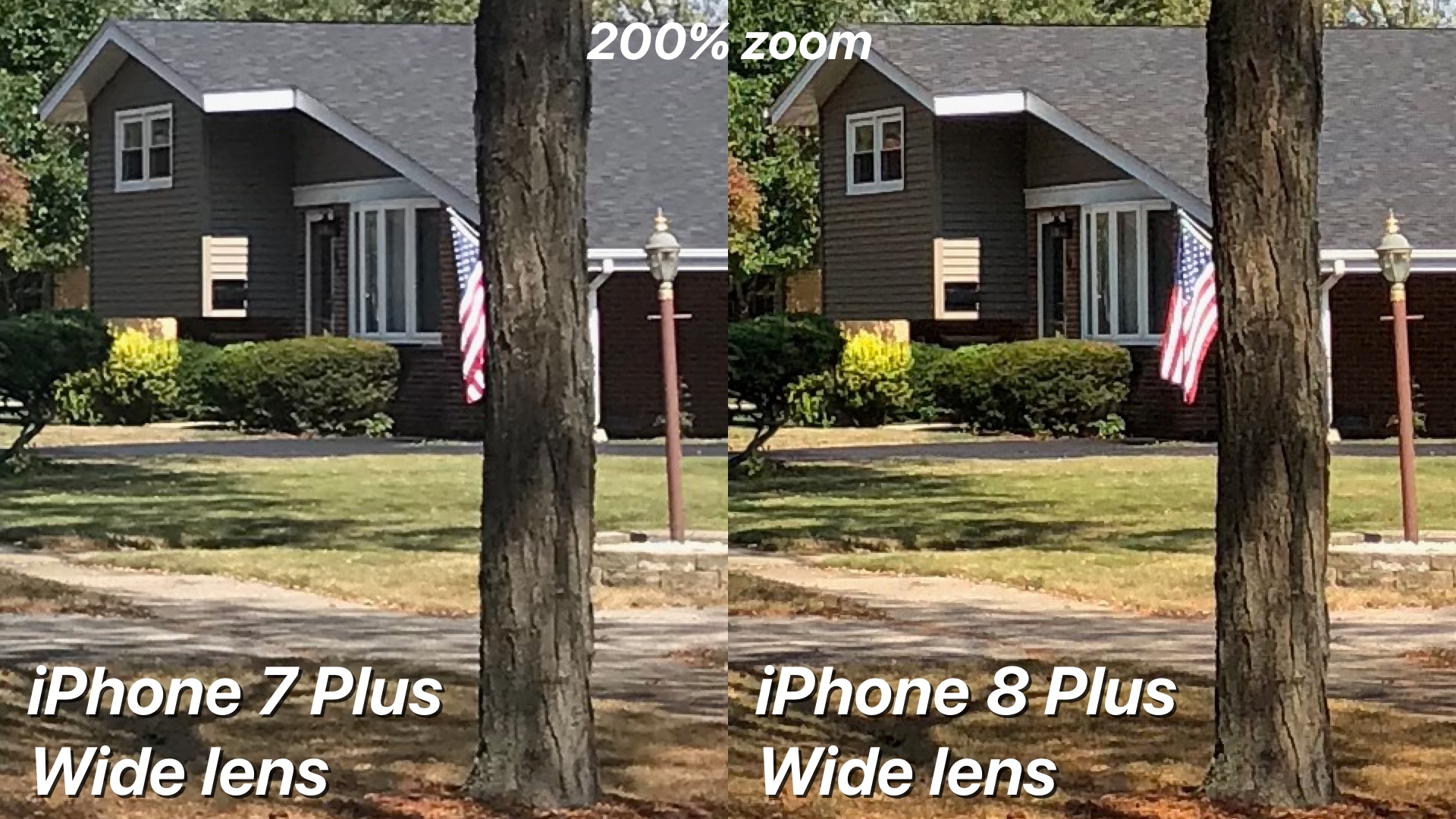 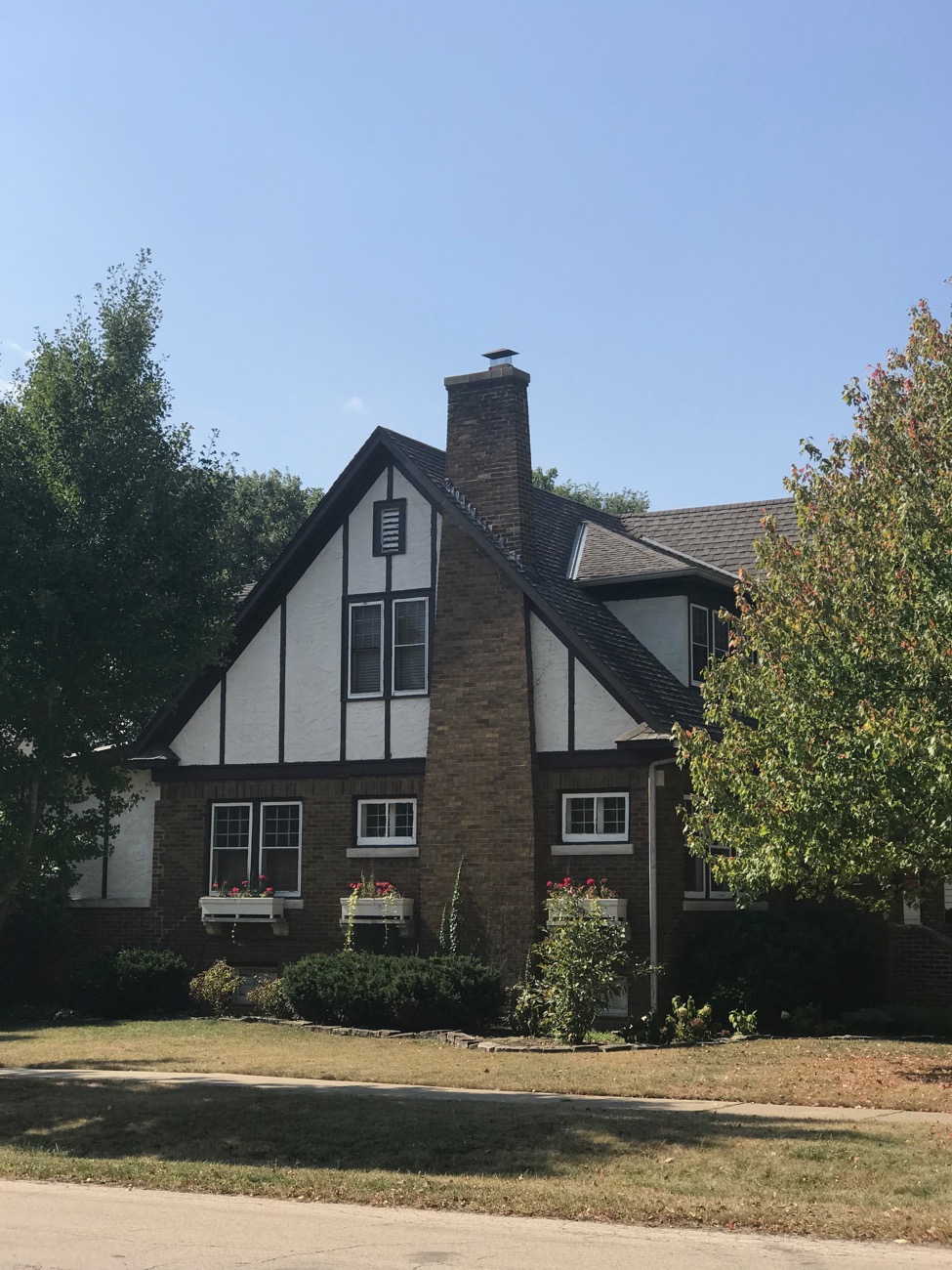 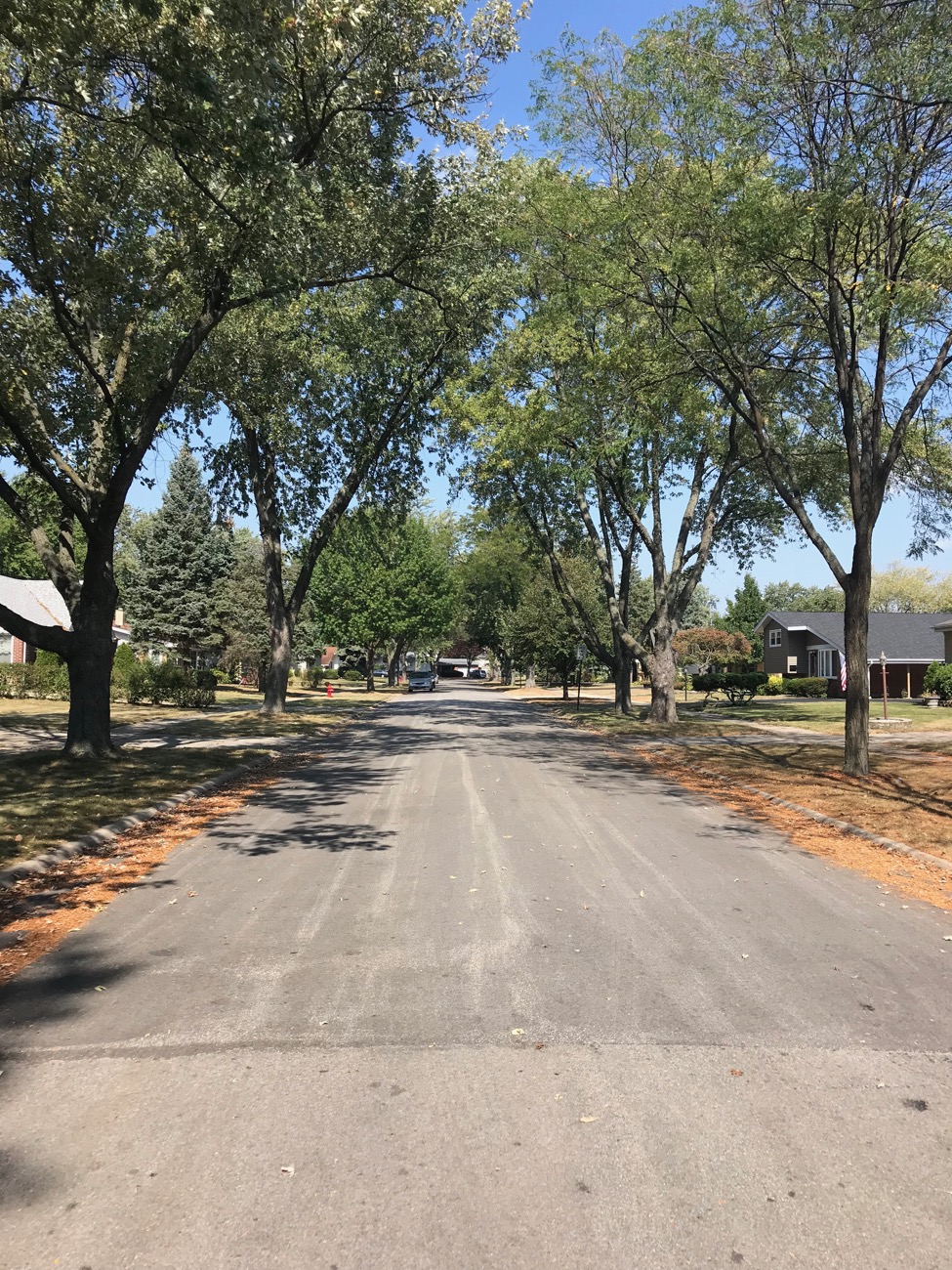 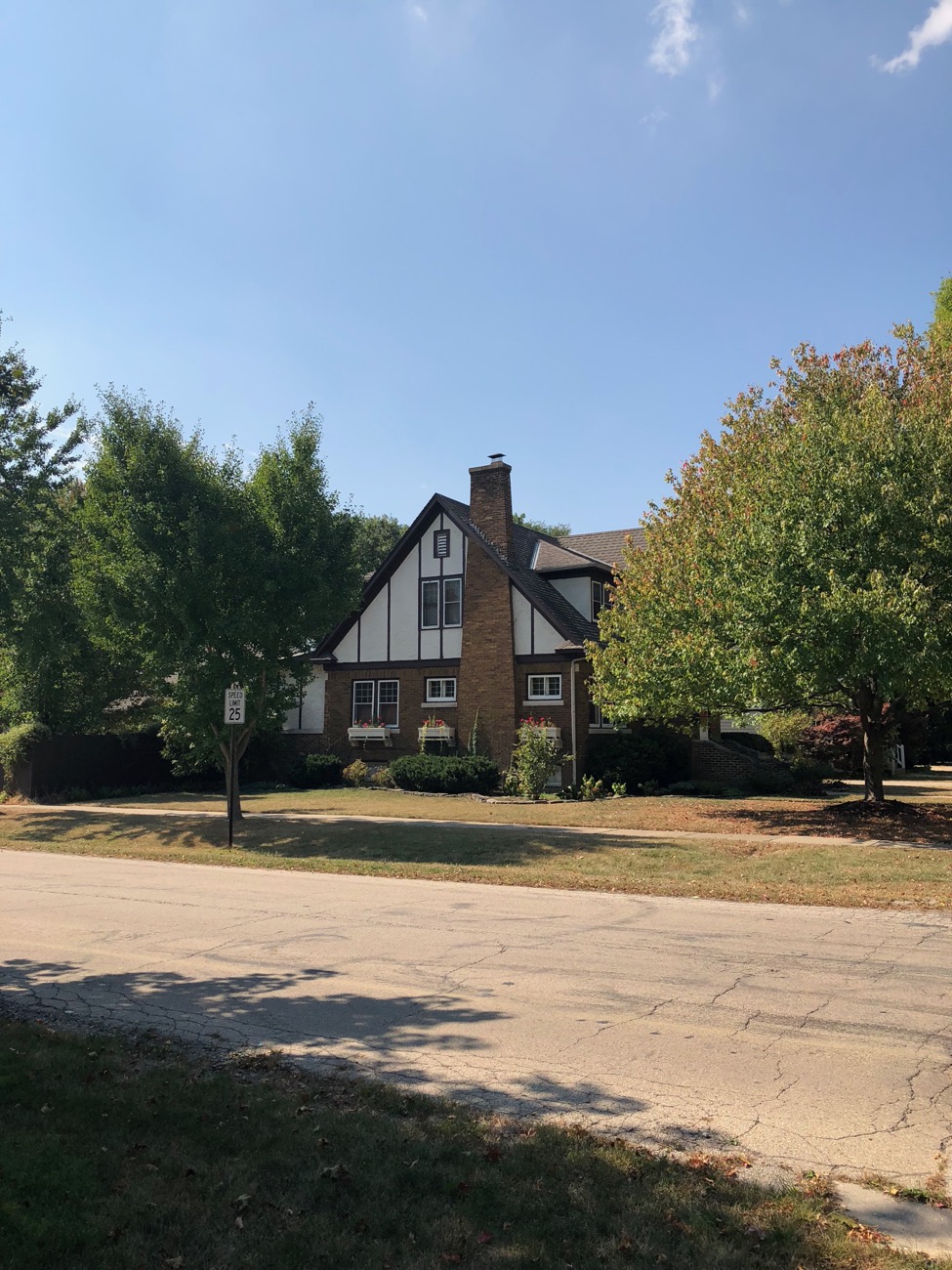 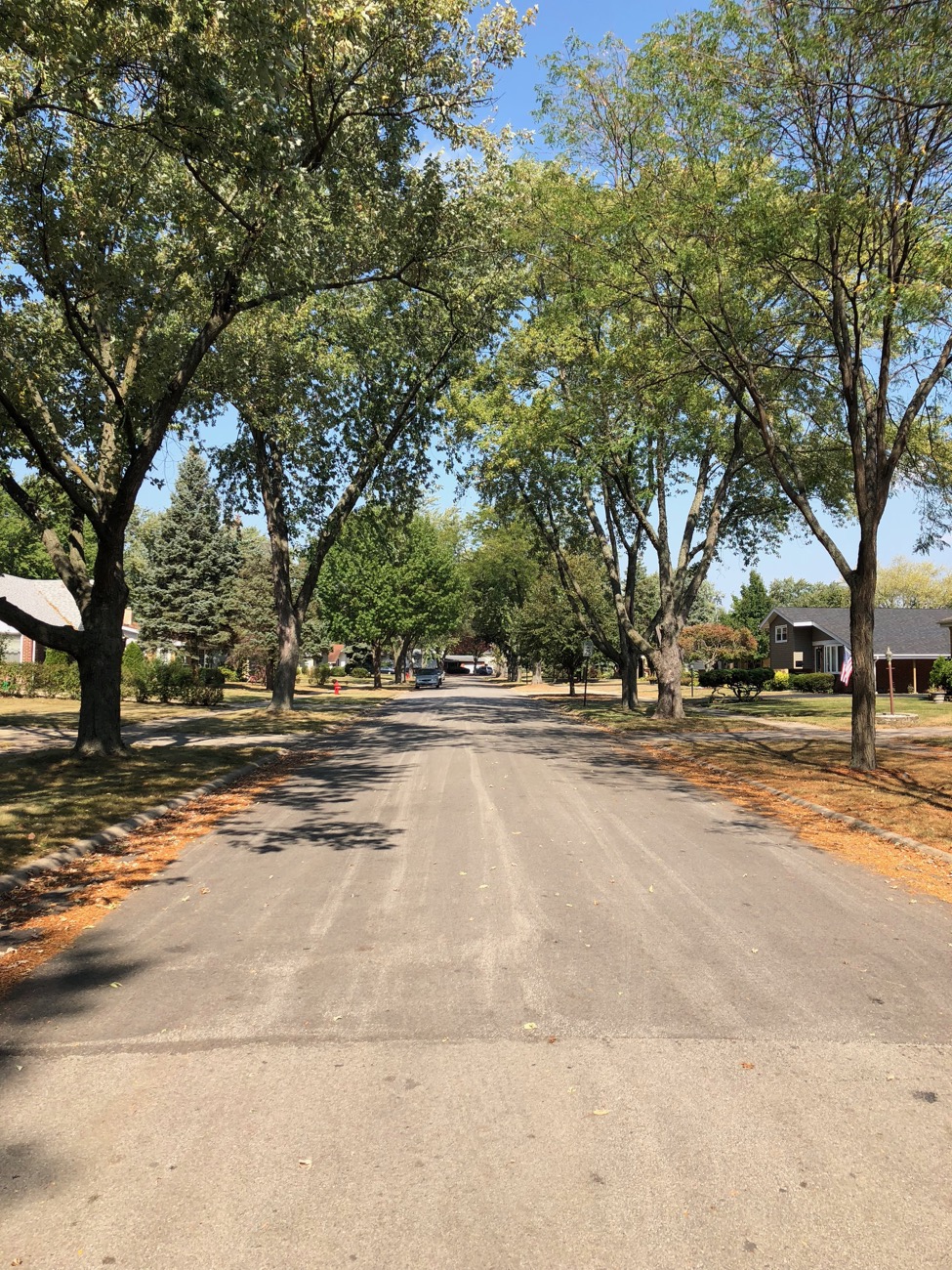 My thoughts after a couple days with the iPhone 8 Plus. Subscribe…

Just how fast is the iPhone 8 Plus?

I got my iPhone 8 Plus yesterday, and as any good techie,…