It's December 19 and my legs are killing me. I feel it in my calfs, a dull throbbing that's more discomfort than actual pain. I can't seem to get comfortable no matter how I sit here. Maybe I should go lay down… 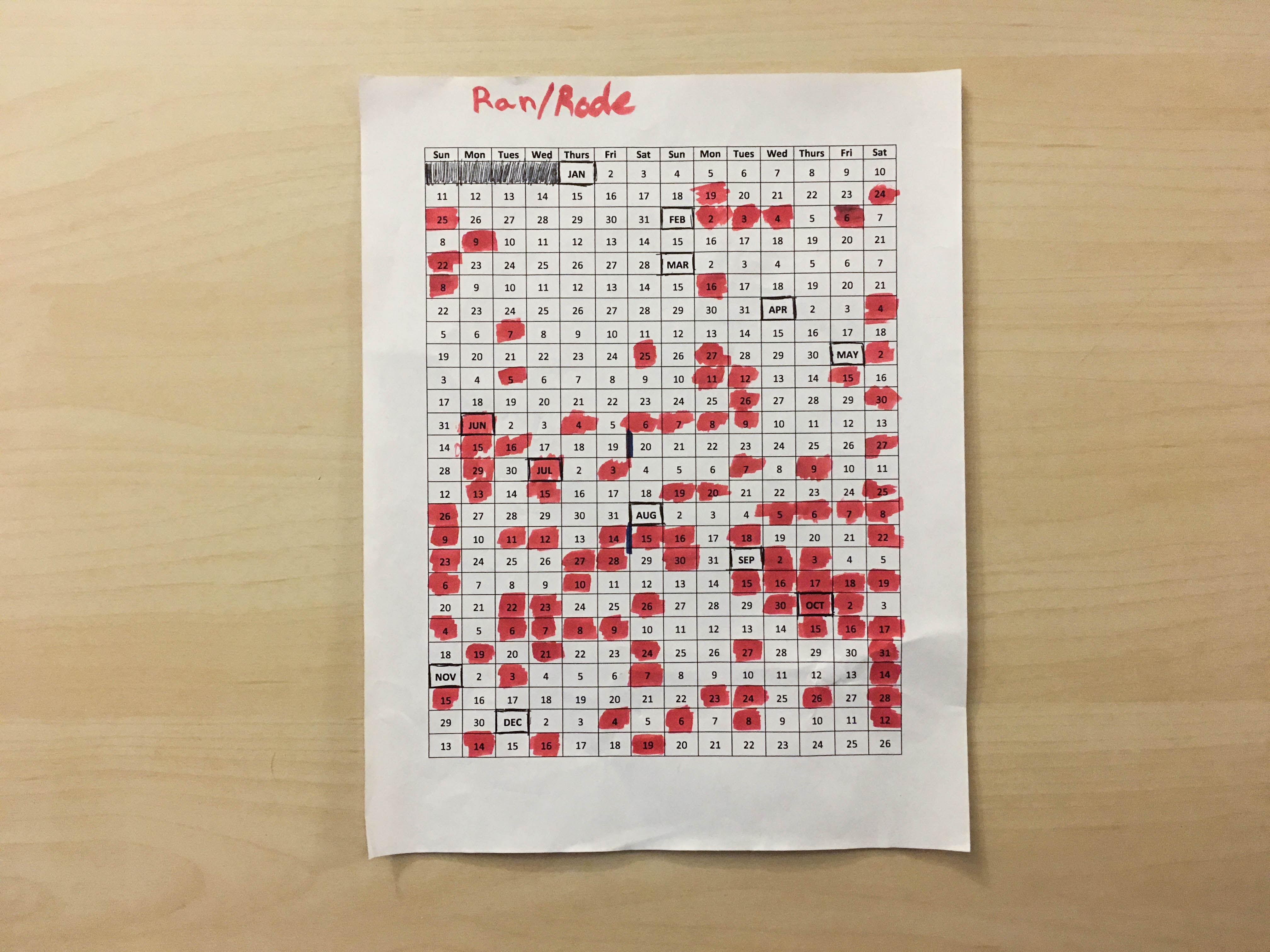 At the same time, looking at this sheet of paper fills me with almost too much pride to express. You may have deduced this yourself, but that is a calendar of the entire year, and each red mark is a day that I ran or rode my bike for a serious workout. That check, the one on December 16 is the 100th mark of the year.

Made this calendar on January 18 at work (sorry, Target) after getting upset at myself for not having worked out once all year. I was embarrassed, and I had to do something to get myself going. I set a goal to run 100 times in 2015, which would have been far more than I ever had before.

"It's just twice a week for the rest of the year" I told myself. It's the sort of New Year's lie we all tell ourselves. A lie that implies "future us" is more capable and more committed than we are right now. The "current us" is good at self-loathing and making plans, but we're not the one who actually does the damn thing. We leave that to our future selves, they're way better at that stuff. 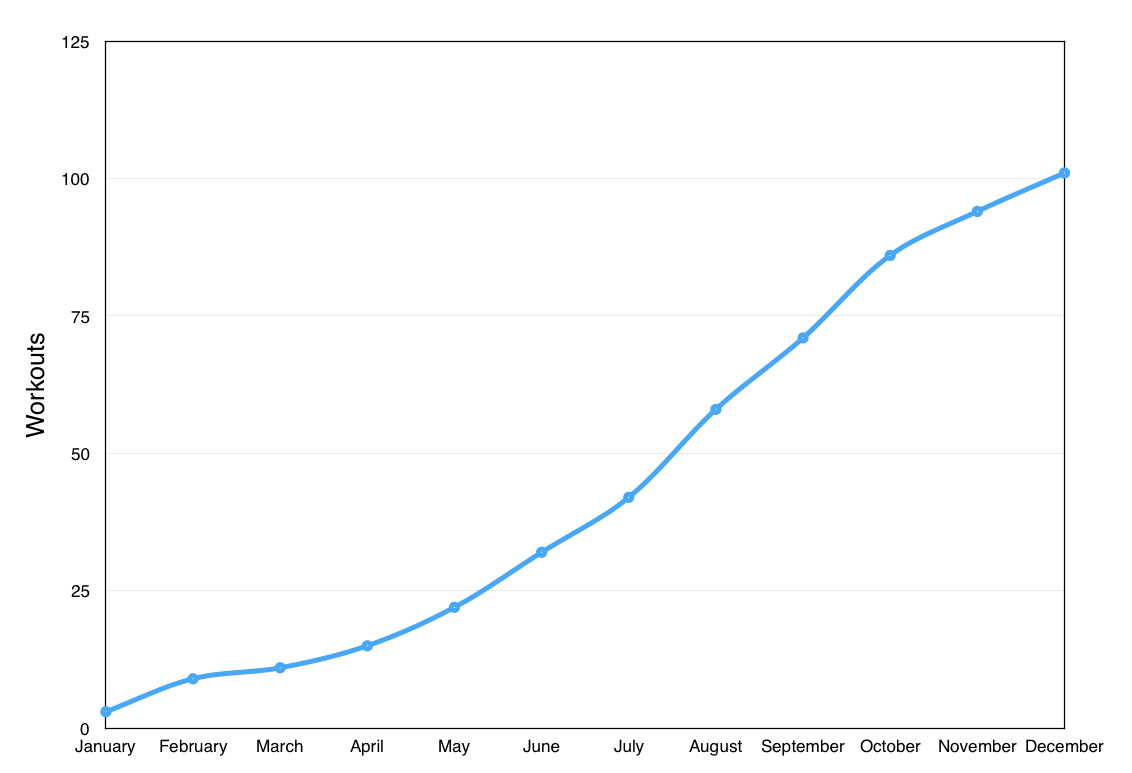 One thing you can plainly see is that there is a striking difference in the first and second half of the year. January through June looks like the workout commitment of...well, just what you would expect after a January 18 New Year's commitment. The second half of the year is where things turned around and my progress started to really get moving. Why is this?

I can't say whether it's a case of "correlation does not equal causation" but January through June was when I worked at Target and was frustrated with my job and was planning to get out. During my time at Target, I was averaging 1.2 workouts per week. Since then, I've gotten a new job that I enjoy much more, have moved to a new home, and I have averaged 2.8 workouts per week. I'm not saying they're related, but if they are, thanks NMI!

But wait, wasn't December 16 three days ago? Yup, because I'm not done, I just got back from my 101st run. I'm not done this year, and I think I can do a lot more in 2016. No better time to start getting better than today. See you out there! 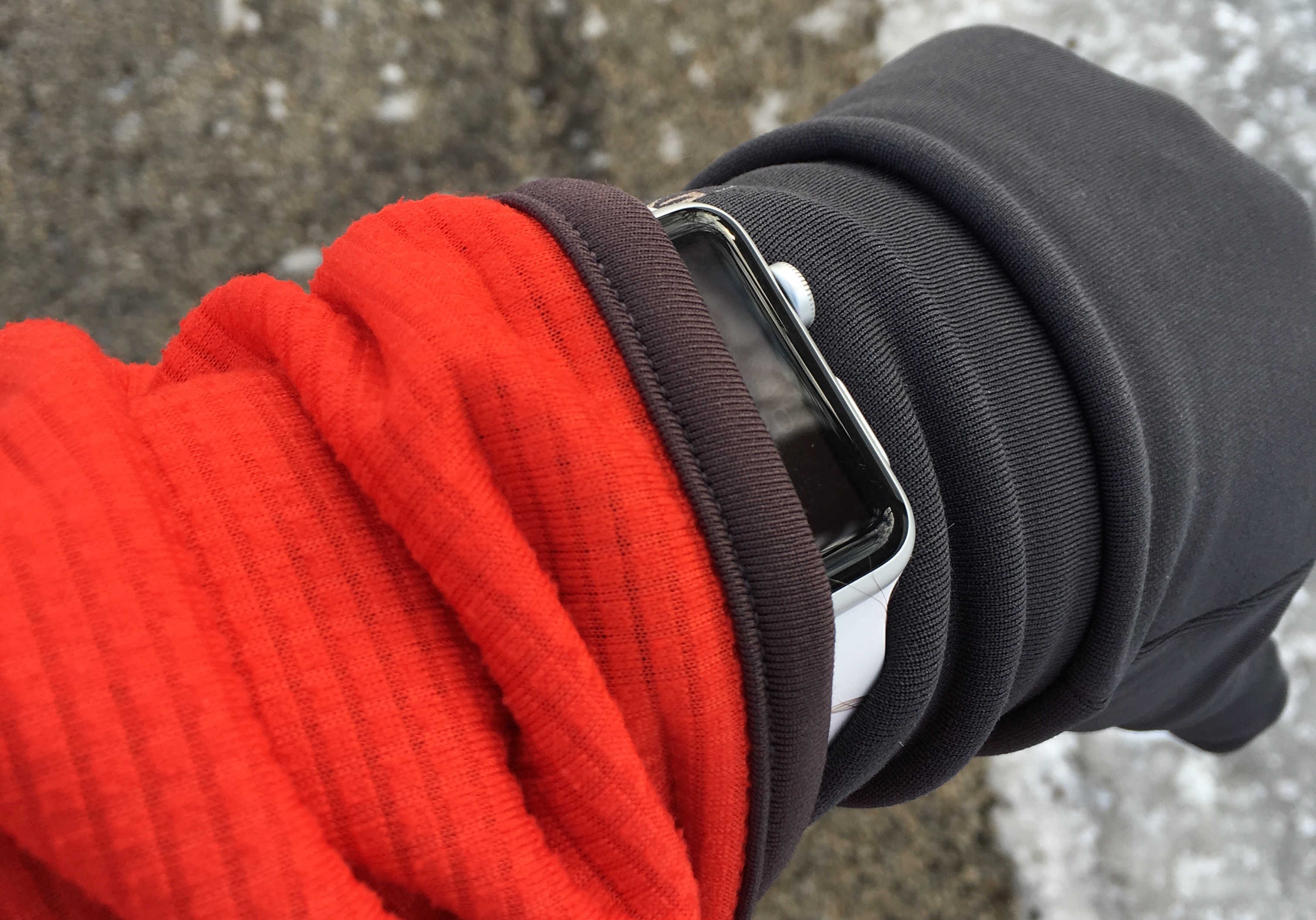 If you want to have some friendly competition, you can find me on RunKeeper, which I still contend is the best way to track your workouts.

How Adobe Disrupted Itself