OnePlus 6 Charges Fast, But Only with It’s Proprietary Charger

Note, these results seem almost too bad to be true, but replicated the results across numerous charging setups. Let me know if there is a charging brick out there that will work better.

When I looked at the OnePlus 6 fast charging (don’t call it Dash Charge anymore) last week, I found it was very fast. When put up against the iPhone Xs’s fastest charging option, it was the winner, even if only by a few percentage points. All the better, it won with the charging brick that came in the box, not one that you needed to either have from a Mac you already own or just bought from Apple.

But what if you don’t use OnePlus’s proprietary fast charger? What if you have the fast charger they give you in your bedroom and want another charger elsewhere? I wanted to know, so I ran a couple more tests to see how well it played with standard fast chargers.

I tried 2 other chargers, both of which have previously charged my iPhones, Pixels, Galaxys, and even Motorola phones quite quickly. These were the Apple 30W USB-C Power Adapter and the Aukey Quick Charge 3.0…(long Amazon keyword listing name).

The results are not what I was expecting. 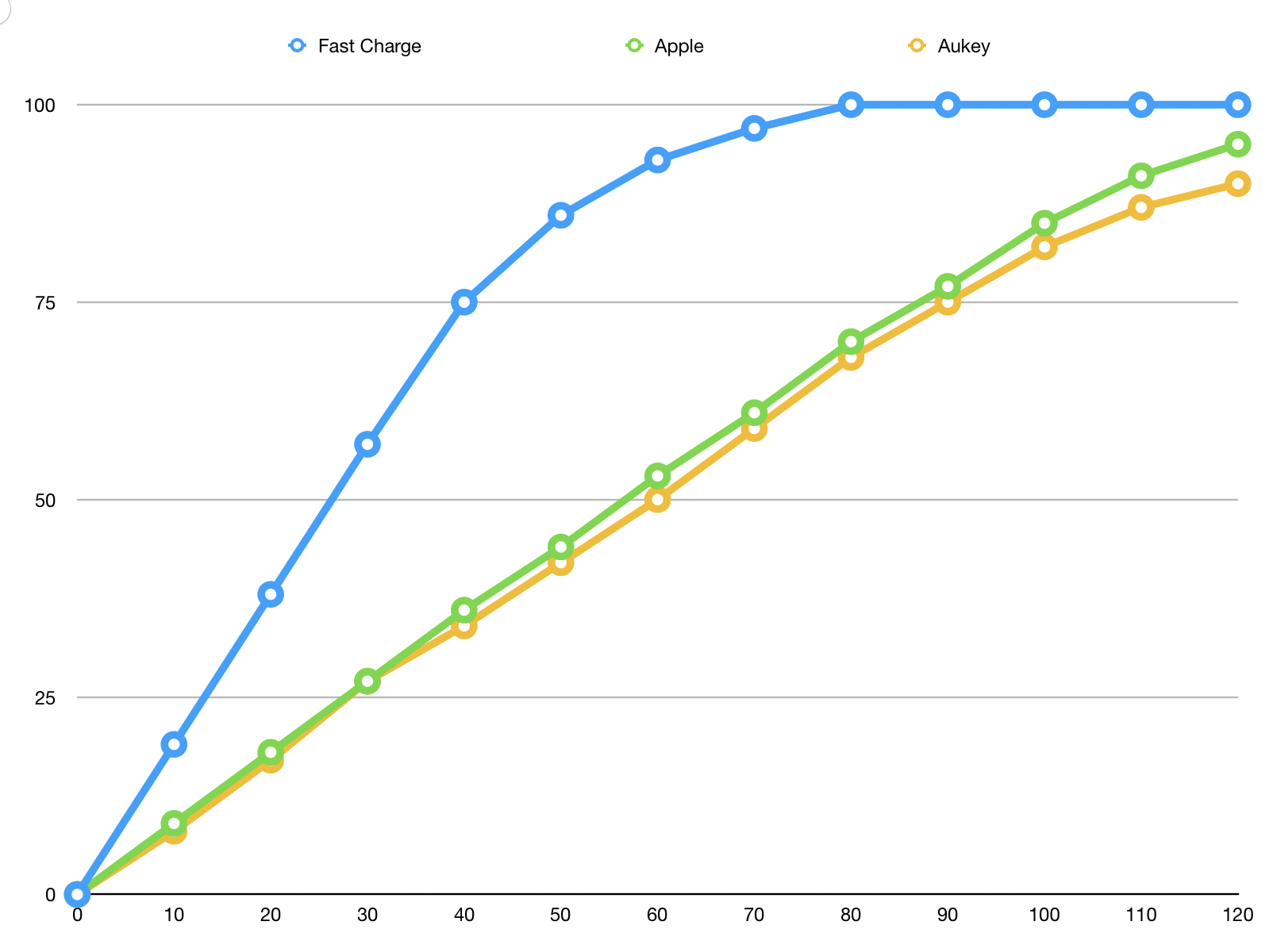 Not only were these charge times far slower than the OnePlus charger, they were almost exactly in line with what my iPhone Xs does when plugged into the 5W charger that comes in the box.

Basically, if you want fast charging, you really need to use the charging brick from OnePlus directly and anything else will deliver far worse results. Effectively, it turns those fast charging bricks you might have for other devices into the 5W adapter that everyone is grumpy about shipping with the new iPhones.

The good news is that OnePlus sells additional fast charge power bricks for just $19.99 on their online store. It would be nice to be able to use anything you want, but at least their prices for proprietary charging bricks is reasonable.

The Best Calendar App for the Apple Watch

Check out my first review for The Sweet Setup to find out!…

About Those iPad Pro Reviews (podcast #137)