Pebble Time Announced (on Kickstarter? Why?!) 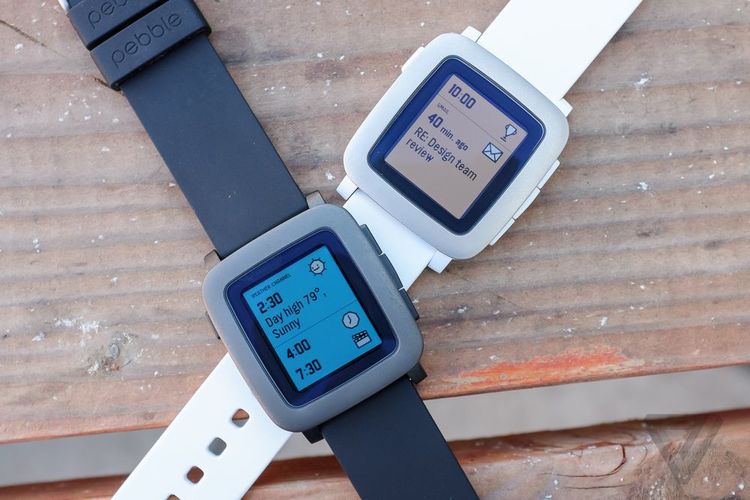 Well, we all knew it was a matter of time, and Pebble announced their new smartwatch today. Interestingly, they’re going to Kickstarter again, which makes no sense at all to me. They sold over a million watches and from all appearances, seem to be a legitimate company now, so why are they wasting their time with crowd funding? As I write this, the kickstarter has been active for a couple house and they have $3.5 million backed, which is 7x their stated goal. Obviously they knew they were going to hit that goal. Also, they do not have any low-value backer options. You could give less, but there’s literally no reason to.

I’m worried that since Pebble is literally using their kickstarter as a pre-order system, that it will continue to purvey the wrong notion that this is what Kickstarter is. The only reason I can see Pebble doing this is so they can get into the news for having the biggest kickstarted product again. Oy.

Anyway, on to what really matters: the watch.

The Pebble Time[1] looks like a very nice evolution of the original Pebble. As a fan of the Pebble, this sounds good. The color e-ink screen is a step in the right direction, and it looks good in the promo shots. I really like the art style they chose for the new interface. Everything is elastic and bouncy, a stark contrast to the original Pebble, which had avery basic UI.

The big talk before this came out was that Pebble had created an entirely different interface than we had seen on smartwatches before. The interface is called “timeline” and it basically enables you to quickly scroll up to see the notifications and events that you got in the past, and scroll down to see what is coming up later in the day. Again, this is better than the original Pebble, but I wonder if it’s going to be enough.

The elephant in the room is that Apple is releasing the Apple Watch in 2 months, and they have a tendency to completely redefine an industry. Yes, the Pebble Time is much cheaper, has better battery life, and works with more than just the iPhone. However, speaking as a prospective Apple Watch buyer, this didn’t make me reconsider my new smartwatch purchase. The Apple Watch will be able to do much more than this, and it’s iOS integration is going to be much deeper.

If you are an Android user though, this may be a good option. The Pebble integrates better with Android than it does with iOS, and compared to the Android Wear options right now, this actually looks pretty good.

Finally, I should mention the looks of the watch. I think it looks fine, but not great. That’s totally okay, too. It’s definitely a big step up from the original, and I’m happy to see that they made it smaller than most other smartwatches we currently have. It’s not going to turn heads, but it certainly won’t be an eyesore.

Overall, I think that Pebble did a really nice job with this next generation Pebble watch. It’s not for me, but I can definitely see a huge market for them and I wish them the best.

I've never done a video review for the video game before, but…