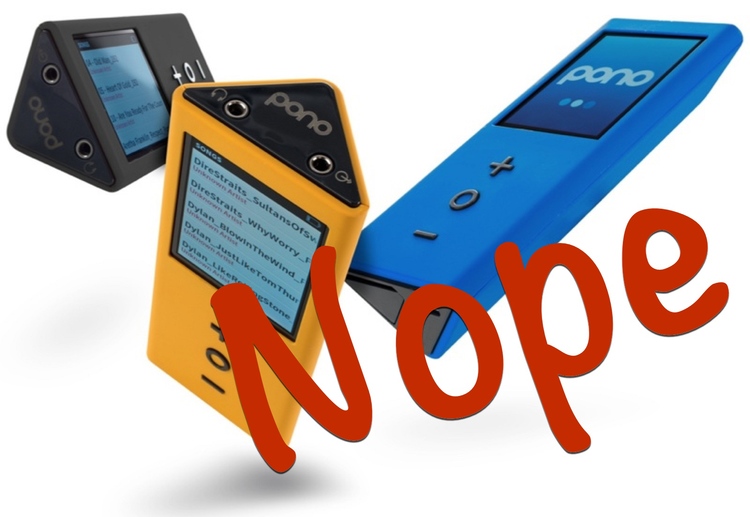 I try to keep this site pretty positive. I want to believe in a world that embraces enthusiasm and joy over knee-jerk pessimism and Twitter one-liners, but it has to be said that the PonoPlayer looks like a crappy device.

David Pogue has my favorite review yet. In his review, he says this about people who say you can "feel the difference" between mp3s and these better files:

[...]now we’re getting into squishy territory. It’s like saying that wearing a crystal or a magnet makes you healthier: There’s no scientific or measurable basis to the statement, but then again, if it works for you, nobody can argue with you.

This is the world that Pono is appealing to and they won't be deterred by a review like this. They'll comment on the headphones being used, the switcher, the type of metal used in the wiring on the headphones, the room they're in...

If high def music sounds better to you and you have the money to blow on increasingly expensive gear, then great, go for it. But don't suggest that those of us who are happy with mp3s are missing out on what music is all about.

Finally, not to be too suspect of Neil Young's motives, but the top downloaded artist on the Pono store is Neil Young. The only music chart in the world that Neil Young is the top seller is the one he helped build. Yeah.

I don't generally like old games unless they were made by Nintendo.…

Jonathan Mann writes a new song everyday and each one is good.…