The good, the bad, and the gaudy of the Series 3 Apple Watch

The new Apple Watch was indeed announced today, and it looks to be another solid update to the Watch family. I personally plan on ordering a Series 3 LTE watch this Friday so I can enjoy the iPhone-free lifestyle from time to time. Let’s break down what Apple announced to figure out why I am upgrading. 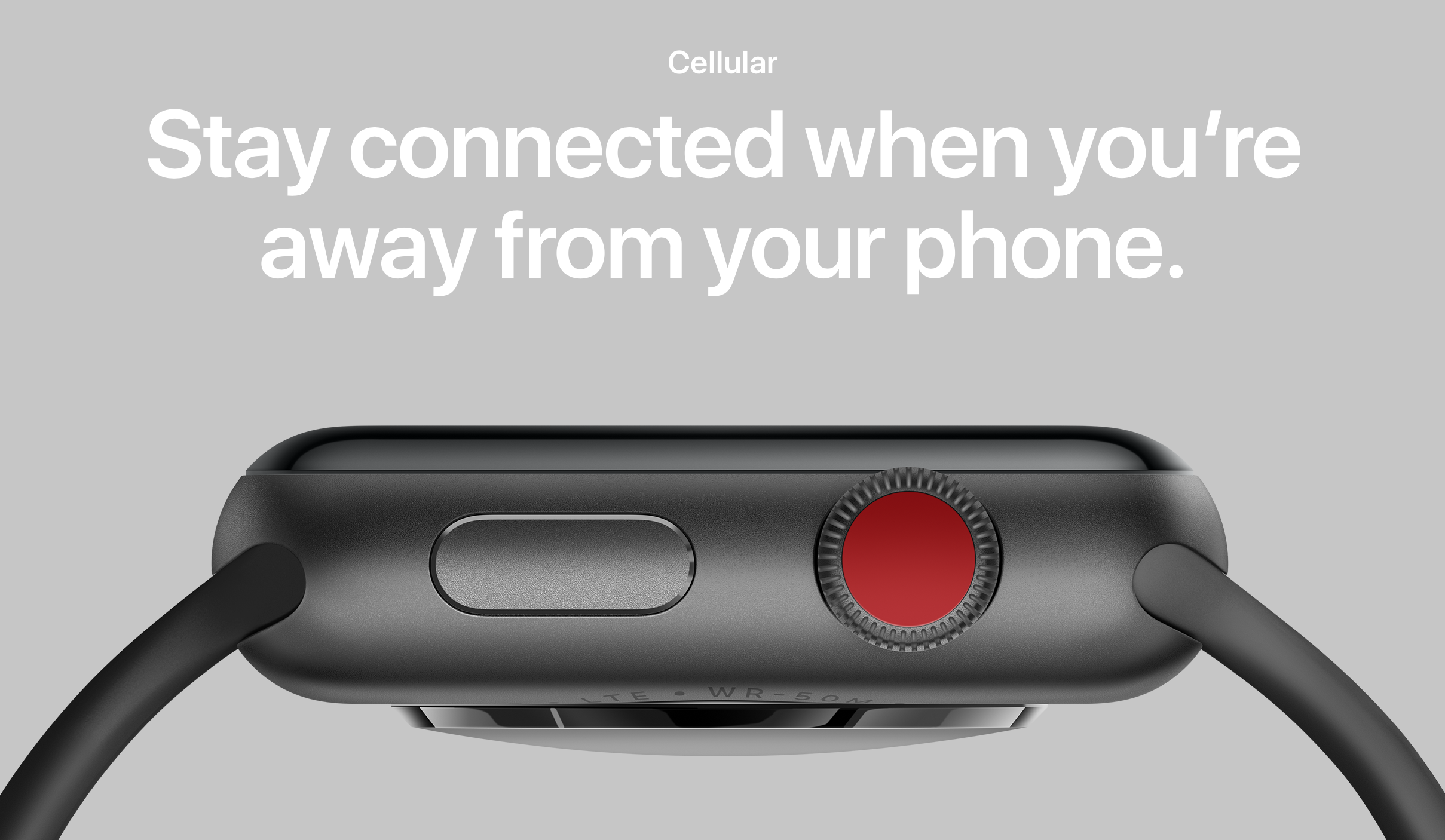 The biggest addition, and the biggest win in my opinion, is the addition of LTE cellular data. Apple has managed to add LTE all while keeping the form factor essentially the same. This is both wonderful and impressive from Apple.

LTE is wonderful because it enables all new use cases for the Apple Watch. Apple’s direct pitch was to people who want to work out and leave their phone at home, but an LTE-equipped watch also means you can use it if you’ve lost your phone. You can use it if you don’t like to carry a phone around (the elderly, for example). You can give this to your kid when they go out and trust they won’t lose/break a device strapped to their wrist a little more than a phone they have to carry and keep track of.

LTE is also impressive because Apple basically did not have to add any volume to the watch body to do this. The closest competitor to the Apple Watch is probably the Samsung Gear S3 with LTE, which you can buy for about $350 on Amazon today. The smallest Apple Watch with LTE costs $50 more, but it is 38mm tall and it weights just 28 grams1. Meanwhile the smaller of the Gear S3 watches is 49mm tall (29% taller) and weighs a whopping 57 grams (104% heavier).

This is a manufacturing achievement from Apple on a higher level for me than the iPhone X’s screen. The iPhone X has a screen that looks to eliminate more bezel then their competitors by a little bit, but Apple is making the rest of the industry look like fools when it comes to cramming tech into smart watches.

I’m also happy to see all models of Series 3 are waterproof this year. This was exclusive to the Series 2 last year, and I’m happy that it’s just expected at this point.

And then there are the little things. Siri being able to speak answers to me is a godsend, and something I’ve been perplexed about the Apple Watch not doing from the start. It looks like that was actually a technical limitation of the processor in the Apple Watch Series 0/1/2 not being powerful enough to synthesize speech, even though it was able to play back pre-recorded audio like music or podcasts.

Oh, and I have to mention the 70% improvement in CPU performance on this model. As I have said many times, we need to get more power into these smart watches as fast as humanly possible. Thankfully Apple’s silicon team has been killing it for years and is making great strides in this area. I’m very interested to see how this performs when I get it next week. 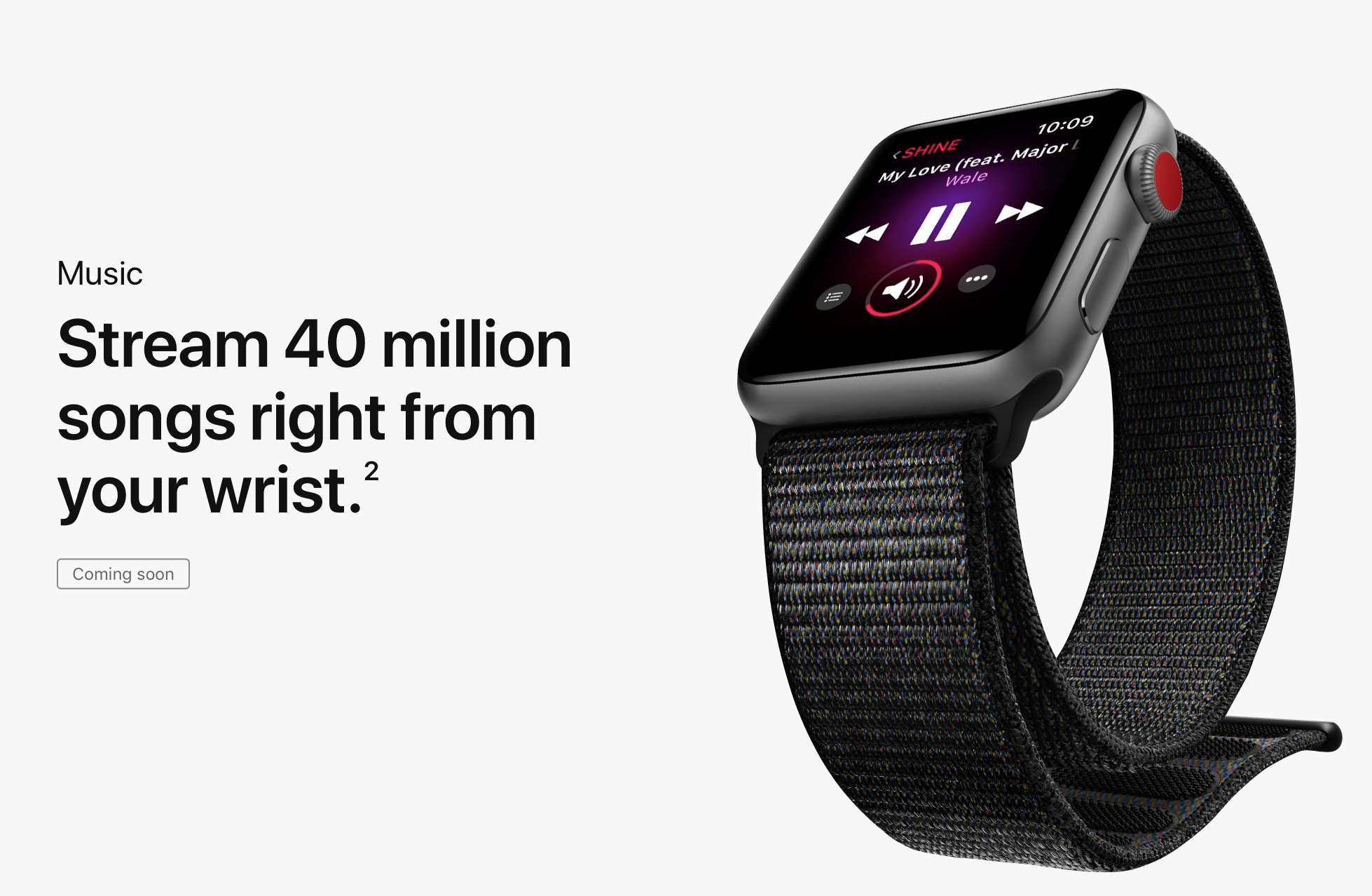 I honestly don’t have a lot here. My biggest concern here is ore with what Apple didn’t show, rather than any particular new feature.

I wish Apple had announced a new Podcasts app for watchOS to go along with the new LTE hardware. Streaming Apple Music without my iPhone is great, but I listen to podcasts when I’m working out, not music, so I’m a little concerned that there is not going to be a solution for some one like me to go running with just my Apple Watch and AirPods. And since Apple has removed whatever hack Overcast was using to sync podcasts, I really need Apple to step in here and either give us an Apple app or make an official API for devs to make their podcast apps do this.

The only gaudy thing about the Apple Watch Series 3 in my book is the red accent on the digital crown. I can understand Apple’s desire to make the LTE watch visually distinct from other models, but I don’t like the decision to go with a bright red for all of them. It’s just a little too bold for my style, but I’ll reserve final judgement for this when I get

The Power of Apple

The BirchTree Podcast #31: This isn’t some generic sky!

My first impressions of the Apple iPhone event. We talk iPhones and…