Web benchmarks for the Google Pixel 2

Benchmarks are either the most fair way to compare devices, or they’re a completely artificial way for one side of an argument to prove their point in an unfair way. If we’re talking about Geekbench scores, then I tend to agree with the latter position, unless you’re comparing apples to apples (if you will). Web benchmarks I feel are much more of a fair fight cross-platform because the web itself is equal across all devices. When I load a heavy website like The Verge, the same bits come to me whether I’m on iOS or Android.

With that in mind, I ran the Pixel 2 through its paces on the 4 most modern web benchmarking tools I know of: MotionMark, Speedometer, JetStream, and ARES-6. Here’s how the Pixel 2 did: 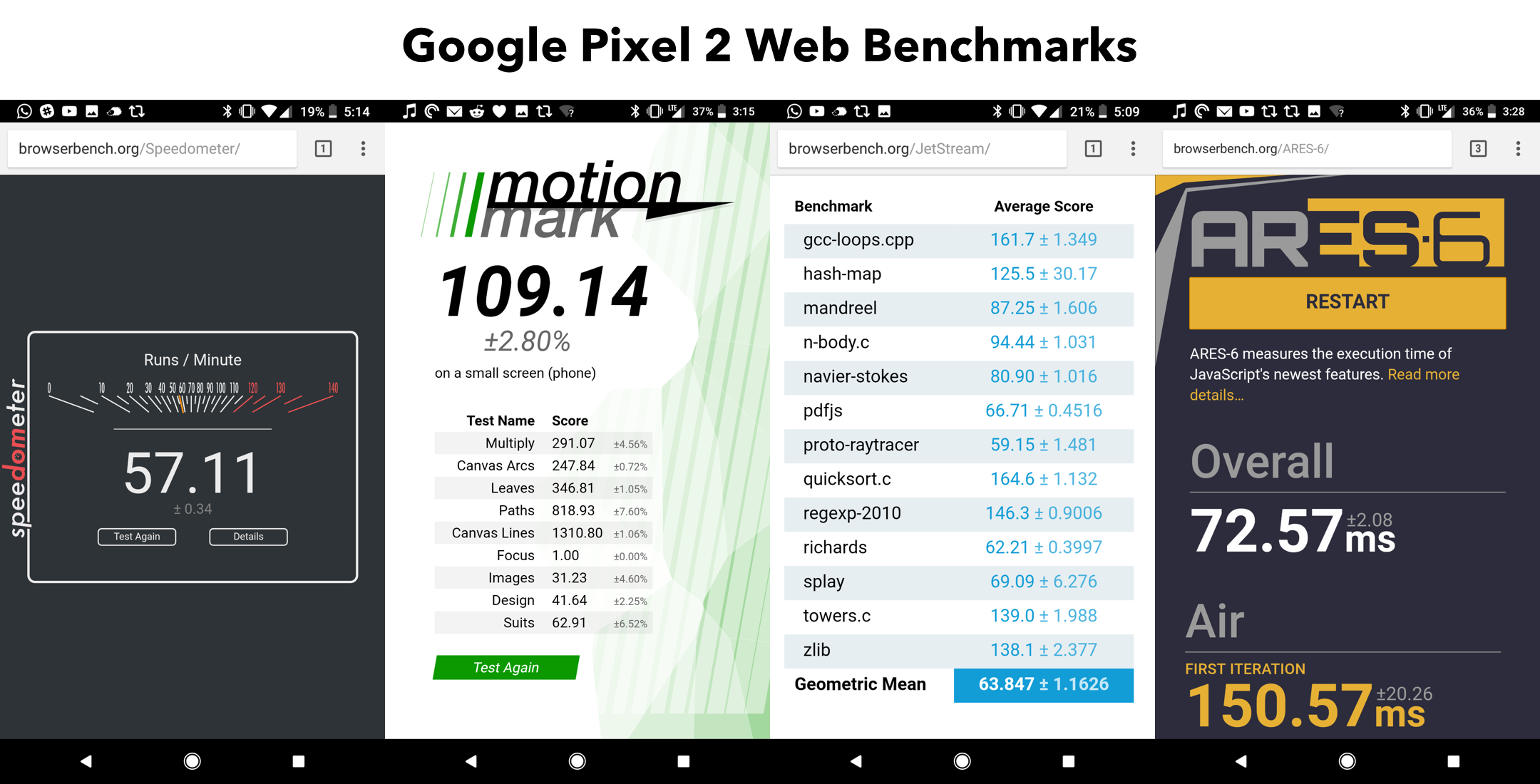 All of those scores are fine, and their standing in your mind really depends on where you’re coming from. It’s surprisingly hard to find web benchmark scores for Android phones out there, but  PhoneAreana has a decent collection of the top end Android phones on the JetStream test. The Pixel 2 scored 63, while the Galaxy S8 line scored 55-60 and the leader of the pack is the Note 8 at 67 (higher is better in this test). By that measure, the Pixel 2 is a damn fast phone, and outside of the Note 8 is about as fast as you’re going to get in 2017.

The numbers are pretty clear here, as the iPhone 8 tears through these benchmarks 2-3x faster than the Pixel 2.

Take these numbers with a grain of salt, of course, as the Pixel 2 does not feel slow to me in daily use, quite the opposite in fact. I definitely feel the Pixel is slightly slower than my iPhone, but certainly not by 2-3x like the benchmarks show. So while there is certainly a performance gap between these phones, the noticeable difference when in use is much smaller than these numbers may imply.

Comparing video on the Pixel 2 and the iPhone 8 Plus