2 Years ago I tracked a ton of information about myself and produced “The Quantified Life” post. I took 2017 off from obsessive tracking, but I got back on the horse in 2018 and tracked a good amount of data every single day of the year. Here’s what 2018 looked like to me through a few very specific lenses. 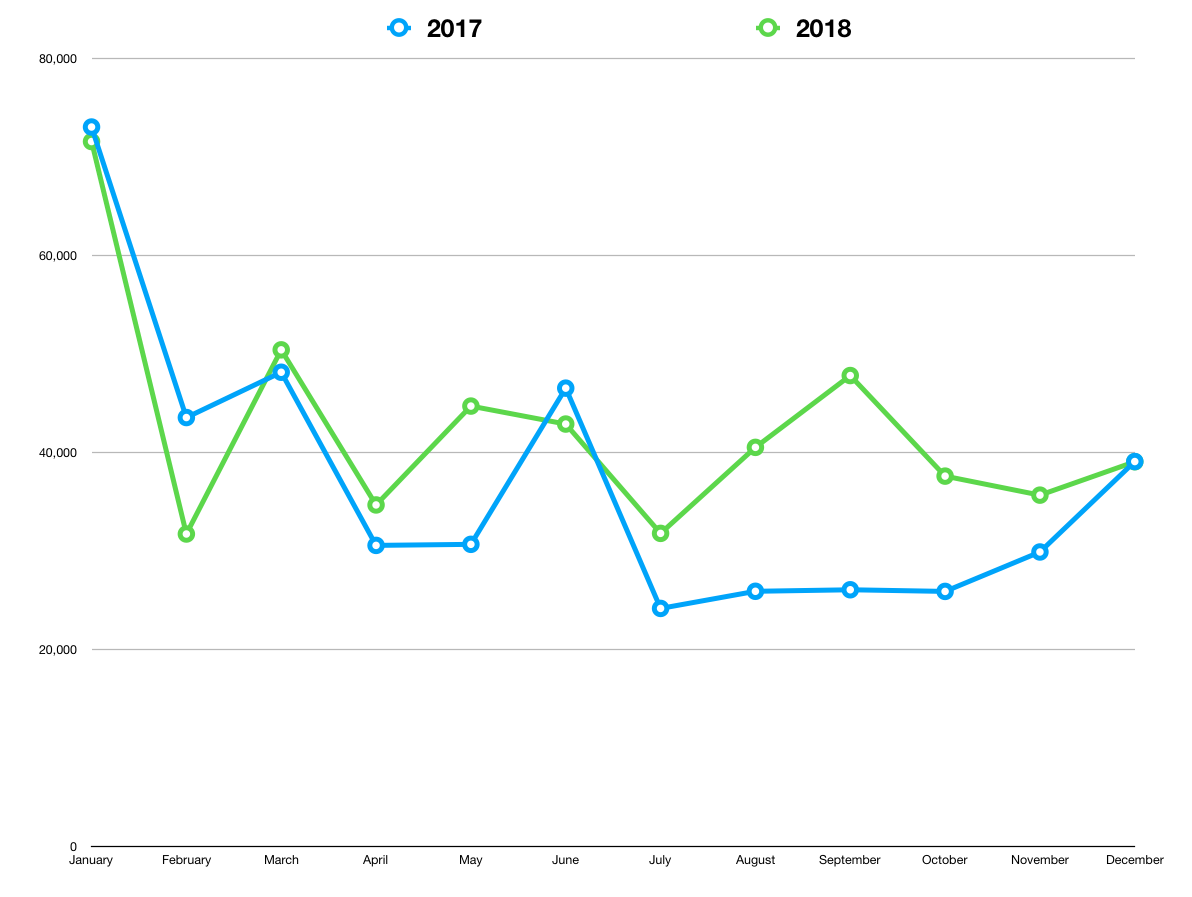 In the spirit of openness, here’s the raw traffic numbers for BirchTree in 2017 and 2018. Each year has been pretty respectable, but the needle hasn’t moved a ton. Part of this is my inability to put quite as much work into the site as I’d like, but it’s also a side effect of what we’re seeing across the web; blogs aren’t what they used to be. I have some plans for the site in 2019, but a you’ll soon see, growth at BirchTree is unlikely to be driven by blog posts as much as it used to be.

Also, I seem to have a knack for getting a post in January to go wild, so look out ;) 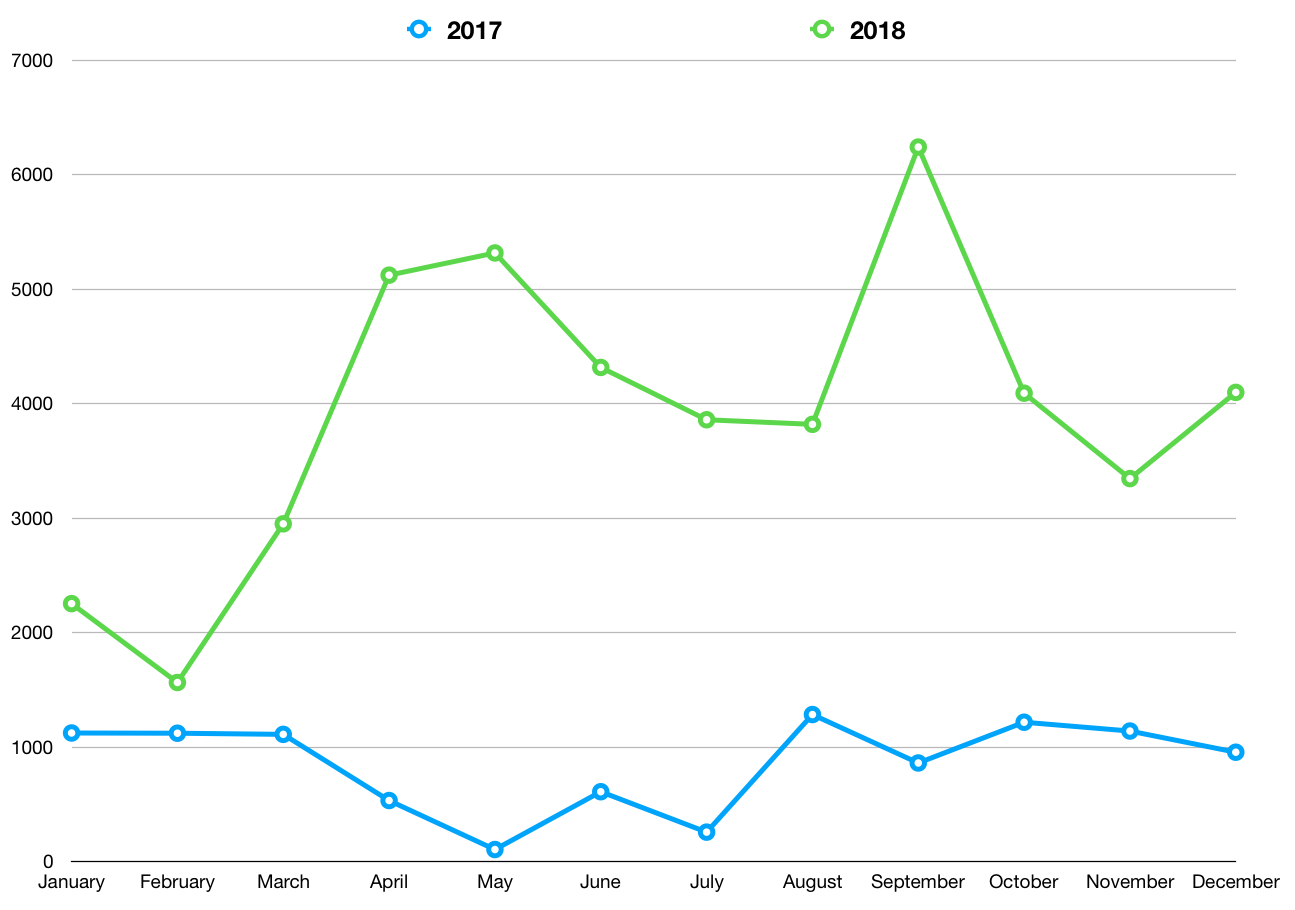 Along the same lines, here are the raw listenership numbers for The BirchTree Podcast, which I took more seriously in 2018 than ever before. I published 104 episodes in the calendar year, averaging exactly 2 per week. I had more fun doing this podcast (and appearing on other shows) than anything else this past year. It’s truly been a blast and I hope to continue to improve this show into the new year. 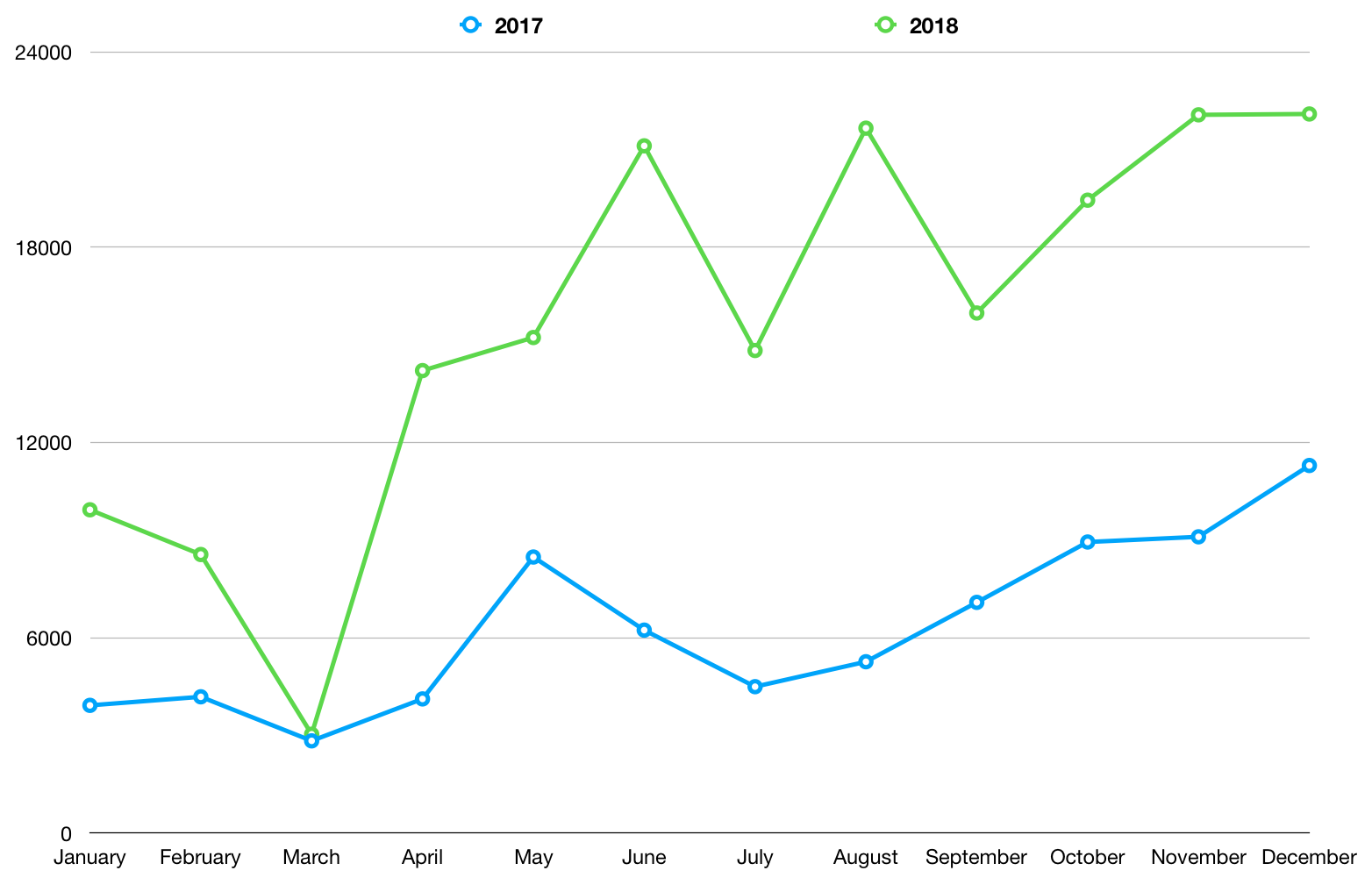 This is something I don’t really talk about much, but I have a small site called Quick BIN Lookup that lets you enter the BIN/IIN from a credit card and see who the issuer is. It’s not lighting the world on fire or anything, but it’s growing over last year despite zero development time on my part. It’s simple, fast, and don’t spam you with a bunch of junk. 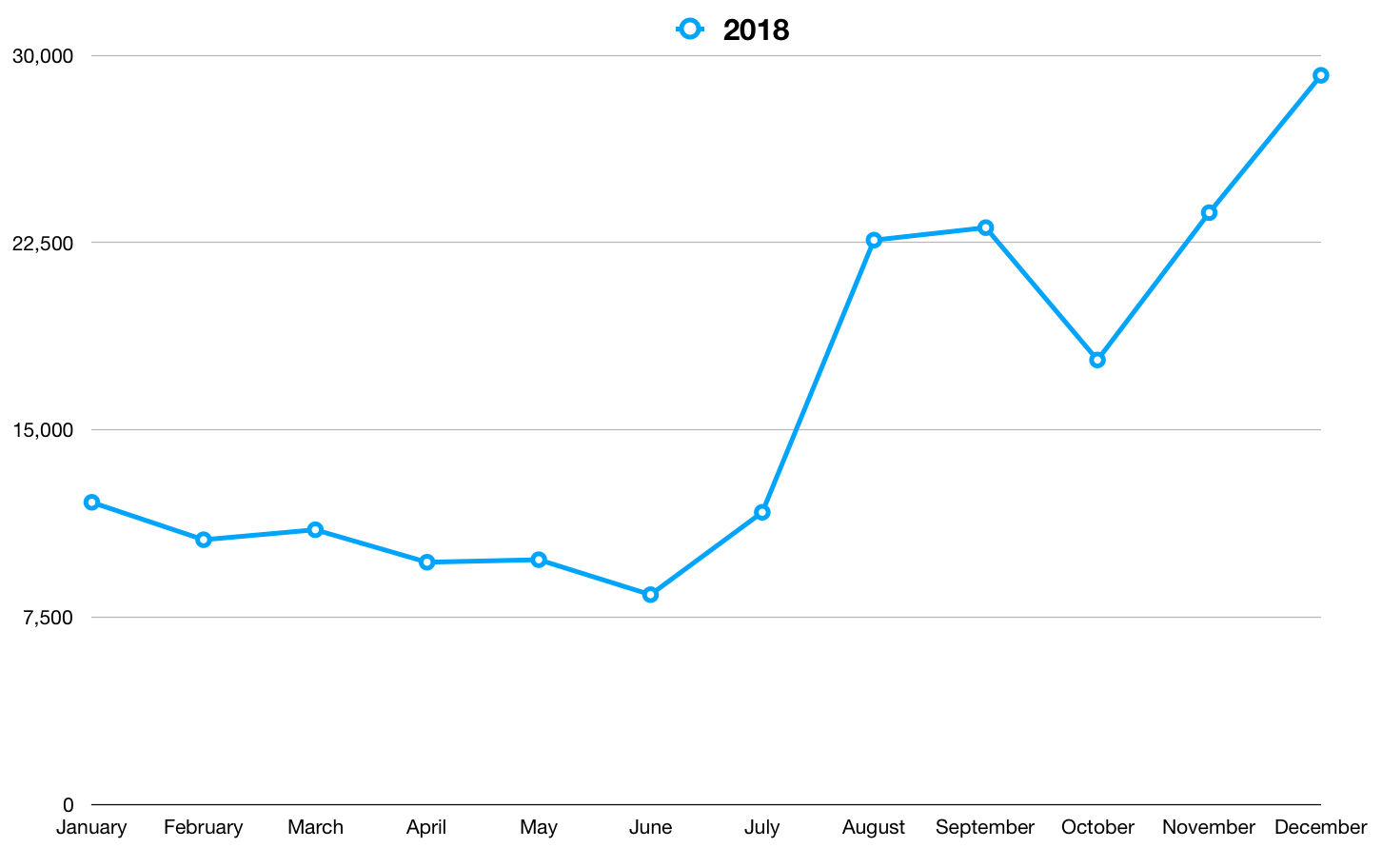 I haven’t played my hand in terms of what I plan on doing with YouTube in 2019, but I think I finally have a niche I can jump into and do something people really find interesting. More on this is the coming weeks! 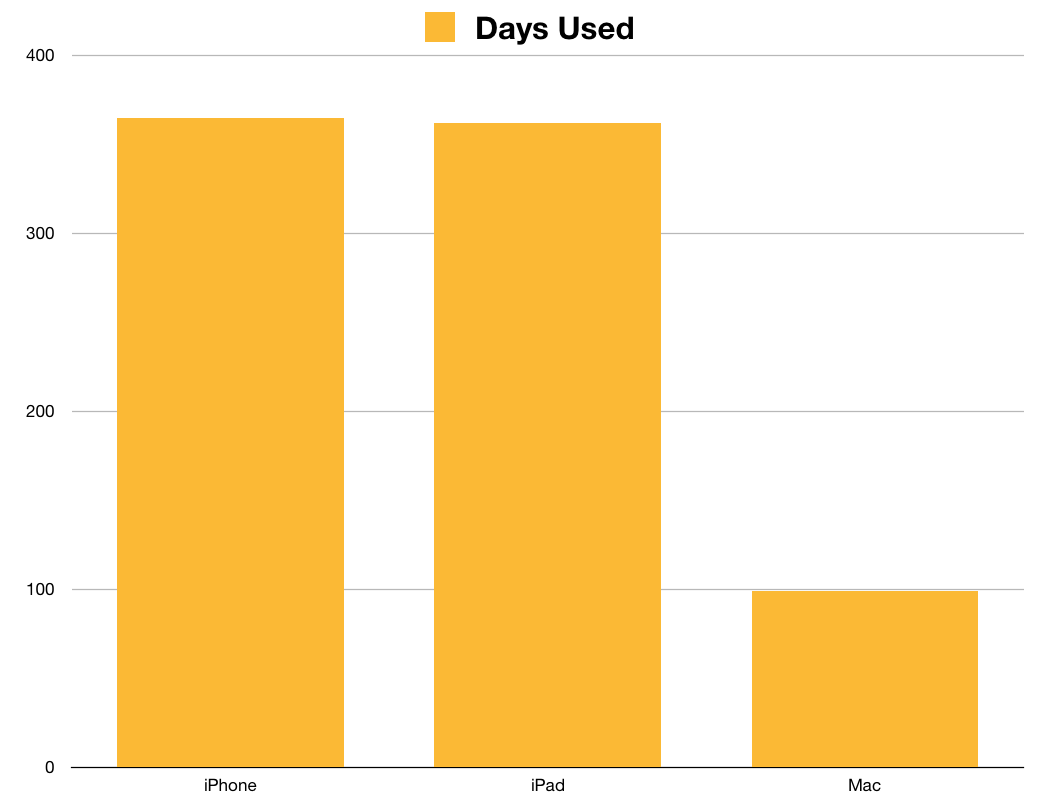 I was curious how often I used the 3 main computers in my life. This was a simple “did I use this computer today?” question, so even if I spent 1 minute on the machine, it counted. This chart very specifically let me know that selling my Mac and living on an iPad only would be fine for me. 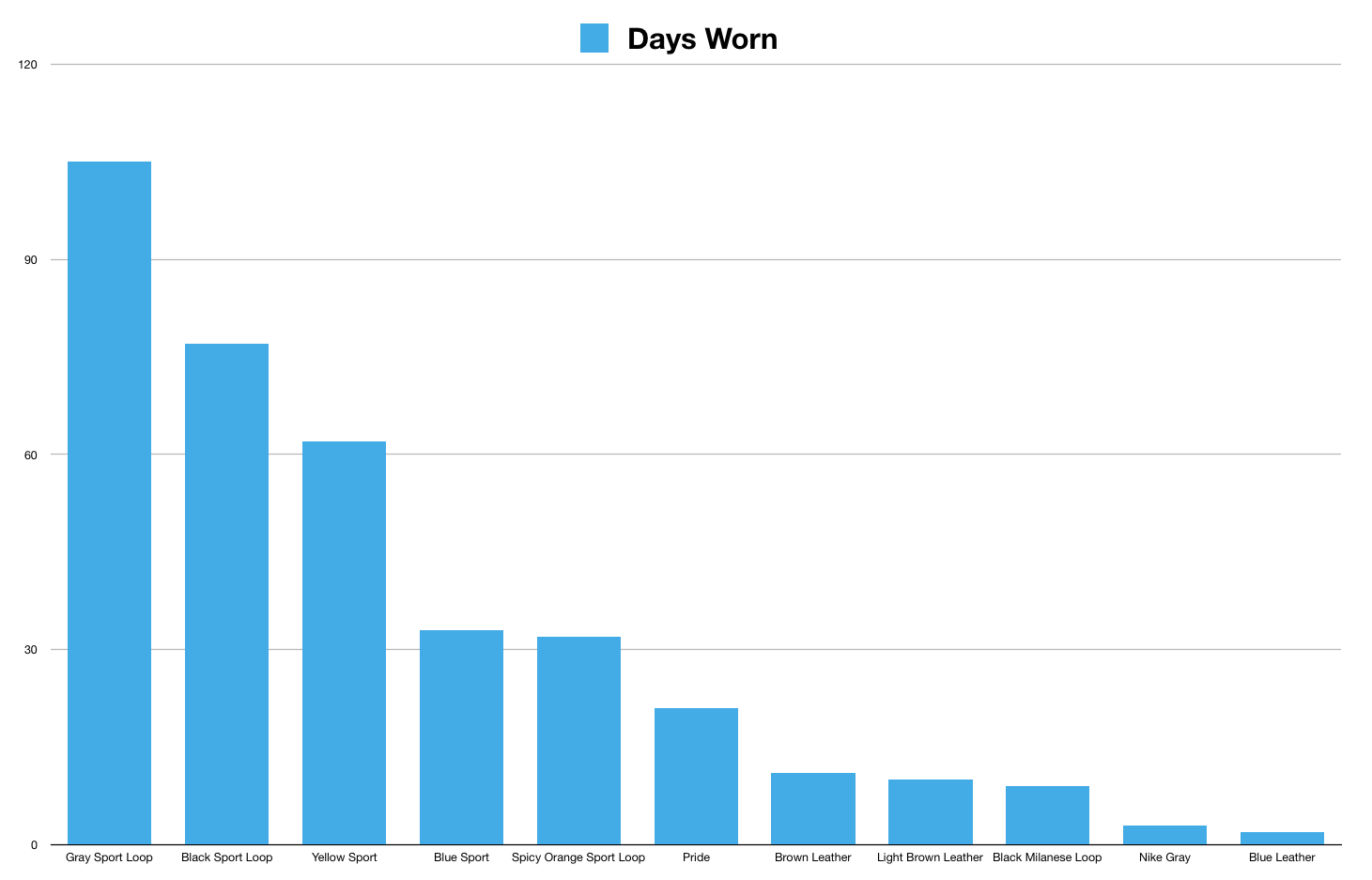 I was curious how many days I spent with each Apple Watch band I own, and this was where I landed. The gray and black sport loops are the ones that came with the Apple Watch, and apparently I just like those more than anything else.

The Black Milanese Loop band would be much higher, but I broke it early in the year and I never replaced it. 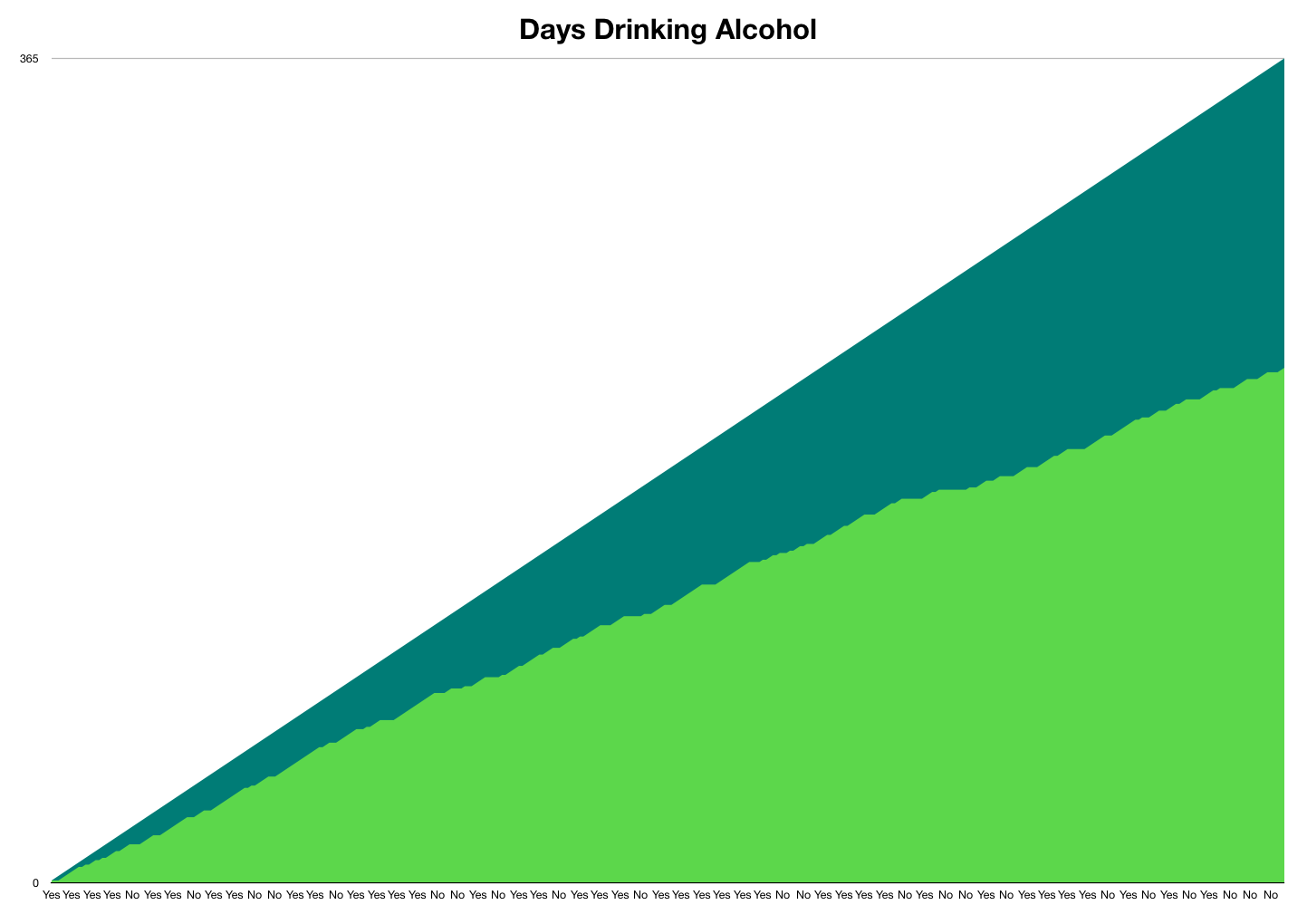 I don’t drink a ton, but I do frequently have a beer with dinner or after work. I don’t feel like I have a problem with it by any means (at most I have 2 in a day, and those are wild days for me), but I don’t want to have this ever become a problem, so I’m keeping tabs on it.

I tracked this, but the number was totally uninteresting: 365 out of 365 days involved at least one coffee. Yeah, I had it everyday.

I wanted 80 movies in 2018, all of which are listed below. Bold films are the best, and italics films were the worst. Duplicates mean I watched the same movie on different days. 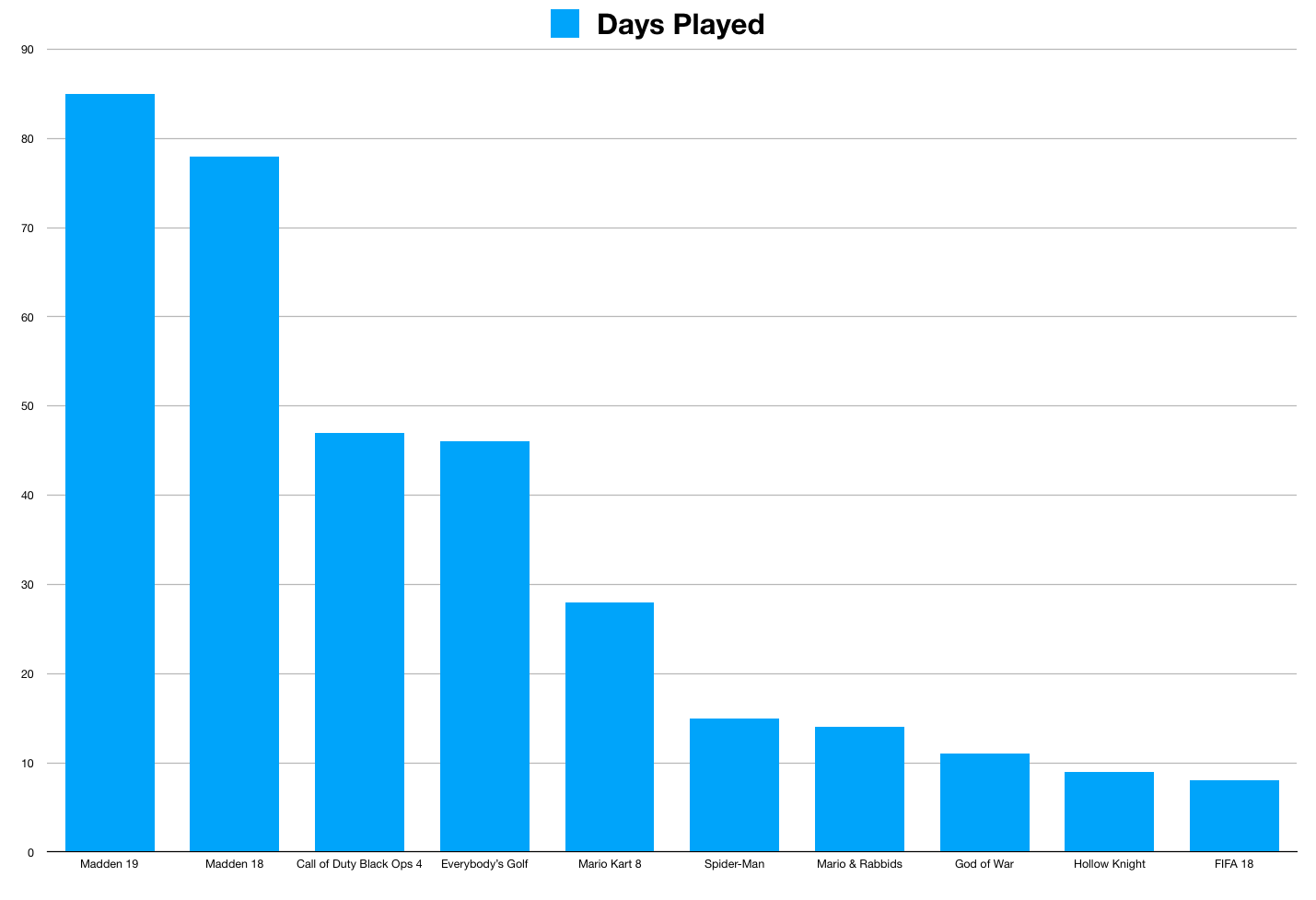 And finally, here are the top 10 games I played in 2018 based on days played. Take this for what you will, but the top 4 games on this list are all “end of the day” games I enjoy for being able to sit down, start playing immediately, and accomplish something within 30-45 minutes. This is the sort of game I play when I get home from work and just want to decompress.

Mario Kart 8 Deluxe makes the list as the game my wife and I play together.

Spider-Man took me longer to beat than any other single player game of the year, clocking in at 15 days. In my defense, I completed almost every side mission in the game.

Mario and Rabbids occupied 14 days this year, despite coming out in 2017. I got this on sale around the end of 2017 and fell head-over-heels in love with it.

God of War was my game of the year and took 11 days for me to beat, Hollow Knight was a great joy, but I exhausted it in 9 days, and FIFA 18 was a dalliance into soccer when the World Cup was on this summer.

https://youtu.be/SJIfW3FTaRM 2018 is coming to an end and there…