Every Battery in an iPhone Since the iPhone 6 Compared

GSMArena is an invaluable tool in looking up smartphone specs all in one place. This is especially useful for phones where the company just doesn't give out this info (cough, Apple), so I used them to find the battery capacities of every iPhone since Apple started releasing 2 iPhones per year: the iPhone 6 and 6 Plus.

Below are just comparisons I found interesting, so skip to the bottom to see the raw numbers to make your own! Also, I know that capacity does not tell the whole battery story, but I think it's still interesting to see where Apple has been making changes. 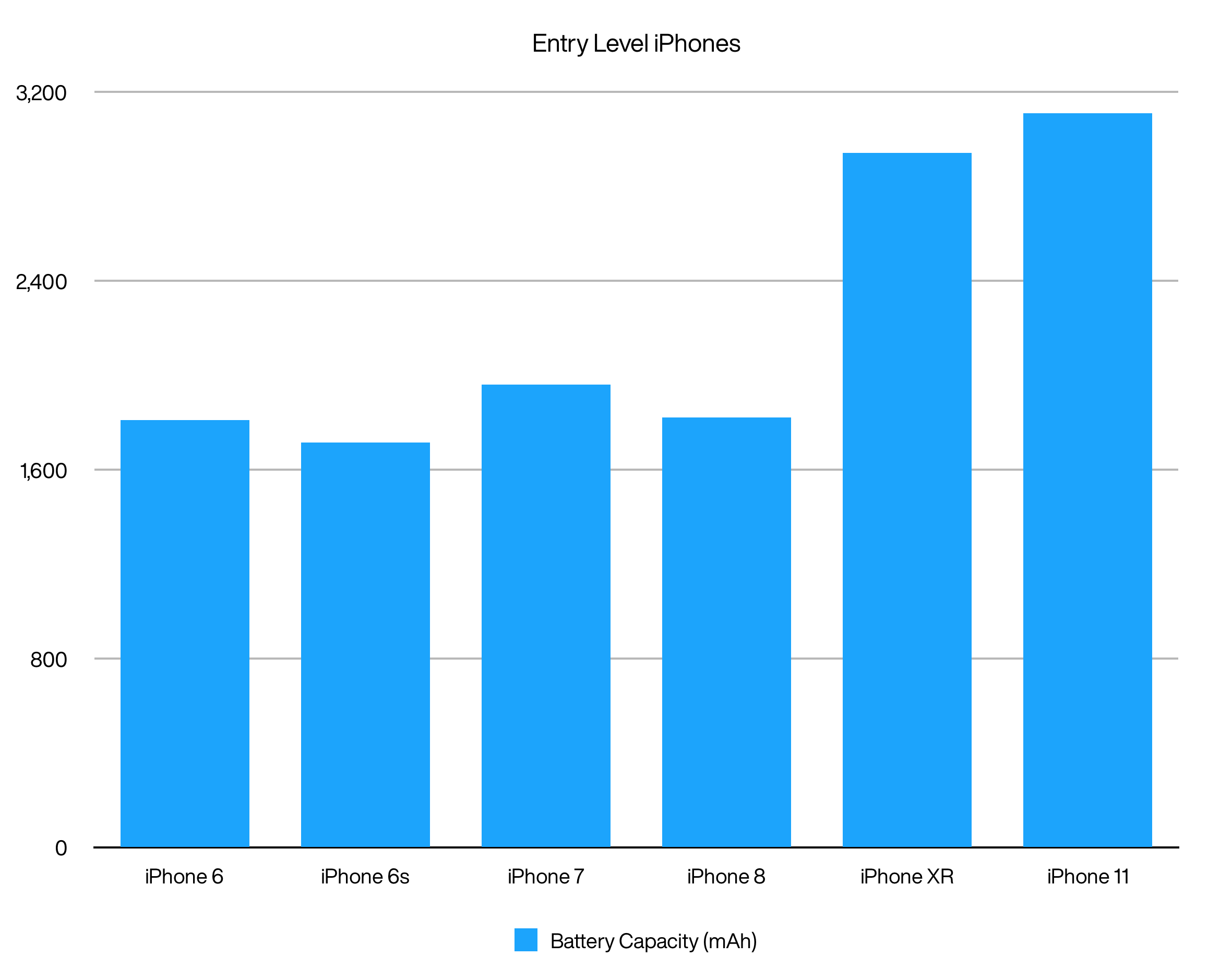 Each year Apple has had an entry-level iPhone which I have described as "the cheapest new one." They held pretty steady, peaking with the iPhone 7, but then we got a massive 62% increase in capacity. Also great to see is that the brand new iPhone 11 adds another 6% onto the XR. 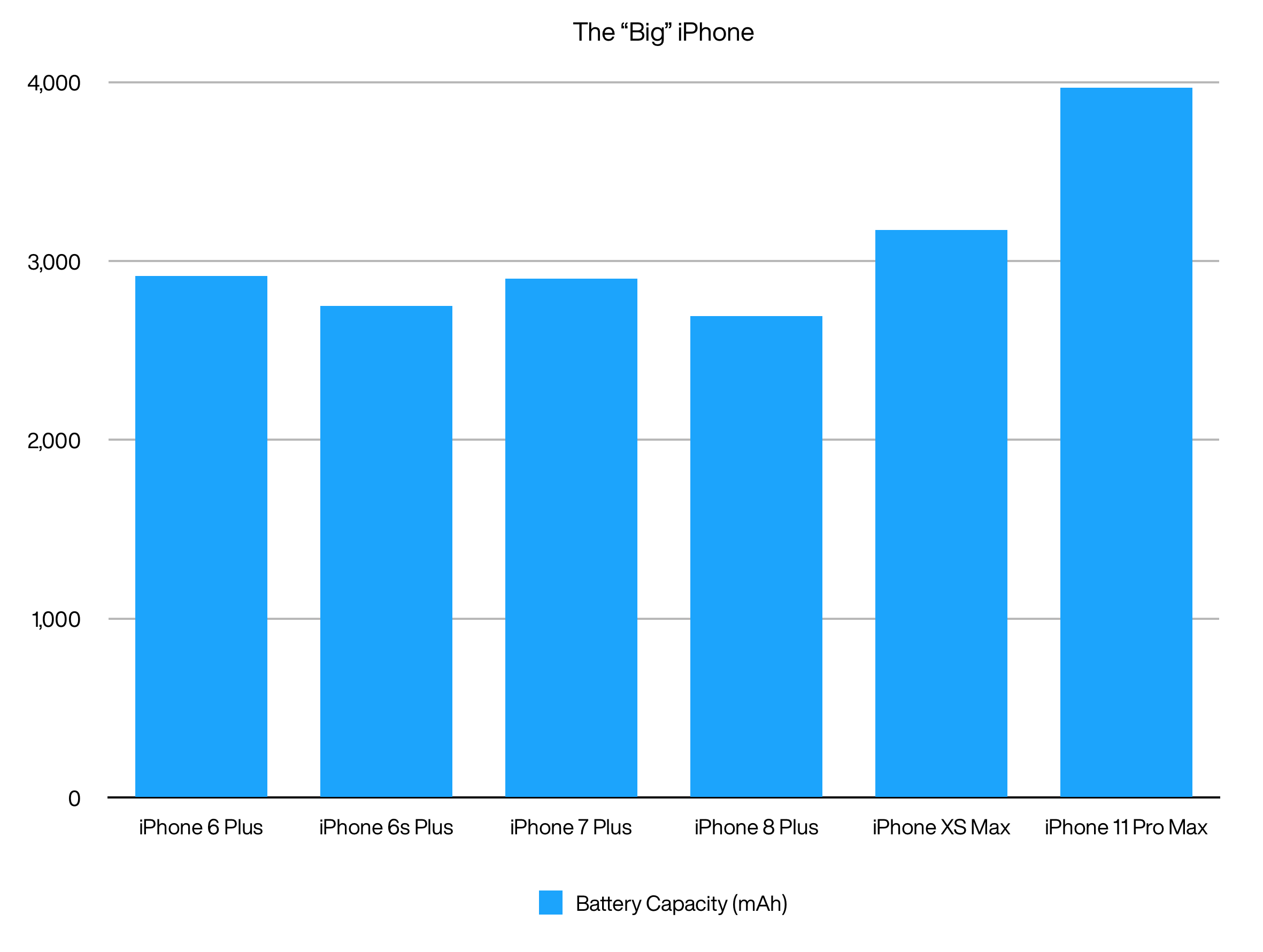 I'm defining "big boys" as the physically largest phone you could buy each year. The first 4 years show basically the same pattern as the entry-level phones, also with the 7 Plus coming out as the battery champ. Then there's a noticeable jump last year with the iPhone XS Max, but it was "only" an 18% improvement over the 8 Plus (and only 9% more than the 7 Plus). And then this year we get a relatively shocking (for an iPhone) 3,969mAh battery, which is another 25% leap over the XS Max. 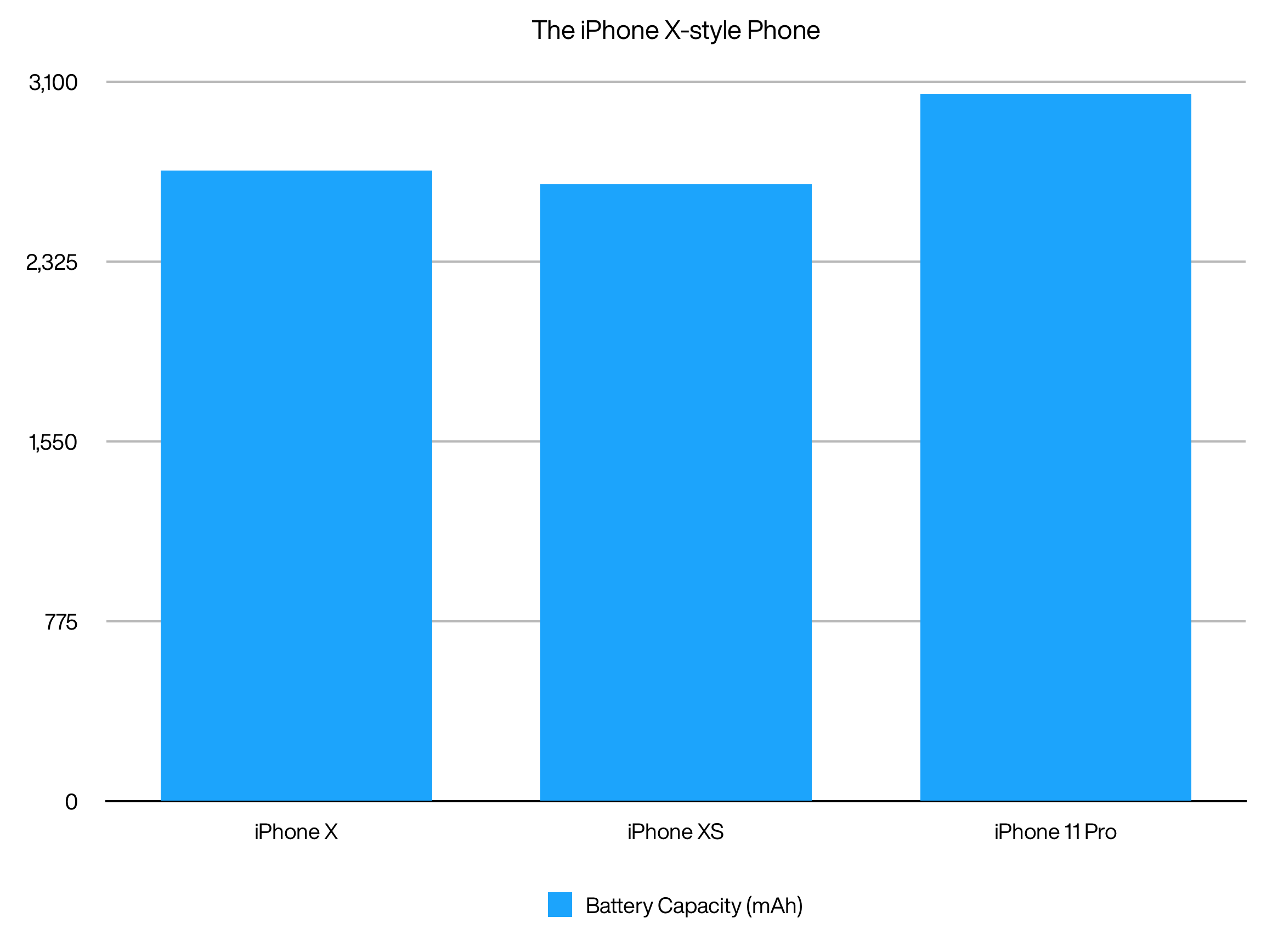 This is just looking at the iPhone X, XS, and 11 Pro, all of which share the same body and general dimensions. The 2% drop from the X to the XS is disappointing, but the 15% leap this year in the 11 Pro is awesome! At 3,046mAh, the iPhone 11 Pro is still "the small phone" but has more capacity than any "Plus" model Apple ever released, and even has a smidge more than last year's battery king, the iPhone XR.

As promised, here are the numbers for each phone: 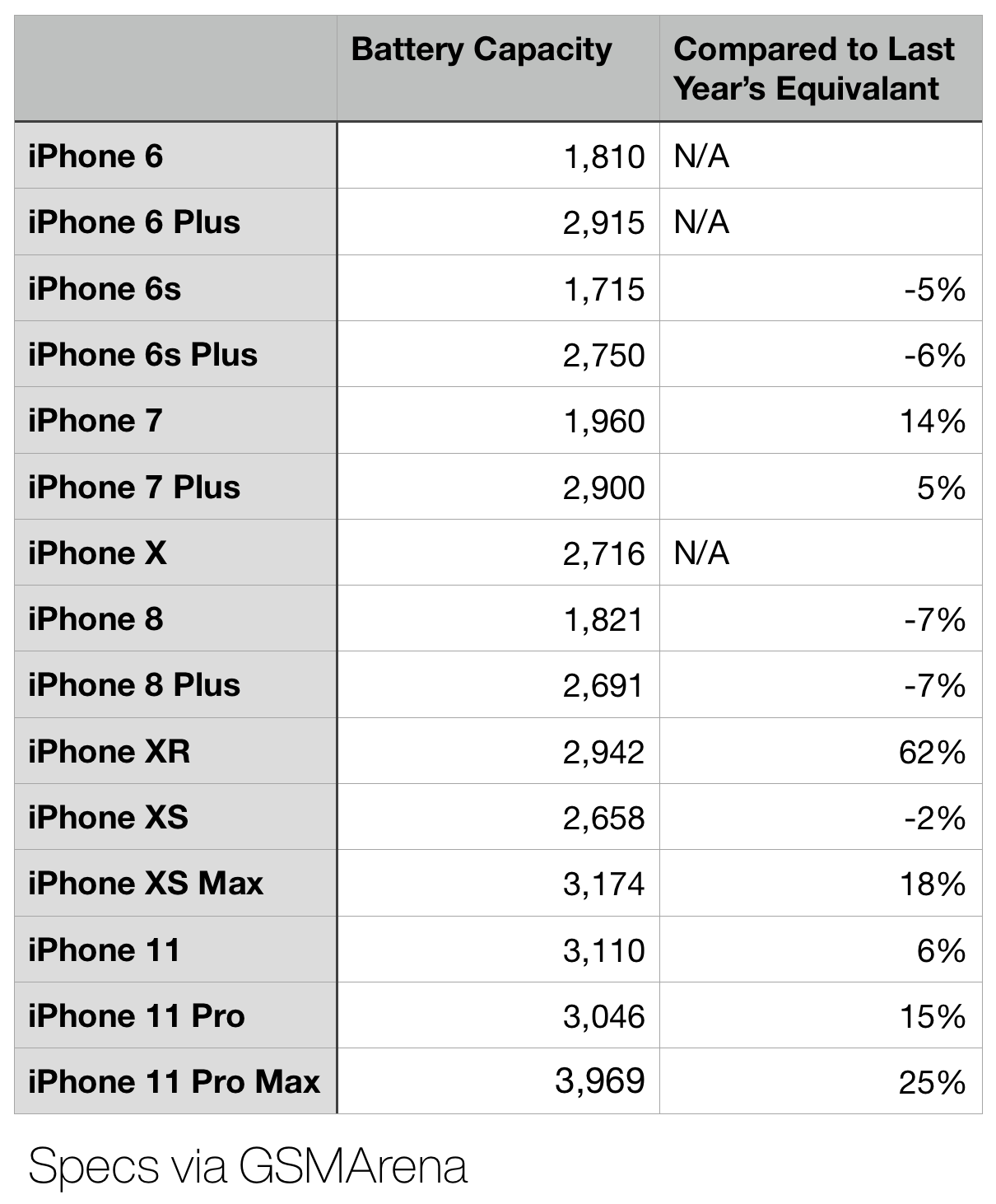 The Apple Watch has grown up [https://birchtree.me/blog/watchos-3-the-birchtree-review/] quite…