How Apple Elegantly Moves from High End to Mass Market

@zcichy Compare the price of all their products today vs what they started at. Everything drops over time so most can jump on board.

I’ve been having some fun with spreadsheets lately, so I figured I’d explore this statement that I was pretty sure was true. Here’s Apple’s 3 major mobile platforms over the past 15 years. 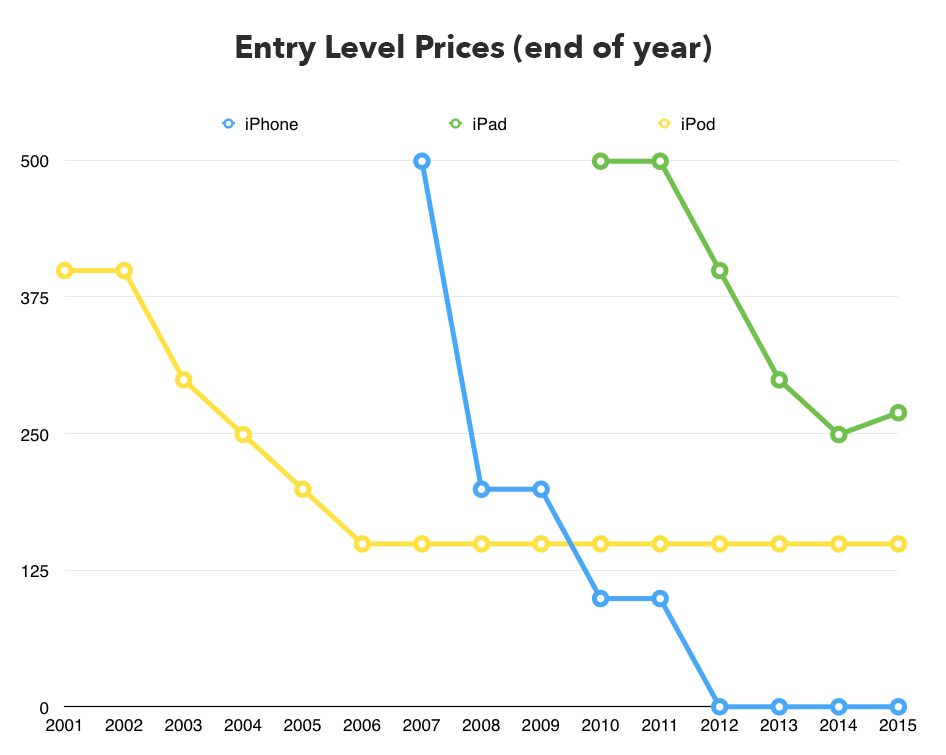 A few notes on the numbers:

Now let’s look at sales for these 3 families over the same time: 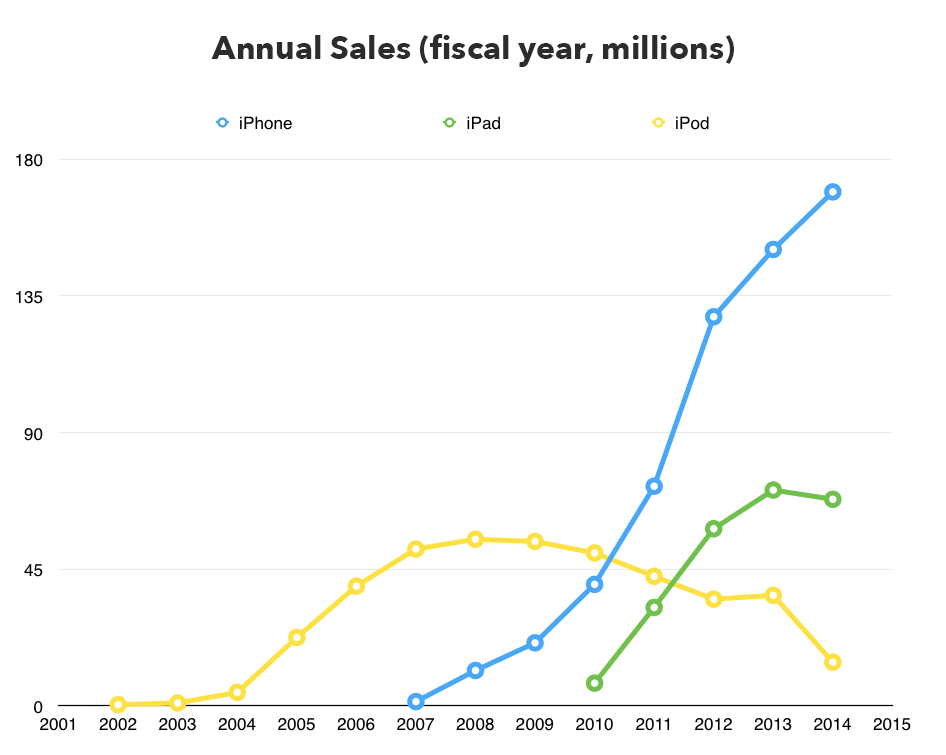 There is a strong correlation between when these products start to drop in price and when their sales numbers really take off. Their products tend to start a little above what most people are willing to pay, and there are a few reasons for that. The biggest reason, I think, is that Apple refuses to make shitty products just to hit a price point. Apple probably could have made an iPad in 2010 that had a plastic body, crappy screen, and smaller battery and sold it for $249, but they didn’t. They made the most affordable, good tablet they could for a reasonable price. It wasn’t until a couple years later that they were able to make the iPad smaller and more efficient that they were able to sell one for half the original price.

I think both of these factors play together to make Apple the most profitable company in the world. Their refusal to make “cheap” (aka shitty) products as well as their smart pricing structure have worked masterfully. Apple is an aspirational brand that eventually everyone can buy into.

Bonus thought: consider about these sales charts when thinking about Apple Watch sales and pricing. We’re still in the first year of the Watch, and based on Apple’s history, it is the most expensive entry-level price it will ever have and at it’s lowest sales numbers. I think the future is bright for this young product.

My Late 2015 Reminder that Real Cameras are Still Better

Target has announced [https://corporate.target.com/article/2015/10/apple-watch] they…