Popular podcast app Overcast was updated yesterday and it was the most exciting update I've seen in a long time to a podcast app. This update added the ability for users to load podcast episodes directly onto the Apple Watch. This is a big deal, and is something I've been waiting years for at this point. This means I can finally bring my Apple Watch with me on runs, and keep my iPhone at home!

Adding episodes is relatively simple, as you just tap the ⁺≡ queue button and tap "Send to Watch". 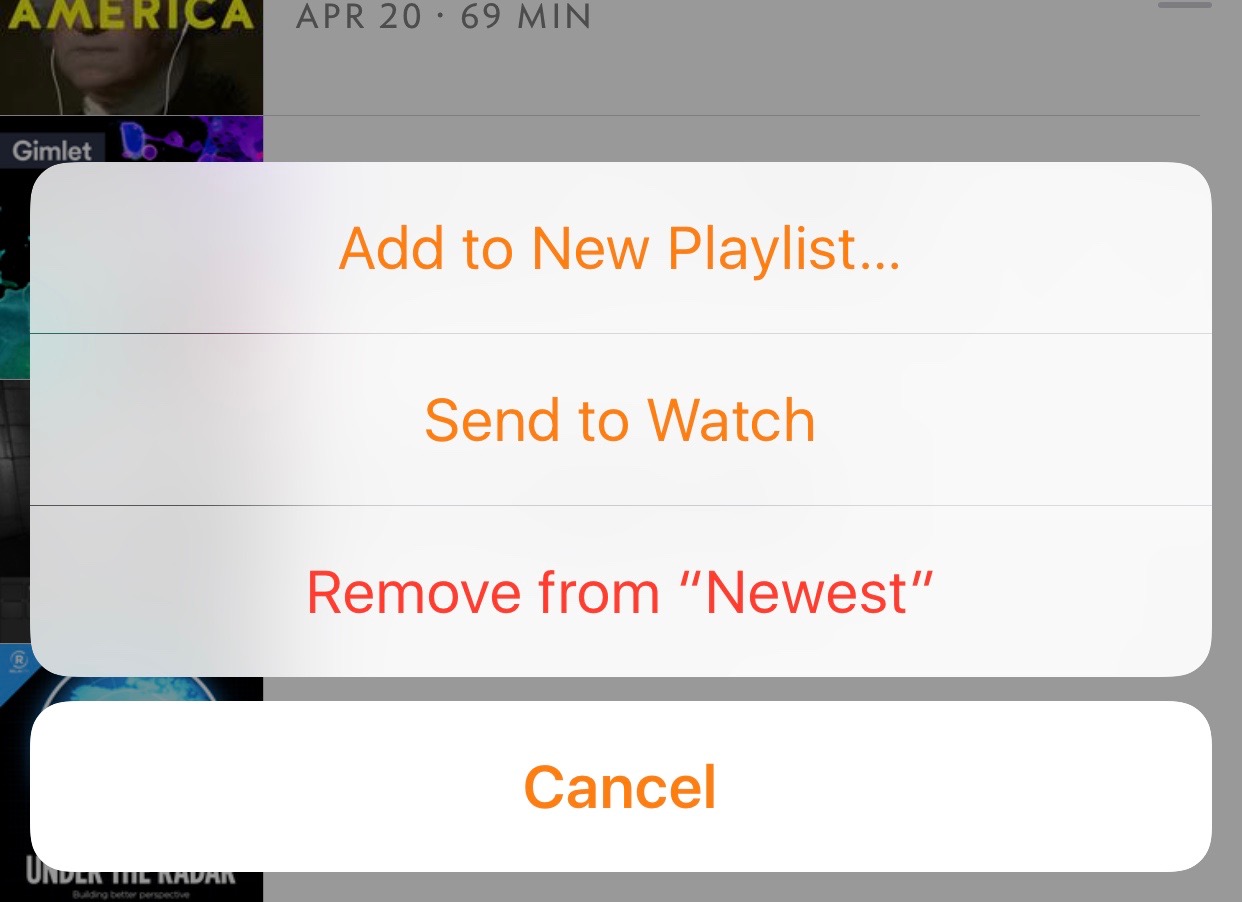 Once an episode is loaded onto the Apple Watch, it can then be played directly from the Watch. The Overcast app essentially has 2 screens now: one for playing back from your phone, and one for playing back from your watch. Note that playing from the watch itself means you need to be using Bluetooth headphones and they need to be connected to your Apple Watch, and not your iPhone.

Playback from the Apple Watch is solid, and easily the best experience I've had with any solution that plays podcasts directly on the Apple Watch. Overcast's advanced audio features like smart speed and voice boost do not seem to be possible on the Apple Watch, so playback is a little less silky smooth than it is on the phone, but it's basically in line with apps like Castro and Apple's own Podcasts app that don't do as much to smooth out audio at more than 1x speed. That said, the fact that the Watch app does play back episodes at my desired speed is wonderful, and again, not something other apps that have done this have allowed.

The biggest issue with this feature is that it takes too long to load episodes onto the Watch. The transfer seems to be done over the Bluetooth connection to the Watch, and it is just a slooooow process. On short episodes it is not an issue. I loaded this morning's episode of The Daily in about 30 seconds, but longer podcasts, especially those that get over the 1 hour mark, are more laborious. It took 7 minutes to transfer the latest Ctrl-Walt-Delete episode (57 minute episode).

I'd love to see Overcast find a faster way to load episodes onto the Apple Watch, and I would love for Apple to give apps like Overcast the ability to tap into SiriKit so I could more easily control the Watch app with my voice. Even with those limitations, I'm quite happy with this initial implementation of this feature, and hope to see it continue to improve.

https://www.youtube.com/watch?v=L2KeTJ0qsBE Two years ago today, I…

Take care of your customers with Smallchat

Smallchat [https://small.chat/] is a new product from Nicer Studio [http:…