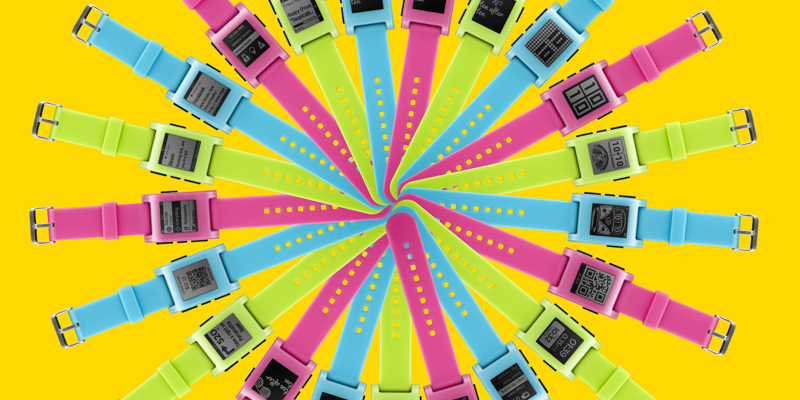 I bought myself a Pebble watch last week. My lovely Fitbit Force is finally being returned after being recalled months ago. I liked the data I got on the Force, but was never truly satisfied with it as a watch. It was very small and required a button press to show the time. Still, I valued the step data so much that I wore it as my main watch for the last 10 months.

Now that it's gone, I realized that I could not go back to just a normal watch. I like knowing the time, but having that little extra bit of information on my wrist was intoxicating. I surveyed the smart watch market and had to make a choice.

I went with the Pebble for a few reasons:

This review will be split into multiple parts, because there is a lot to talk about, especially with all of the Android Wear and Apple Watch news in the past few weeks. Today will focus on running with the Pebble, and later sections will cover notifications, quick-reply apps, Evernote, and watch faces.

I know that running is kind of a weird area to start a smart watch review, but if you want a general review of the device, The Verge, Engadget, and CNET have you covered. This review will be less focused on tech specs and more on how the device actually changes my life in both small and big ways. 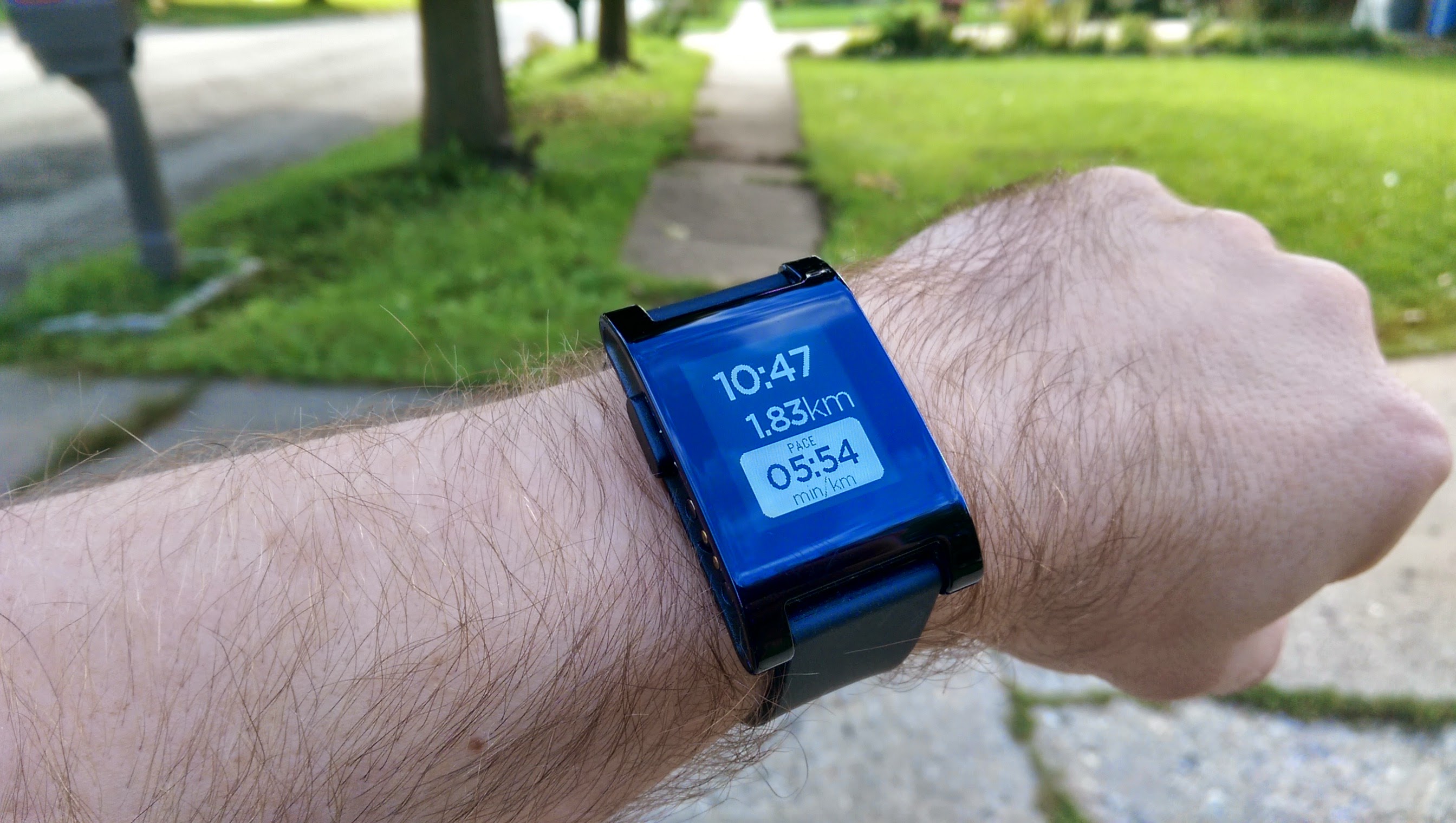 I have taken a few runs while wearing my Pebble and I can't imagine going back. My run-tracking app of choice is RunKeeper, which has an amazing companion app for your Pebble. I didn't even have to install anything at all to get it to work; all I did was start a workout on my phone, and my Pebble immediately switched to RunKeeper.

The app is pretty simple, only showing your time, distance, and current pace, but that's really all you need. Maybe a bigger, color screen watch could show me a map of where my next turn was or something like that, but that's not something I use in the phone app, so it would be overkill for me. This select array of information is all I need to know when I'm just trying to get an idea of how I'm doing.

My overall experience was great! I love that the app just opens on its own when I start to run. It creates literally no extra friction to my workout routine, which is hugely important for exercise (even the smallest bit of friction can stop you). I also like that RunKeeper doesn't take up one of my precious 8 app spots on the watch. I don't have to keep it there at all times in case I decide to go for a run. It's there when I need it and is gone when I don't.

As I will get into in a later part of this review series, I live the e-paper screen on the Pebble. For runners, this means that your Pebble is actually at its most easy to read when outside, unlike your phone (or other smart watch) that is harder to see. It's glance-able information, not glance, hold still, and focus information.

While I do enjoy the app's simplicity in information, I wouldn't hate to have a little more control over my run from the watch. As it is now, you can pause and restart your run with a tap of the watch's "select" button. What I wouldn't do to be able to have the ability to also end a run. If it could do that, each activity could be saved to your account without ever taking your phone out of your pocket.

As of this writing, I think the Pebble is the best running companion you can put on your wrist. I dream of the day when I can leave my phone at home (I am always at least a little afraid that it's going to bounce out of my pocket and smash on the ground) and have my watch do it all, but until that day comes, I am quite happy with what the Pebble enables.