It’s camera comparison time again, people! If you know anything about me, you know I love doing these, and spent a good portion of lat 2017 comparing the iPhone 8 Plus and Pixel 2 cameras in a whole host of blind comparisons. This year the Pixel 2 is gone, and I now have an iPhone XS that I’ll be comparing to the iPhone 8 Plus for a little while1.

Why the iPhone 8 Plus? Well, that’s the best camera in any iPhone up until the XS this year. I know, the iPhone X had a stabilized second lens, and was therefore technically a smidge better, but I don’t have that phone and therefore will try to not do any comparisons where that technical detail will make a difference.

The settings for both cameras was set almost exactly the same: 12MP and Live Photos on for stills, and 4k 30fps for video. For each shot, I simply framed the shot and snapped the picture, so I left it up to the camera software to figure out what the best things were to expose and focus on. The one difference is that I somehow accidentally turned off Smart HDR on the iPhone XS, which conceivably could have lead to even better photos. Oops!

This is a fun test because it has each camera at its worst and sees which one can salvage something more usable. If you want me to test something specific between these two cameras again, let me know on Twitter.

This video was shot an hour after sunset in basically no light. These are terrible conditions for video, so neither looks amazing, but I think the jump in quality from the 8 Plus to the XS is rather dramatic. The XS gets far more details out of the darker areas than the 8 Plus. That first shot, in particular is hugely different.

From here on out, all photos will be the XS shot first, then the 8 Plus. 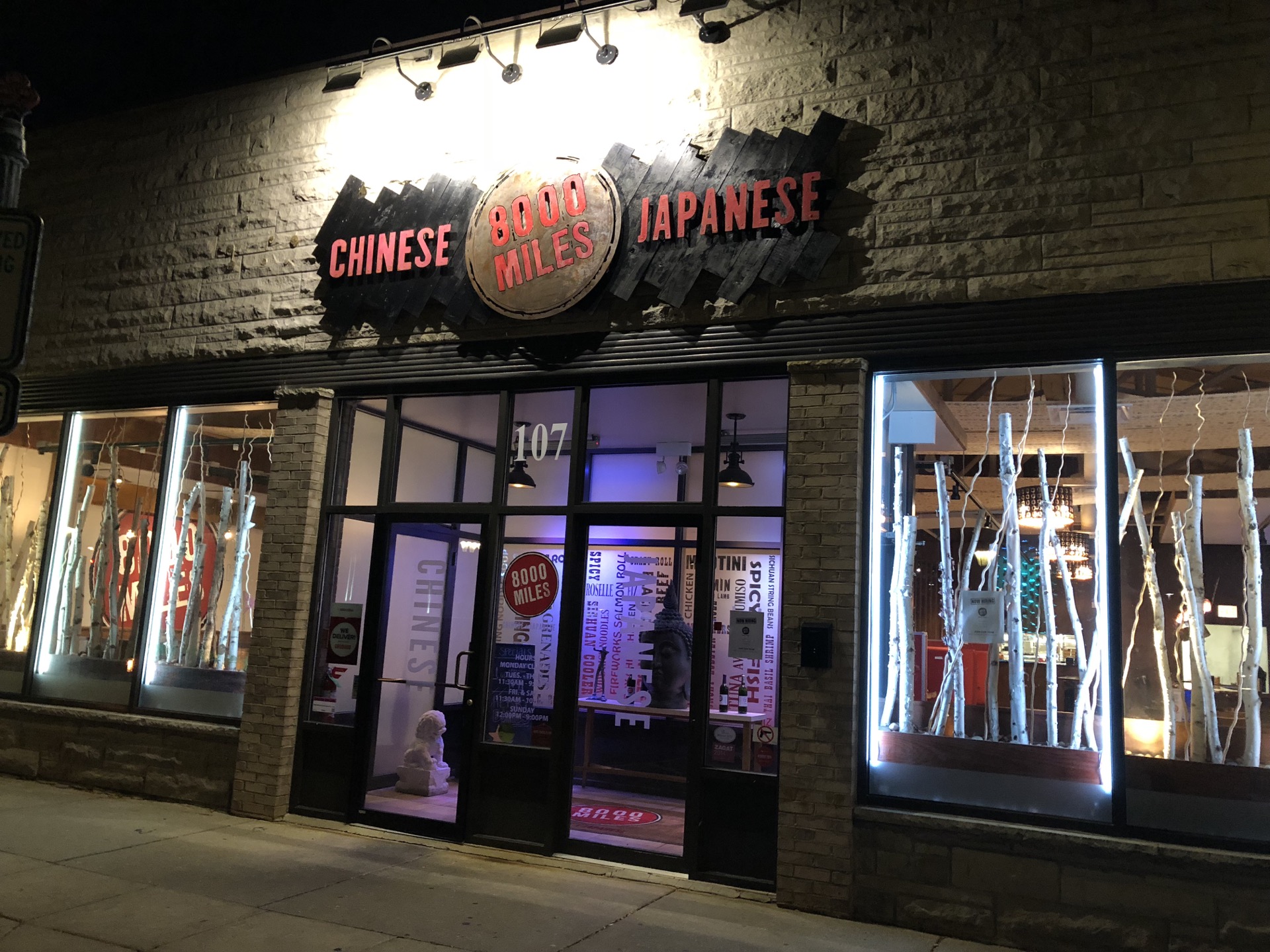 The iPhone XS does a much better job of not blowing out the highlights here. 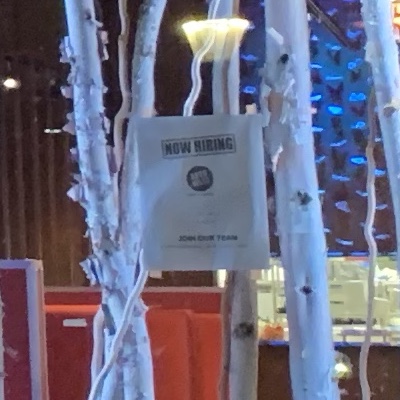 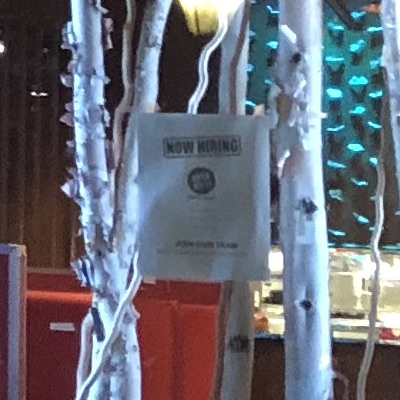 Zooming in, we see even more details in the XS shot, as well as a notable color difference in the blue lights. 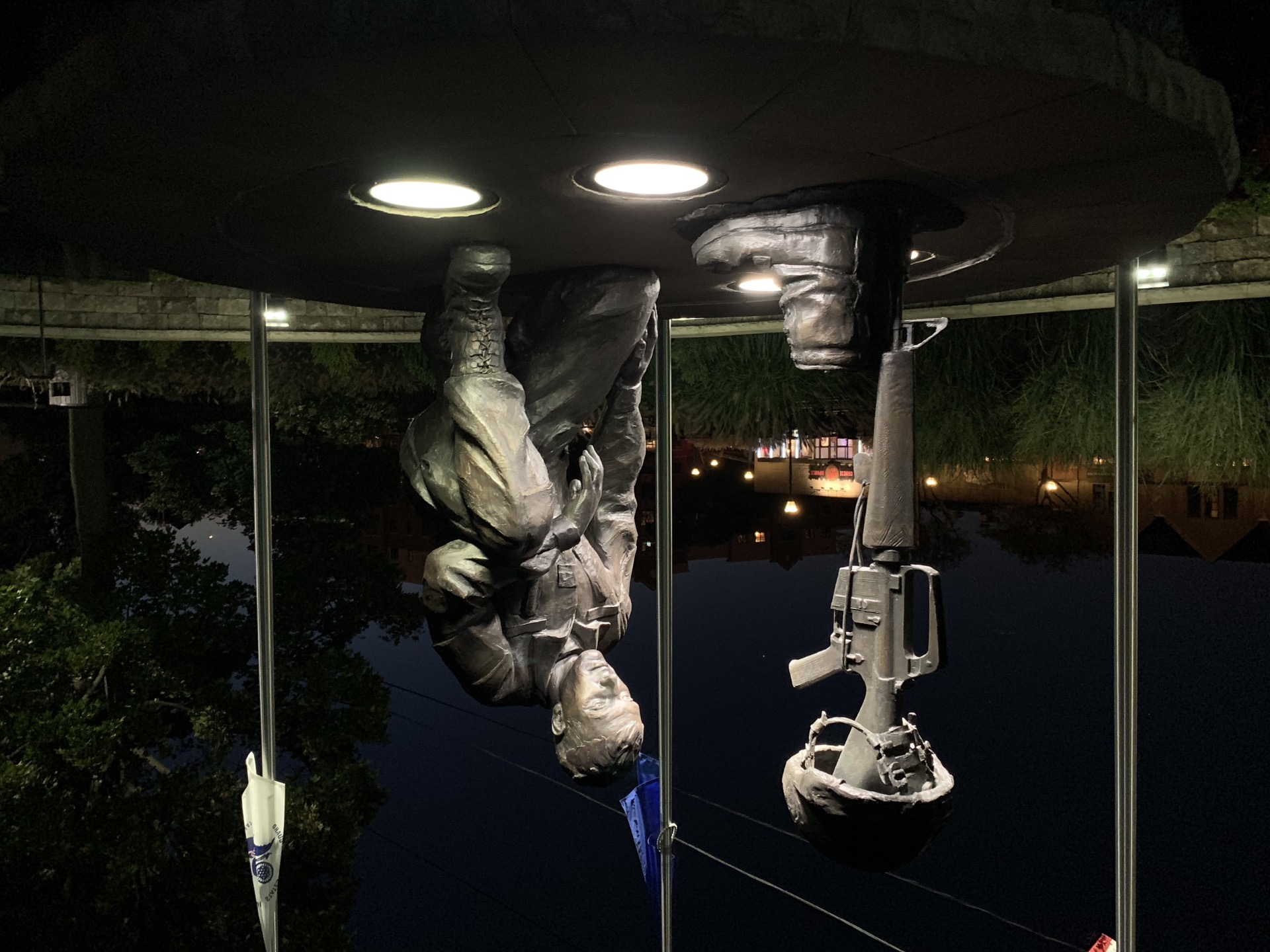 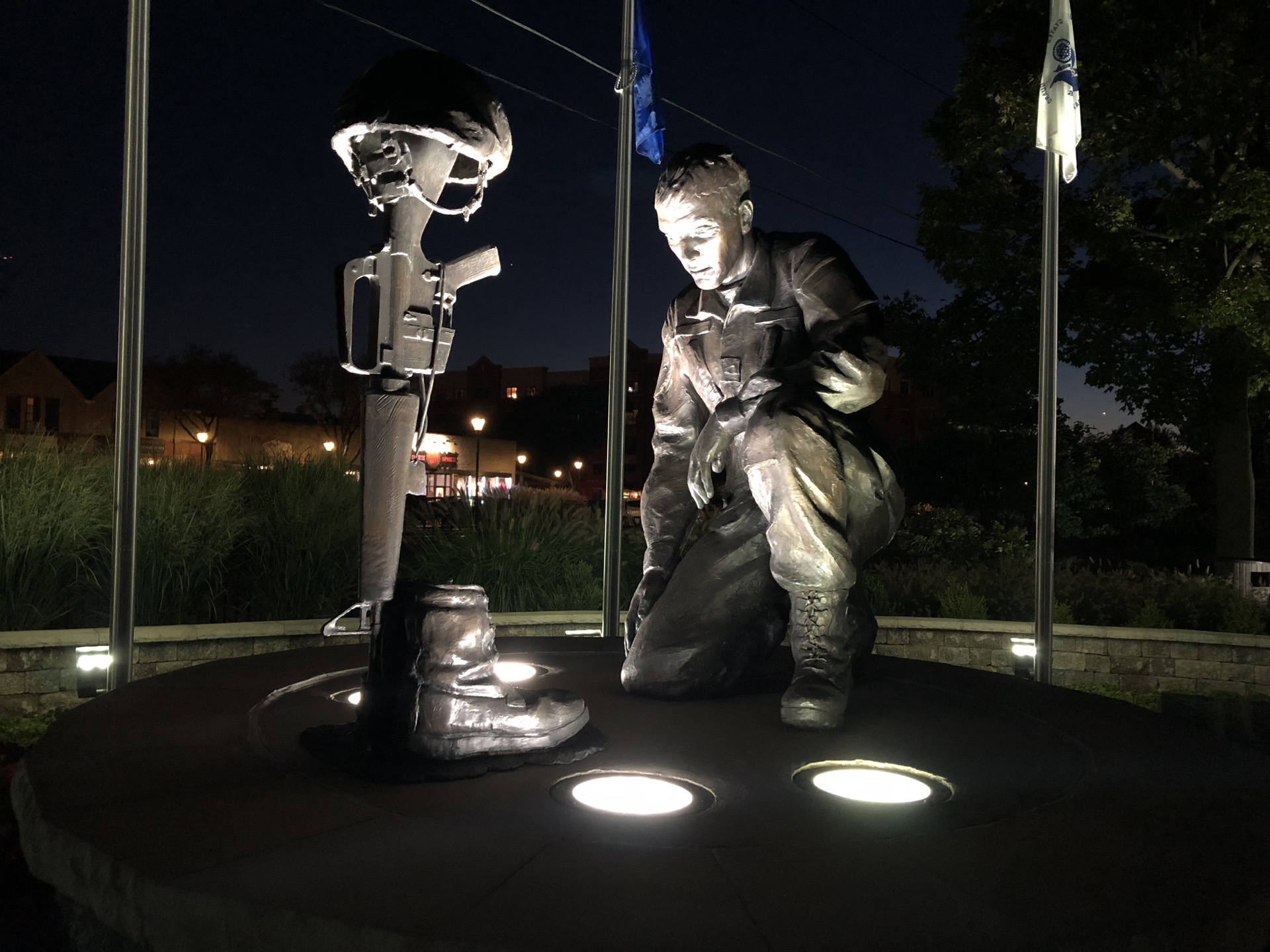 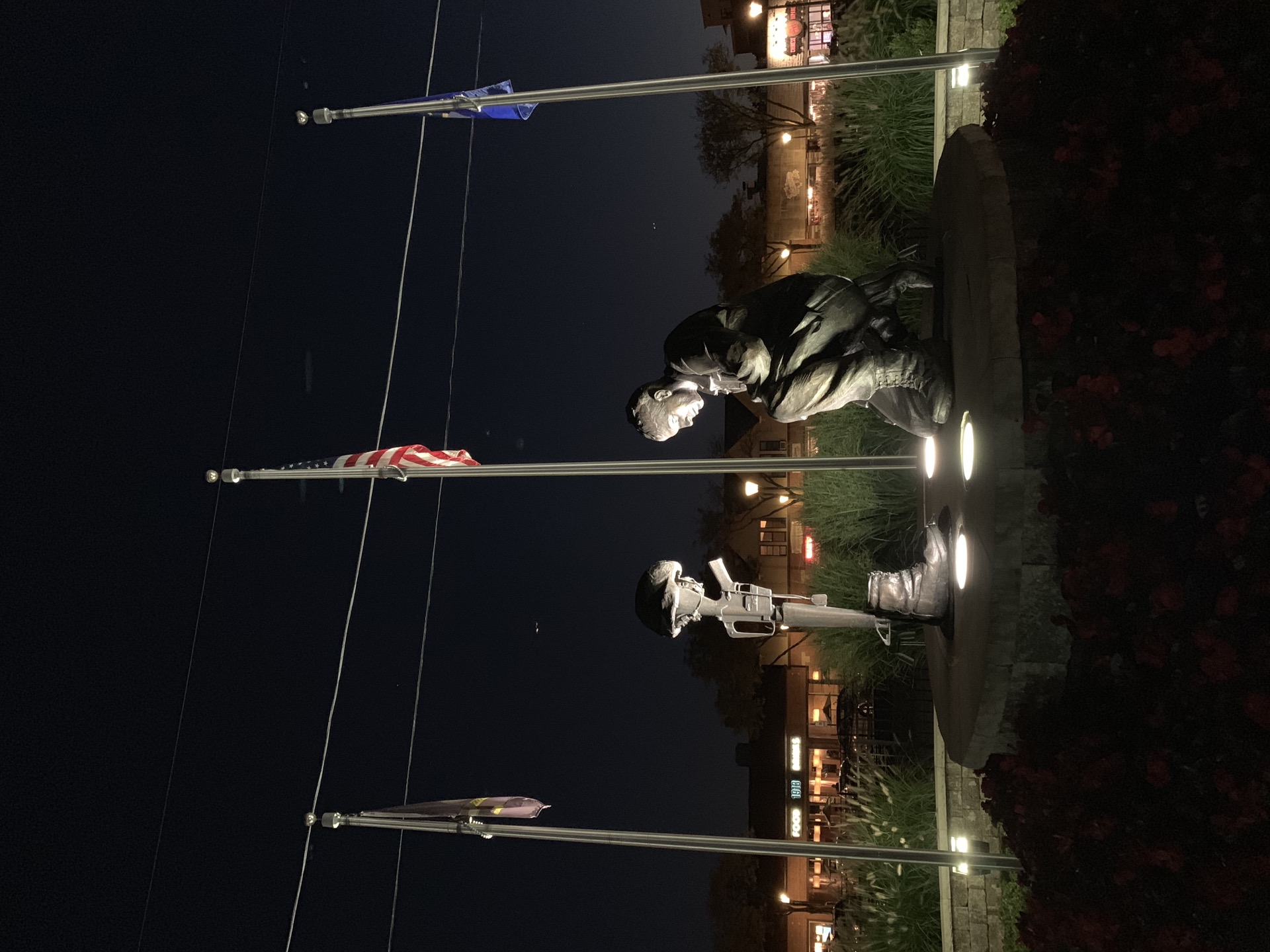 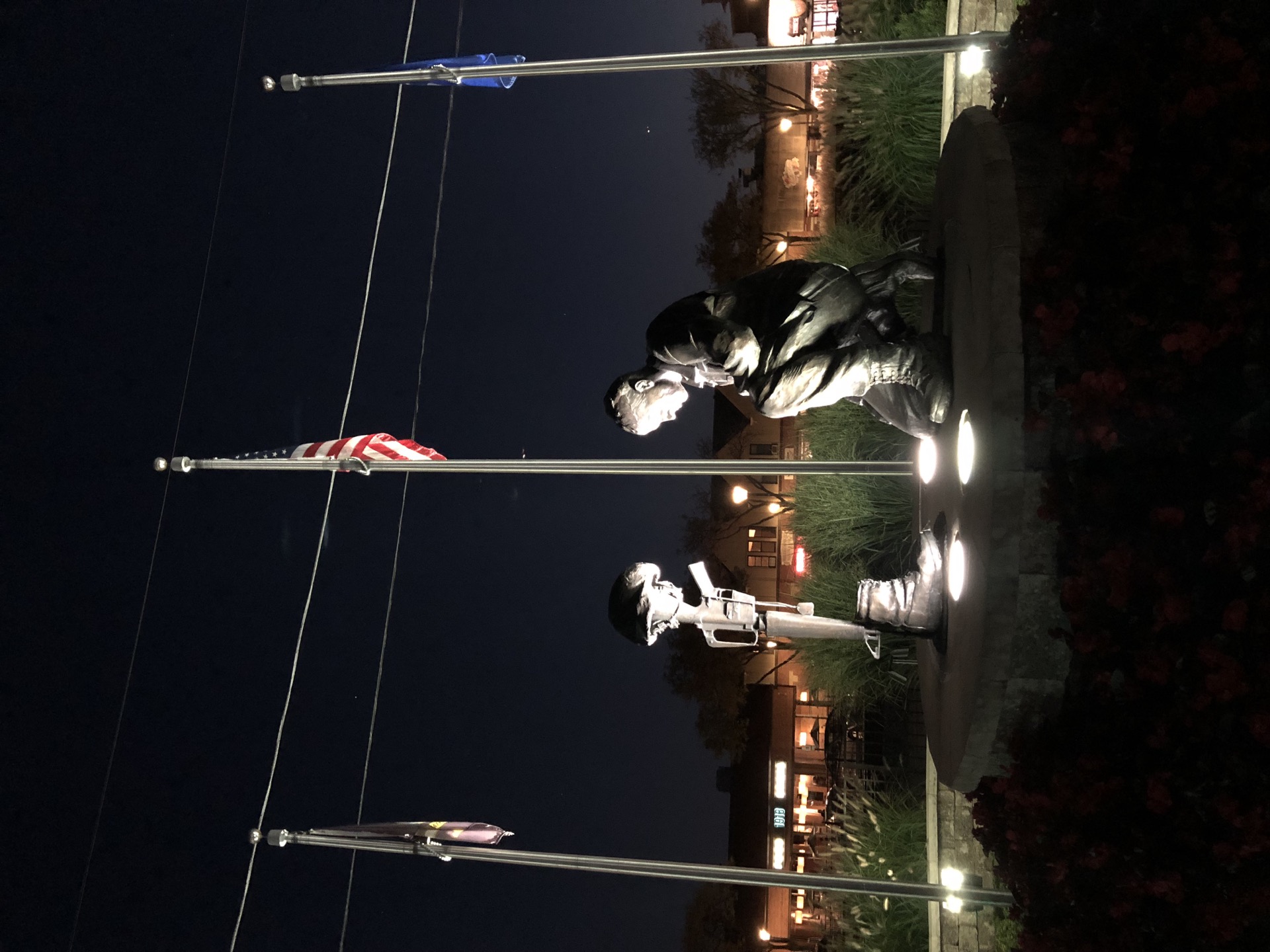 Similar story here, as the XS salvages the highlights better (again, remember that Smart HDR was off during these shots). When it comes to the shadows, it’s a toss up to me. The first image looks much better on the XS, but the shadows at the bottom of the second shot look better on the 8 Plus. I also think the colors in the flags pops a bit more on the 8 Plus photo, while the XS is a little more subdued.

House from across the street 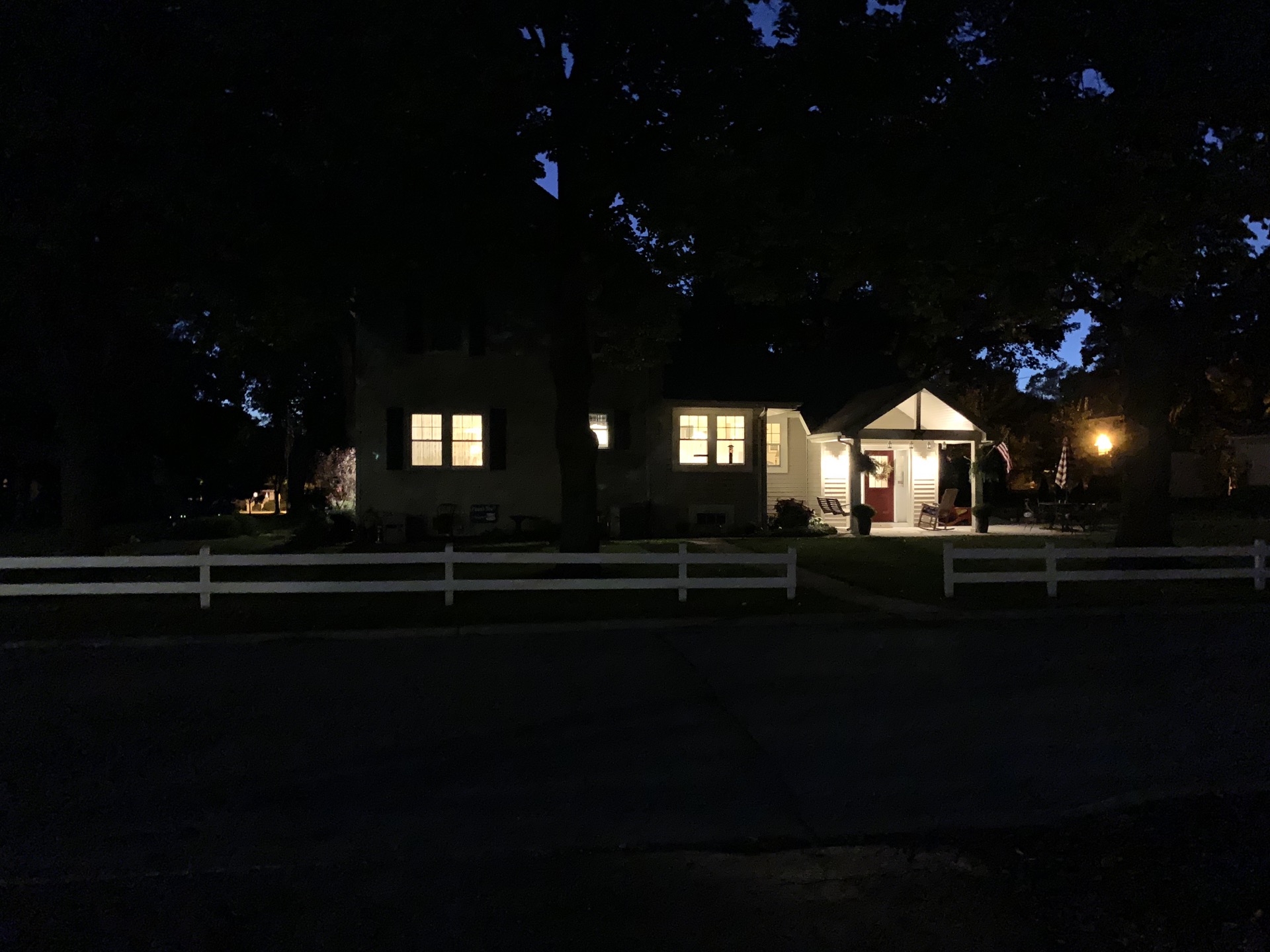 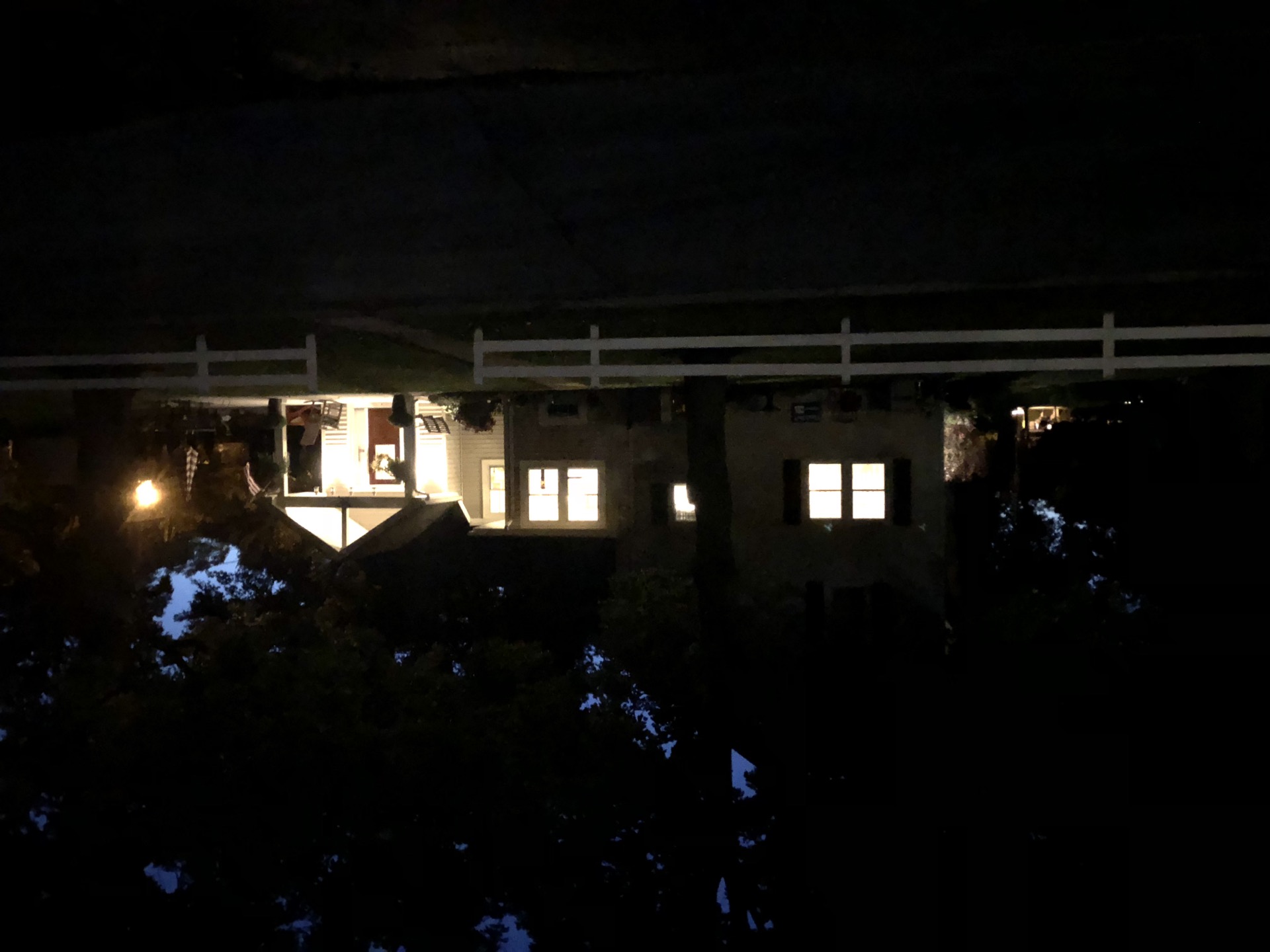 This one is a huge win for the XS again. Highlights continue to be a big win and the shadows are way better as well. The iPhone 8 Plus’s shot looks like a smeared mess while the XS looks rough, but much less aggressively smudged in a vain attempt to clean things up. 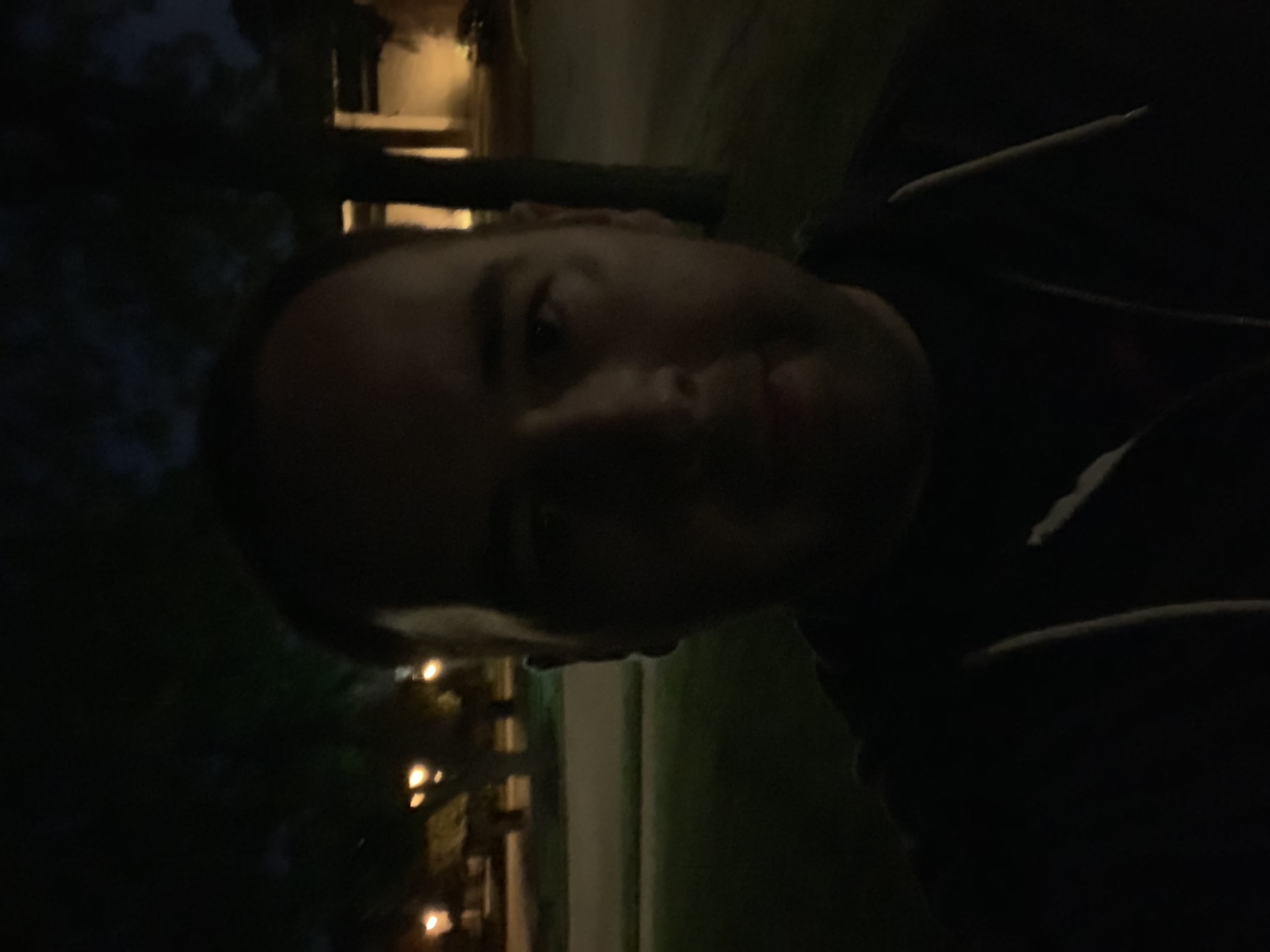 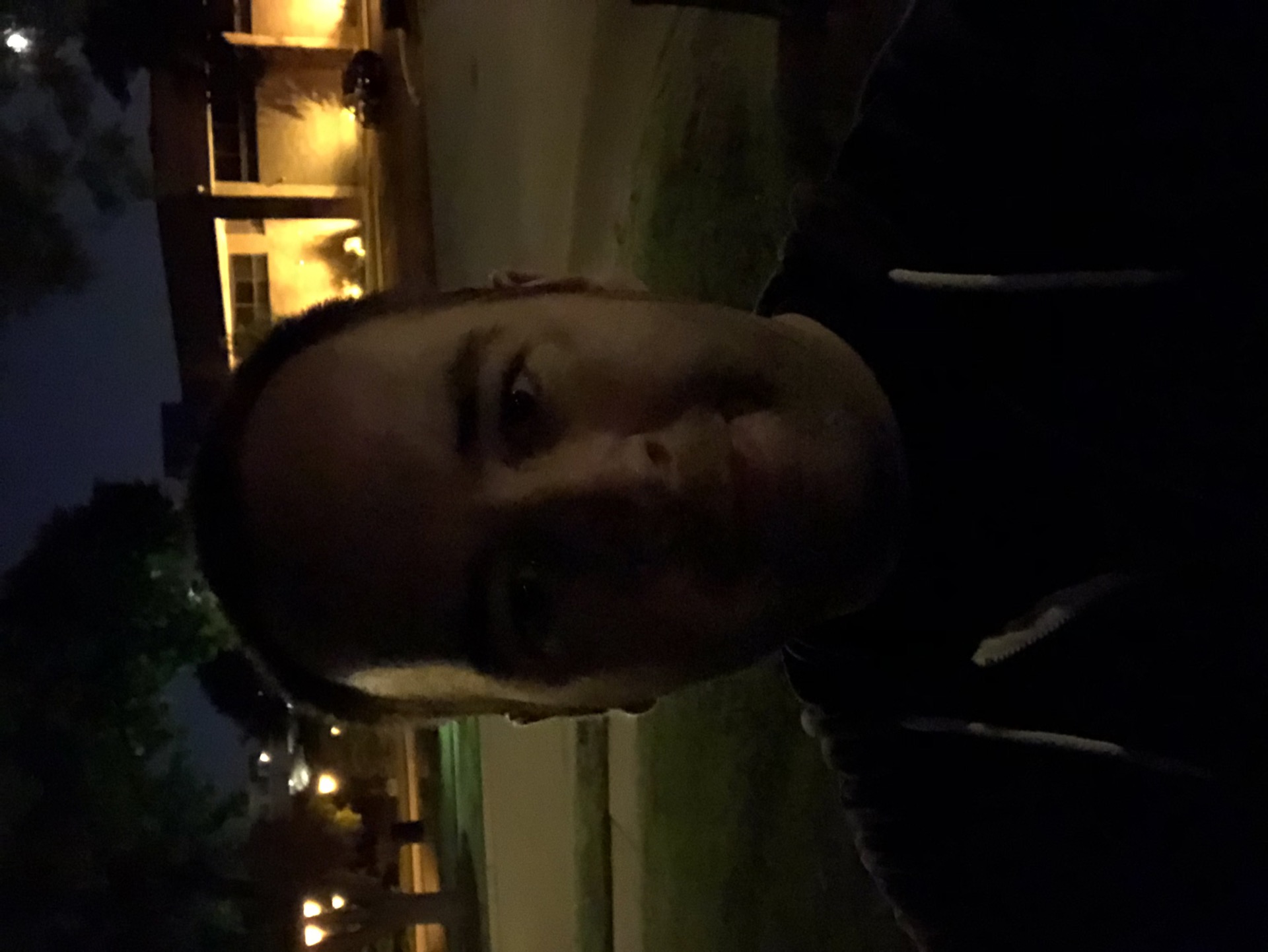 I took a few of these and they all told basically the same story: they’re terrible. This is a situation where you absolutely would want to use the flash because this is straight up garbage town. I would never share either of these outside of a blog post like this, but if I had to choose the 8 Plus has a little more light on my face, so I’ll go with that.

Oh, and if you think “this is as good as a phone can do these days,” I’ll reference you to this selfie I took with the Pixel 2 last year around this time. Same conditions and a way better shot. Even barring for there being a light closer in that one (these were a year apart, after all) I would expect better from the iPhone XS. 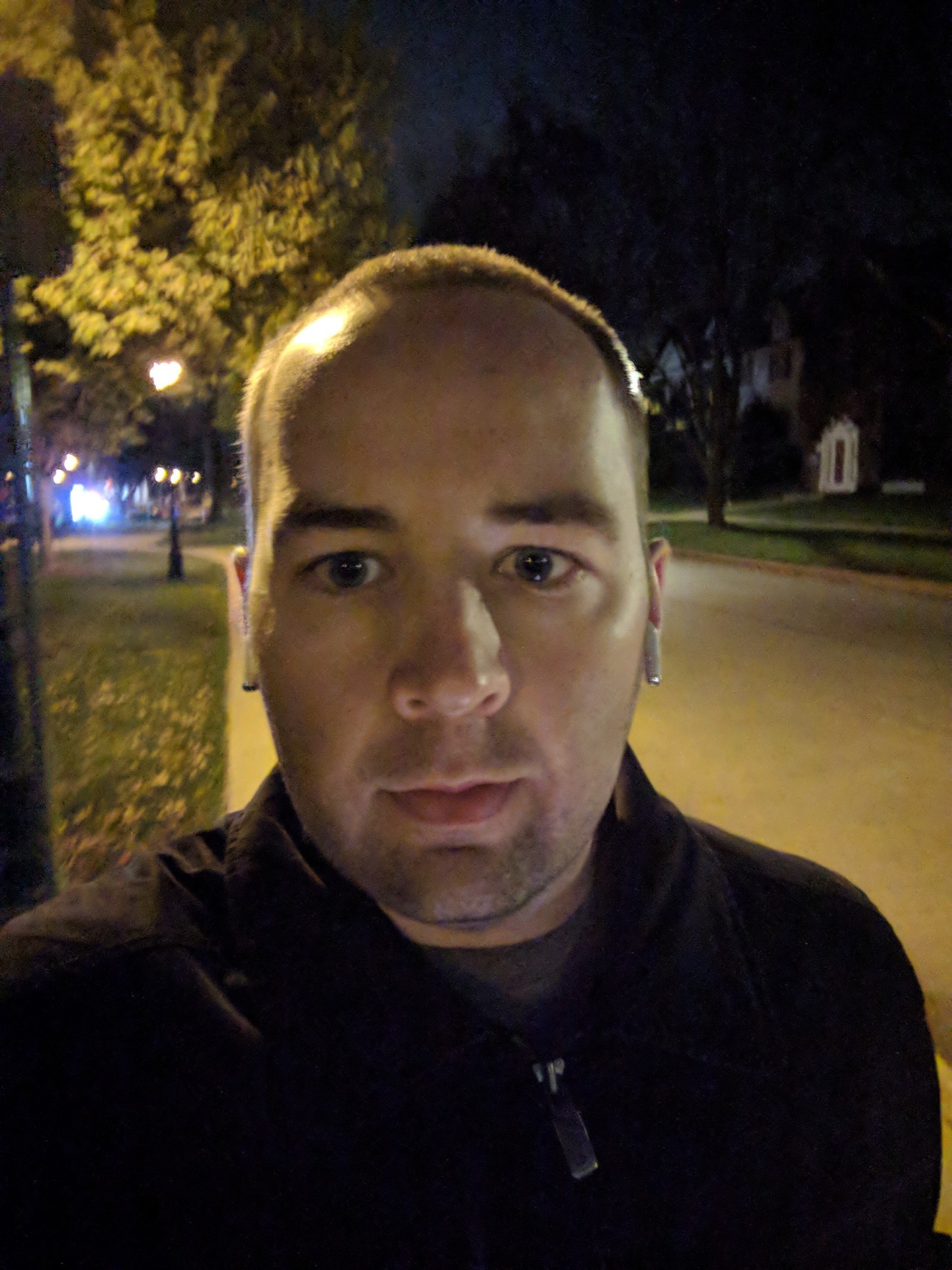 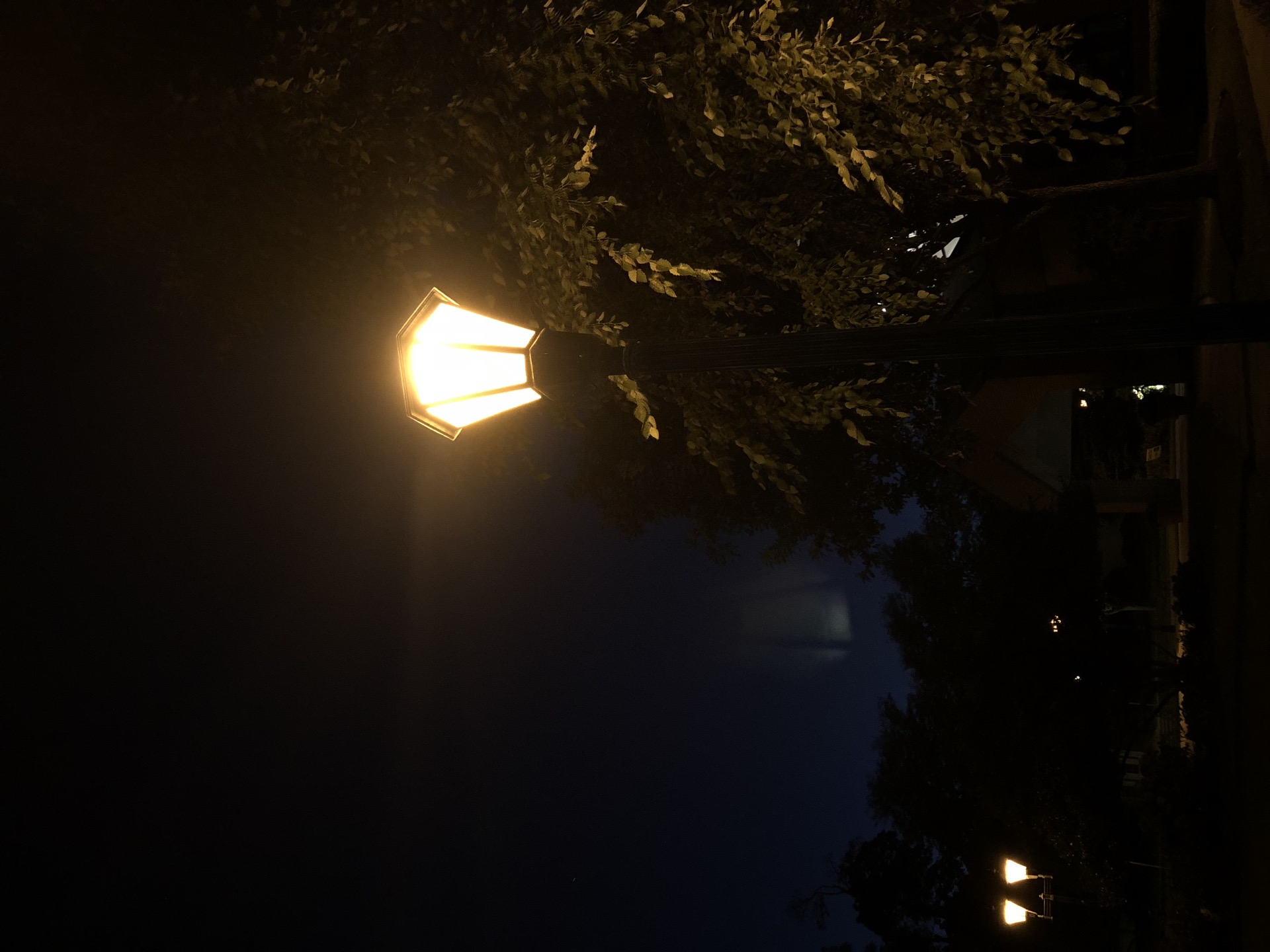 As kind of expected by now, the XS wins in terms of handling the bright light, and it also maintains better details in the background. The XS is noisier in the shadows, but I’ll take that over the smug party on the 8 Plus. Zooming in to full size shows this off pretty well. 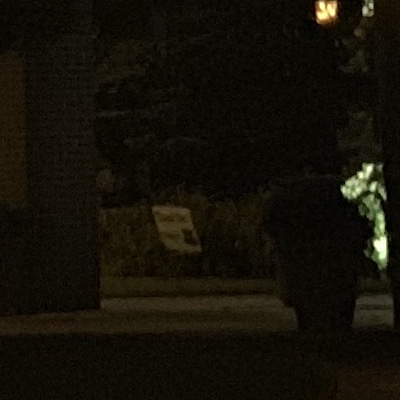 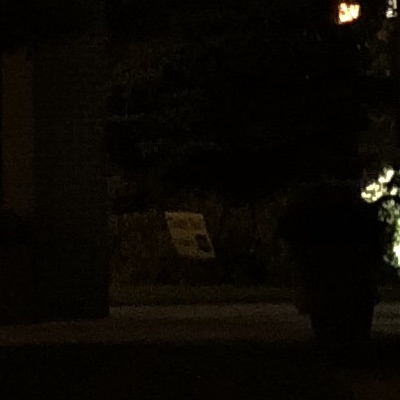 Again, not brilliant on either front, but better on the XS.

Telephoto to the moon 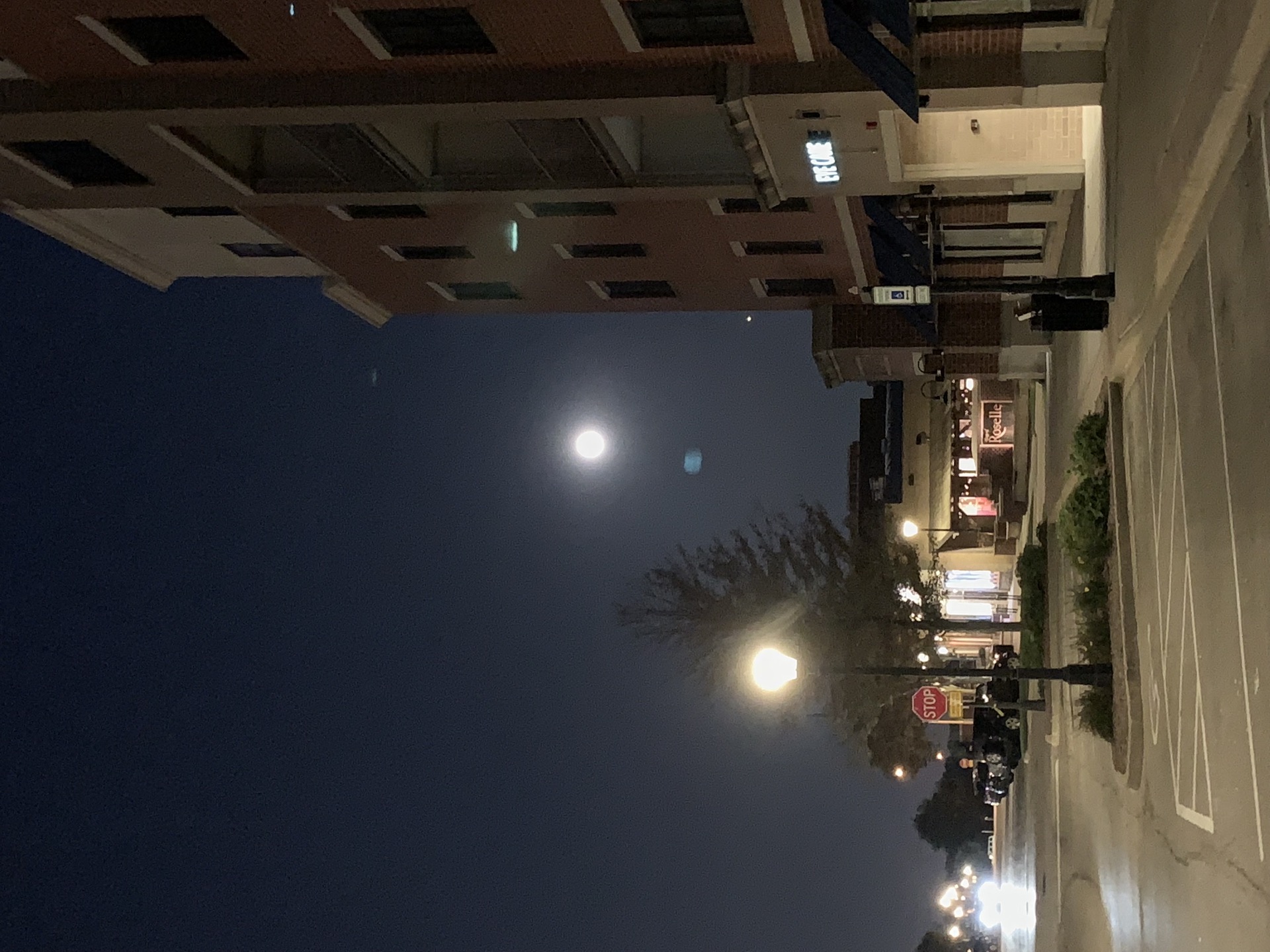 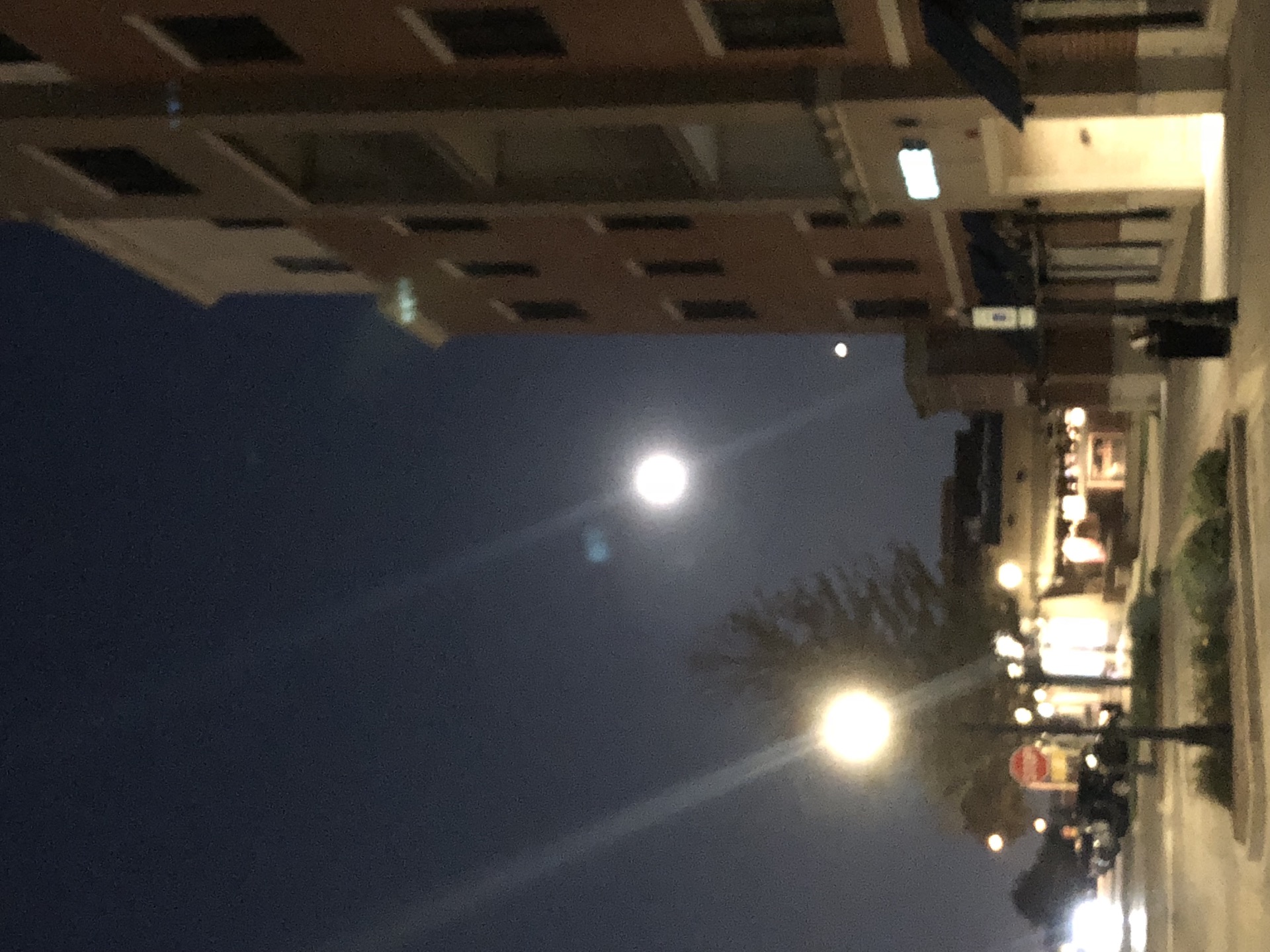 This test might be a little unfair since this shot is indeed using the telephoto lens, but I rested the phone on a bench to take this shot to try and eliminate any unnecessary wobble.

The difference is frankly startling. The iPhone 8 Plus creates what can only be called an Impressionistic work, with swirls and smudges dominating the shot. The XS has some noise, but at least you can make out exactly what is actually happening here. 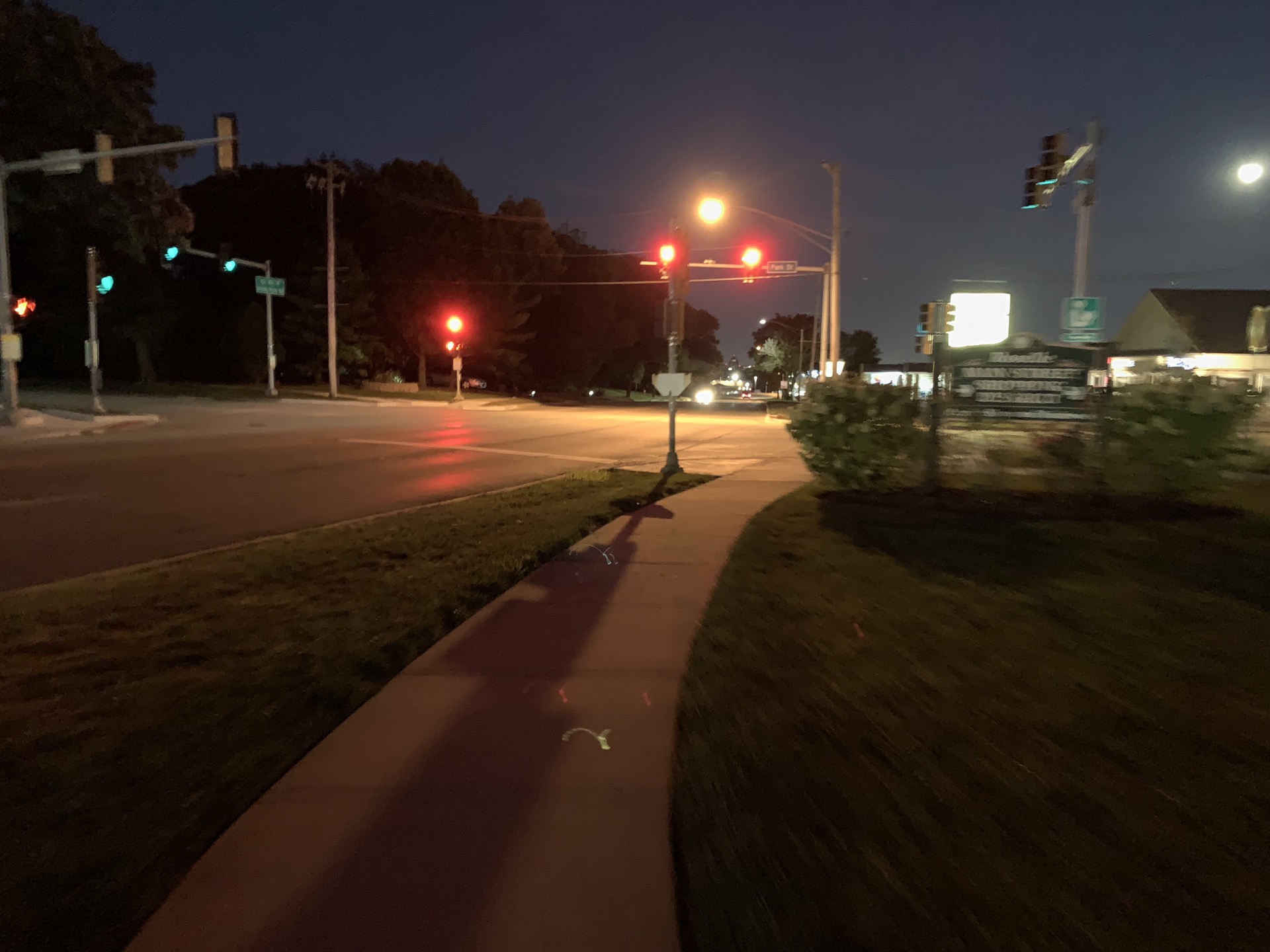 And finally, because I actually wanted to test camera wobble, I took this one while jogging. I held them as steady as I could, but I was moving along at a pretty good clip. Take a look at the light trails in the iPhone 8 Plus shot and compare them to the basically stationary lights in the XS one. The difference is dramatic, and while each photo is bad, the XS salvages more here.

The Mac's Draw is More Than Automation (podcast #129)

Shortcuts is a major step forward in automation for iOS. But there…