I’ve already compared the photos and videos that the Google Pixel 2 and Apple iPhone 8 Plus can produce, but those test were all in good conditions. the sun was out! Both cameras did well in those conditions, but maybe we can get some more difference in their performance when we go out and take one photos at night!

Below are 10 photos and one video I took last night that I think really put these cameras to the test. Just like my previous tests, these photos were taken with the stock camera apps and have not been retouched at all. Also, because the focus point is harder to get automatically at night, I also made a point to focus on the same exact spot in both shots. All images have been downsized to 1600 pixels wide/tall max so that this page isn’t over 100MB, but you can download all the full size images here (96MB ZIP).

For each image, the iPhone is first and then the Pixel is below it.

Let’s get the bad stuff out of the way first. In fairness, this test was in almost pitch black, but it’s interesting to see how each camera behaves when put in a position where it simply can not get a good image. The Pixel cranks saturation way, way up to create a video that frankly looks horrible. That may be the loudest noise I’ve ever seen in video. On the other hand, the iPhone has much less noise, but it’s too dark and a lot of detail is lost. Anywhere with lighting looks better and there is much less noise, but anything in the dark is completely lost.

I’m not happy with either of these, but if I had to choose, I think the Pixel got me a video that would be more useful. If this footage needed to be used in a courtroom, for example, the Pixel footage would make for better evidence than the moody iPhone footage.

The good news is either of these images could be adjusted by manually changing the exposure while shooting, but this was a test to see what they did on their own. The Pixel wins this one. The sign is ever so slightly crisper, the sky is less grainy, and the lights are less blown out. 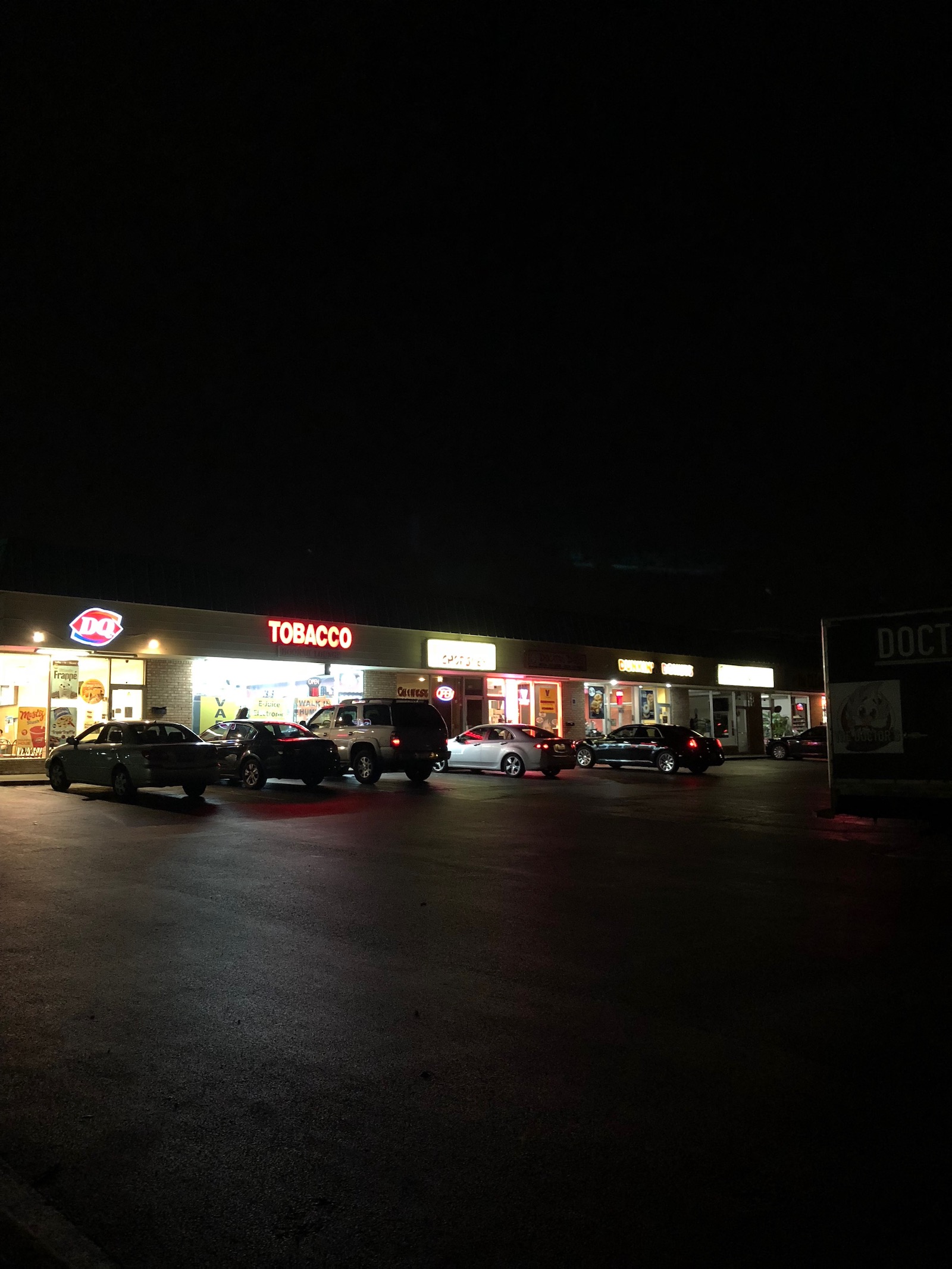 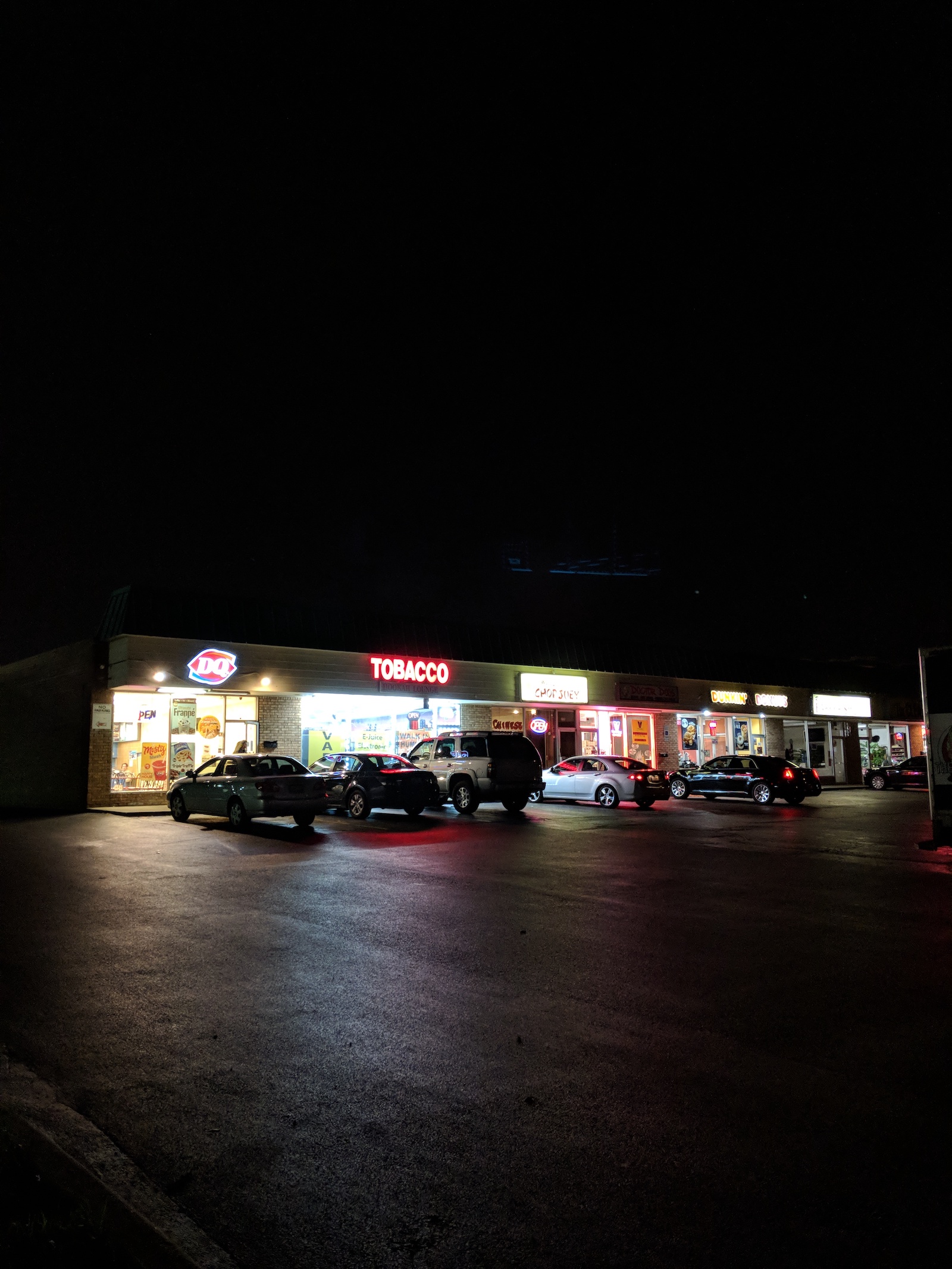 The Pixel edges out the iPhone on this one. Neither shot is great, but the Pixel’s aggressive clarity boosting makes the asphalt look a little nicer. The iPhone wins by a mile here. The darkness really seems to confuse the Pixel when it comes to its portrait mode. I set the silver button as the focus point on this image and I tried a few times but was simply unable to get the Pixel to give me anything better than this. The iPhone did a shockingly good job on my one and only try. 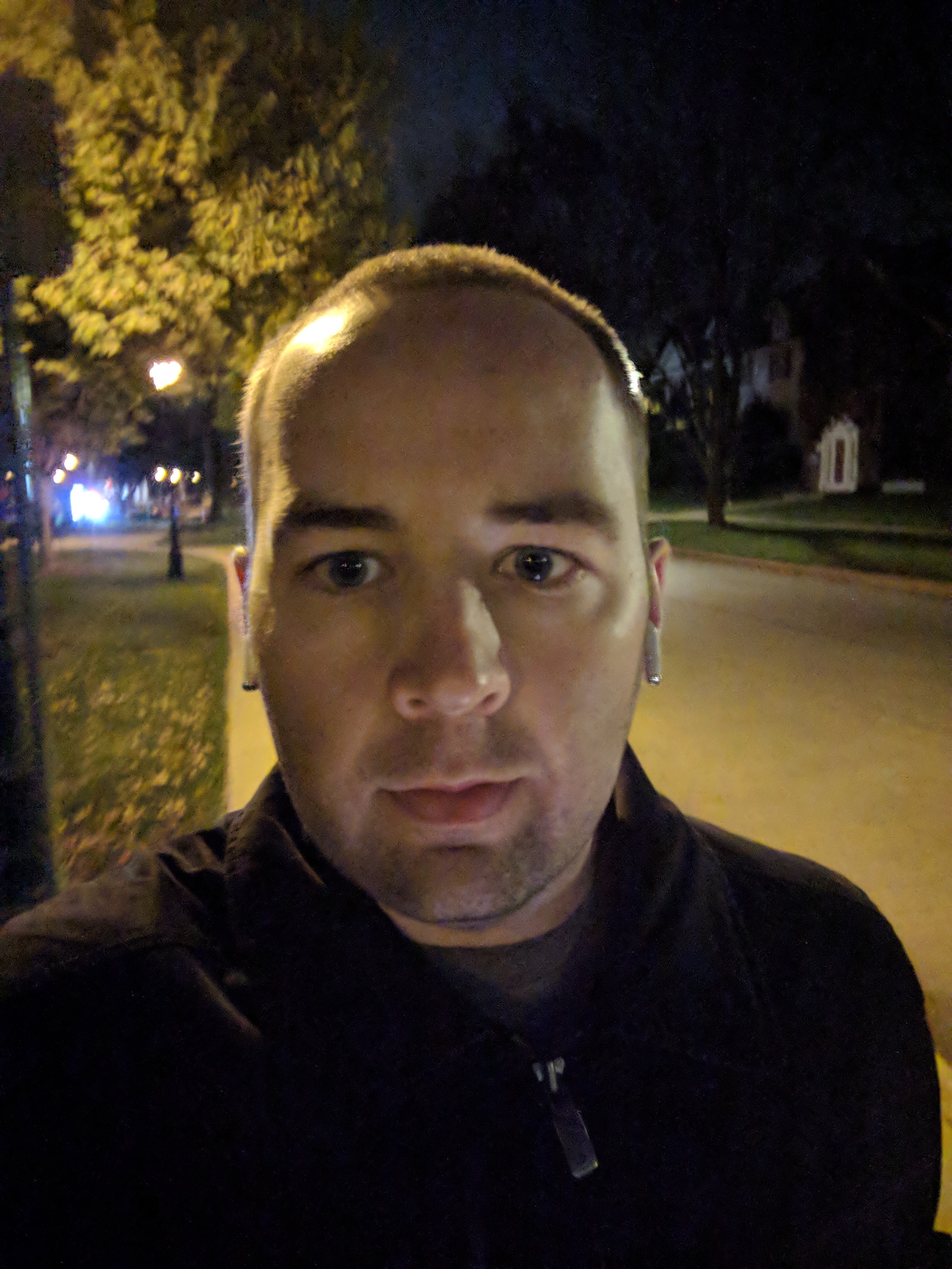 I’ll give this one to the Pixel as well. It’s being more aggressive with exposing for my face, which is exactly what I want. The iPhone may be more realistic, and neither camera is sharp by any means, but the Pixel sucks less. 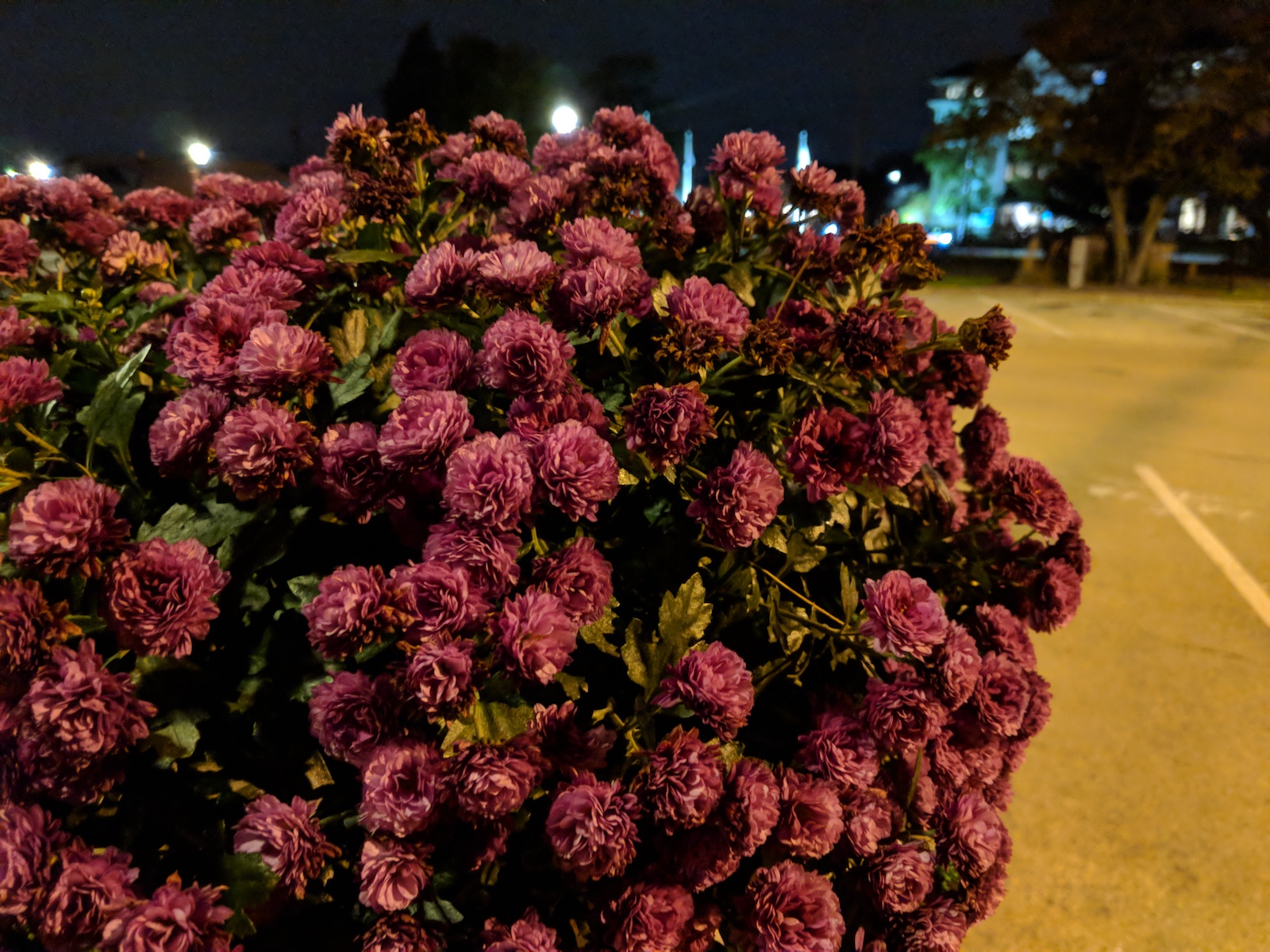 This one goes back to the iPhone. I don’t know what happened to the color in the Pixel’s image, but that image looks bad. The iPhone captured much more accurate color here and has less grain the background. This one is close as well, but I’ll give it to the iPhone. The color is more true to life (that is not a yellow light) and the texture on the wall is basically identical. 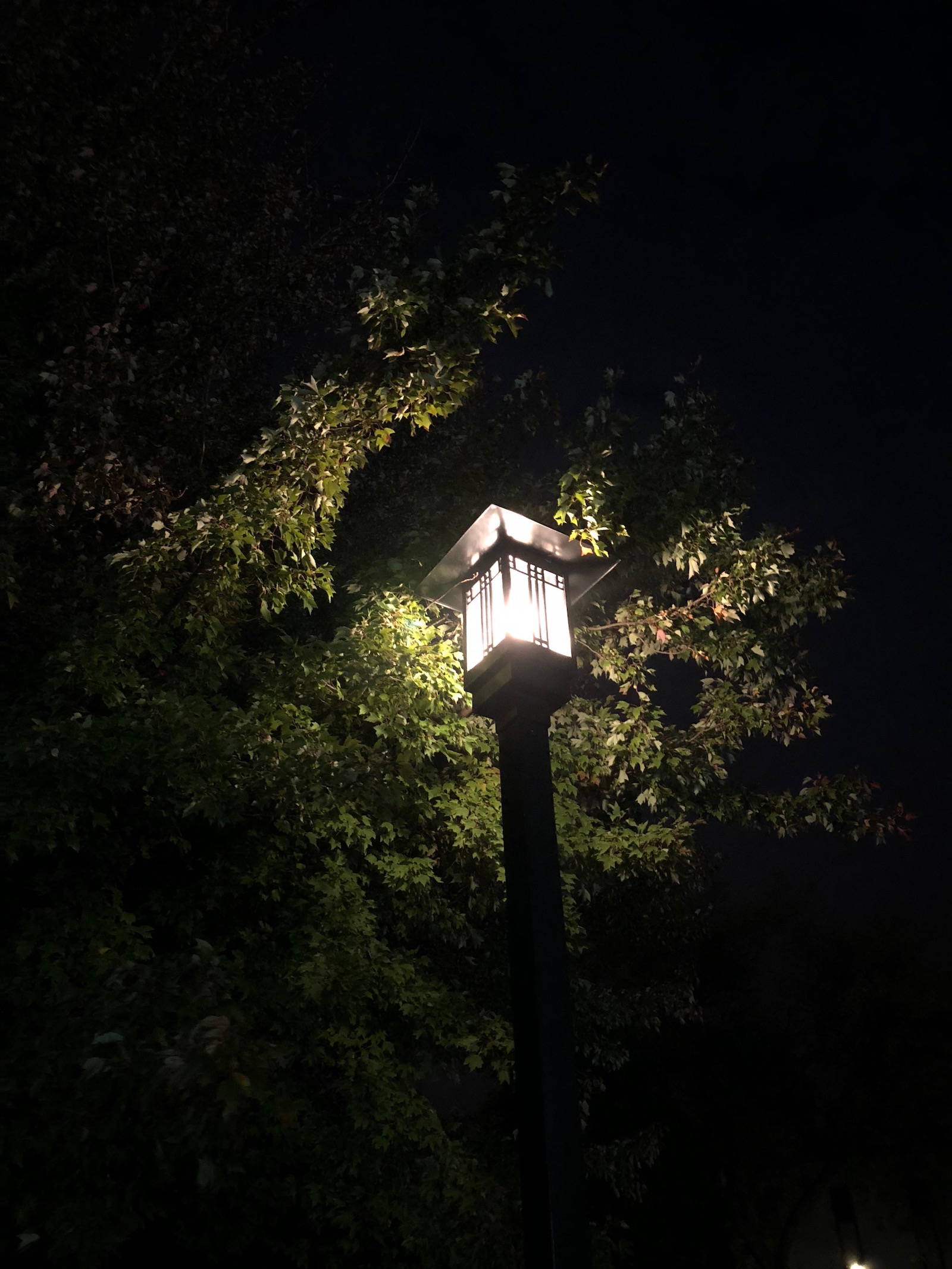 This one goes to the Pixel. I set the light as the focus point on both images and the Pixel did a better job of exposing correctly so I can see the entire light enclosure. The iPhone shows a little more of the tree (since its exposure was set slightly higher) but I think the image out of the Pixel is more pleasing and captured the moment better. This one is basically a draw, as personal preference really is the deciding factor on this one in my opinion. I personally like the iPhone’s shot as it looks more realistic and there is slightly less grain overall.

This is another complicated one. I think the Pixel does more to make the lights less blown out and the image is sharper overall, but these very yellow-ish night shots are not appealing to me. I’ll give it to the Pixel, but I’d likely shift the hue on that before actually sharing with someone. 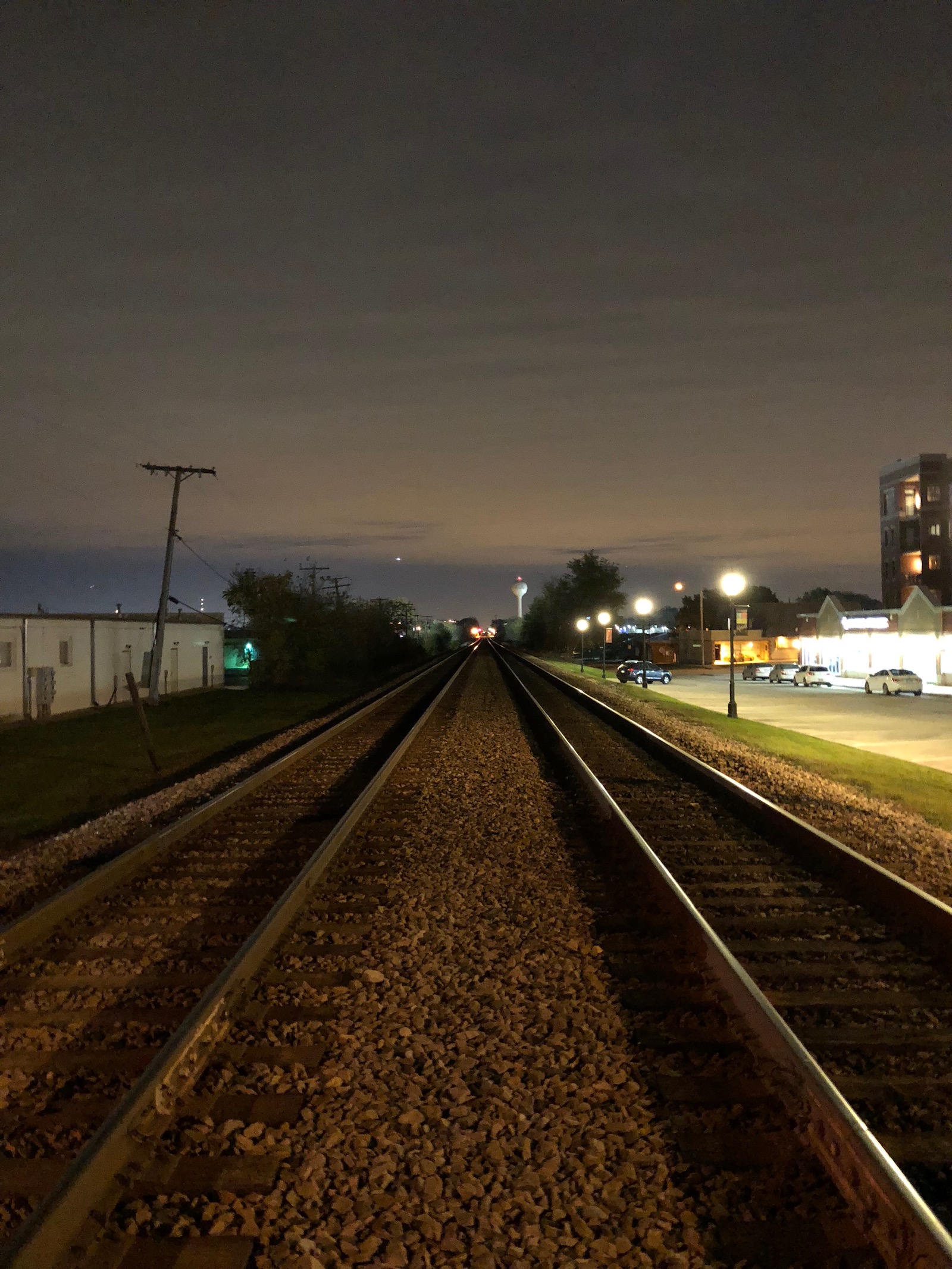 The BirchTree Podcast #39: The Pixel 2 camera