What happens when you try to charge your iPhone wired and wirelessly at the same time?

On Tuesday night the Verge tweeted out this clip about whether or not you can charge your iPhone 8 faster by plugging it into the wall and also placing it on a wireless charging pad.

They didn’t answer the question in the clip, but other news outlets have reported on this as well. Their conclusion: no it won’t go faster, but it won’t make your phone explode either. But I don’t see anyone who actually tried this for a full charge, so I decided to do it myself. Here’s the results (details below): 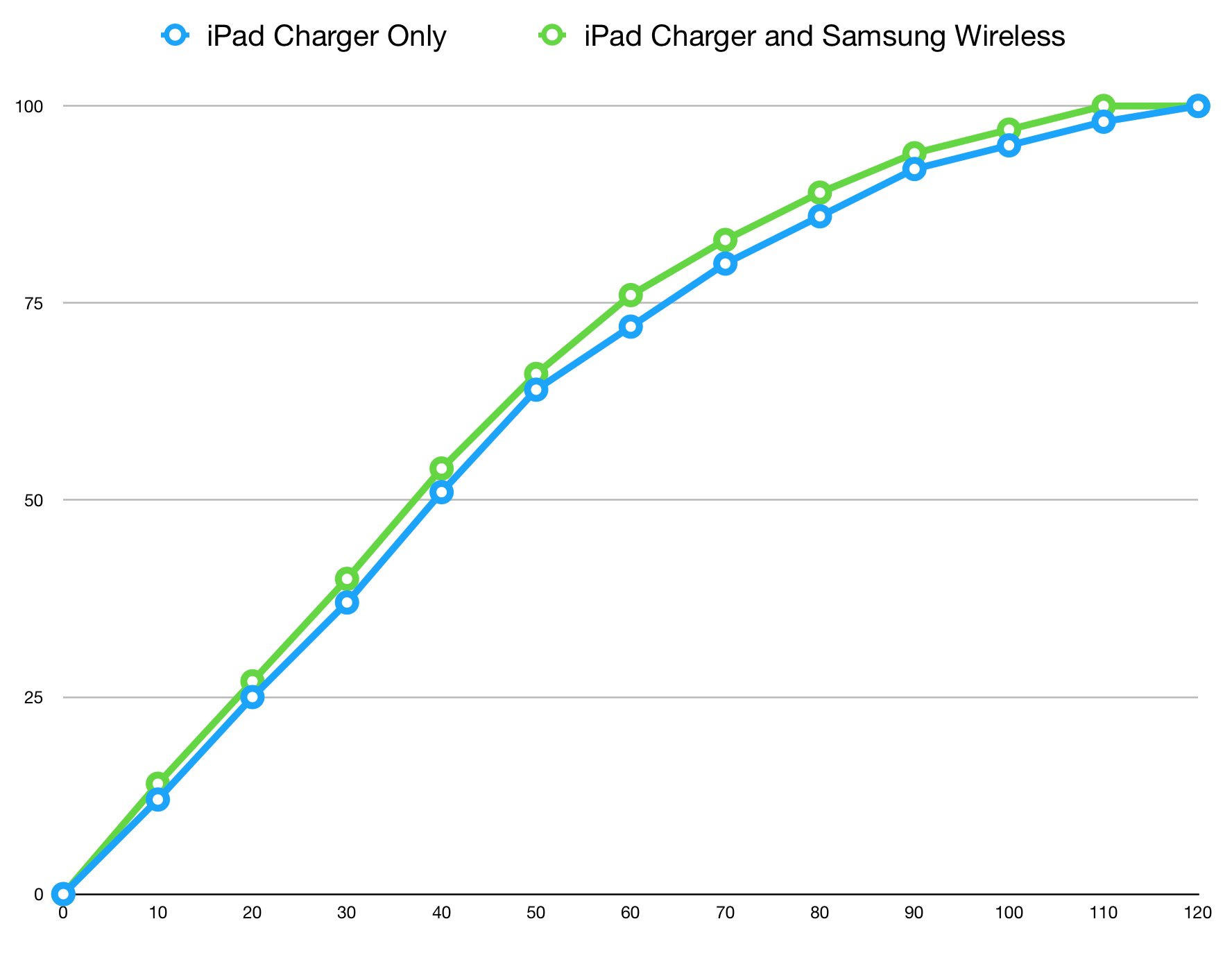 As expected, there’s not much difference and my phone did not explode (or even get warm), but at first glance it looks like there’s a little something there, right?

I ran this with the iPhone 8 Plus sitting on a Samsung Fast Charge Wireless Charging Pad and plugged into the iPad charging brick (AKA the Apple 12W power brick). I’ve tested both of these before, but never at the same time, mostly because I’m a sane human being, but this test was worth losing that sanity for a couple hours.

The iPhone did indeed maintain a lead 100% of the time in this 2 hours test. The combo charging solution got off to a quick 2% head start in the first 10 minutes, and maintained a 2-4% lead through the entire test. It also got to 100% about 10 minutes earlier. Good news, right? Not really.

See in this test the iPhone got off to a slightly quicker start, 2% in the first 10 minutes. When we remove that 2% head start we get a chart that looks like this: 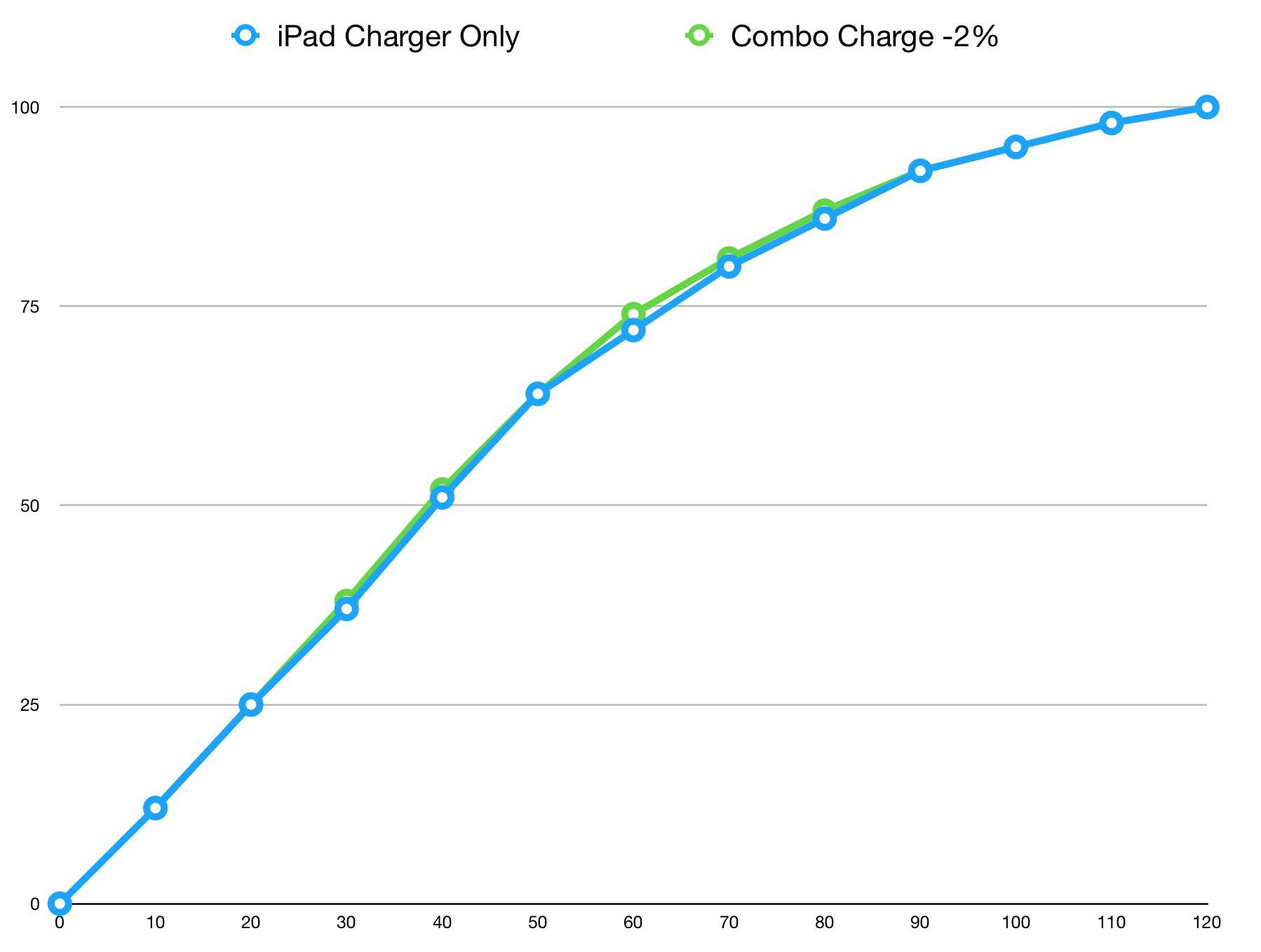 My conclusion is that you should not try to combine your charging methods to get a faster charge. I think the 2% lead the combo charging method got in the first 10 minutes was a fluke and was caused by a random variable I can’t control in either the iPhone, the chargers, or the outlet. Removing that small deviation results in charging speeds exactly the same as if using just the wired charging on its own.

I’m sorry to burst anyone’s bubble on this one. Honestly in the back of my head I was kind of hoping this would be true. Oh well, this is why we test things, right?

The Google Pixel 2 is sporting a 5 inch OLED display, and…