Computational Zoom on the iPhone 11 Pro

Google talks a big game about how they enhance zoomed photos in a feature they call Super Res Zoom, which I have tested in the past and found to be less effective than the additional hardware found in the iPhone XS. The Pixel 4 will be in my hands soon and I'll be testing out zoom there, but in the mean time I got a question on Twitter I wanted to check out.

So I was always taught not to use any digital zoom but crop it later, is that not good?

Well, Google says they're doing magic to make digital zooms better, so let's see if Apple is doing the same thing. Here's the picture from the top of this post zoomed waaaaay in on the one way sign: 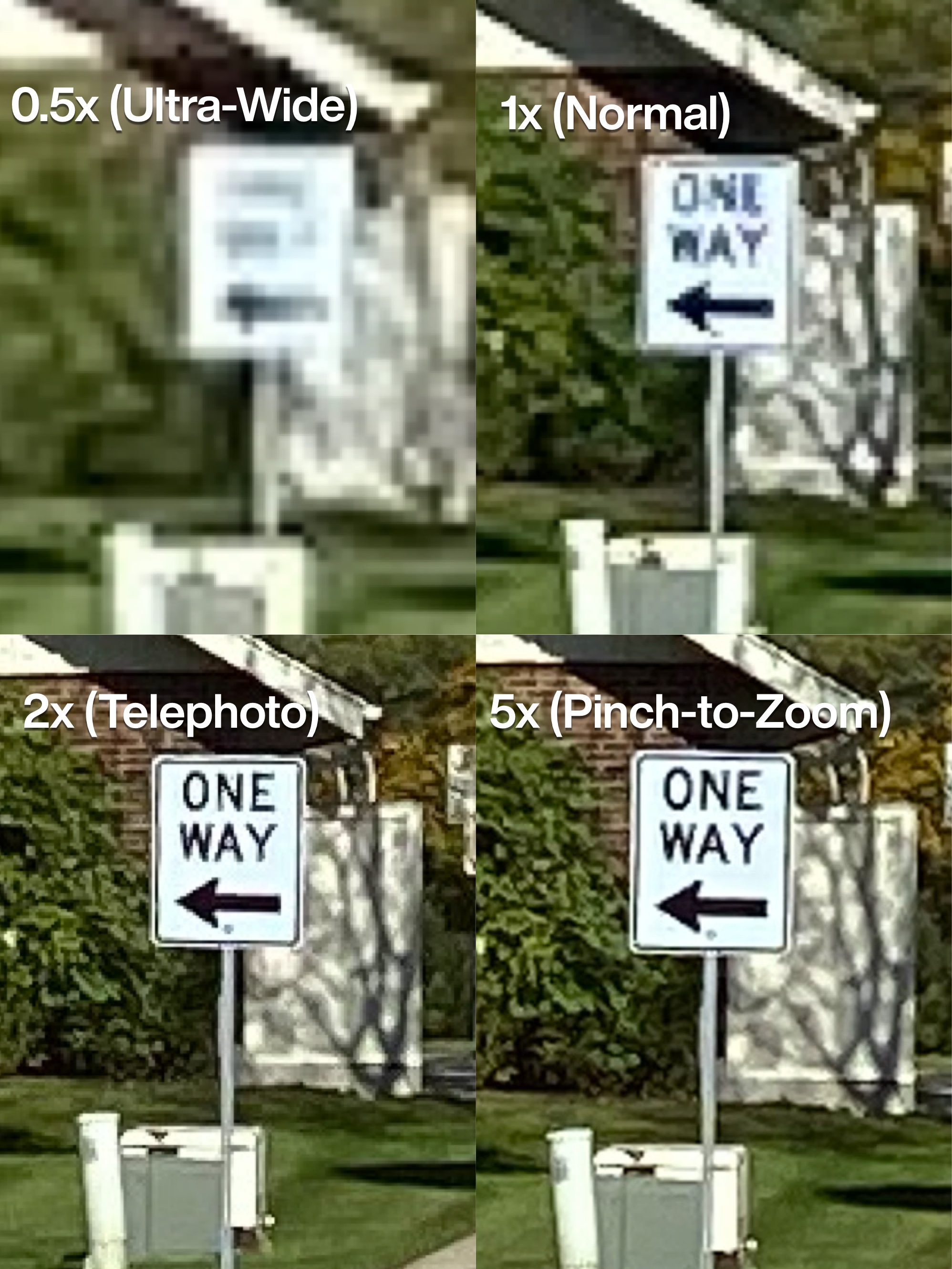 The zooms on the ultra-wide and normal lenses are hilariously bad, but it shows how much benefit the 2x telephoto lens offers. but comparing the 2x optical zoom to the 5x digital zoom doesn't show much difference to my eyes. It looks like the 5x photo is softened a bit to reduce the hard edges, but it's not adding any actual details.

And here are the crops in on the center of each photo: 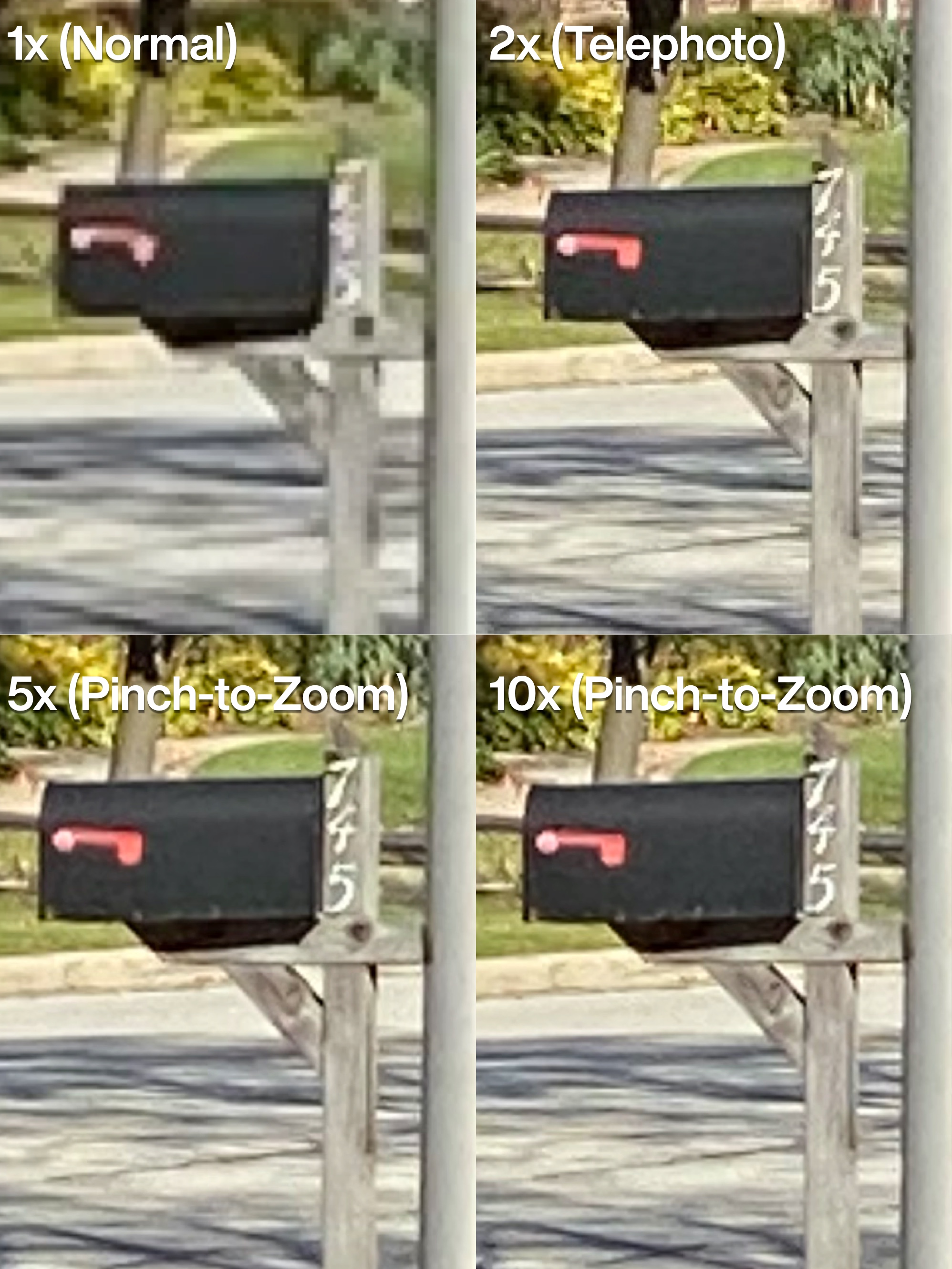 Again, we see vast improvements over the 1x lens, but the 2x, 5x, and 10x zooms all look really, really similar. The 5x one looks a little fuzzy, but I'll chock that up to minor focus differences between shots, as the 2x and 10x photos are more clear.

It appears on the iPhone that the digital zoom does not do anything to add details that would not have gotten in the standard 2x optical zoom. It softens the image a bit to make it look better, but that's not actually adding anything and just makes the full 12MP image it spits out a little less harsh.

So if you need to zoom in on something, feel free to stick to the 2x zoom when taking the photo and cropping in later, you're not going to get better results by digitally zooming in more.

This is going to be a different type of review. In part…

Astral Photography on the iPhone 11 Pro and Pixel 3a

https://youtu.be/hSBMi02DigM I installed the pre-release version of the Google…