I ran a series of posts today that looked at the iPhone rumor mill in 2016. You should definitely read each part of that series to see what was rumored, and in this post we're going to look at the numbers over the course of those 9 months of rumors. So as not to drive myself insane, I should clarify that this research was done exclusively via MacRumors posts, so if MacRumors didn't pick something up, I didn't cover it in this series either.

I recorded 77 total rumors that made it to MacRumors between January 1, 2016 and September 6, 2016. Of those 77 rumors, I found 41.5 of them to be accurate, or 54% of all posts. That's actually pretty good, considering we generally say "that's just a rumor" and dismiss these right away. 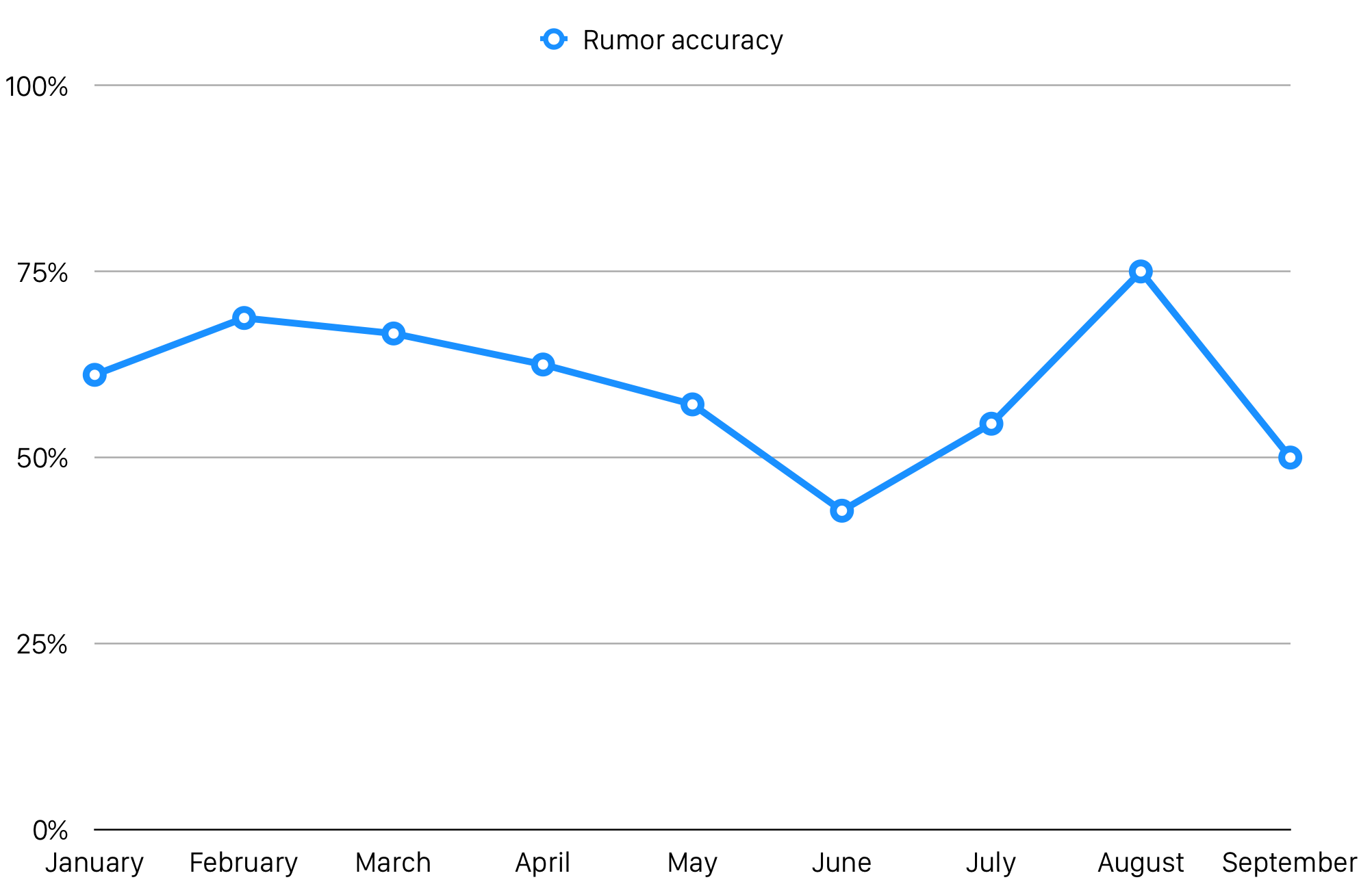 One might expect rumors to get more accurate at time went on, but that is not what I found. August was the most accurate month, but February was right behind it. February did include some iPhone SE rumors, which came out in March, so it makes sense there were more accurate rumors for that phone in February. 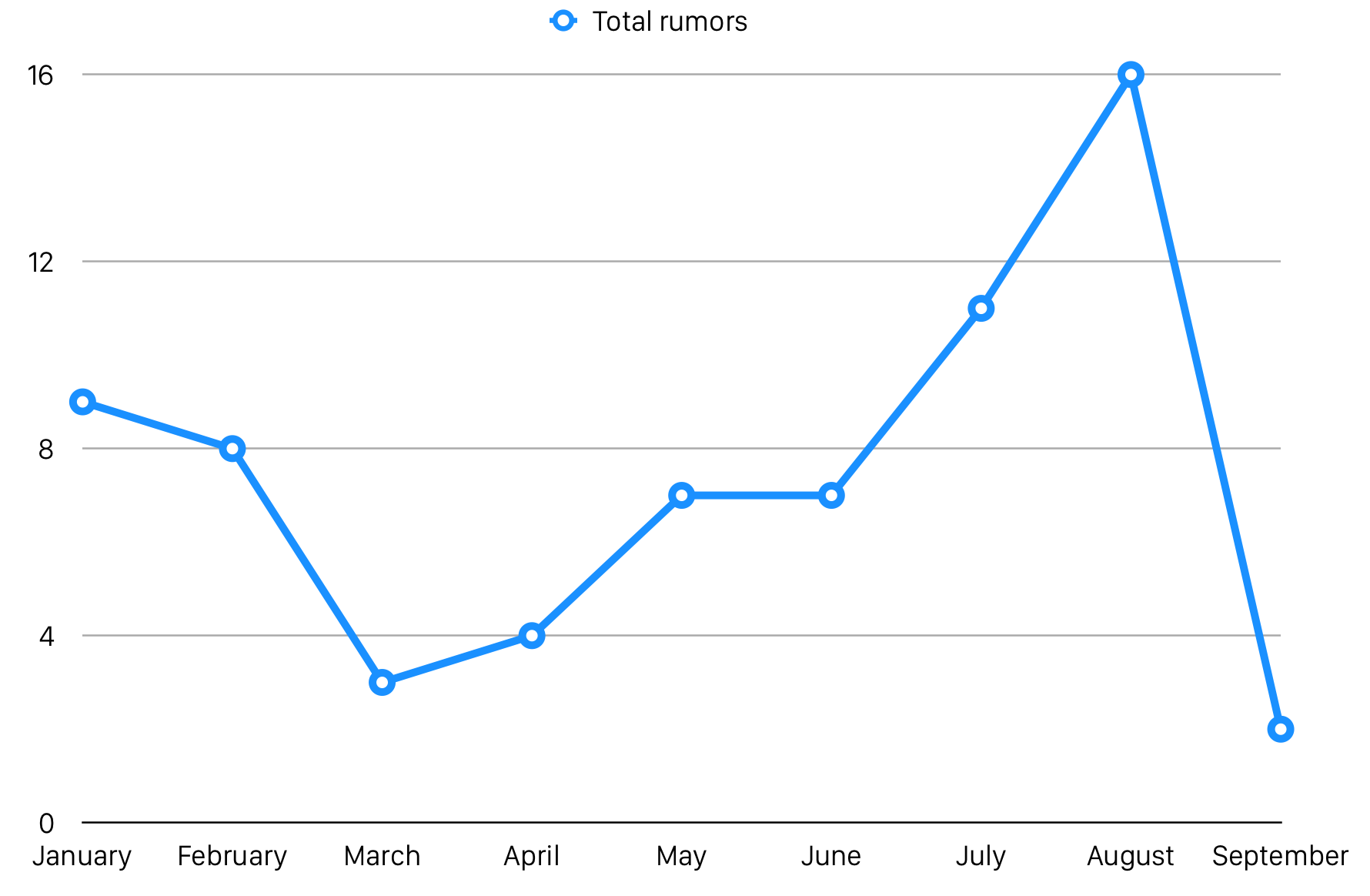 As expected, rumors started to ramp up in the months leading to the iPhone 7 launch date. There was a lull in March and April, but from May to August we saw consistent increases in rumor density. Incidentally, there were more rumors in January and February because the iPhone SE was about to come out so SE rumors were padding the numbers over those 2 months.

January 8 - The name "AirPods' is first used as a name for Apple's wireless headphones.

March 14 - We get the first clear look at the iPhone 7, albeit in computer render form.

July 22 - This post pretty much nails every aspect of the new iPhones that were still 2 months away.

I think Apple was seriously considering shipping the iPhone 7 Plus with a Smart Connector on the back of the phone. There were 8 separate rumors/leaks (10% of all rumors) that specifically mention the connector. Not only was it mentioned, but some of the earliest, best models of the iPhone 7 Plus had the connector on them. These were not the out-there renderings, but the ones with the exactly correct dimensions and camera bump styles.

My overall takeaway from this exercise is that rumors are not to be trusted at face value, however you can take get a very good idea for what the new iPhone will be like by looking at the rumors as a whole. While no one rumor may have everything nailed, most rumors have at least a basis in reality.

There are tons of rumors circulating today about the new iPhones coming this fall, and I don't know what rumors will turn out to be true and which ones are junk, but I can tell you I'm fairly certain at least some of the photos we've seen are basically correct. I just don't know which ones yet!