This is part 6 of a multipart series on Android Oreo. The subsequent parts in this series will be posted daily to BirchTree, so subscribe via RSS, Twitter, or Apple News.

Like the Apple Watch, AirPods are an excellent iPhone accessory that makes me less likely to permanently switch away from iOS anytime soon. They’ve become central to my phone usage, and thankfully they do work with Android, but there are some limitations so you don’t get the full AirPods experience.

The pairing process is similar to iOS, as you must hold down the button on the pack of the AirPods case, but instead of them just appearing on screen, you have to go to the Bluetooth settings page and add them from there. It’s just a matter of tapping the Pair button and waiting a few seconds, but it’s not as convenient as simply flipping them open and having the pairing interface pop up automatically.

One of the things you’ll notice every time you use AirPods on Android is that they don’t turn themselves on the same way as they do on iOS/macOS. When using AirPods with an iPhone, AirPods will turn “on” and iOS will start routing your audio to them when you put them in your ear. Android does not get the ear detection magic that iOS does. Instead, your AirPods will turn on and connect to your phone the moment you take both of them out of the case. Losing ear detection also means that your audio will not pause when you take an AirPod out of your ear, you will need to put them in the case for them to disconnect.

This also means that you can not take out one AirPod and use it alone to listen to something while leaving one ear open (I do this regularly when doing the laundry and cleaning the house). You need to have them both out of the case for them to connect to your phone.

That connecting/disconnecting process is also slower than I would like. On iOS, AirPods connect to my phone within a second of me putting them in my ears. With Android the connection process is much slower, typically taking 5-10 seconds to pair and start rerouting audio. Likewise, taking them out of my ears does not stop playback, so I need to put them back in the case to disconnect, but even then it takes a few seconds before they actually disconnect from my Pixel 2 and audio stops. This is most frustrating with listening to an audiobook and I’m trying to stop listening right at the end of a chapter.

The good news is that most of the tap controls carry over to Android. Play/pause, next track, and previous track controls all work exactly the same on Android as they do on iOS, but the option for Siri sadly does not convert to Google Assistant when synced with an Android phone. Instead, if you have Siri set for one of the AirPod gestures, it will map to Play/pause on Android. This is not ideal, as it would have been really nice to be able to get Assistant features in AirPods.

It’s most likely no surprise to anyone, but audio quality and battery life are exactly the same as it is on iOS. You’re probably thinking “duh!” right now, but it’s worth stating just in case you were wondering.

Finally, I’ve noticed more connectivity issues with my Pixel 2 than I even have with either of the iPhones I’ve used with AirPods. Sometimes I’ll hear the “connected” sound play multiple times when putting them in my ears as they seem to connect and reconnect a few times when first starting up. I’ve also had issues where audio only come out of one ear (usually the left) and not the other. Hitting pause and then play seems to address this issue, but it’s a weird one. As for general connectivity, I like to run with my AirPods, and they are usually rock solid at staying connected to my iPhone or Apple Watch, but I’ve had numerous occasions where the audio cuts out for a moment here and there when running when connected to my Pixel. Since this does not happen with my Apple devices, I’m guessing the W1 chip is doing some magic to make this connection stronger than the standard Bluetooth connection.

This may be a Pixel 2 or Oreo thing, but I have an issue where Android does not remember the volume set for audio devices that have previously been plugged in. For example, if I listen to my AirPods at 75% volume and my Bluetooth connected speaker at 40% volume, the phone should change its volume to each of those levels when connecting one of them. This is not the case on my Pixel 2 running Android 8.0 (nor the just released 8.1), as connecting any device to play audio brings the volume down to 30%. Even turning the volume to 100% while listening to AirPods, disconnecting the AirPods, and immediately reconnecting brings the volume back down to 30%. It’s a frustration every time I use any Bluetooth audio device, and AirPods are not exempt from this frustration. 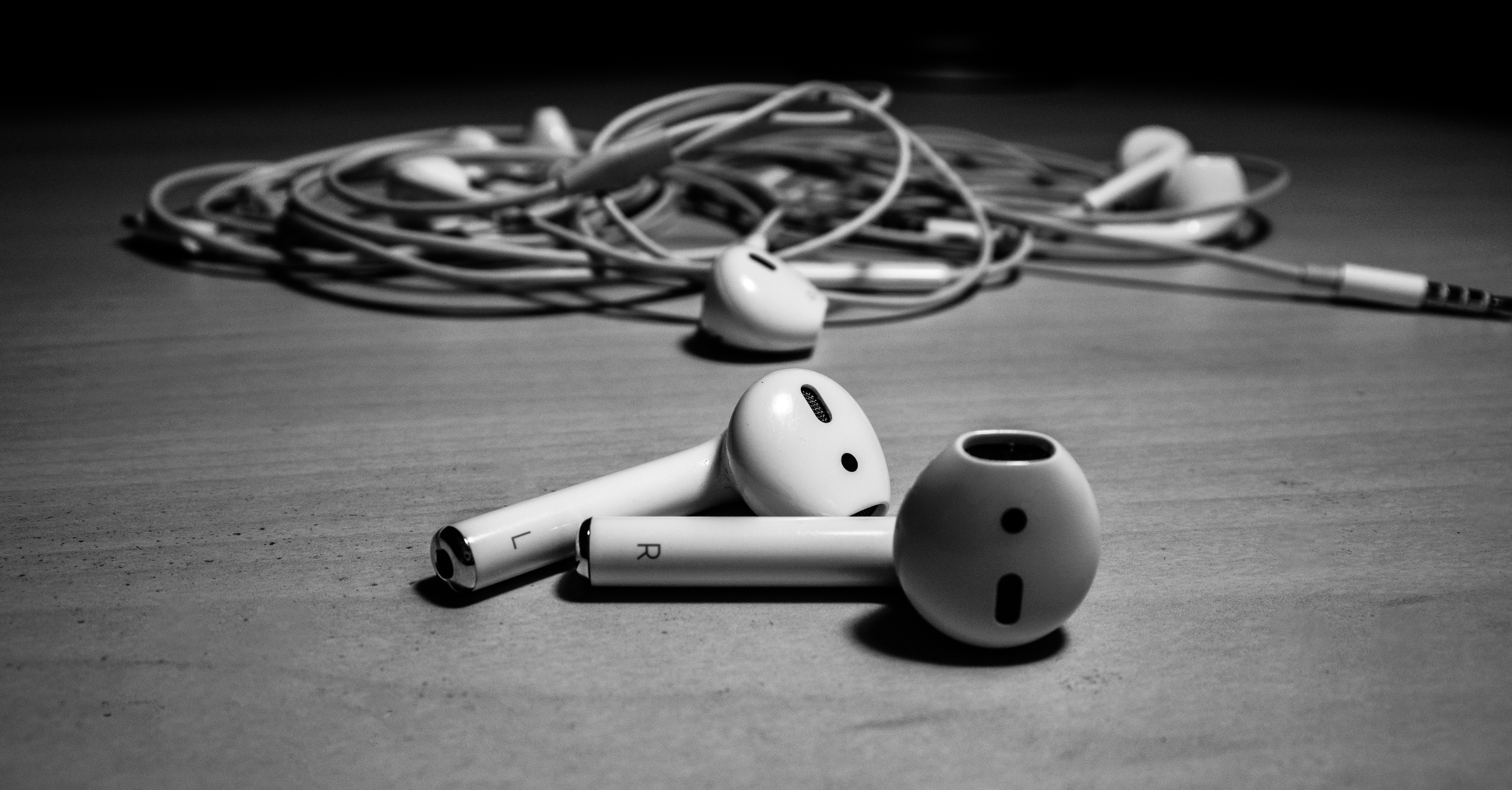 At $159, AirPods are not a cheap pair of headphones, so they really need to be excellent at some things to make them worth that amount. On iOS they justify that price point though a long list of small features that add up to a wonderful overall experience. Sadly, you lose some of that AirPods magic when using them with Android. The loss of automatic ear detection is a big loss, as it makes every experience using them a little less natural then they normally are with iOS. The fact that you can not use them to talk to Google Assistant (well, sorta) makes them less useful than they are on iOS, and the general poor handling of Bluetooth devices on Android makes them feel less perfect.

I still think they’re better than many Bluetooth headphones, as the simple fact it does not have any buttons for turning them on/off is nice, as is the still excellent charging case they come with, but I wouldn’t say I love this experience the same way I love the experience of using them with my iOS devices. If you have AirPods already and are going to Android, you can still use them and they’ll be okay, but if you are all in on Android are are wondering if you should pick these up now, I don’t think these are an essential purchase.

The BirchTree Podcast #44: Back on iOS

I put my SIM card back in the iPhone! Subscribe to The…